One of the things I learned when I was in the Army was the principle of "Defence in Depth" - in other words don't rely solely on one line of defence, but have several. These days I apply this principle to my gardening activities.When I sow some seeds I often sow them in more than one container, and I often sow some more of the same type a couple of weeks later. If one of the batches fails for any reason, the other may do well. I would like to show you how I have used this principle in relation to next year's Purple Sprouting Broccoli.

When I sowed my seeds I sowed far more than was strictly necessary. I usually only grow 6 Broccoli plants (as many as will fit in one of my raised beds) but I sowed about 50 seeds of two varieties, in two large pots. When they were at the small seedling stage I transplanted them to indivdual pots. 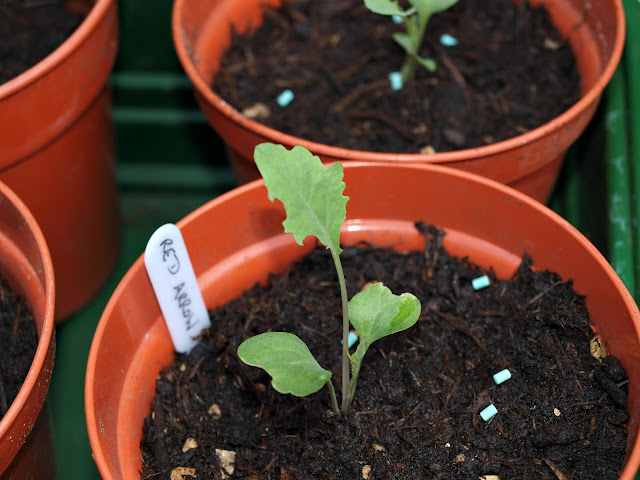 Then when planting time came I was able to select the best 3 specimens from each type. I didn't discard the rest. I kept them as spares. 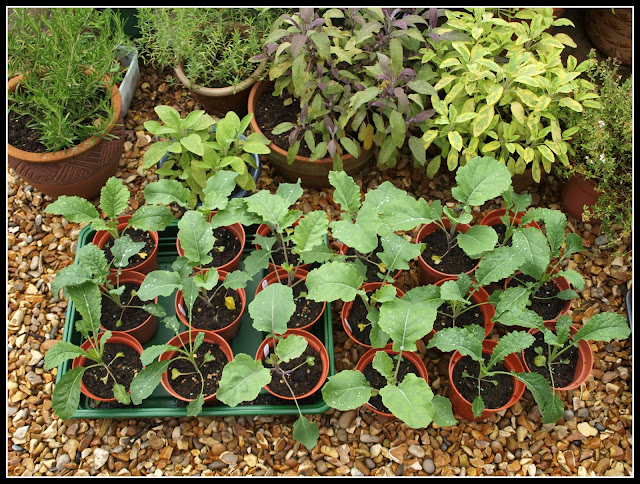 Unfortunately, soon after planting out, the Cabbage Root Fly struck, despite the fact that I had applied nematodes and used brassica collars. One of the "chosen six" was badly hit, and another was affected but less seriously. I was getting ready to deploy my Reserves, but then many of the reserve plants died too! At this point I was very worried and I thought I would lose the whole lot, so I immediately sowed another batch of seed, even though it was really too late in the year for this. A desperate measure you could say, but having Broccoli to harvest in the early Spring is very important to me, so I'll stop at nothing!


You'll laugh when you hear what else I did.... I unpotted my Reserves, manually picked off the Cabbage Root Fly maggots from their roots, and re-potted the plants in fresh compost! As a further remedial measure I gave each plant a good squirt of multi-purpose bug-spray down near its roots. I don't know whether this was the deciding factor, but somehow many of the plants recovered and are surviving. Five of the "chosen six" are looking nice and healthy now, and even the one that I had thought to be totally doomed is still alive (albeit a lot smaller than its peers), so maybe my late-sowed batch of seedlings will not be required after all.

﻿﻿﻿﻿
The moral of this tale is that I had lots of different options, and I felt sure that at least one of them would succeed. I know that not everyone wants to go to this amount of trouble, but it's an approach that works for me, especially since I am growing things in such small quantities. I am lucky in that my little garden is right outside my back door and I can easily keep an eye on it. Perhaps if I had to trek to the other side of town in order to tend an Allotment I might not be quite so meticulous?
Posted by Mark Willis at 17:30