Who was it that wrote in a comment on my blog a few months back "Don't bother trying to grow Aubergines in the UK. They never do well and you'll be lucky if they set any fruit" (or words to that effect)?

Well I don't care who it was, because I have proved them wrong! My two "Pingtung Long" Aubergine plants have done much better than I expected, and they have both now delivered their first mature fruits.

The very first fruit is visible in this picture from 19th August: 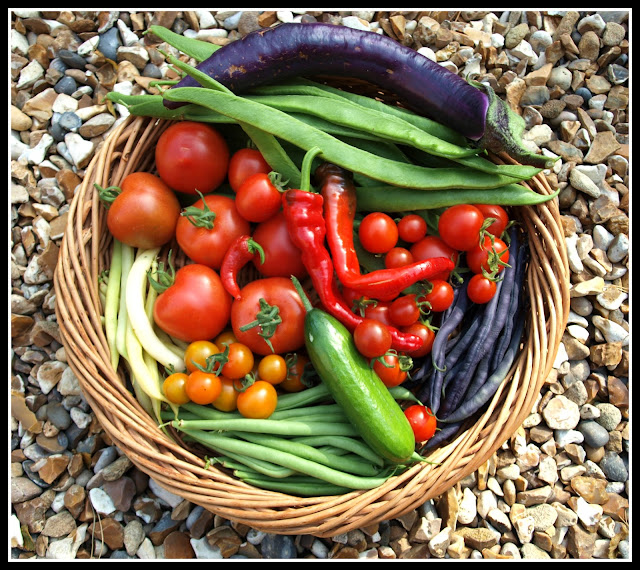 And now the other plant has produced its first one. This fruit is over 12" / 30cm long. 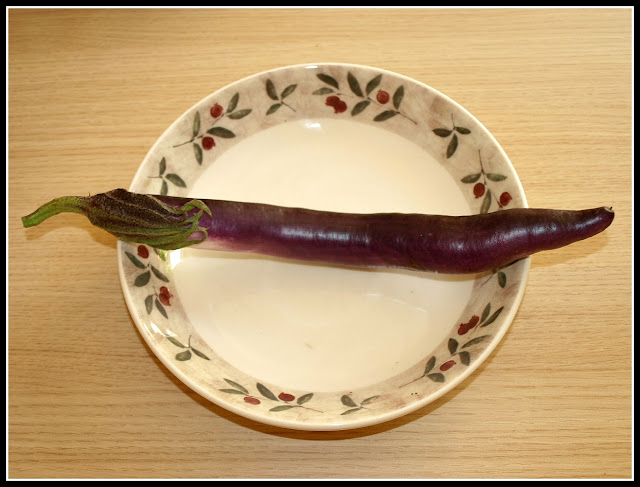 I'm sure it would have grown longer if I had let it - but you know how impatient I am... 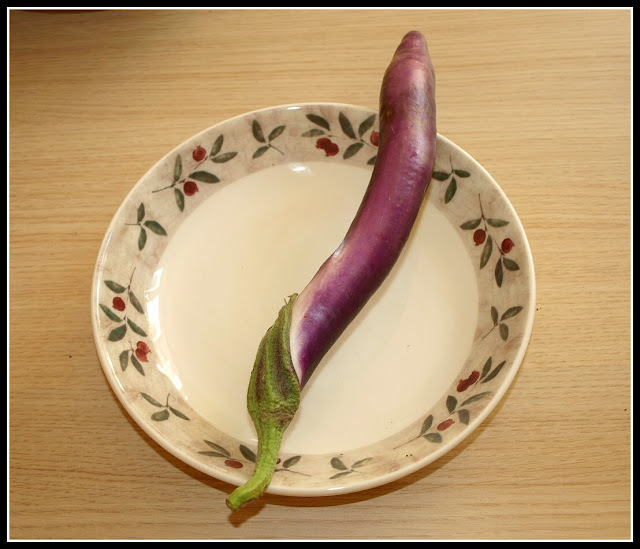 The plant that produced it is groaning with further fruit - about another dozen or so, I would say, at various stages of their development - and that's not counting the ones still at the flower stage. 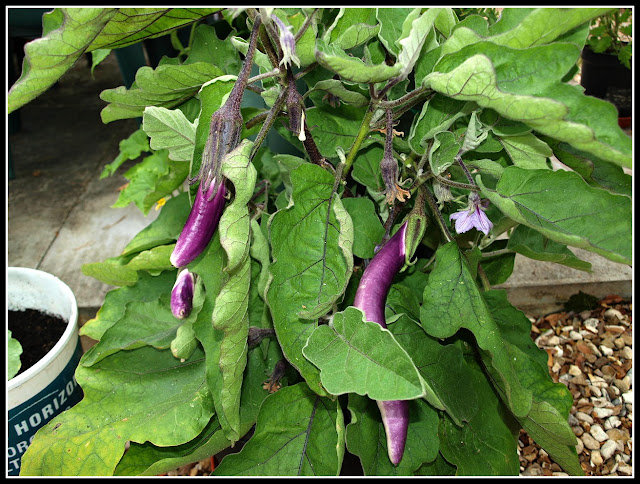 Now, you may recall me saying that we are not keen on eating Aubergines, but that we were prepared to try them again with home-grown ones. Well, we ate the first one the other night in a Filipino-style beef, vegetable and peanut dish. It was actually quite pleasant. There was no bitterness, and the skin was not tough. And of course you have already read about the Aubergine relish I made... So, I think it is safe to say that we will be trying a few more dishes that include Aubergines.

The key to my success may have been the use of my trusty plastic mini-greenhouses, in which the plants were raised in their early days, successfully protecting them from the atrocious weather.

My other unexpectedly good result has been with cucumbers. Last year my "Marketmore" outdoor cucumbers were a complete washout, producing only one solitary (and very bitter) fruit. This year I switched to a Lebanese or cocktail-type cucumber, an F1 variety called "Iznik". Early in the year I thought I was going to have another total failure, since the plants struggled even to survive in the cold wet conditions we endured during the Spring. Starting from 6 seeds, I eventually ended up with 2 plants, both of them looking pretty sickly. With the advent of warmer conditions though, they bucked up a lot. I have already harvested 12 cucumbers, and they have been really nice - firm and crunchy without being in any way tough.
Last Thursday I picked 6 fruits all on the same day: 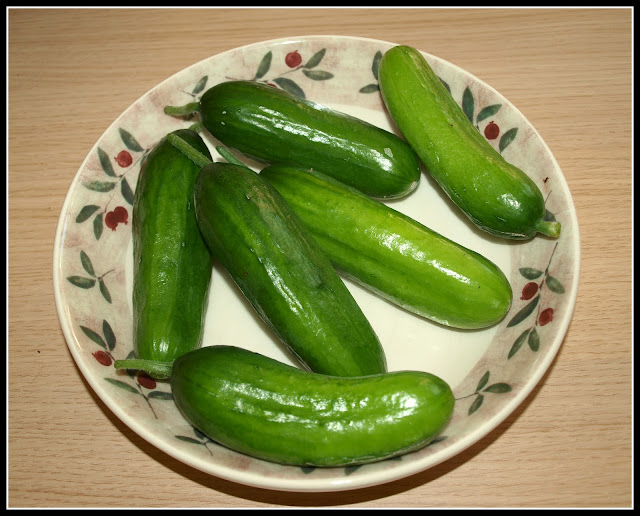 I haven't been able to get a decent photograph, so you'll just have to take my word for it that there are loads more cucumbers to come. Great! I think they are wonderful, and I will definitely be growing this variety again.


Maybe next year I will delay sowing until about the beginning of May though. This year my early sowing was not a good idea, and with warm conditions cucumber plants grow very rapidly.
Posted by Mark Willis at 17:30