"Burgeoning". It's a quaint word, isn't it? I expect some of my non-English-speaking readers may not know it. It means something like "beginning to grow rapidly, or flourish". It carries connotations of good things to come - bumper harvests for instance.

My beans are burgeoning right now.

Here are the "Cherokee Trail of Tears" ones: 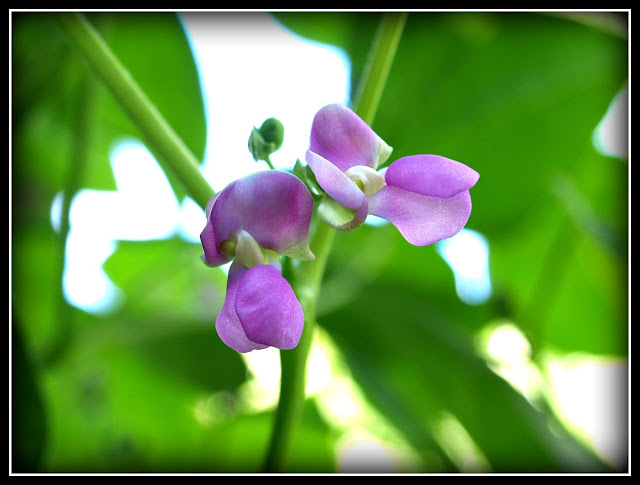 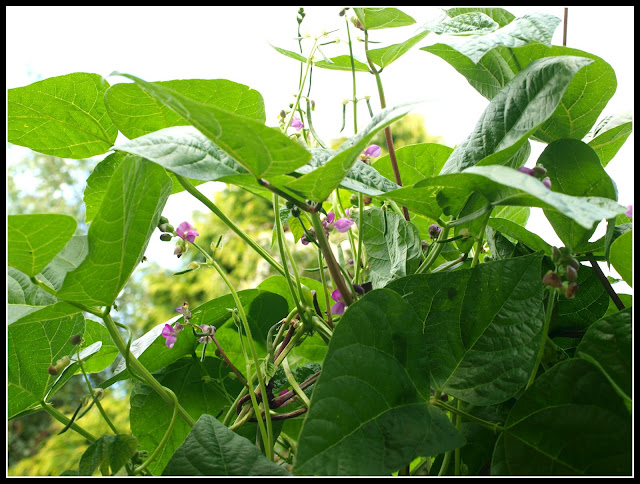 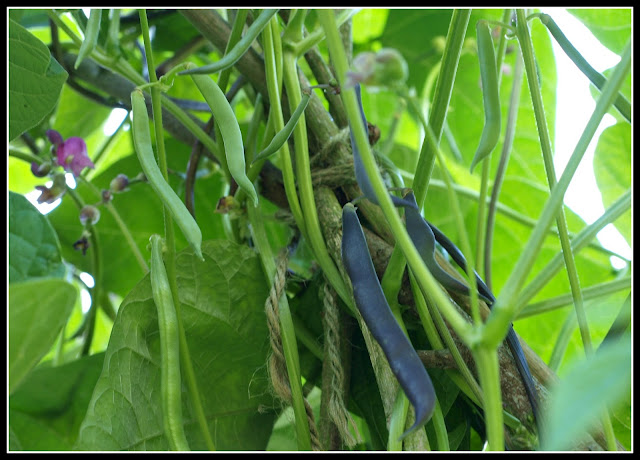 See! Burgeoning. But the Runners are perhaps burgeoning even better: 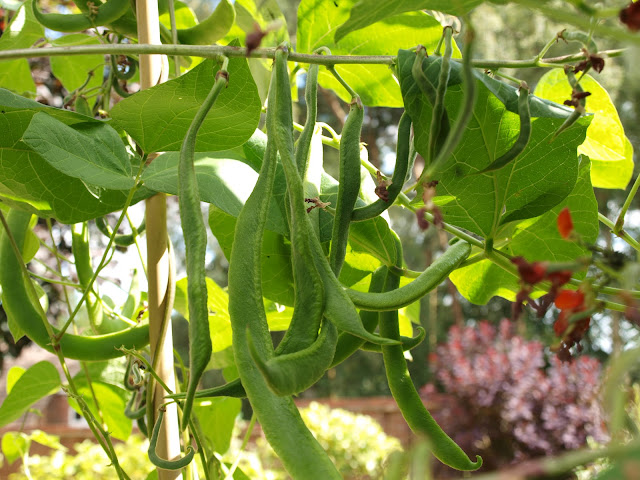 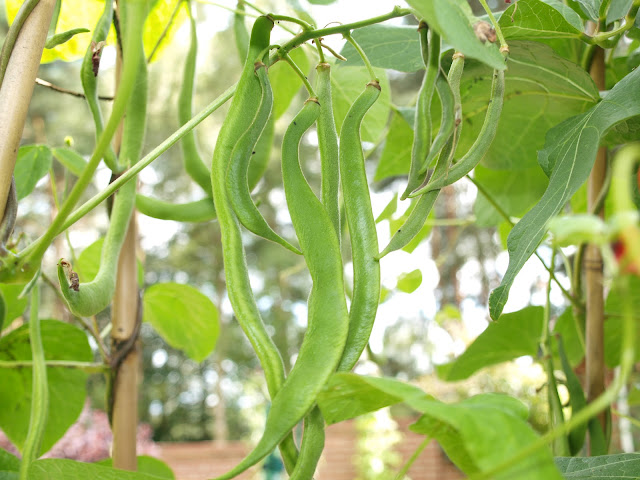 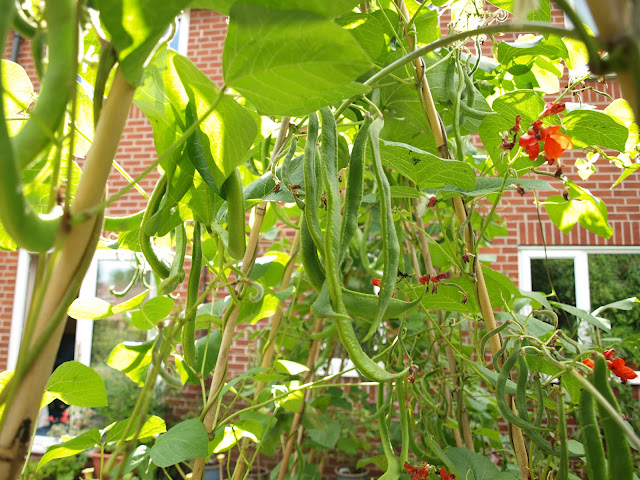 Lots of my Runners this year are very curly. Fortunately they seem to straighten out as they get bigger. 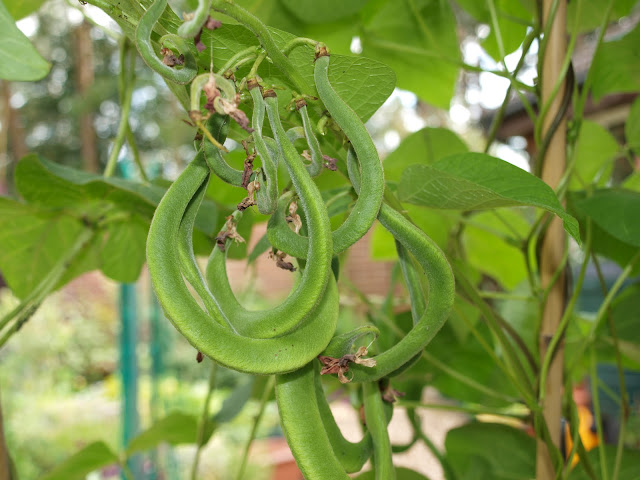 The "Michelse Tros" are perhaps the least good, though even they have a fair few pods now. These are the ones with the nickname "The Mushy Pea bean". I have never tried them before - either to eat or to grow - but I think I can imagine what they will be like. The instructions on the seed packet didn't give much advice, but I plan to grow the beans to maturity and dry them for later use. I'd appreciate any relevant advice from anyone who has grown them before. 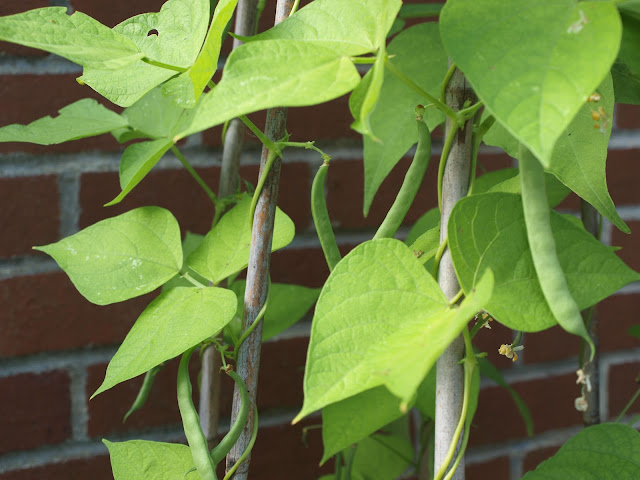 You can already see the beans swelling up inside the pods. 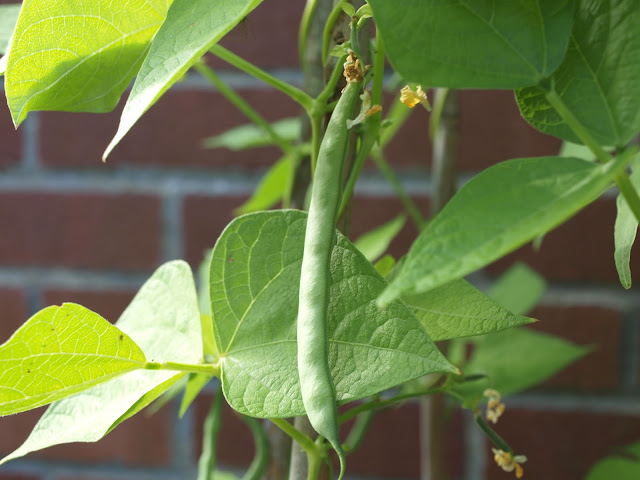 ﻿
In the big tub with the Michelse Tros are the climbing French Beans "Cobra". They made a very poor start (due to the excessively shaded location, I think), but they have picked up a bit with the advent of warmer weather - and because they are now tall enough to poke their heads above the wall and benefit from more direct sunlight. 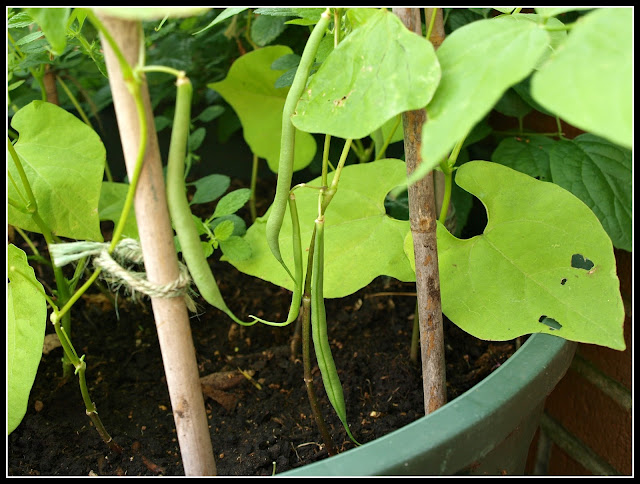 Those pods are small at present, but Cobra produces very big pods that stay tender despite the fact that they get to about twice the size of a normal French Bean. These ones are about half-grown: 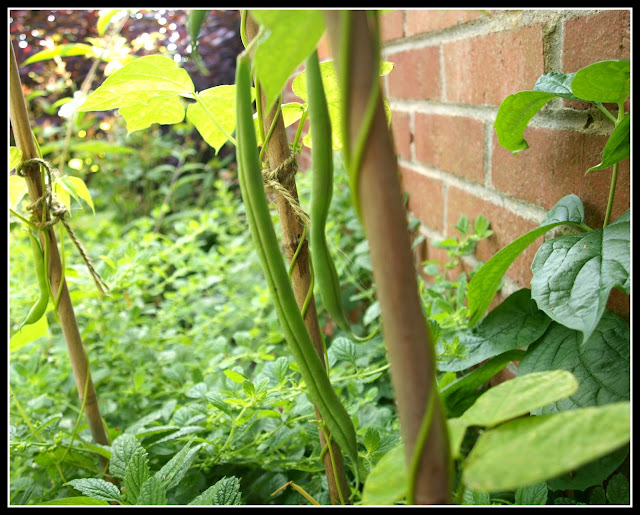 Meanwhile, I have Dwarf French Beans of 3 different varieties ("Speedy", "Polka" and "Amethyst") growing in pots. I have one pot of each type at two different stages, one which will be ready just as the other is finishing - I hope. 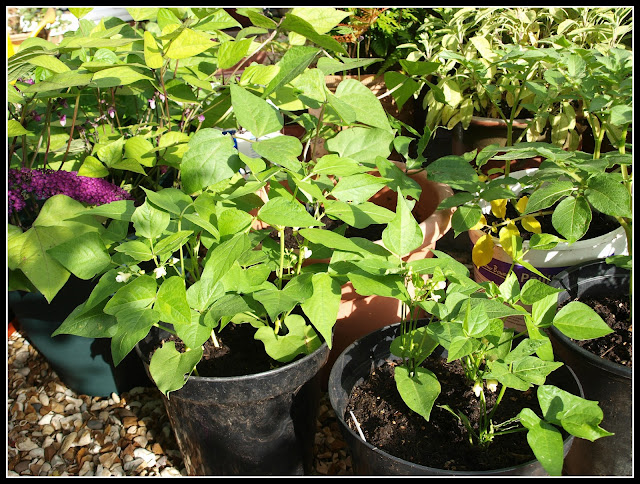 This one is Polka, whose pods are green when young but mature to a deep golden yellow. You can see that the Blackfly have taken a liking to it: 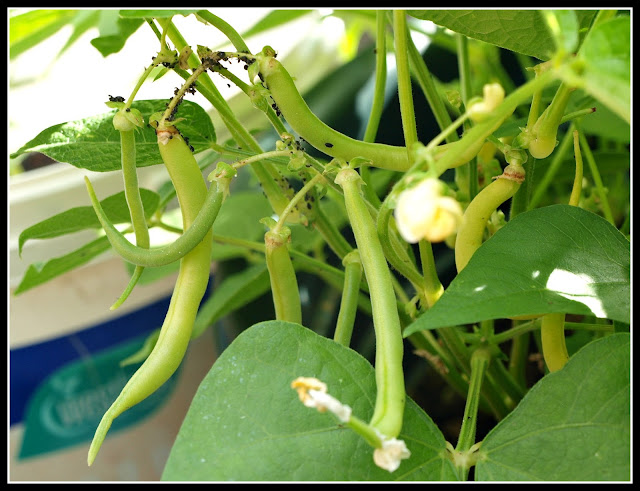 Fortunately they seem to prefer the stems to the pods, which suits me just fine. If we spilt the bounty that way there is enough for everyone! I don't think I'm going to be short of beans this year...
Posted by Mark Willis at 17:30