Some readers may remember that earlier this year I had a major issue with pigeons eating the foliage of my Philadelphus tree... With its leaves all gone it was abundantly clear that the tree was an eyesore that need some serious attention: 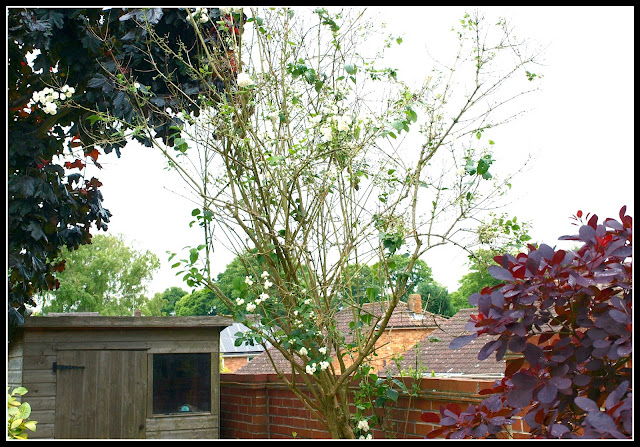 I decided that once it had finished flowering (Yes, amazingly, it did produce some flowers) I would prune it very hard and try to re-invogorate it. Well, that time has now come.

Armed with a long-handled loppers, pruning-saw and secateurs, I took the tree right down to about four feet tall. I removed all the straggly branches and even some of the main stems / trunks, which were very cramped and rubbing together. So now I am left with this: 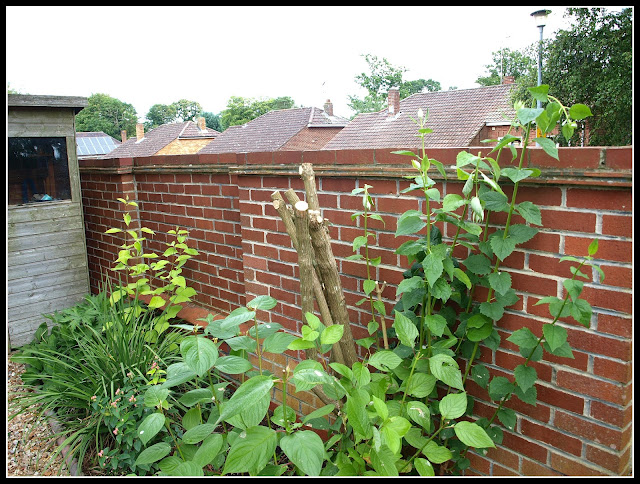 There are now four main stems / trunks, and I hope that each of these will produce a mass of new shoots at its top. If this happens I should end up with a "lollipop-shape" bush, which will have a much better ratio of flowers and leaves to wood. There are also a few thin stems growing from the base of the plant (you can see them at the right in my photos). Since these look pretty healthy I'm leaving them in place. 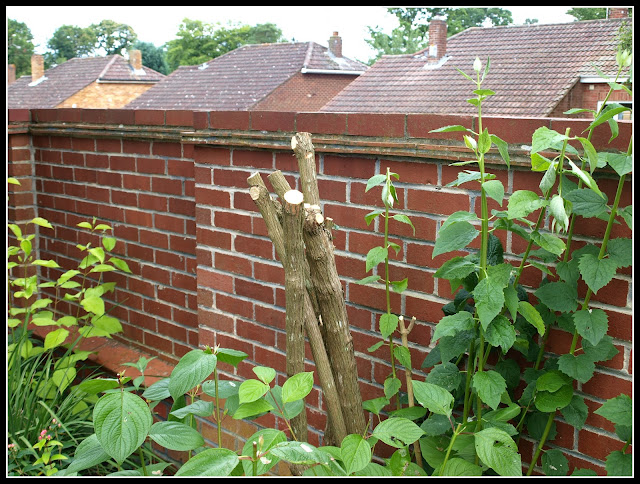 I just want to put in a word here about tools. Having the right tool for the job makes a big difference, and I would have had a much more difficult time if I had not had this amazing pruning-saw made by Bahco. It is very light but incredibly sharp. It went through the Philadelphus wood like the traditional hot knife through butter! I would say that a saw like this is an essential tool for any gardener who grows anything bigger than a shrub. 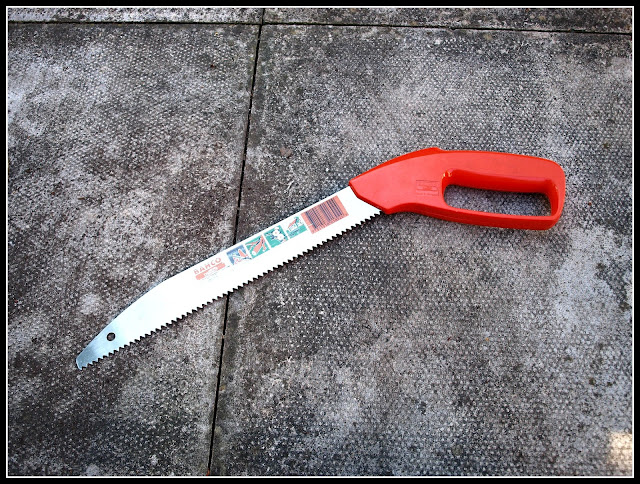 The amount of wood and twigs that came off that one tree was prodigious! Pruning the tree was actually a fairly brief task, but dealing with the trimmings took much longer. I kept several long straight branches, which will be used as plant-support stakes. I sawed up the bigger branches and added them to my log-pile (aka insect hotel). And finally I cut the remainder into manageable lengths so that I could stuff them into old compost bags for eventual disposal at the municipal tip. Job done!
Posted by Mark Willis at 17:30