The blight on my tomatoes has got a lot worse these last few days, probably because of the weather conditions. We have had rain again, and this in conjunction with the warm(ish) temperatures has created the high humidity in which blight thrives.

Even if I got no more tomatoes this year, I'd still have to admit that growing them had been worthwhile. Home-grown tomatoes are just so much better than shop-bought ones!

In my first photo today you can see "Maskotka" (small red ones), "Sungold" (small golden ones) and a solitary "Speckled Roman" - and a little "Iznik" cocktail cucumber. 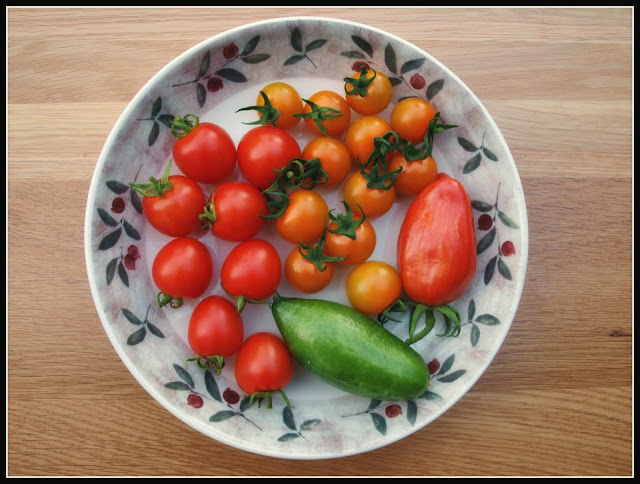 Here's a close-up of the Speckled Roman. The shape is really wierd. The fruits all seem to have a sort of "navel" at the end. 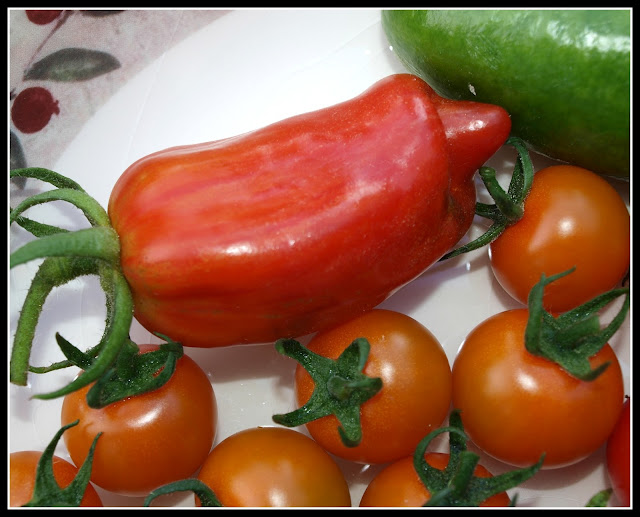 Unfortunately the blight is beginning to win the race, and rather than lose the whole crop, I have started picking fruit that is not really ripe, or in some cases completely green. I find that unless the fruits are very immature they normally ripen quite successfully indoors. When I say "immature" I mean ones that still have a dull (matt) finish to them. Once their skins go glossy, I think they will be OK to pick.

In this next photo the bowl in the foreground contains 800g of Plum tomatoes, picked very green. There are 5 "Speckled Roman" (top), 4 "Incas" (bottom right), and 3 "San Marzano" (bottom left). 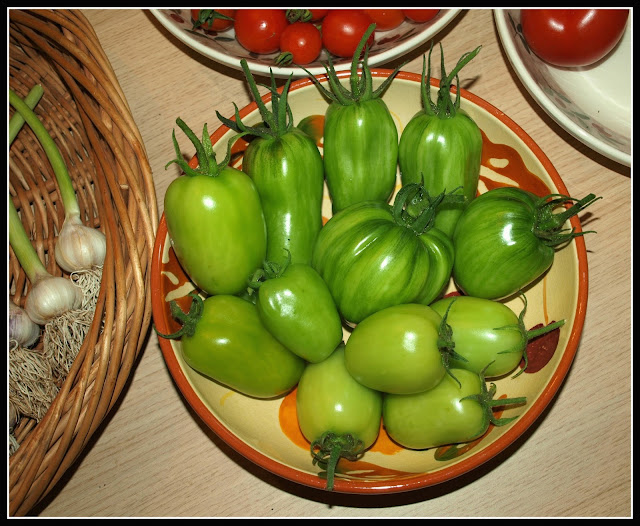 One way to hasten the ripening of green tomatoes is to give them the company of a very ripe banana. The banana exudes Ethylene gas, which helps the ripening process by acting as a catalyst in the conversion of starch to sugar. 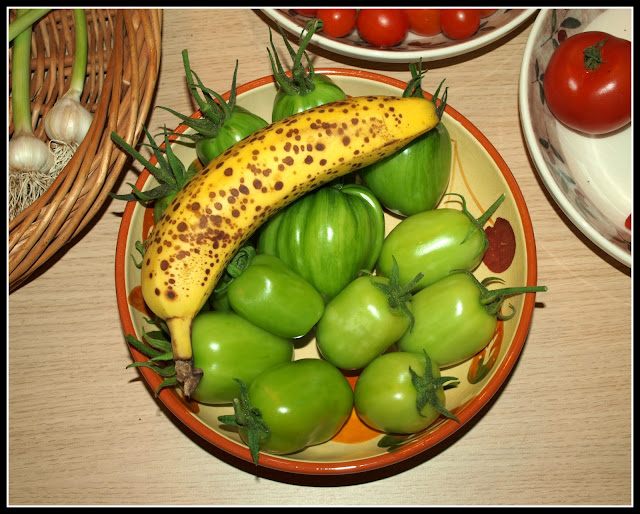 ﻿
Before storing these tomatoes I gave them a very thorough wash and I'll be keeping a close lookout for any signs of blight. Unfortunately although they look fine now, some of them may already be infected and they may go brown rather than red!