Some of you will have seen me mention that I'm allergic to the leaves of the Coriander / Cilantro plant. For this reason, it seldom gets used in our kitchen. Last year, however, a few plants came up as part of a pack of mixed salad, so I grew them on for Jane to use.They soon bolted and I left them to produce seeds. Once dried, we used these few seeds in a spicy cauliflower dish, and Wow! they were incredibly tasty. [Fortunately the seeds seem to have no adverse effect on me.] Encouraged by this I decided this year to grow a bit more and deliberately let it go to seed. This post charts its development, in pictures.

The seeds were sown on 16th March. By 29th April, they had grown into sturdy little seedlings. 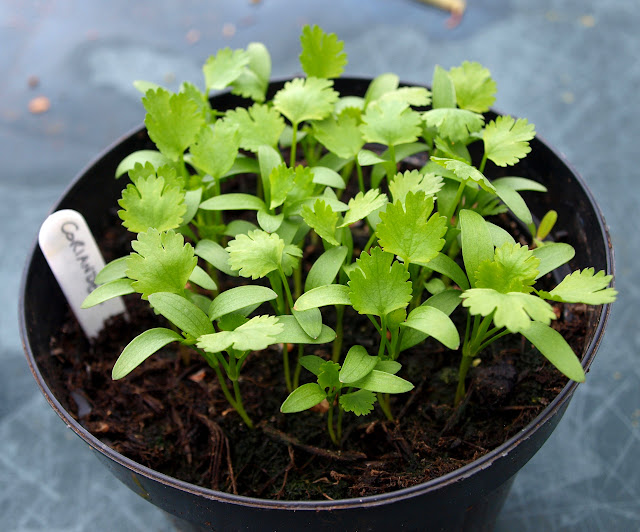 I pricked-out the seedlings into four small terracotta pots. By 20th May the Coriander was useable - as a leafy herb, I mean. 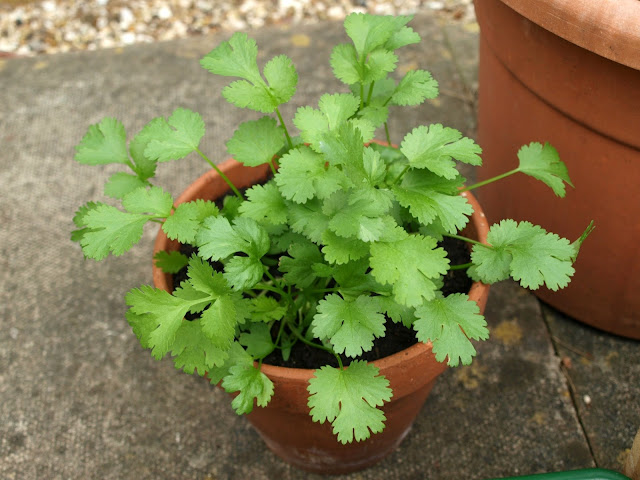 A fortnight later the plants had already begun to bolt, putting up fibrous stems like this. 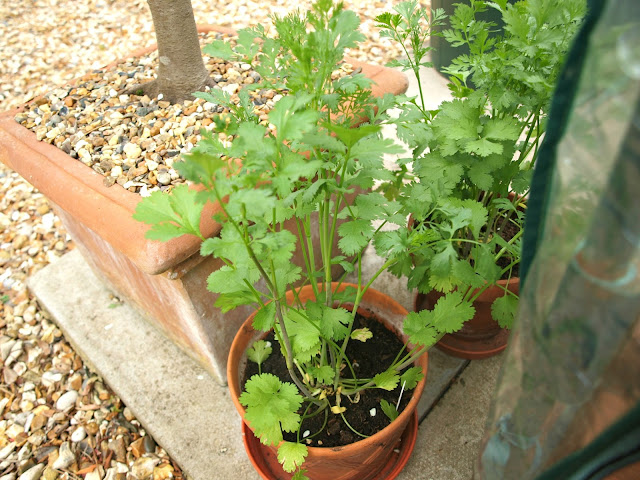 As the stem develops, the foliage changes shape and begins to look more like carrots. This is 5th June. 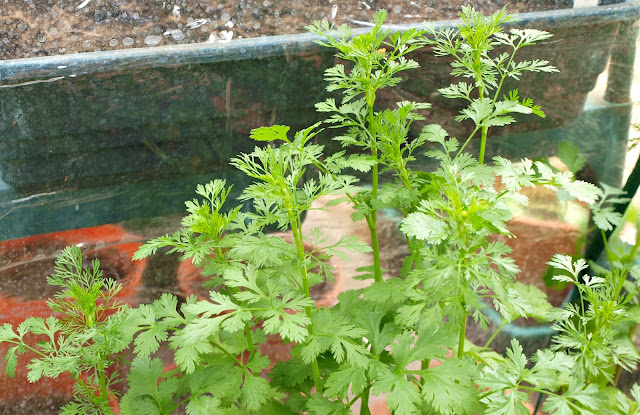 By the middle of June the stems were about two feet tall. (June 17th). 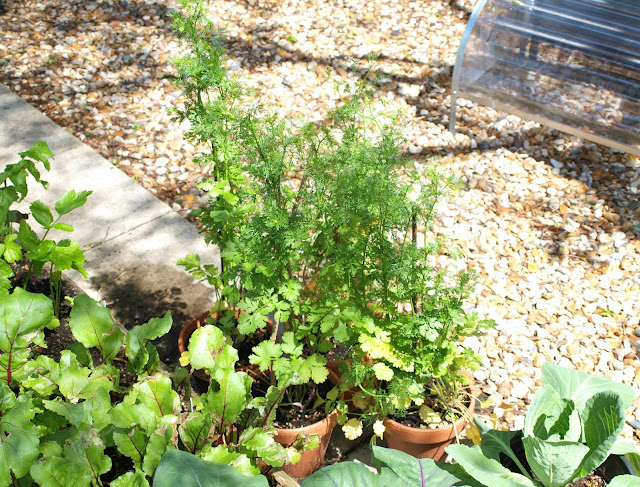 Very soon, the first tiny flowers began to open. This year my Coriander has light pinkish / mauve flowers, whereas last year's ones were plain white. 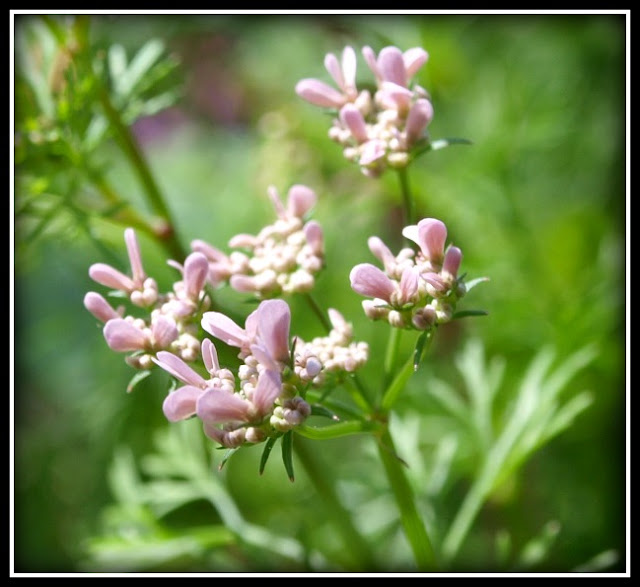 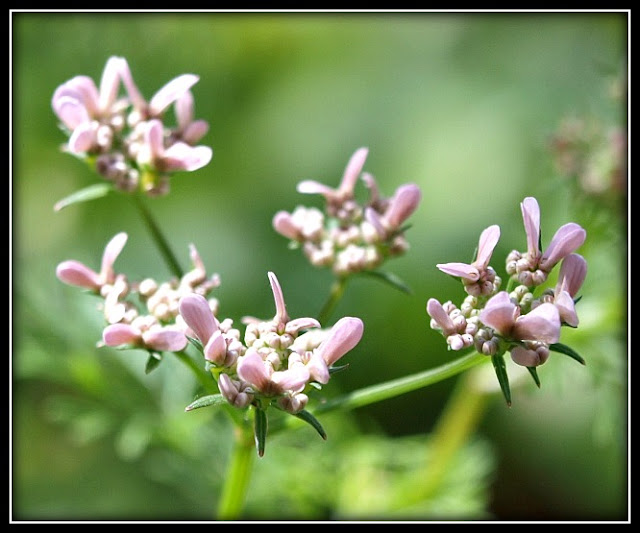 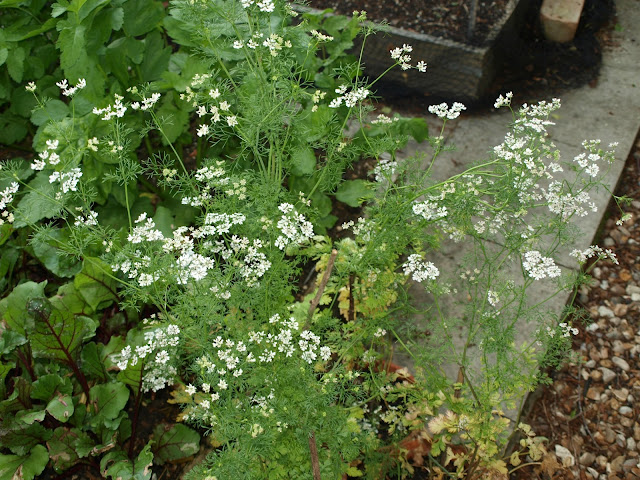 ﻿
As the flowers matured the mauve colour faded towards white. 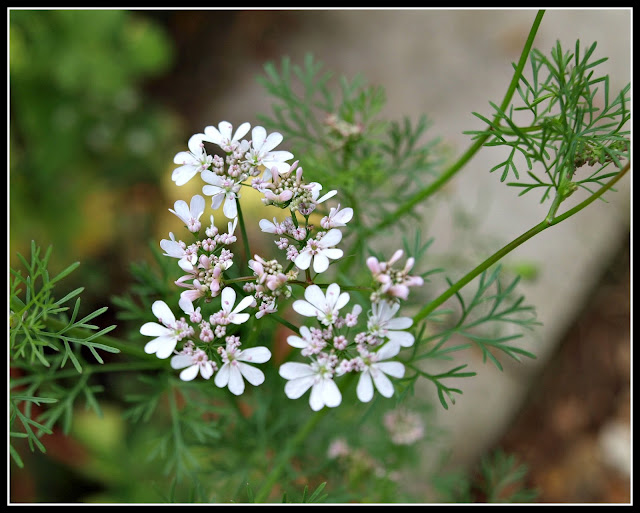 By July 1st the plants were about three feet tall and covered in flowers, the colour of which was now plain white. 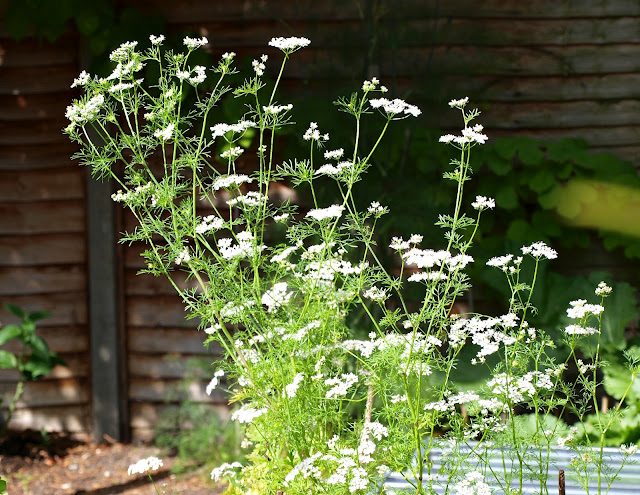 By August 1st the flowers had withered and given way to seeds, most of which were green, some of which were a deep purple colour like this: 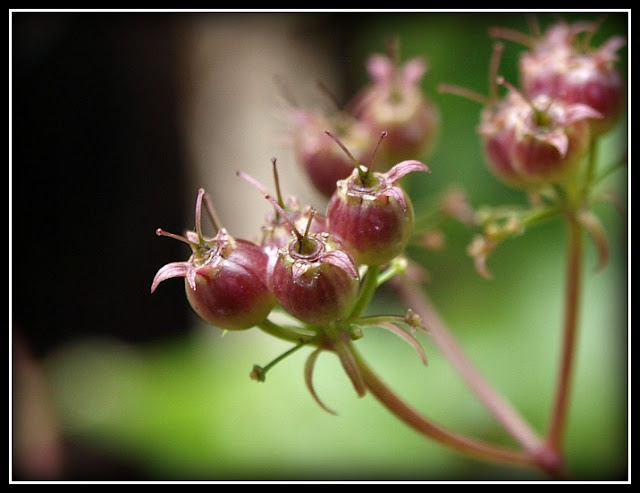 A week or so later the seeds were all beginning to turn brown: 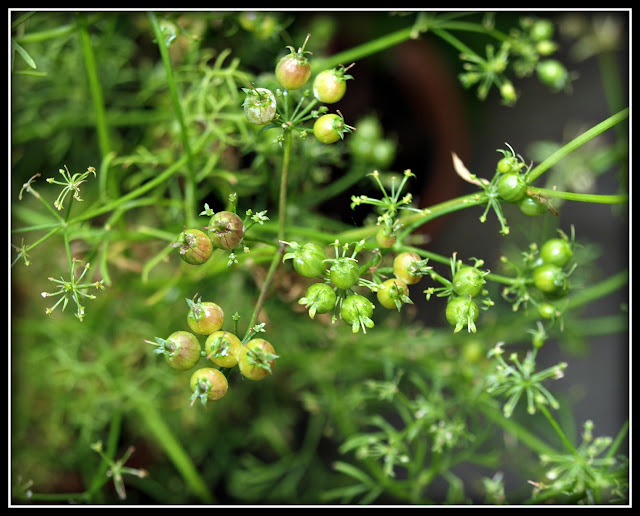 ﻿
By mid-August I judged that the seeds were ready for harvesting. 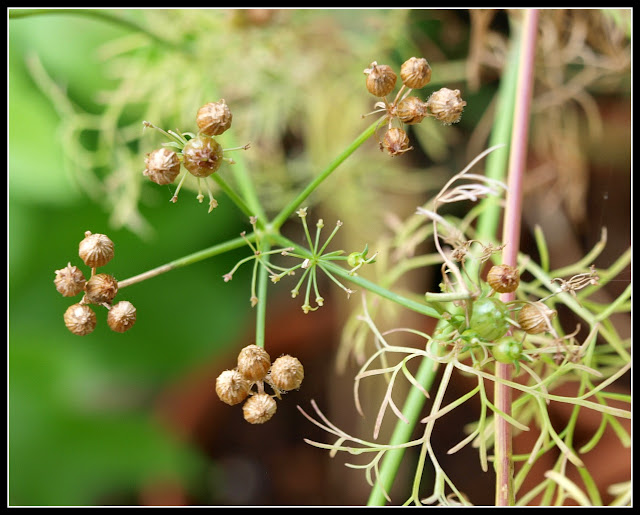 I didn't want the precious seeds to fall off of their own accord and get lost, so I cut the seed-heads off the tangle of vegetation and brought them indoors for final drying inside a paper bag in the airing-cupboard. 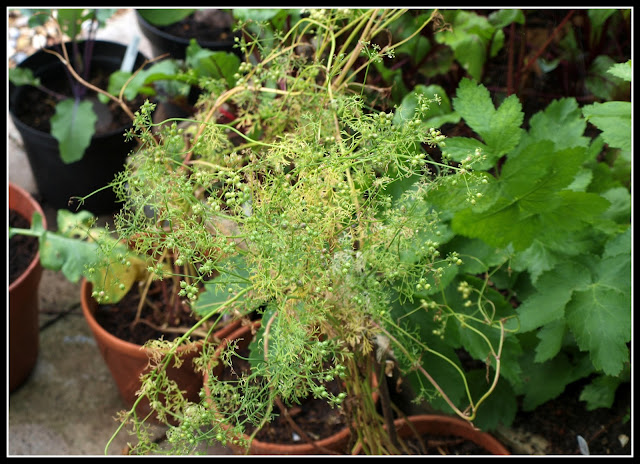 ﻿
After a week in the airing-cupboard, the seeds were fully dry so I stripped them off their stalks, and handed them over to Jane for use in the kitchen. It's a tiny quantity of seeds (about 5 grams!), but based on last year's experience I expect them to have a very strong flavour. 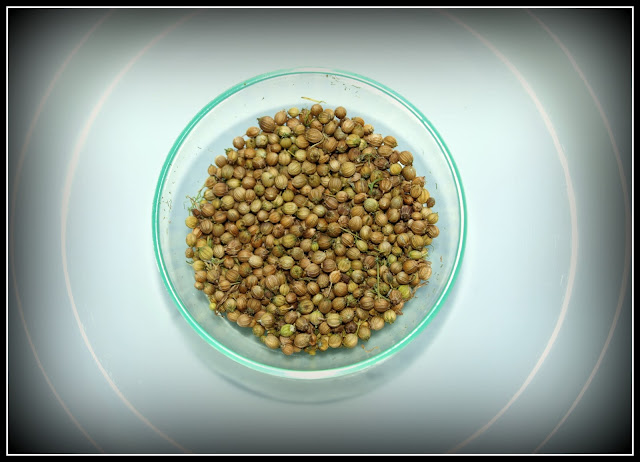 On a weight-for-weight basis this is probably my smallest crop of the year, but I still think it was worth growing, because it involved only a very small amount of effort and produced a very tasty result - and when something is that strongly-flavoured a little bit goes a long way. 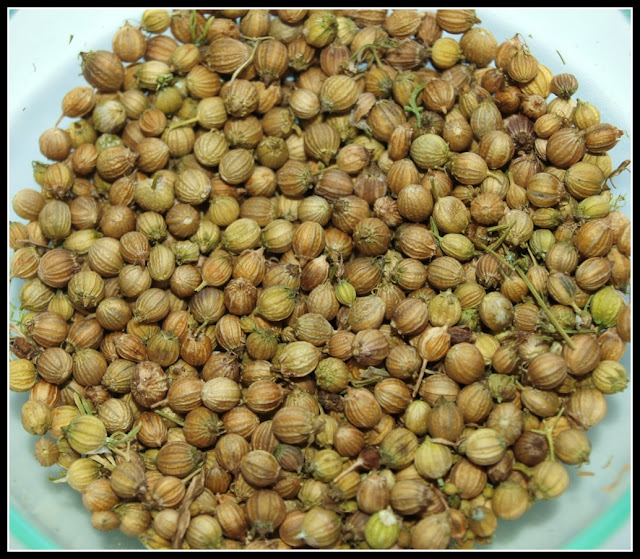 Jane is proposing to use at least some of the seeds in a Greek Cypriot dish called Afelia, which we have enjoyed in the past. It should be good with these powerful seeds to flavour it.
Posted by Mark Willis at 17:30