The Three Sisters are a very unevenly-matched set of siblings. I have given up hope of ever getting any fruits from the Squash plants, which are still pathetically minuscule and weak. 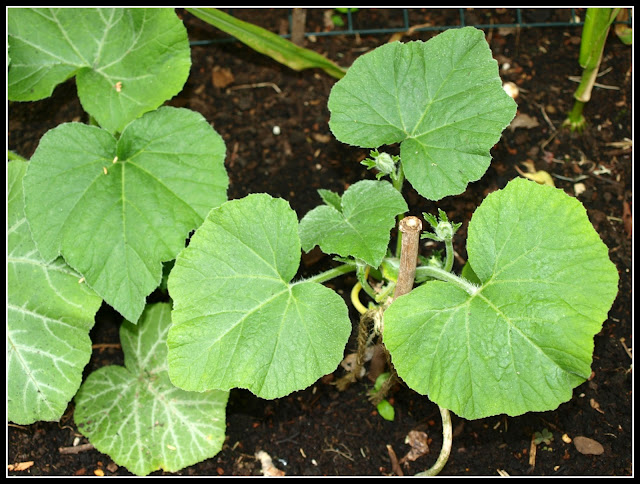 The Sweet Corn could go either way. Most of the plants are a lot less vigorous than I would have expected, and nowhere near as tall - with one exception: the plant which had initially seemed to be the "runt of the litter" is now looking the strongest, and is at least two feet taller than any of the others. 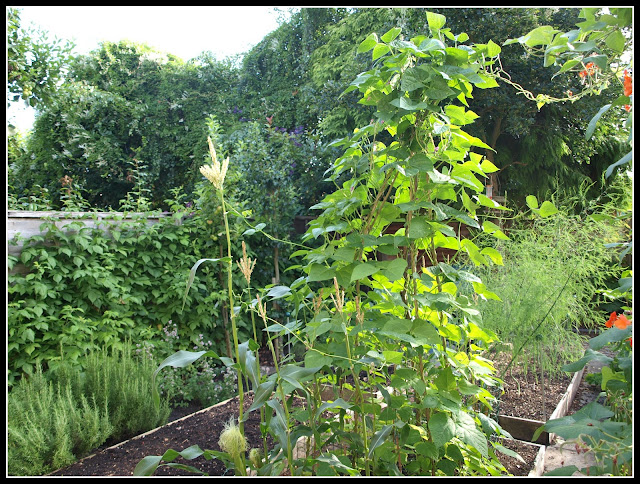 Each plant has produced a cob, with its frilly mop of silks:- 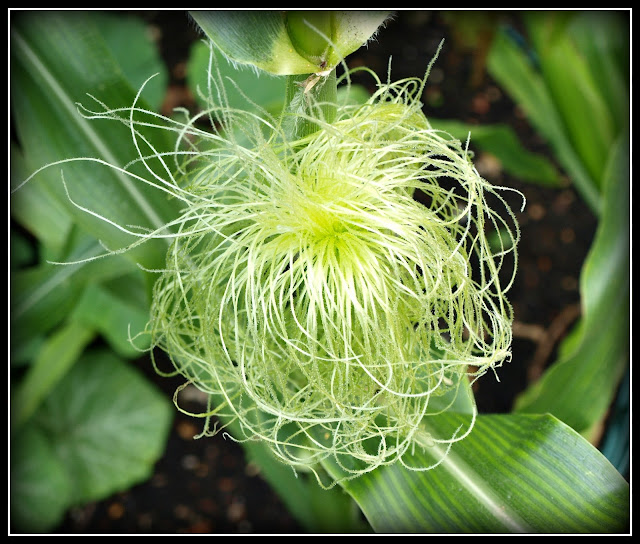 Up at the top of each plant a flower forms. With the exception of the one good plant, the flowers have been very thin and spindly. This is what they are supposed to look like:- 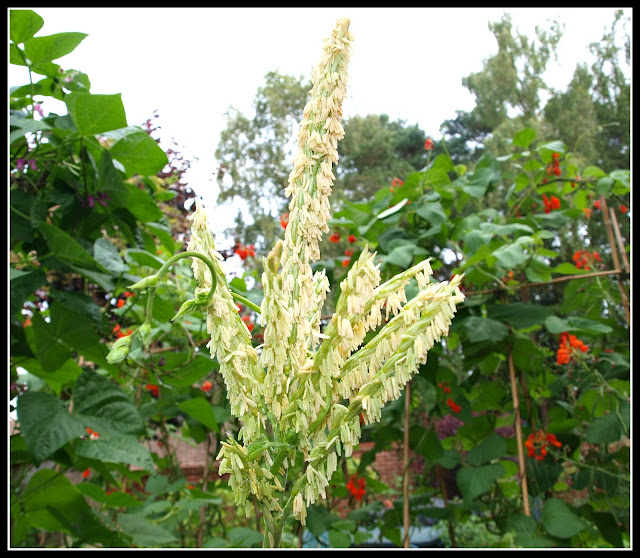 The theory is that when the plant sways gently in the breeze, pollen falls from the flower down onto the silks of the cob. The trouble is that when most of the flowers were at their meagre best the weather was so atrocious that I fear that the pollen will have been washed away and not gently wafted down onto the cobs. 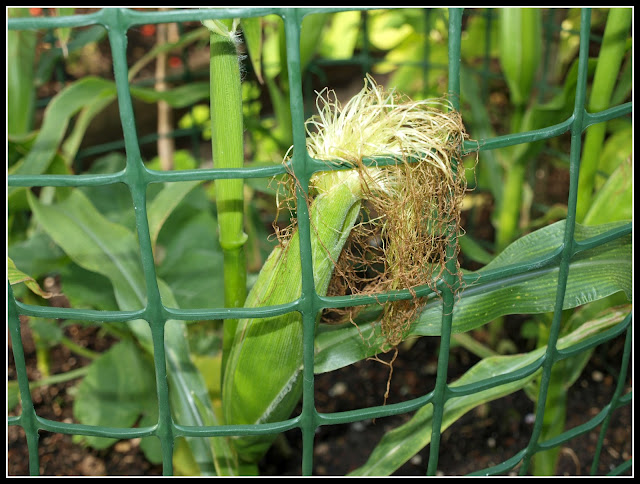 However, the third of the sisters is looking a bit stronger. The "Cherokee Trail of Tears" bean plants are doing a lot better than last year, when I felt that they were a bit feeble. They have lots of flowers now 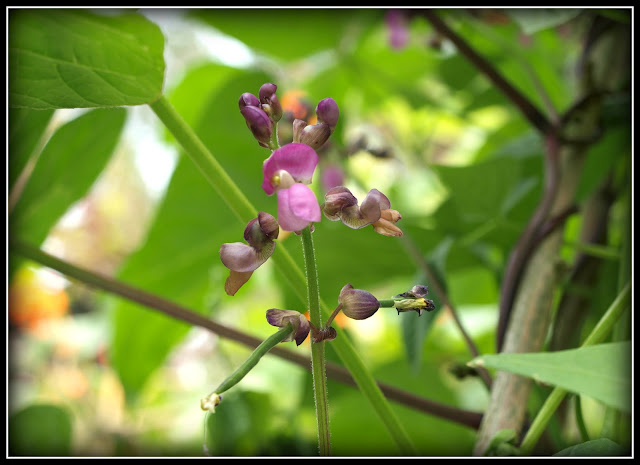 and some tiny pods too... 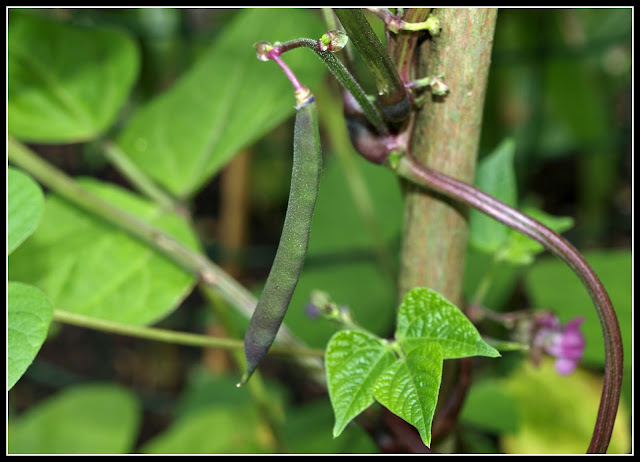 The beans are belatedly reaching out to the corn stalks for support. I think it was a good thing that I erected a wigwam of wooden poles for them though. The spindly corn-stalks would definitely not have been enough on their own. 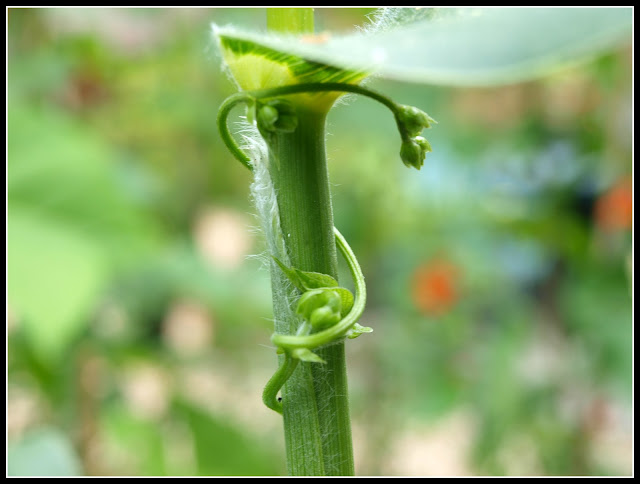 ﻿
Not content with staying at home, the Cherokee beans are reaching out to make friends with their neighbours the Runners. Looks like the feelings of friendship are mutual... 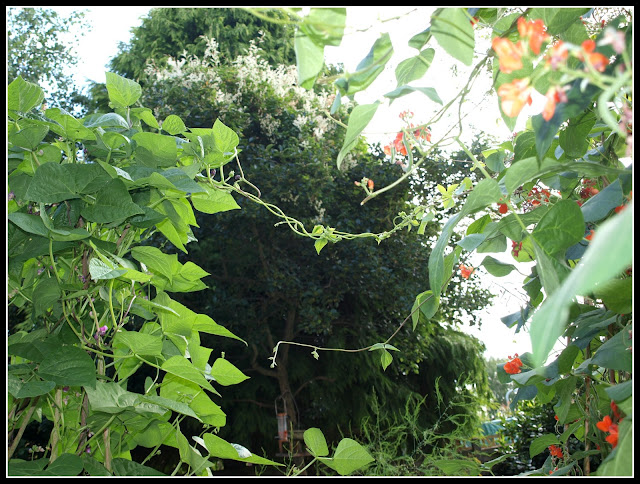