The first of the Runner Beans

A few days ago I harvested the first pods of my Runner Beans. Jane and I love Runners so much that we are always impatient to get at them, and we have established a tradition for eating the first of the new season's crop. As soon as there are enough pods ready for two servings (even if they are a bit on the small side) we cook them and eat them just on their own, as opposed to serving them as an accompaniment to something else, which is more normal. We slice them thinly, boil them for a few minutes until tender, and then serve them with black pepper, lashings of butter and some brown bread. Delicious! Almost as good as Asparagus. (Almost, I said). 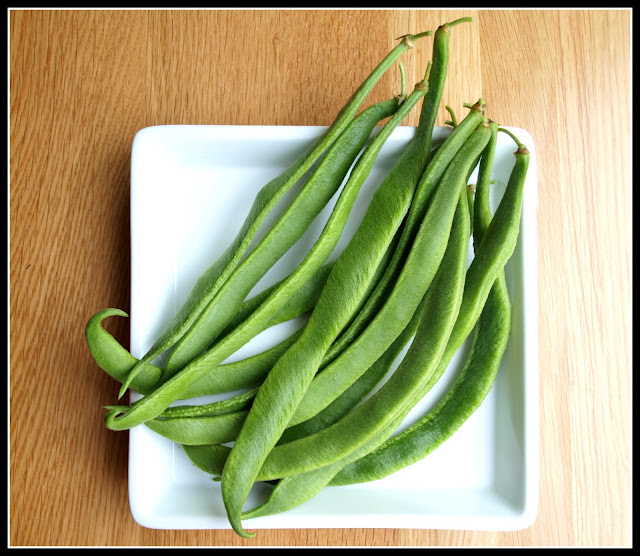 No photo of the cooked beans I'm afraid. We were in too much of a hurry to eat them...

Runner Bean plants are notoriously thirsty, so with all the rain we have been having I am expecting a good crop. The plants are just "dripping" with pods. 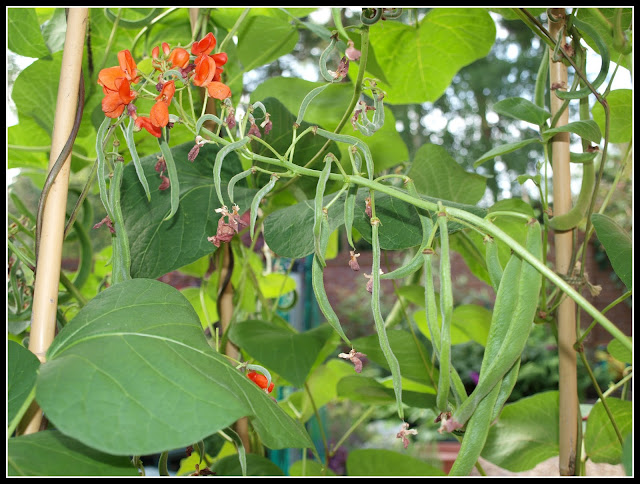 With a bit of luck I'll have enough to freeze some, because we really do enjoy having home-grown Runners in the middle of Winter -- especially for Christmas Dinner!

A point to note for anyone growing beans for the first time: you really do need to pick the pods as soon as they are mature, even if you are not planning to use them immediately. If you leave them to get very big not only will they be tough and less pleasant to eat, but also the plant will stop producing more pods.  Runner beans keep quite satisfactorily for a week or so in the fridge - even longer if you use those "Stayfesh" bags (I'm a great devotee of them. I think they are very effective indeed.)

This week also saw the first viable picking of tomatoes. These ones are a mixture from my 3 Cherry type plants: Maskotka, Losetto and Lizzano. The first little batch was only about 50 grams: 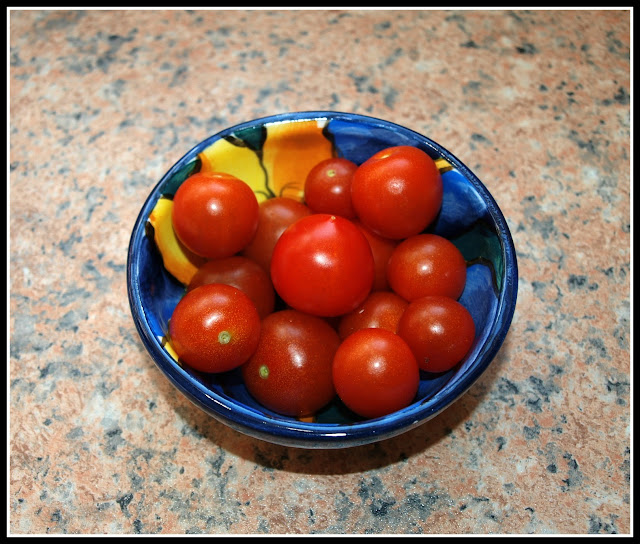 But the following day I picked a more respectable 332 grams: 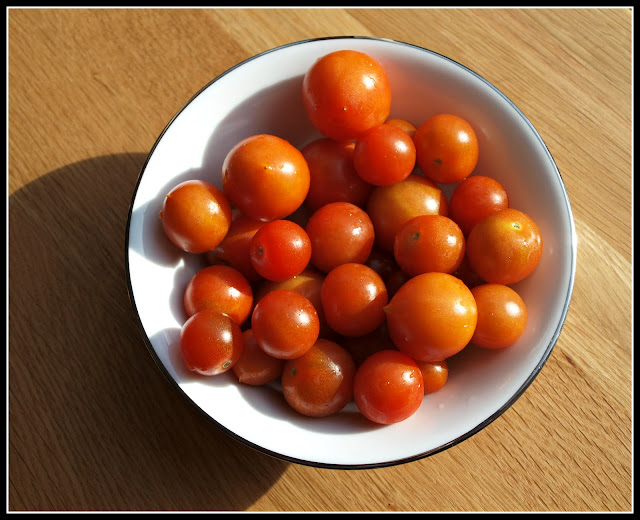 So far I am managing to keep the blight under control, and it looks as if I will get a reasonable, though not huge, harvest after all, despite having to cut off large chunks of most of the plants. 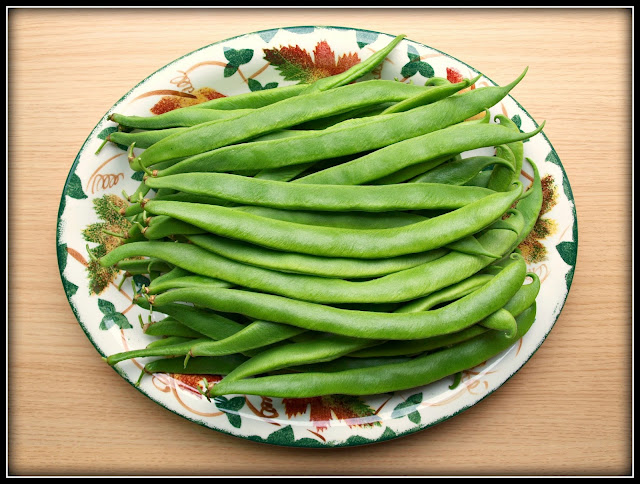