I have some Golden Hop (Humulus Lupulus "Aureus") plants in my garden. They grow against the wooden fence at the bottom of the garden. Each year I cut them down to ground level in the Winter and they grow up again the next Spring. Once they get started they grow very rapidly, and with their prolific golden yellow foliage and striking purple-tinged stems they are really good plants for covering-up a plain wall or fence. If you let them, they will easily grow 10 metres or more in a season.

Right now the first of the new season's shoots are poking through the leaf-litter, not at all golden, but looking very much like Asparagus spears. 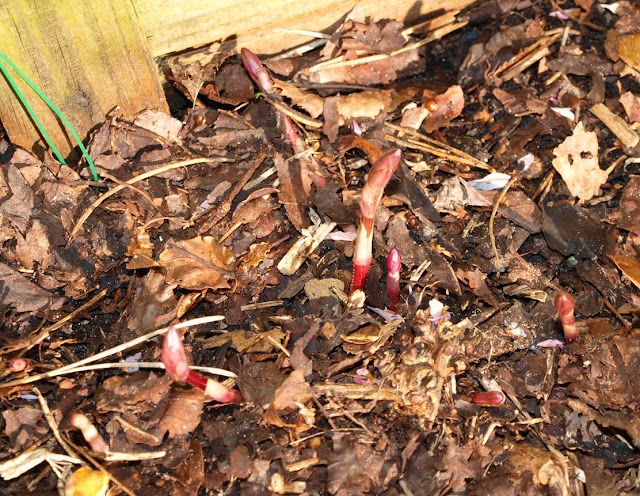 I have read that you can eat Hop shoots just like Asparagus, but I have never tried them. Have any of you done so - and if you have, were they worth it? 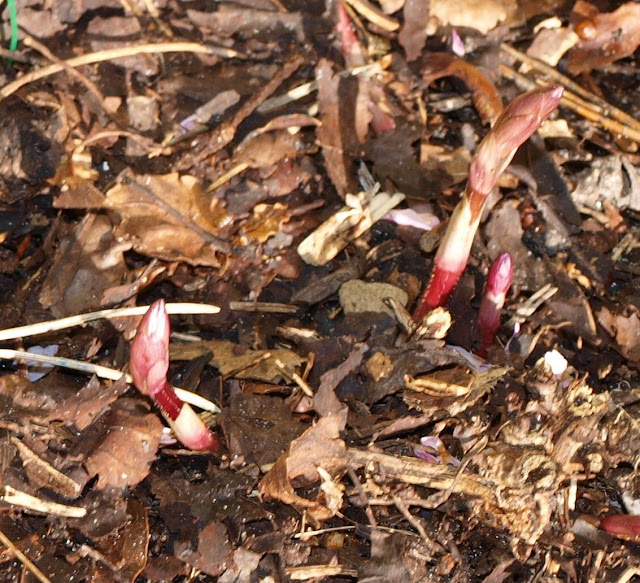 The Hop shoots perform very much like the Rhubarb. They push through the soil in a protective sheath, which then gets discarded by the rapidly-growing shoot, almost like a chick emerging from its egg-shell. The infant leaves are red / orange to begin with (again, like the Rhubarb), but when they are exposed to the light they turn a greenish yellow. Later in the year the leaves will be bright golden yellow - very attractive.

By the way, here's another pic showing the Rhubarb "dragon" starting to turn green... And you can see the next leaf-bud pushing up at the base of the stalk too. 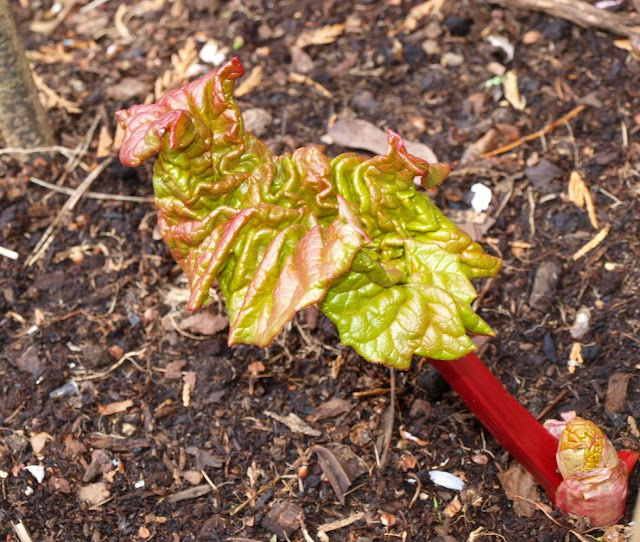 On the same back fence I have a little Clematis Montana plant, which is just coming into leaf. Last year (when it was new) it didn't produce any flowers. This year, I'm hoping it will. 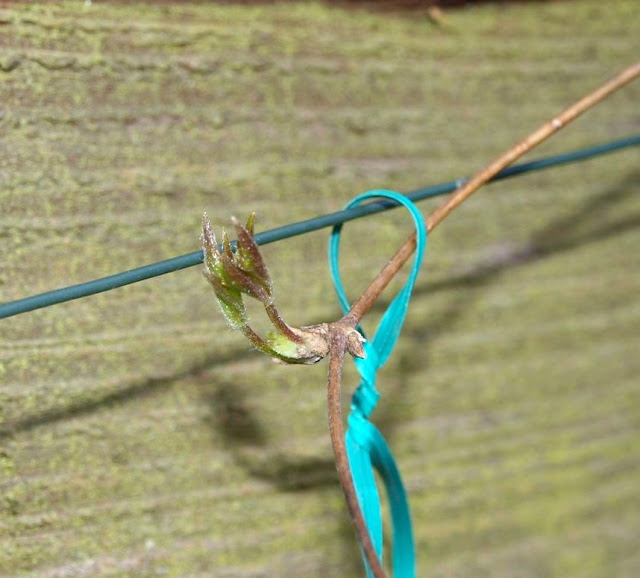 ﻿Finally for today (for no particular reason), I just wanted to show you this picture of a bud on my apple tree... 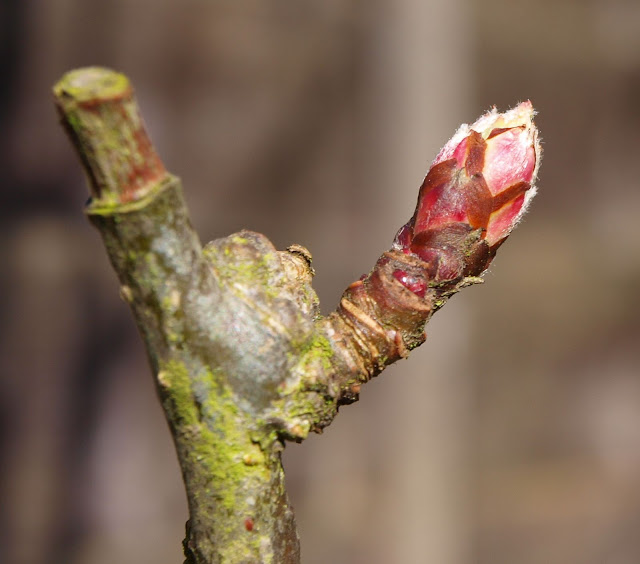 The promise of good things to come?
Posted by Mark Willis at 17:30