I don't have a large quantity of Rhubarb - only two crowns - but it makes a good photography subject. Hopefully I will also get a decent crop in a couple of months' time... My rhubarb is not as well-advanced as many plants that I have seen on other blogger's sites, but then as I have said before, mine is situated in a far-from-ideal site, where the light level is low and the soil is poor.

For now, here are some photos that show the rhubarb in the early stages of its growth, as the leaves initially push through the soil wrapped-up in their protective "sheaths" and then gradually unfurl: 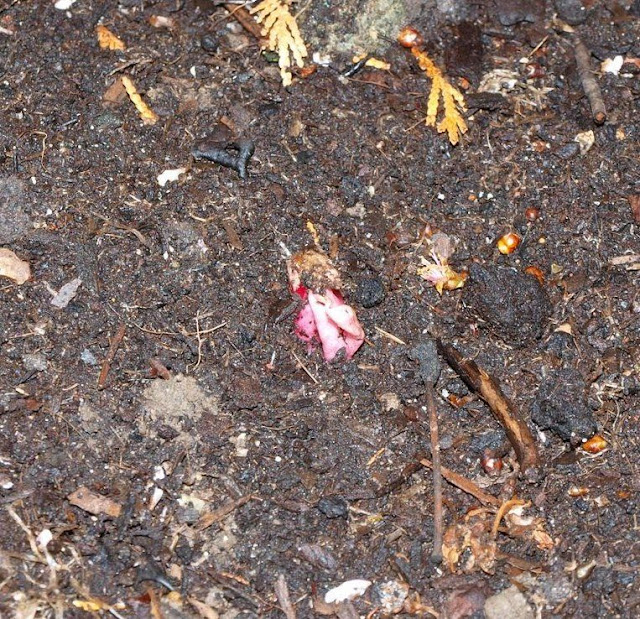 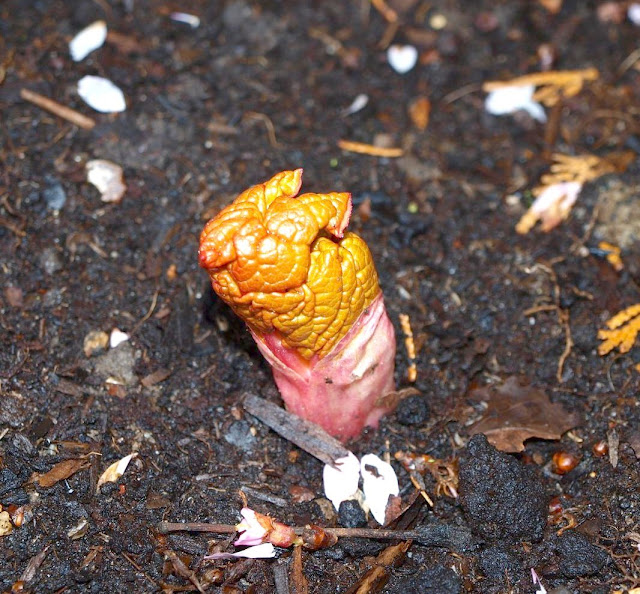 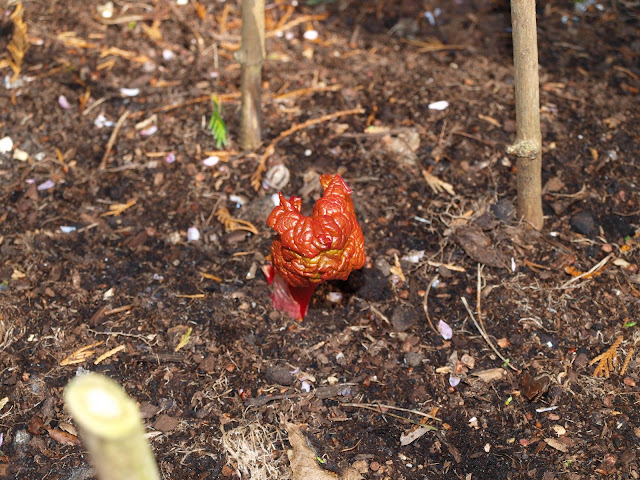 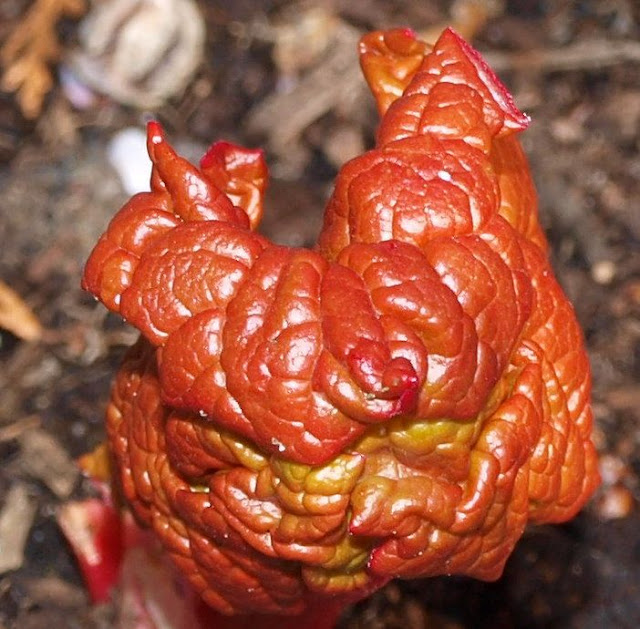 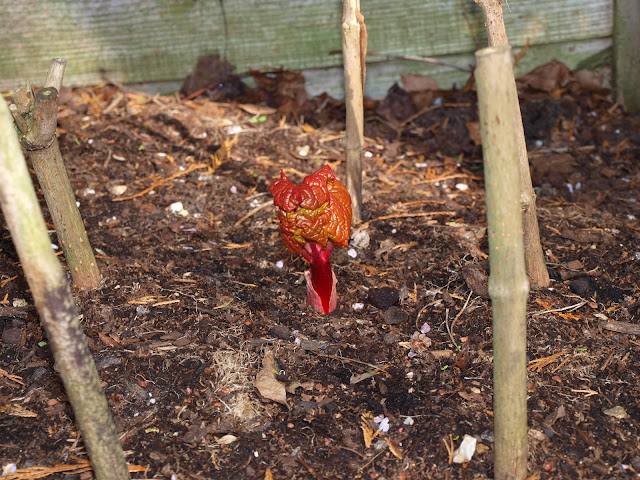 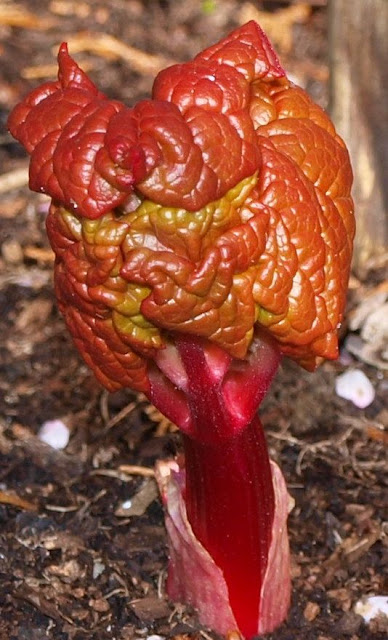 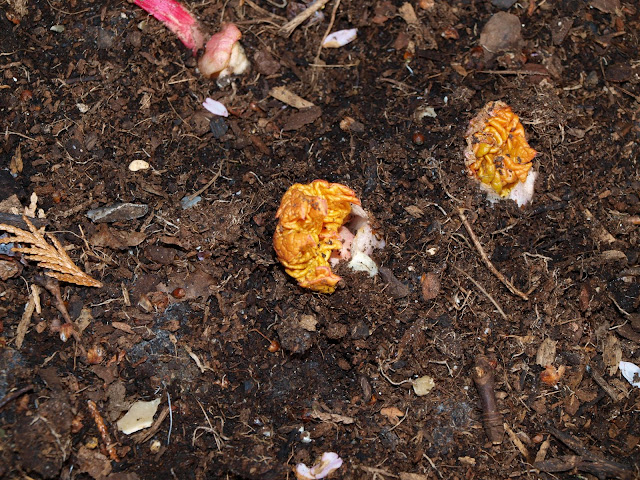 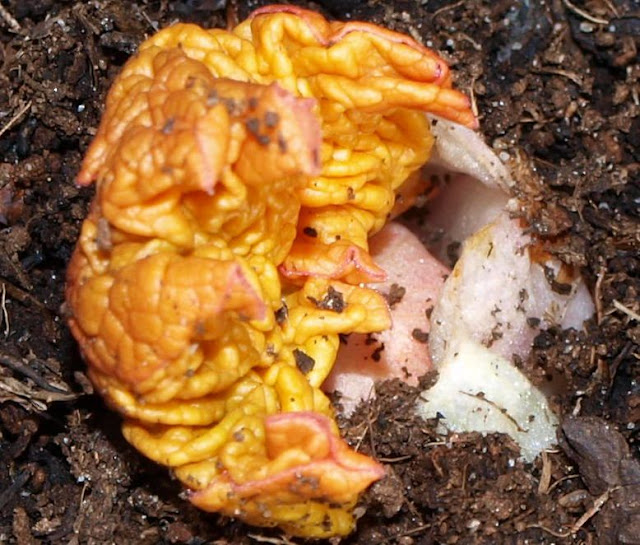 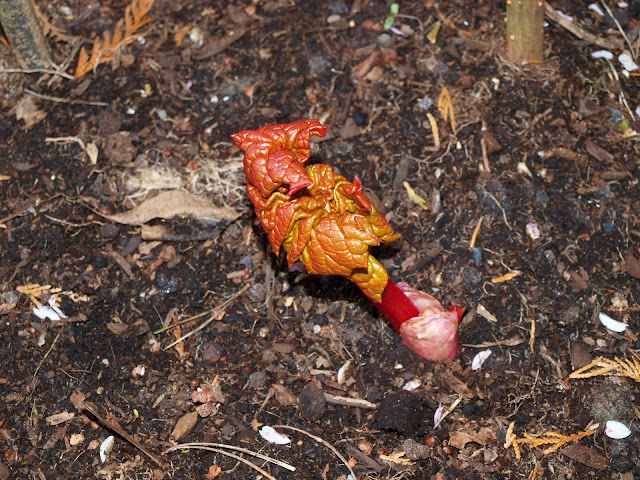 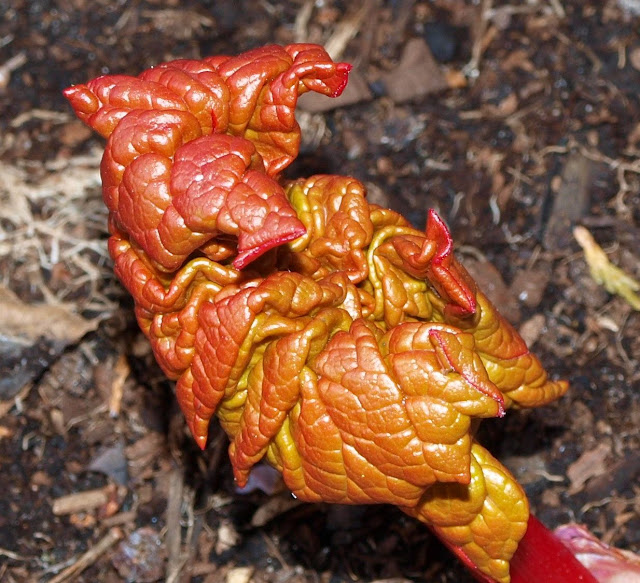 If you're wondering what all the little sticks around the emerging rhubarb are for - they are to deter cats and foxes from digging up the plants. Not sure how effective they will be, but I live in hope...

Don't you think that the close-up pictures make the rhubarb leaves look as if they are part of an animal rather than part of a plant? One of them looks uncannily like a brain. It will be interesting to see how long it takes for the leaves to turn green.
Posted by Mark Willis at 17:30