It is well known that photographing blue things is difficult. Why?

I would like to understand this so that I can make suitable adjustments to my technique - if indeed this is possible.

The other day I photographed some "purpley" Iris Reticulata at the base of my Crab Apple tree, and the colour-reproduction seemed just fine, but when I photographed them again a few days later they appeared much bluer. Similarly I photographed some Hyacinths that we bought as cut flowers, and the photos made them look really blue, whereas they were actually a deep "lilac" colour 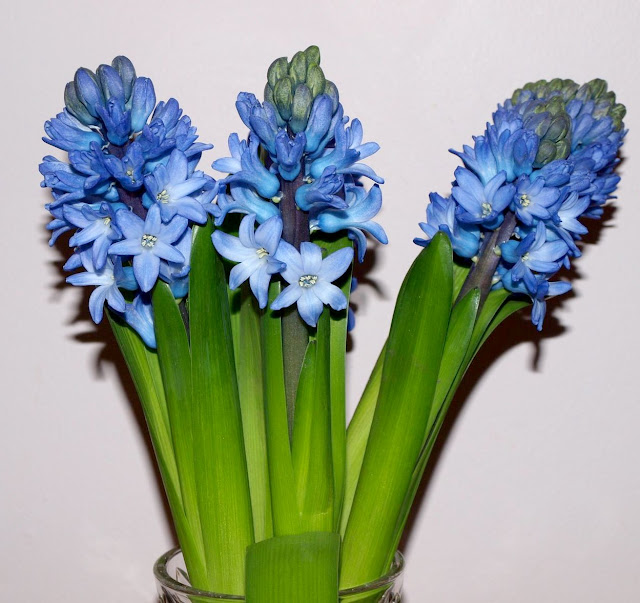 Is it something to do with the levels of natural light, or the quality of the light? A while ago I took some pics of the Crocuses in my garden, at a time of low light levels (I remember saying they were reluctant to open up) and they looked like this: 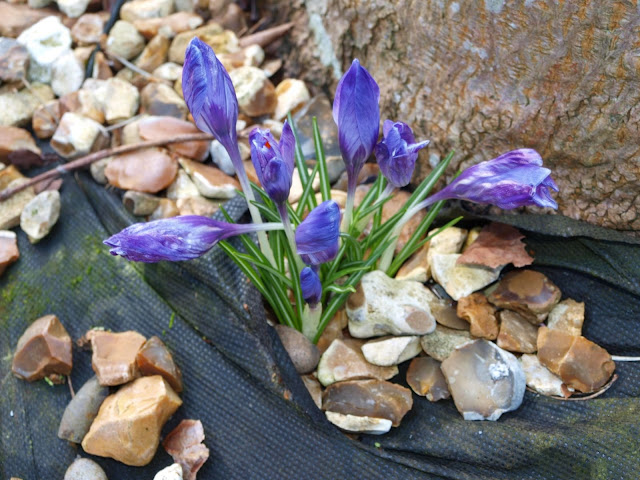 When I photographed the same group of flowers on a day of bright sunshine, on the photos they looked a completely different colour - almost mauve rather than blue (which is how they look to the naked eye). 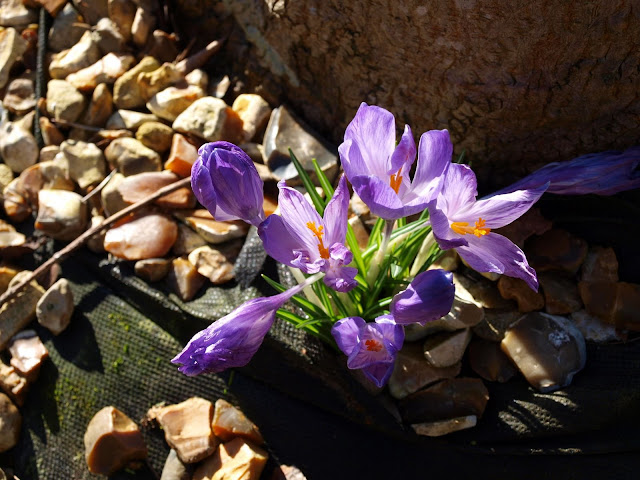 Today I photographed this little flower, (is it an Anemone Blanda?) which has self-seeded next to my path. In my photo it appears to be bright blue, but "in the flesh" it is pretty much the same colour as those Crocuses. When I took the photo it was late afternoon and the sun had gone down. 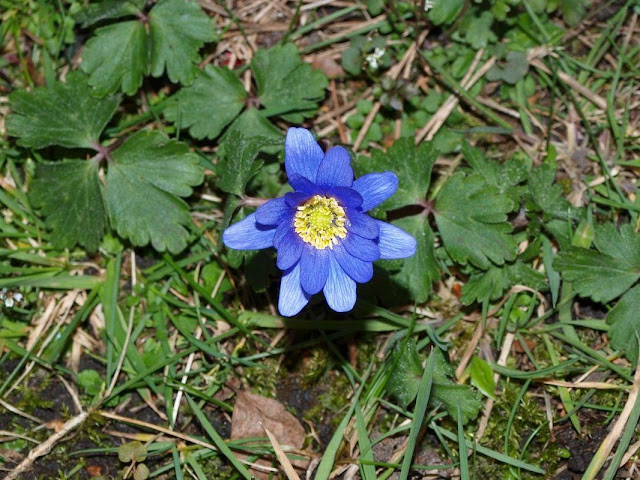 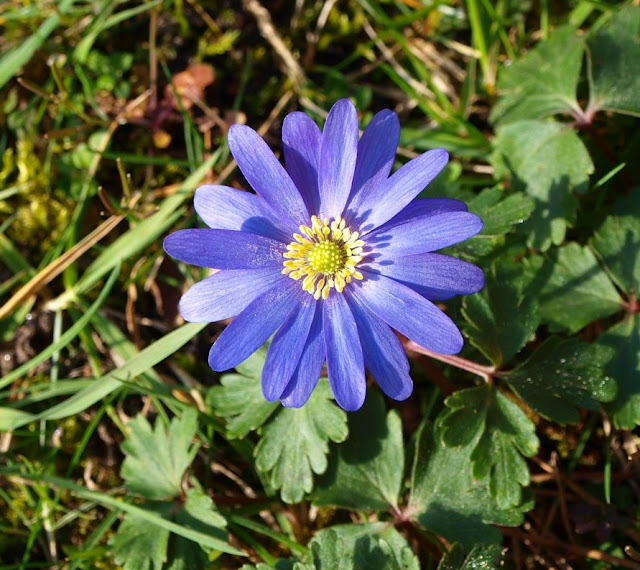 Can anyone help me with this matter? Any advice you can give would be gratefully received!
Posted by Mark Willis at 17:30