Early March is the time I start sowing most of my seeds. I have now sowed Chillis, Tomatoes, Physalis, Baby Leaf Salad, Cabbage, Broccoli, Kohlrabi, and several more besides. Amongst other things I have put in a small batch of Oriental Brassicas. I am going to try these first as "Baby Leaf Salad" ingredients, to be harvested when they are only 2 or 3 inches tall, and then a bit later on I will try growing some of them to maturity.


I sowed the first batch in an old washing-up bowl. These things make great containers for small veg, because they are deeper than most seed-trays, allowing the plants to put down some better roots. You do need to drill a few drainage holes though, otherwise the compost may become waterlogged. 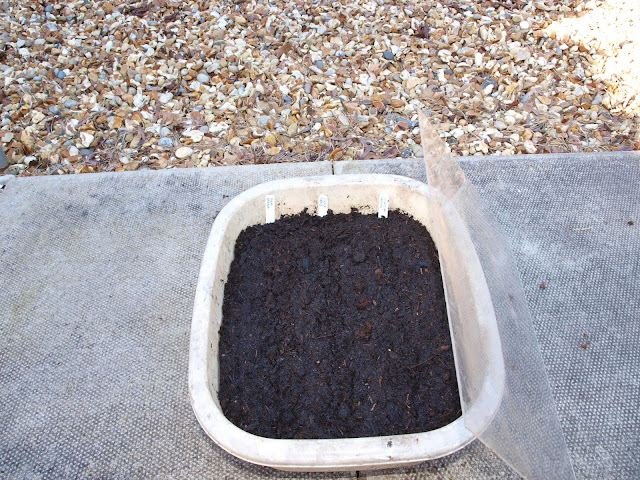 The three varieties that went into this container were Mustard "Osaka Purple", Komatsuna "Torasan", and  Bekana "Tokyo". I have never grown any of these before, but I have high expectations, having read about them on blogs maintained by some of my Japanese friends, for instance Takaeko, from Osaka

After sowing the seeds I covered the bowl with a sheet of clear acrylic, like this... 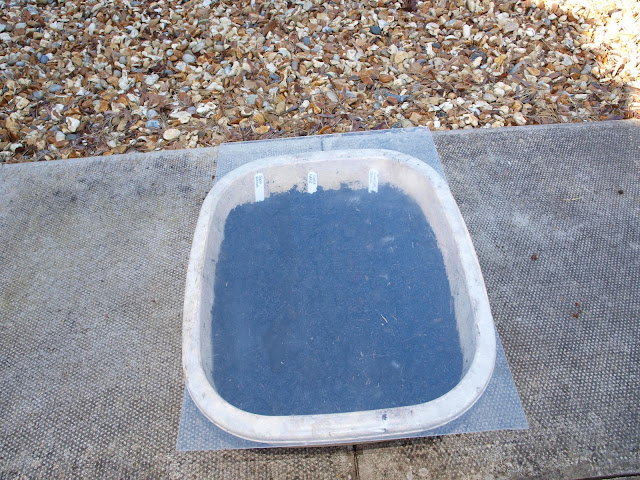 And then I put the bowl in one of my little plastic greenhouses, so the seedlings when they emerge will have a double layer of protection, at least in the early stages of their development. The night-time temperatures here are still hovering around the Zero point, and even the day-time temperatures are only in single figures most days, so these seeds will need all the help they can get, even though the growing-instructions say you can sow them from Late Winter onwards. 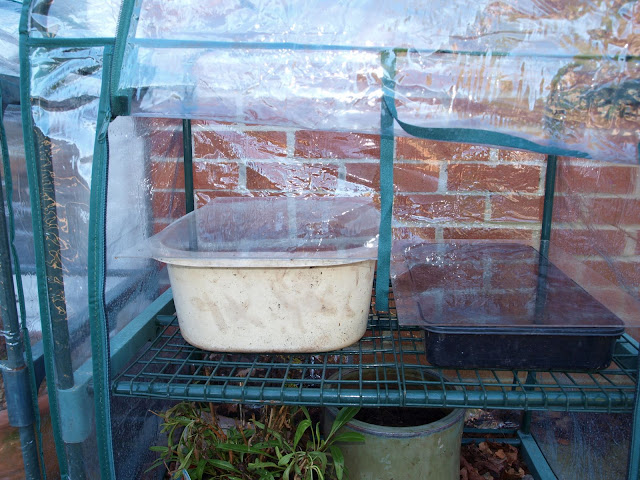 In fact, I think I might try to bring the Oriental Brassicas container indoors until the seeds germinate (if I can find some space...)﻿
I'd be interested to hear from anyone else in the UK who has grown Oriental Brassicas before, so that we can compare notes.
P.S. Since I drafted this post, things have moved on... Almost all the "ordinary" Brassicas - e.g. the cabbages and various Broccoli-style things - germinated really rapidly, in fact within 3 days. I had them in pots covered with plastic bags, placed on my Dining Room table. Evidently they enjoyed the warmth! I have decided however to grow then "hard" - in other words I have already moved them outside, though still in their pots, still protected by their little plastic bags. I want them to get lots of light, but not to be too warm, so that they develop slowly but sturdily rather than going leggy on an indoors windowsill. At night time they will go in one of the plastic mini-greenhouses for added protection. I think this strategy is going to be OK, because the weather forecast for the next few days doesn't look too bad.
An added benefit of my plan is that I will still have the windowsills free for other seedlings! I'd better sow something else... Herbs next. I've got some Basil, and both Summer and Winter Savory. And Parsley is already on the go.
P.S. More pictures of the younger generations of my family working in the garden are on Emma's blog Mellow Mummy today.
Posted by Mark Willis at 17:30