At this time of year, gardens throughout Britain are bursting into life. The most obvious sign of Spring for many people is the proliferation of blossoms on the cherry trees. At other times of year the cherry trees may go unnoticed, but in late March and early April they dominate the landscape.

In my own garden though, March sees the LAST of my cherry blossom. This is because my solitary cherry tree is an Autumn-flowering one - Prunus Autumnalis "Surbhitella". It never produces a really spectacular display like some of the Spring-flowering types, but it has a long season: the first flowers normally appear in late November. Also (crucially) the flowers are very tenacious, and will resist all but the very worst Winter weather.

This is a photo of one of the blossoms, taken on March 28th. 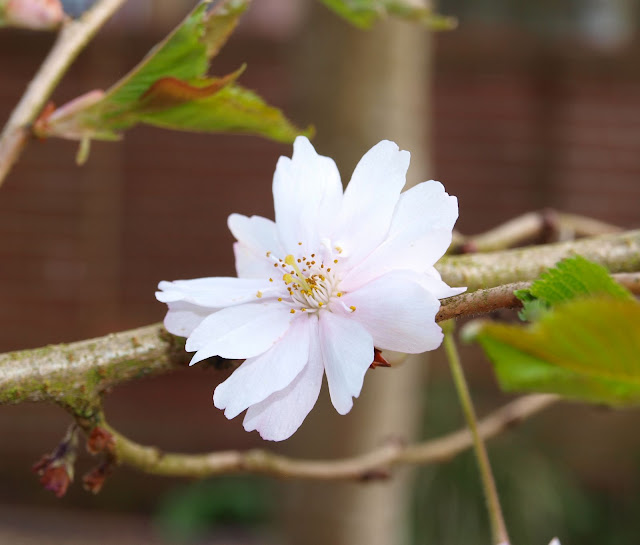 In my usual way, I also offer you a close-up view of the same flower: 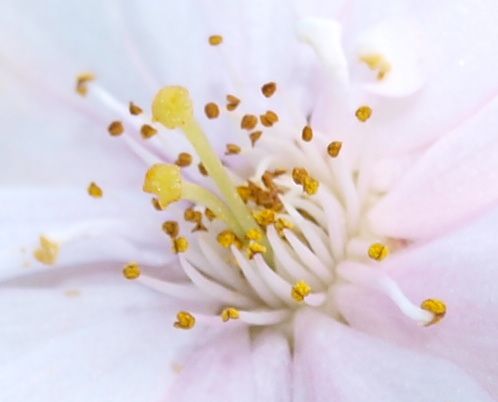 The flowers may be on their last legs, but they are being replaced by a mass of delicate foliage: 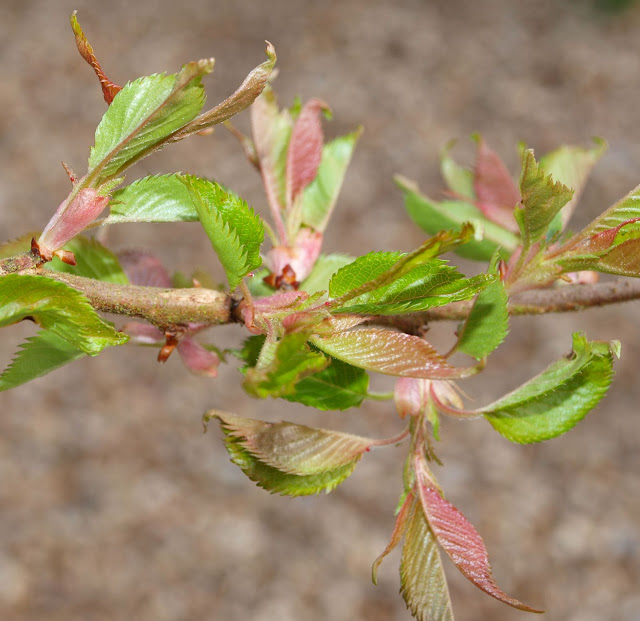 There is also one bit of bad news to relate: every year, the fresh new leaves are comprehensively chomped by some voracious bugs. Masses of circular holes appear in the leaves, which then fall off the tree. I don't know what sort of bug does this, and even if I did it would probably be beyond my capability to spray the tall straggly tree against it. In the end, after the insect life-cycle has run its course nourished by those juicy leaves, the tree produces a second crop of leaves (though I suspect it is never as luxuriant as the first crop would have been!). Isn't Nature marvellous?
Posted by Mark Willis at 17:30