The Geraniums are recovering

Towards the end of January I took some cuttings from one of my Geranium plants. At that time (20th Jan) it was not looking very healthy, and a lot of the leaves were pale and/or blotchy. The cuttings were a bit of an insurance policy  - in case the parent succumbed.


I had a close look at the parent plant again today. It has been kept in my garage, which is quite cold, but certainly frost-free. The plant looks much healthier now, and the leaves are much greener. This is probably due to the increasing day-length and ambient light levels.
﻿ 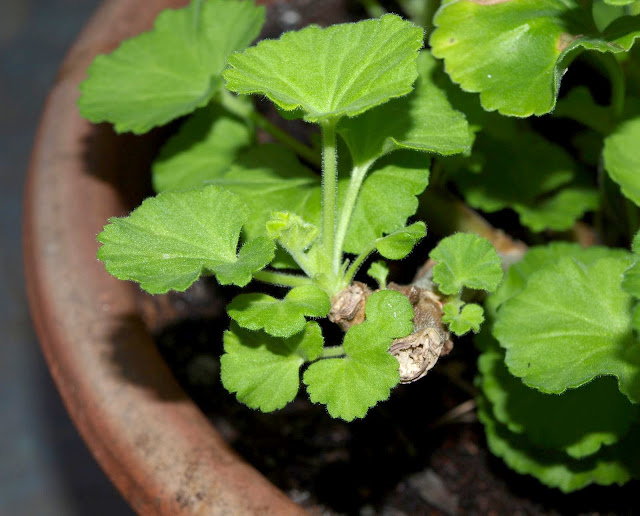 ﻿
There are lots of pale greeny-yellow leaves forming at the ends of the stems where I took the cuttings. 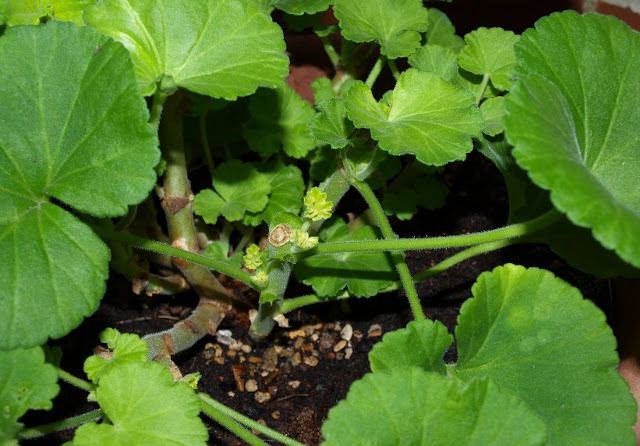 I think these little leaves are only pale because they are young. They look healthy enough to me. 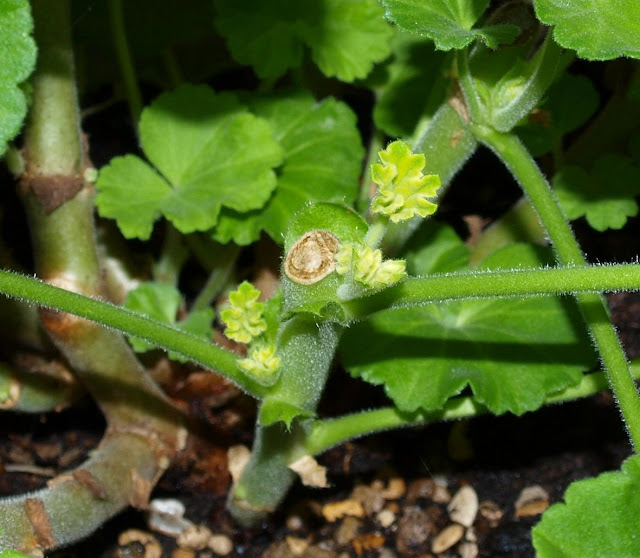 This next photo shows off the little tiny silvery hairs on the Geranium stems. 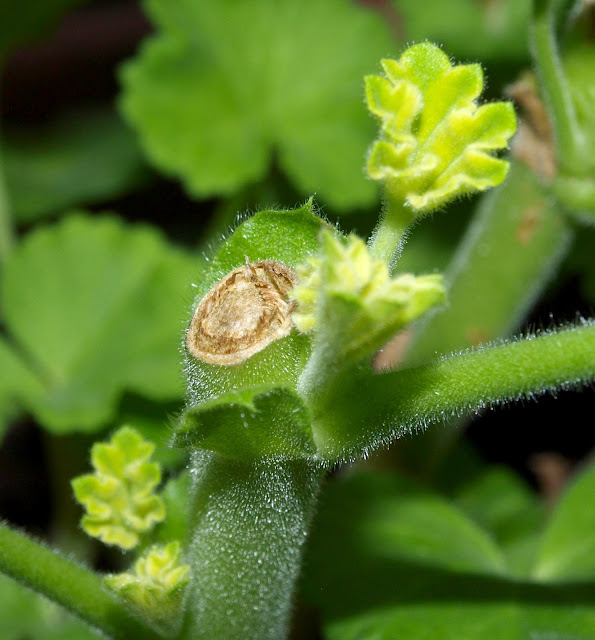 ﻿I think this plant is going to be fine. I hope it will go on to do as well as it did last year. At one point it had 20 massive big pink flowers on it.
Today I potted up the cuttings I took, back in January. They had been sitting in a jam-jar of water on the kitchen windowsill, but they had only produced a very small number of tiny roots, so I decided it would be better to put them in some compost.

The cuttings from last Autumn, over-wintered in the garage, have not grown much (which is not surprising), but they have regained their green colour - having been turned bronze by the cold.
This was last September: 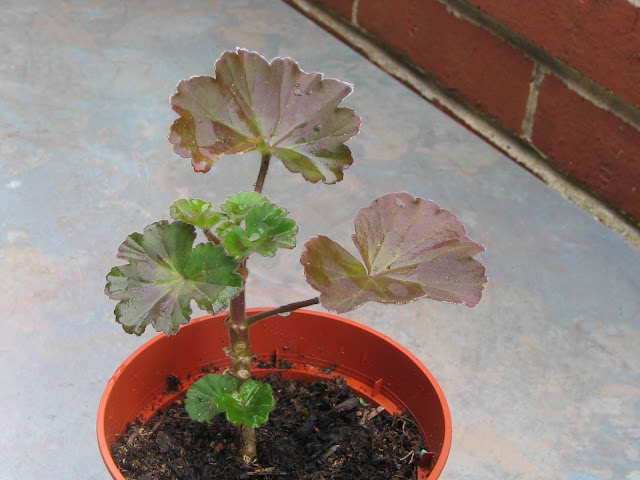 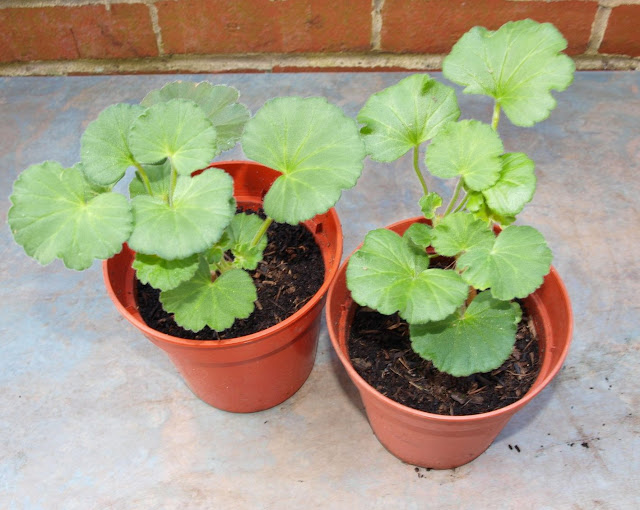