Several fellow Bloggers have pointed out that today (1st March) is St.David's day. He is the patron saint of Wales, and his emblem is officially the leek, but this has in recent times been supplemented by the daffodil, and since I don't have any leeks to show you, my post is about daffodils.

Some of you will remember that a few weeks ago I wrote about using some of the prunings from a Philadelphus tree to make a little "Anti-Postman Barrier" to dissuade visitors from treading on the bulbs around the base of my Crab Apple tree...

Well, it certainly paid off, and the Daffodil flowers are just opening now. I wanted to show them to you before the last of the Irises are finished, because I think the yellow and blue colour combination is really striking. You can see the Anti-Postman barrier still in place, but I think it has done its job and I shall now remove it. I don't think anyone could miss that colourful display of bulbs, and surely even a tradesman wouldn't be heartless enough to trample them down deliberately! 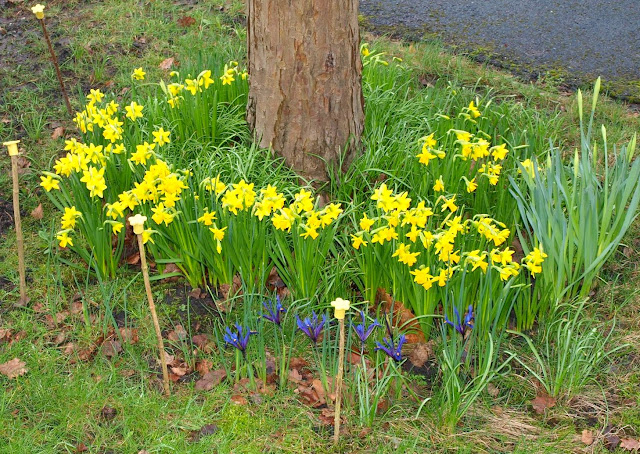 For some strange reason the bulbs closest to the driveway are a few days behind the ones nearer the house. They are all the same variety (Tête-à-Tête), but the driveway ones are older. Maybe they have lost a bit of their vigour over the years. They have been there several years - maybe as many as 10? 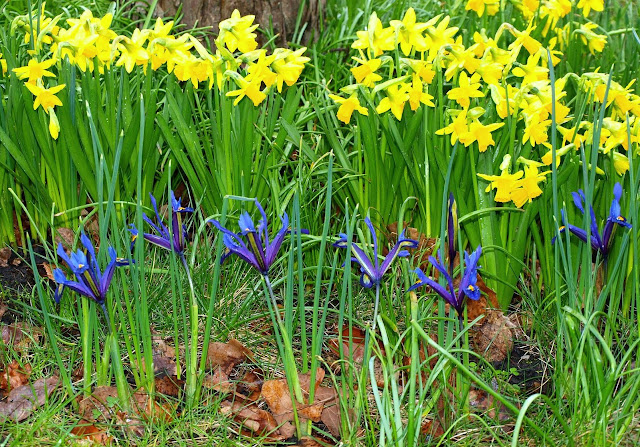 I now have the grand total of EIGHT Irises blooming simultaneously. Woohoo!

Not wanting to be outdone, the Cherry tree is also showing off its own ornamental girdle of supporting Crocus flowers around its gnarled old trunk: 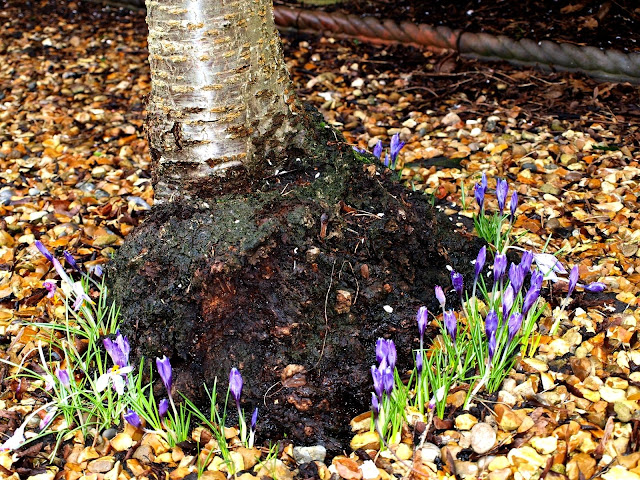 We haven't had a lot of sunshine recently, so the Crocuses have remained steadfastly closed!﻿
Posted by Mark Willis at 17:30