Chicory is one of my favourite salad ingredients. It has a bit more of an identity than lettuce. A slightly sharp, perhaps "bitter" taste, and a slightly crisper texture than most types of lettuce. Goes well with a sweet  salad-dressing- maybe one made with honey and mustard, or a creamy blue cheese one.

In one of my raised beds I have still have a few chicories that have successfully survived the Winter, having been sown last Summer, and grown on under fleece for about nine months. 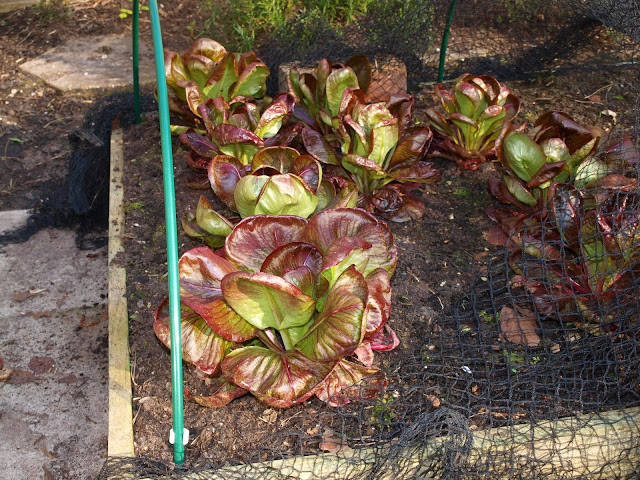 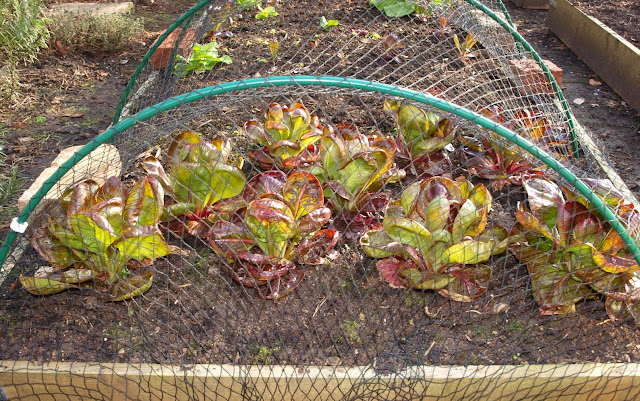 Even if Chicory was not nice to eat, I would grow it for its looks 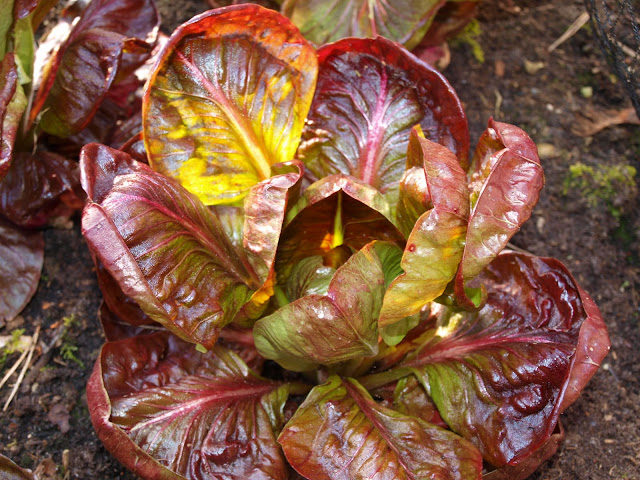 This is "Rossa di Verona" 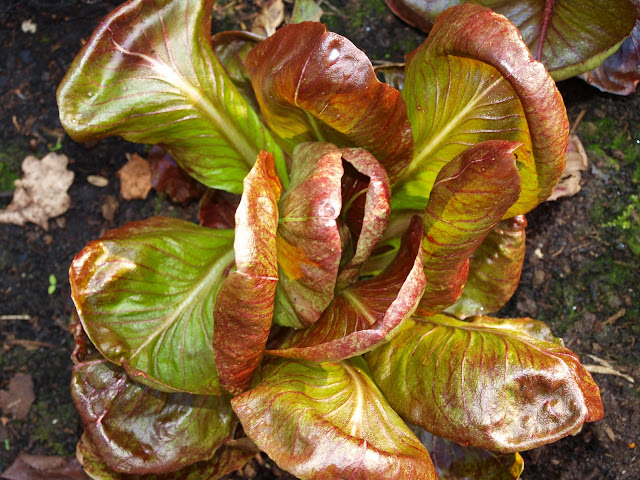 This is "Pan di Zucchero" (Sugarloaf)﻿ 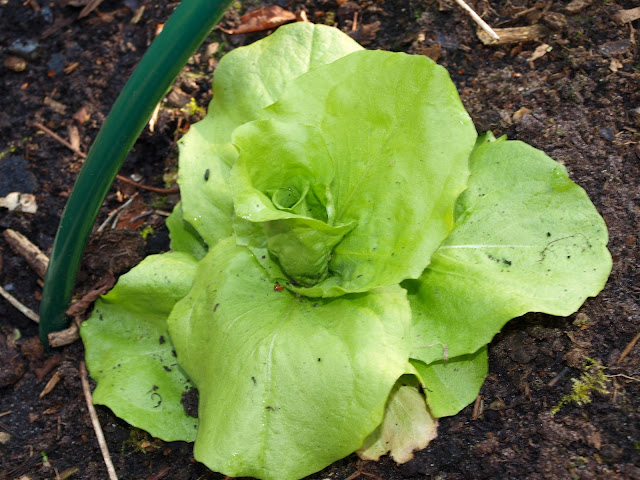 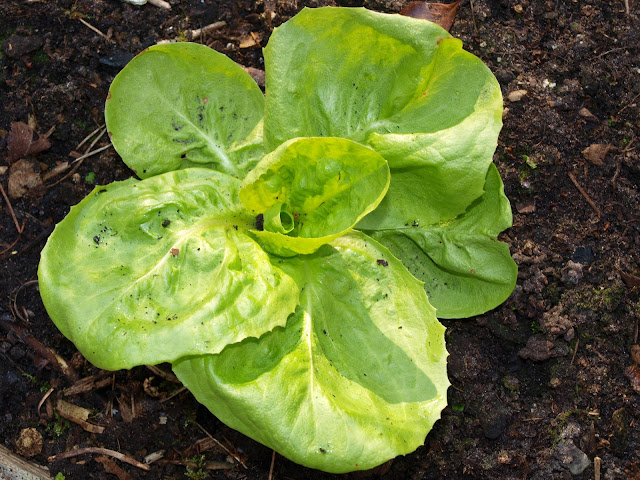 ﻿
This is "Grumolo Verde" 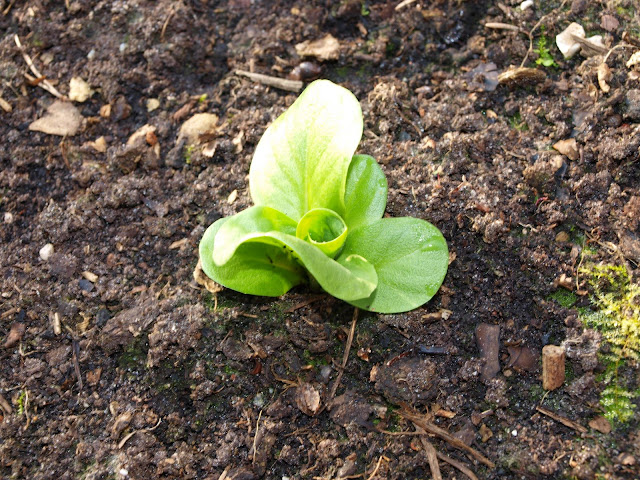 ﻿
In theory, the Rossa di Verona ones are supposed to have produced a heart by now, but I don't think they are going to. The advent of warmer weather may well induce them to bolt, so I think I am going to harvest them sooner rather than later. The green ones are the last few of a mixture from which we have had some very good pickings.
Here's a nice way of using chicory in a salad. Prepare a bowl of mixed chicory leaves. At the last minute, dress with your chosen salad-dressing. Top with sliced Mozarella cheese that has been marinated for an hour or so in Extra Virgin olive oil with chopped fresh Oregano. Serve with toasted bread thickly spread with olive tapenade. 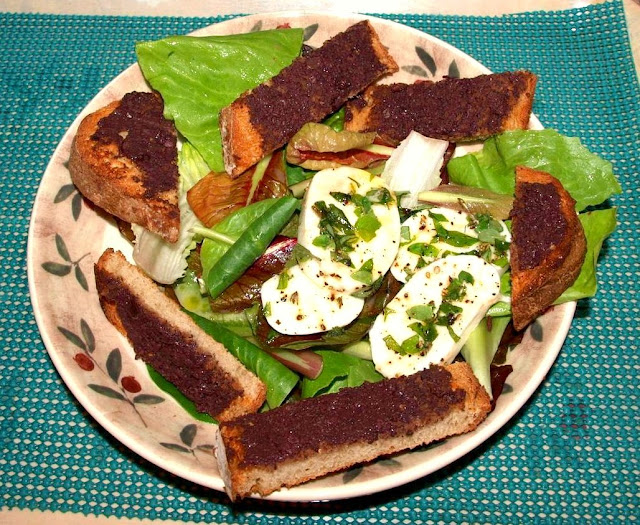 This could easily be a meal in its own right, but we served it as an accompaniment to this: pasta with bacon and mushrooms, tossed in pesto. It was a good combination. (Vegetarians - just leave out the bacon!) 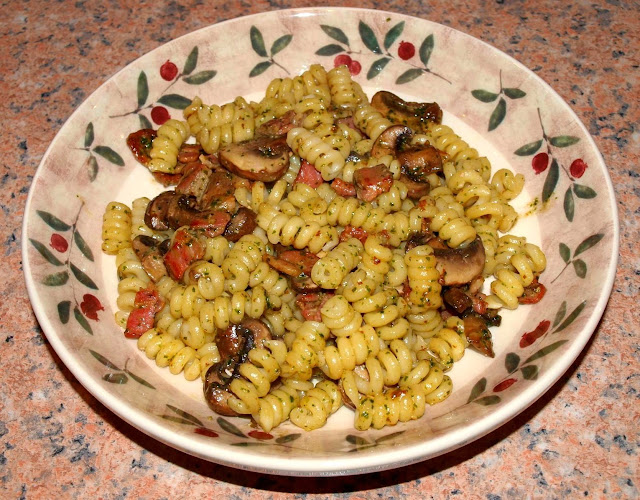