This week I harvested my Second Early "Charlotte" potatoes. 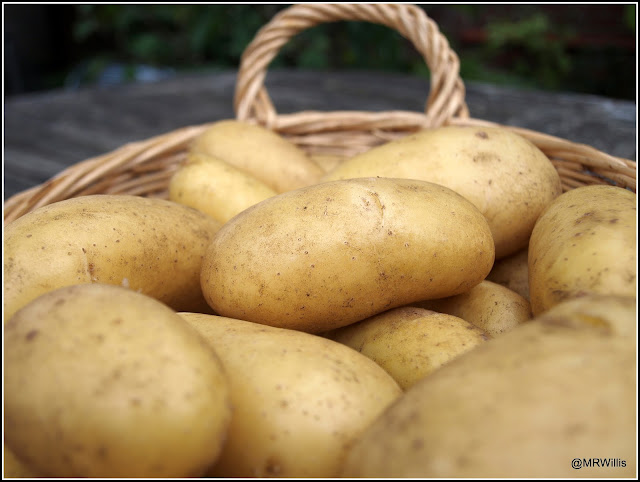 In common with the other varieties I have grown in my garden this year I planted one container with a single seed-tuber and another with two. Here we see the results of the comparative trial.

The single-tuber pot produced a yield of 1182g, and included some very big tubers. The biggest weighed over 300g. 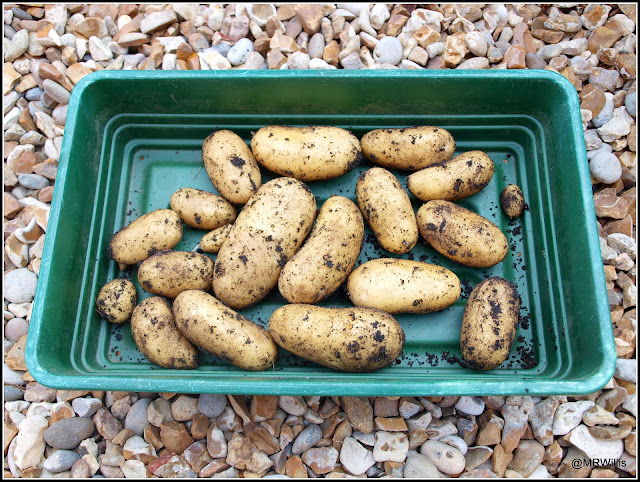 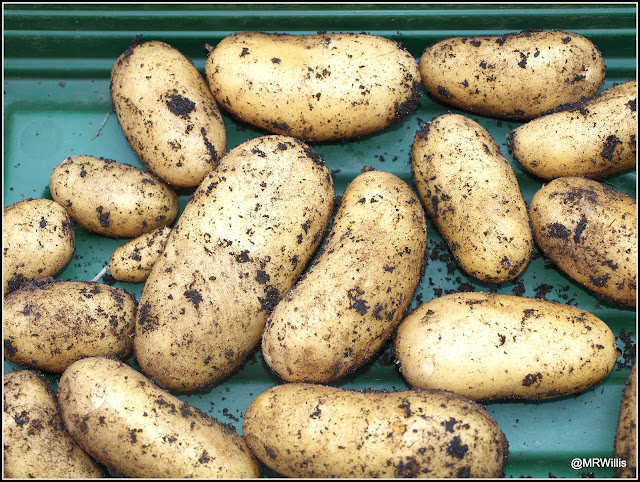 The pot which had two seed-tubers produced a smaller yield both in weight and in the size of the tubers. The weight was 1048g. 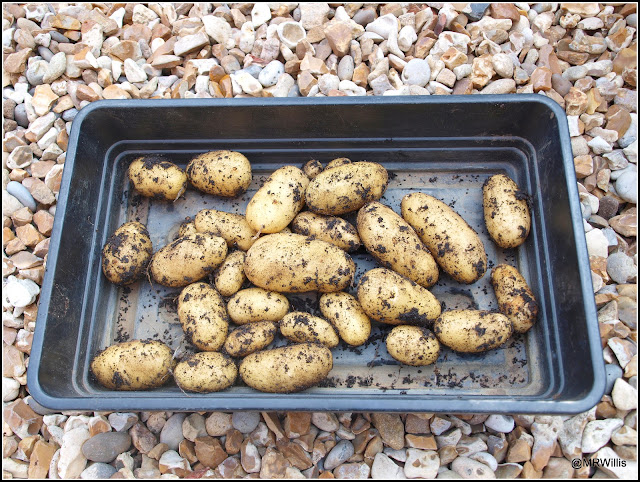 The total yield from both pots (3 seed-tubers) was therefore 2.23kgs. 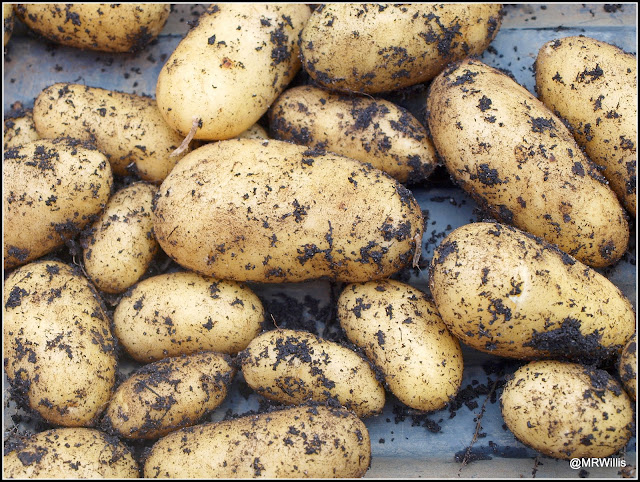 The quality of the tubers is a bit down on previous years, but still not bad. Despite frequent watering I know that the soil/compost growing-medium has at times been too dry. I know I have said this before, but if you are going to grow potatoes in containers you do need to incorporate masses of moisture-retaining organic matter, and you need to water thoroughly and regularly! 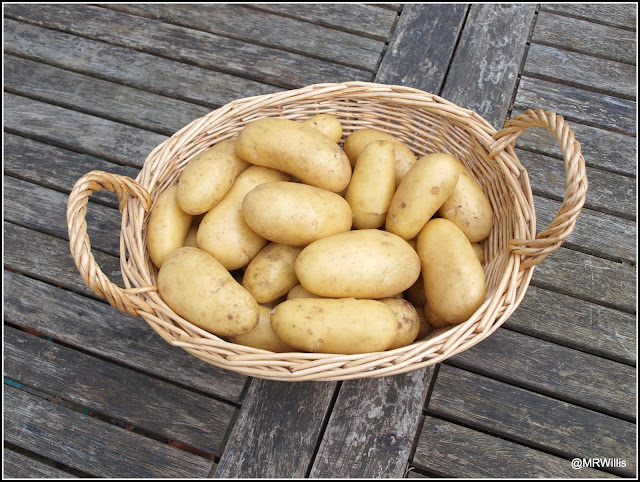 A couple of the tubers had a little bit of Scab, and one from each pot had worked its way to the surface and had gone green in the sunlight, but apart from that I think I can be pretty pleased with these. "Charlotte" really is one of the best potato varieties of all time! I shall definitely be growing it again next year. 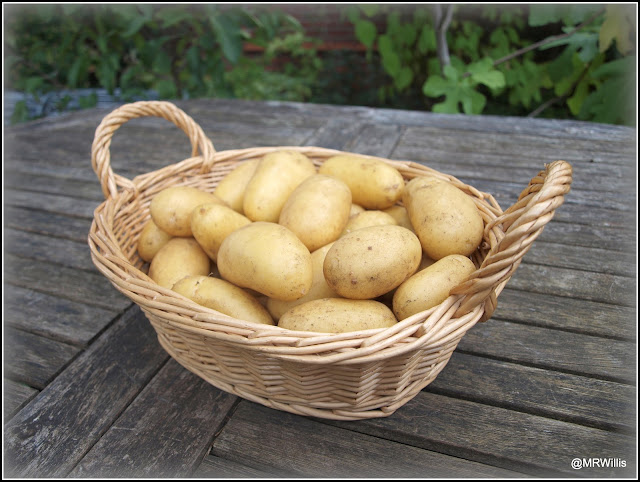 My experiment shows that in this particular instance, you can get just as good results (better, even) from sowing one tuber per pot instead of 2 or more, but with some of the other varieties it was the other way round, so I reckon the overall result (with one variety - "Nicola" - still to come) is probably inconclusive! To do this scientifically of course a bigger sample would be necessary...
Posted by Mark Willis at 12:30