Last Autumn, when I took over the garden at Courtmoor Avenue and started digging I saved a few very small potato tubers that I found. The owners of the garden told me that they were "Foremost" ones, which they used to grow every year. I planted these tubers in my own garden in the Spring (I described it HERE). 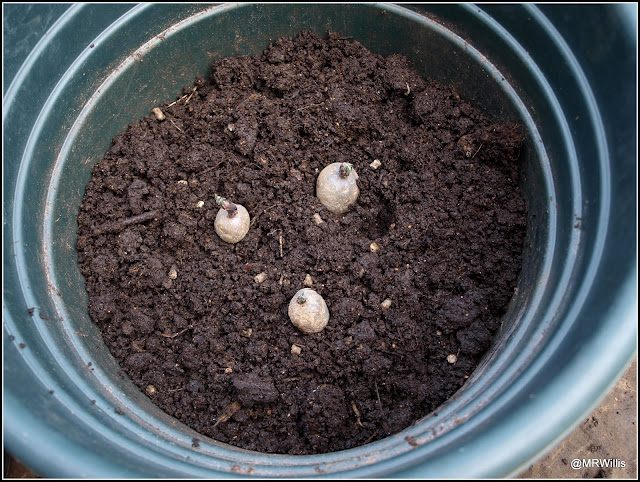 Last week I lifted the first of the crop they produced. 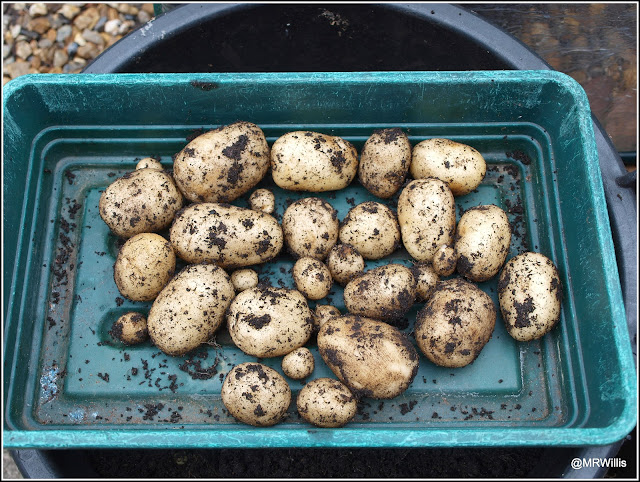 That first batch was from the least promising of the three pots I had planted-up. They weren't brilliant, but considering their origin I don't think they were too bad. This week I harvested the second of the three pots, and they seemed a lot better. 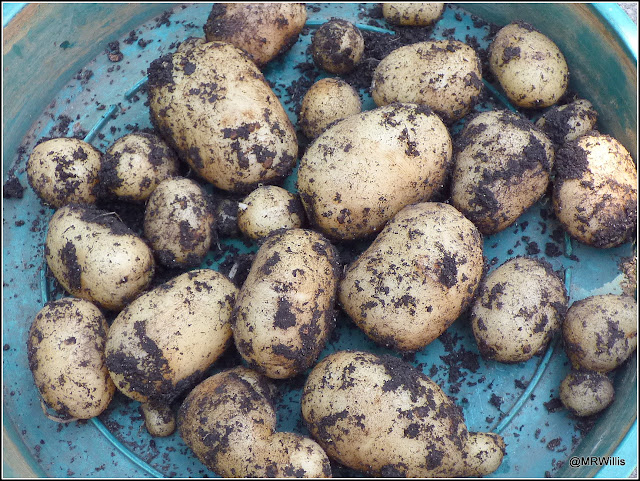 The yield from this one pot (I think it must hold about 25 litres of compost) was 1046g, which I think was quite respectable, since they came from 3 very tiny seed-tubers. The batch included 10 nice big tubers, along with about the same number of smaller ones. 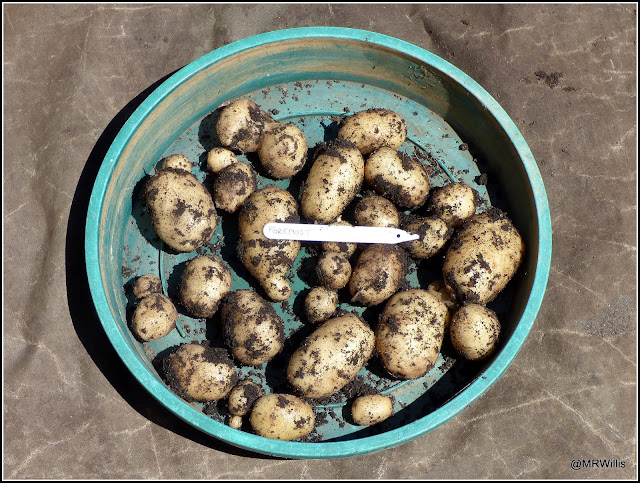 These potatoes are quite "blocky" - almost rectangular in shape - and have white skins and flesh. They have a pleasantly light texture when cooked. Some people say that "Foremost" are poorly-flavoured, but we didn't find them to be so. To be perfectly honest, I struggle to differentiate between potato varieties in terms of flavour!

I take pride in growing potatoes that have smooth, clean skins and I judge their quality at least partly by the presence or absence of the blemishes caused by the disease "Scab", to which "Foremost" is allegedly quite susceptible. These ones have a little Scab, but nothing too serious. [By the way, one way of reducing the likelihood of Scab is to include lots of organic matter in the growing-medium.] 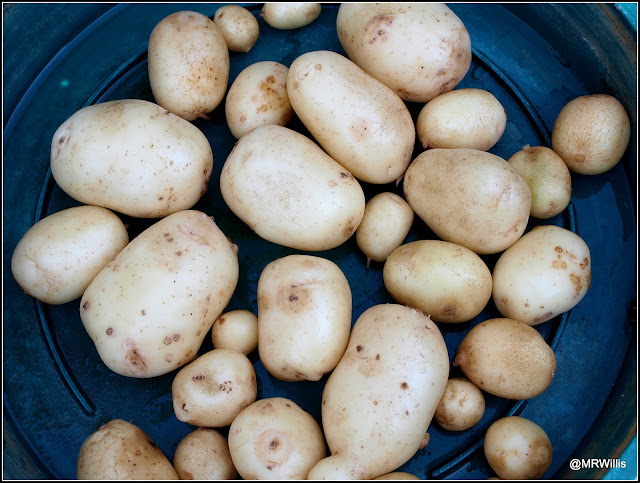 My plan with these is to eat the small ones, but to keep the biggest ones and use them as my seed-tubers for next year, thereby "ensuring the succession" of this variety. Yes, I know I could just go and buy some new seed-tubers, but for me there is something special about being independent and keeping the local seed-saving tradition going. I know that the owners of the Courtmoor Avenue plot will be pleased with this too, and that is reason enough for me.

Next up will be these 2 pots each of "Charlotte" and "Nicola" (Second Earlies), which look ready for harvesting with their foliage flopped over and going brown. 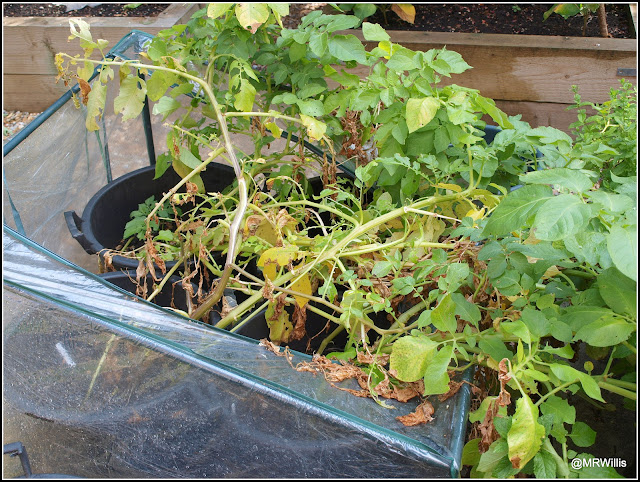 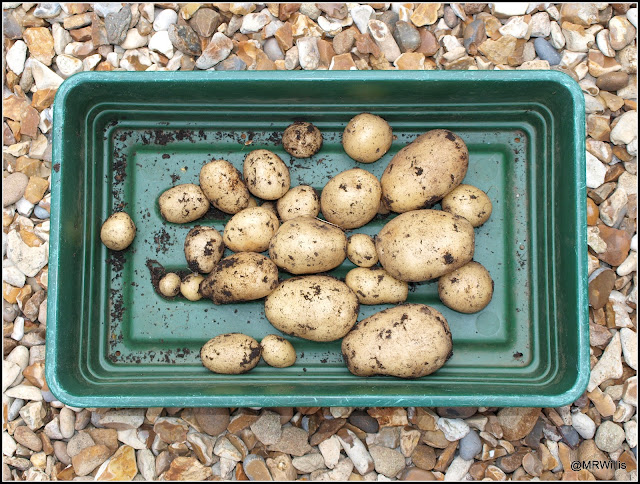 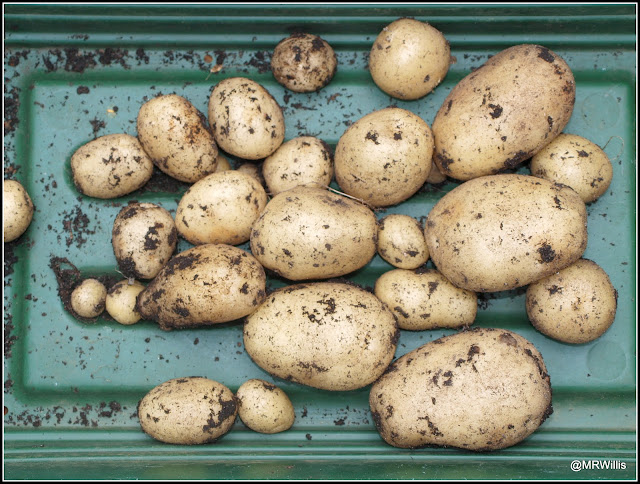