More harvests from the Courtmoor plot

Despite the continuing hot dry weather the plot has been giving me some more harvests. Amongst the most attractive was this bunch of "Long Red Florence" onions: 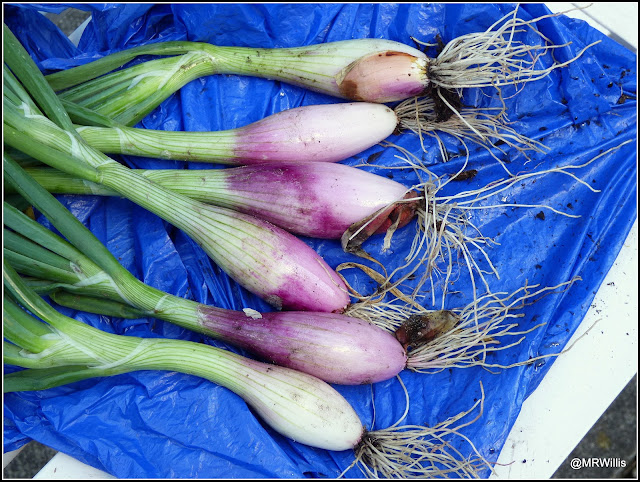 You may remember that I planted these in little groups, like this: 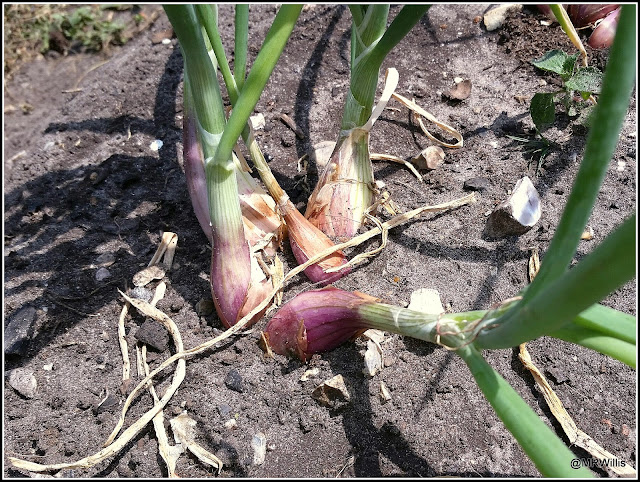 I grew this variety last year, and let them become fully mature before harvesting and then drying them. In retrospect this was not the best thing to do, because they didn't keep very well. They began sprouting after only about a month or so.  This year I have decided to pick them very young and to use them as a sort of super-sized Spring Onion. They are lovely sliced thinly and steeped in red wine vinegar for a short while... 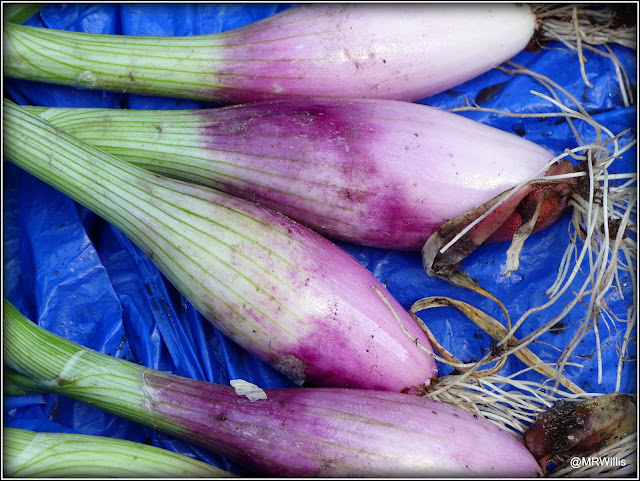 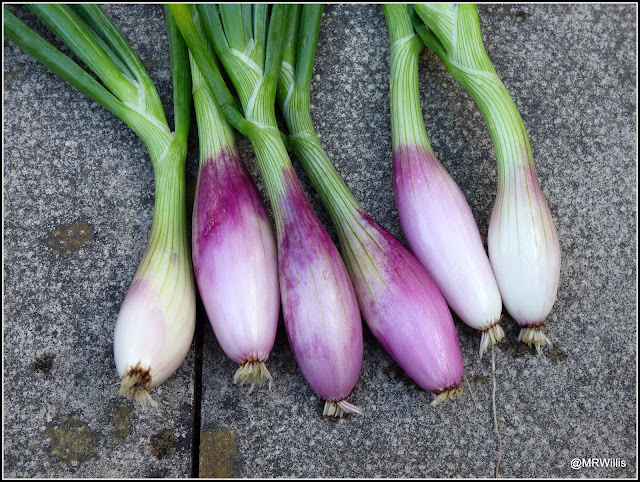 Less picturesque, but more significant was this "All Year Round" Cauliflower: 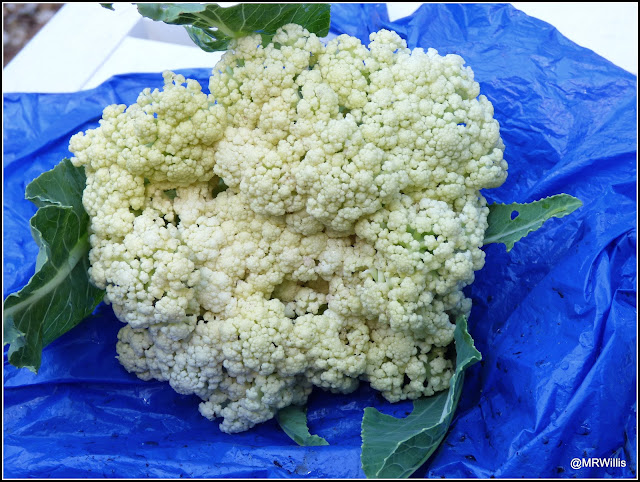 Despite its name, this variety of cauliflower (I have / had 5 of them) is probably best grown in the cooler months. The recent hot weather has brought them on prematurely. This, my first-ever homegrown cauli had just about bolted. It looked more like Sprouting Broccoli! 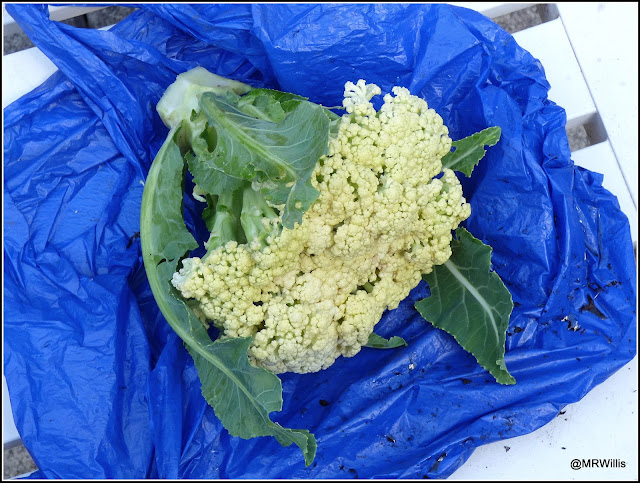 However, despite is appearance it had a good texture when cooked, and tasted nice too. 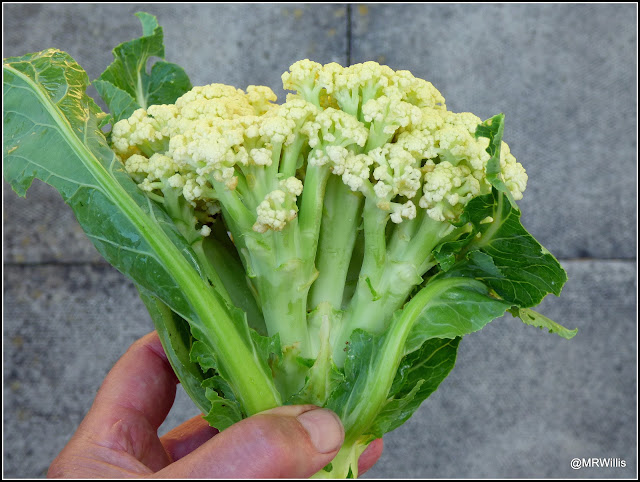 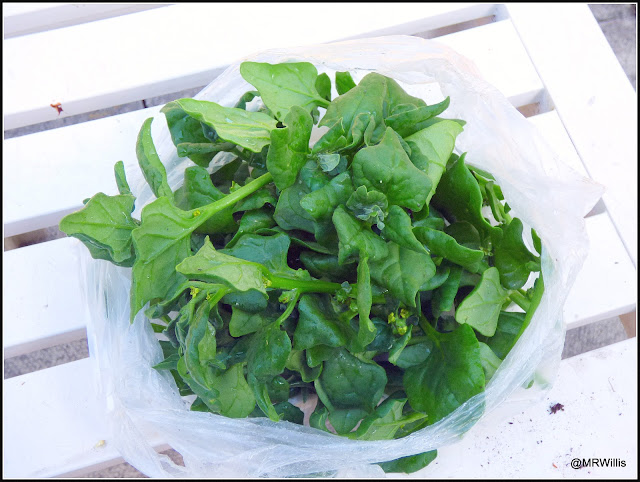 Despite my assurances that "it's not really spinach at all", Jane, having nobly tried it the first time I cooked it, has decided she definitely doesn't like it, so from now on it's all mine! I ate the batch pictured above alongside two poached eggs and a couple of slices of homemade sourdough bread. Delicious!

The "Cobra" Climbing French Beans are delivering now too. 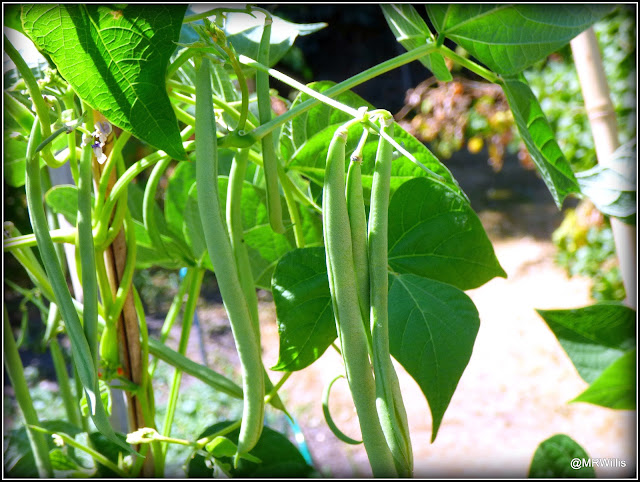 So far I have picked four batches, each of about 200g, like this one: 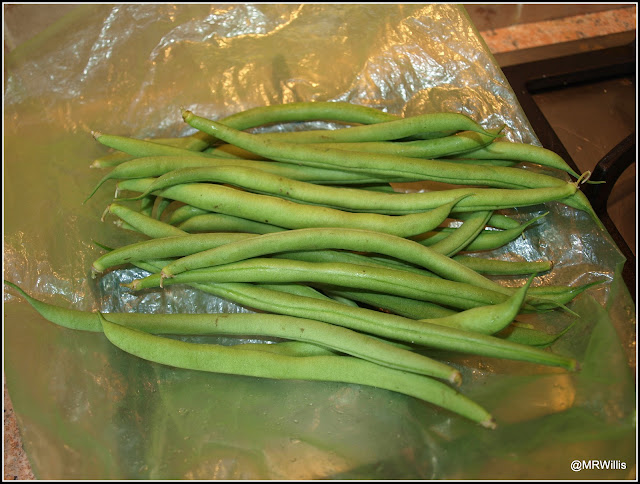 I'm giving alternate batches to my hosts, because I know they like green beans, and for the same reason I now have four batches each of 9 plants of Dwarf French Beans on the go - two of "Canadian Wonder" and two of "Jean's Beans" saved from the plot's 2017 harvest.
Posted by Mark Willis at 12:30