One of the new (to me) crops I'm growing this year is New Zealand Spinach (Tetragonia tetragonioides). After raising it from seed, I planted 18 seedlings up at my Courtmoor Avenue plot. 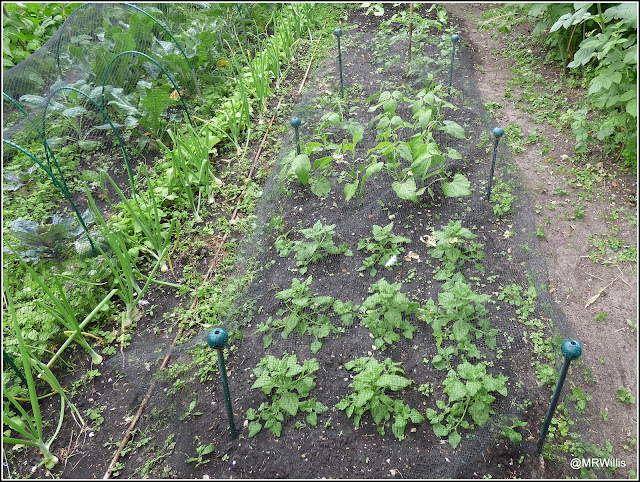 As a reliable source of "greens" this vegetable seems ideal - it can grow on poor soil, it can tolerate drought and the slugs appear to dislike it! Incidentally, another name used in Australia for this plant is "Warrigal Greens". Wikipedia says: "Its Australian names of warrigal greens and warrigal cabbage come from the local use of warrigal to describe plants that are wild (not farmed originally)." So now you know...

Having never grown this crop before, I'm taking my lead from the owners of the plot, who tell me that my plants are now already big enough to start picking from. They are about 12 inches / 30cm tall, and have several sideshoots. 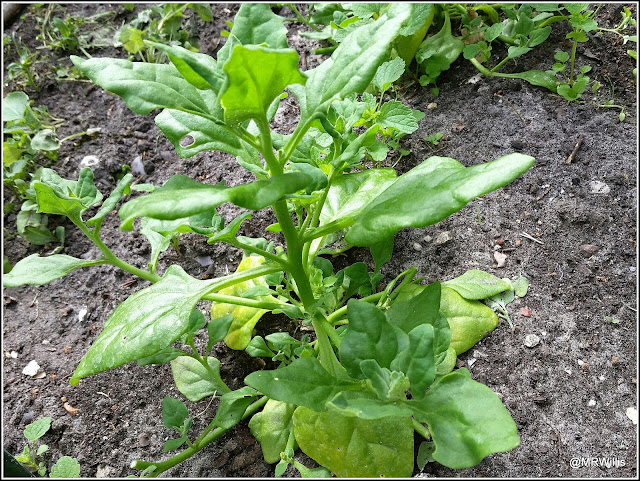 I picked about 3 or 4 shoots from each of the first group of 9 plants. I hope I'm doing this right. I pinched off shoots about 3 or 4 inches long, like this: 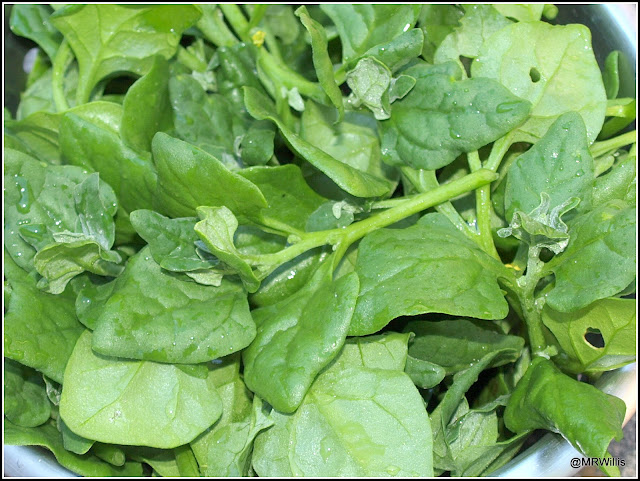 I can see that amongst its other desirable qualities, this vegetable can convincingly claim to be "prolific"! 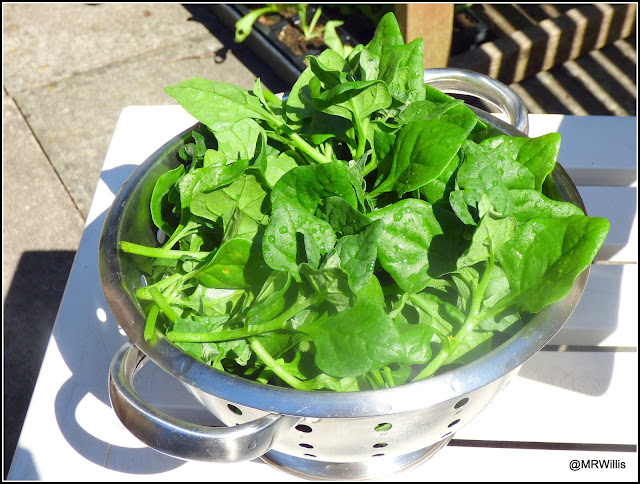 Many of the sideshoots trail along the surface of the soil, so it's important to wash the harvest thoroughly in several changes of water before cooking it, otherwise it's likely to be gritty. 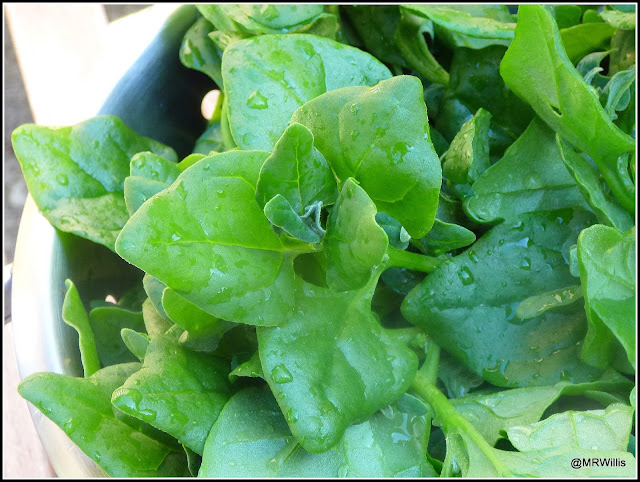 For our first use of this vegetable I decided on a stir-fry. I heated up some sunflower oil in a wok, and cooked some crushed garlic and finely-diced shallot until just turning golden, then added a dash of chilli oil, closely followed by the spinach. As the spinach cooked I decided that it needed some moisture to avoid it burning so I added about 100ml of water, which worked well. The end result was very much like it would have been with "normal" spinach, though the texture was a bit firmer. It had none of the bitterness sometimes associated with spinach. I liked it though Jane didn't, but then Jane doesn't like conventional spinach either and this was perhaps just too similar to it to appeal to her!
Posted by Mark Willis at 12:30