Earlier this year I was full of enthusiasm for the prospect of getting a lovely harvest of fruit from my new plot at Courtmoor Avenue, and in between spells of digging I spent some time pruning and weeding lots of rather neglected Blackcurrant bushes and Raspberry canes. 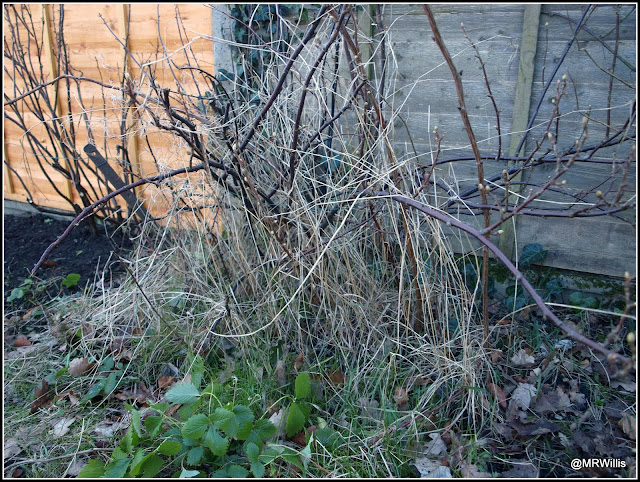 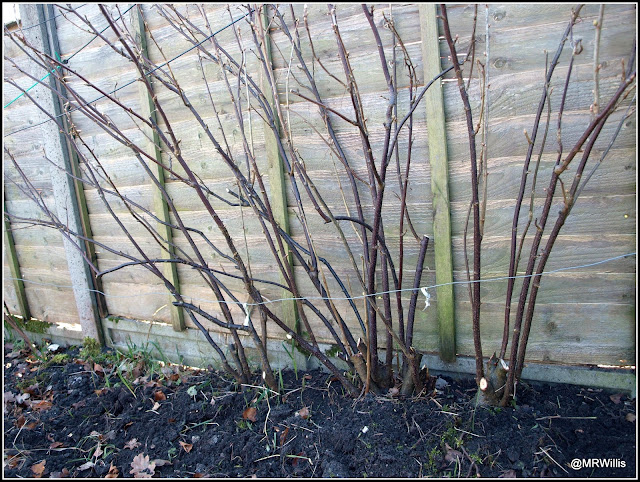 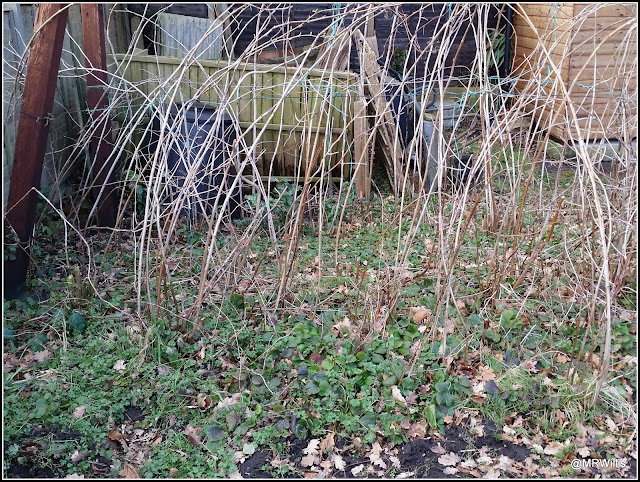 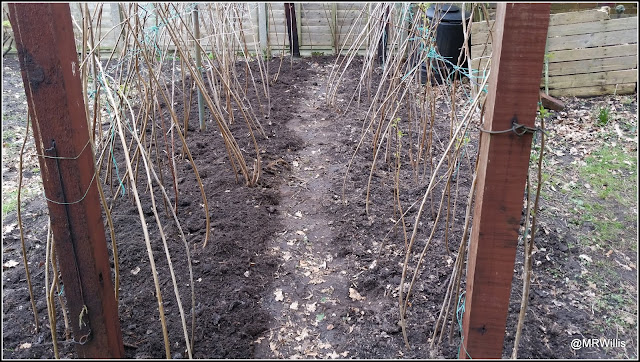 However... my hopes have all been dashed, by a combination of two factors - weather and birds. The current hot dry spell of weather started at more or less the time when the fruit began to ripen, and ever since then my attention has been primarily focussed on vegetables rather than fruit. By this I mean that each time I have visited the plot (approximately an hour and a half every other day) I have had to spend most of my time watering, just to keep the plants alive. I haven't had the time (or indeed the energy) to do much to the fruit bushes. They ought to have been netted, and I ought to have pursued more vigorously my hosts' vague mentions of "We used to net them...", but I didn't, and I still haven't established if there are any nets available. The lack of netting has given the birds (specifically Blackbirds and Pigeons) free rein with the ripe fruit. They cleared the whole lot, and to the best of my knowledge none was picked by humans.

The total lack of rainfall for the past several weeks (it must be about six weeks now) has meant that the Raspberry crop was negligible anyway. If the weather had been kinder, the fruit would have swollen and become juicy, but instead the Raspberry canes have become parched and desiccated and the fruit was tiny and dry - almost crumbly. 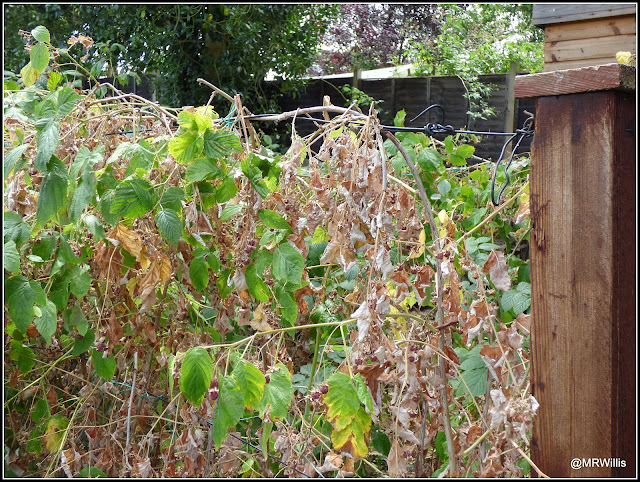 Miraculously, the plants have managed to put up some new canes which are surprisingly green! 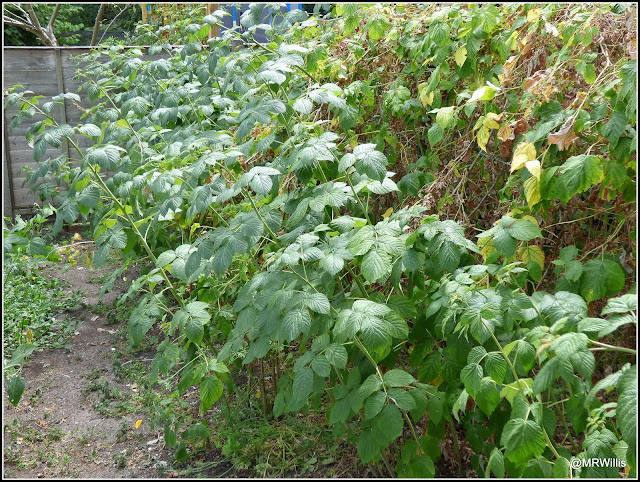 These canes are what will (or should) produce fruit next year, so I can only hope that we get some rain soon, so that next year's harvest is not lost even before it has begun! I'm tempted to make these canes into a new row of Raspberries, erect a new support system and remove the old one. 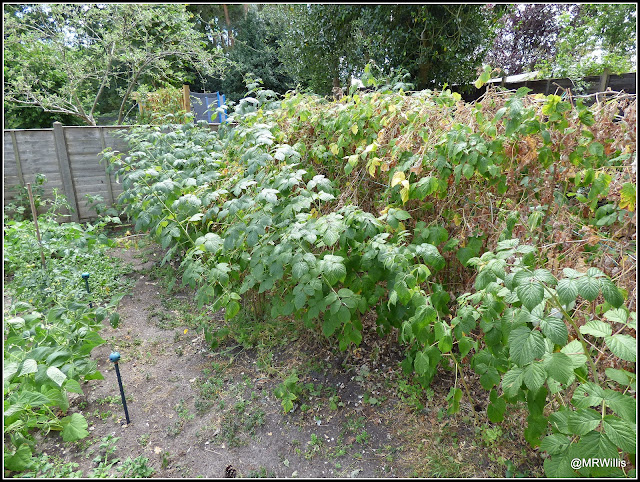 There is just one little shred of good news. I managed to pick about half a pound of Blackberries this week: 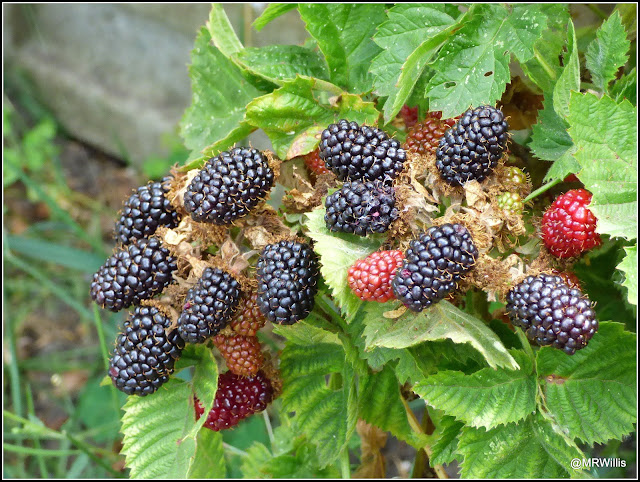 These came off the plant which I had protected with a scrap of spare Enviromesh. It looks as if I did this just in the nick of time! 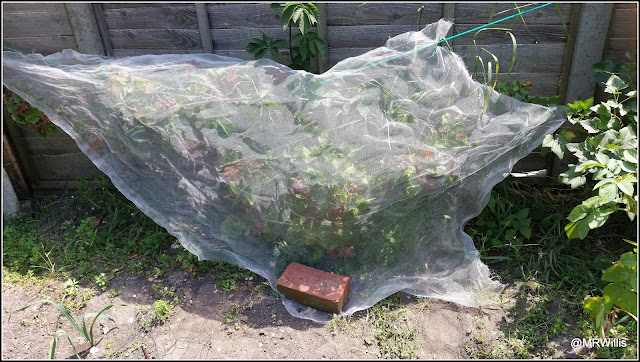 I felt that the plot-owners should get first priority with this meagre harvest, so I can't tell you what the berries were like, but I'm hoping there may be a few more to pick next time I visit, and if so it will be my turn. 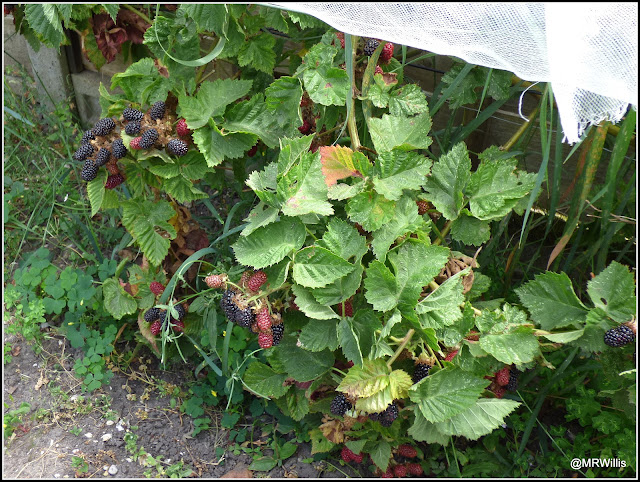 Incidentally, back in my own garden the Blueberry bushes that normally give me a few pounds of fruit have produced practically no berries at all this year. I don't really know why, but I suspect it has something to do with the really cold, snowy weather we had in the early Spring. 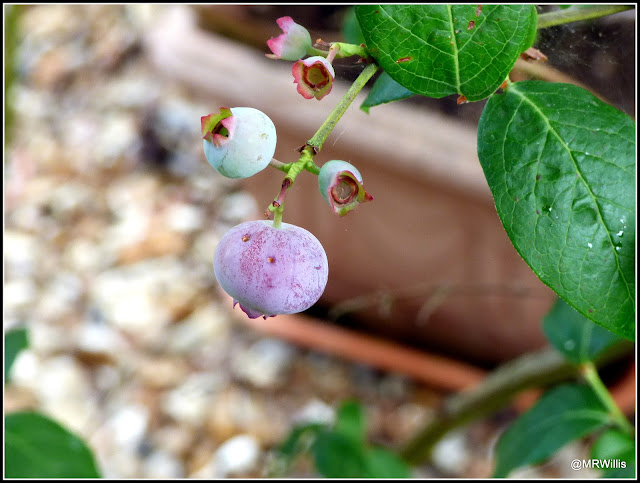 The Blueberry plants are in pots, so I have had to water them religiously to keep them alive in the scorching weather, hoping all the while for a better result next year. 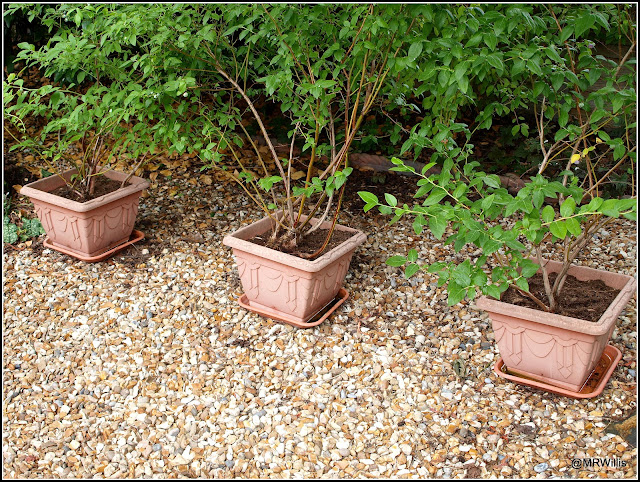 Still, looking on the bright side, at least this year I don't have to worry about netting the Blueberries, hehehe!
Posted by Mark Willis at 12:30