This week I picked a few of my carrots, just to see how big they were. I didn't really expect them to be mature yet, but it's hard to tell for sure until you actually pull some up, isn't it?

Well, the verdict is that they are still too small to be picked in quantity, but this little bunch was pretty damn good for a first test! 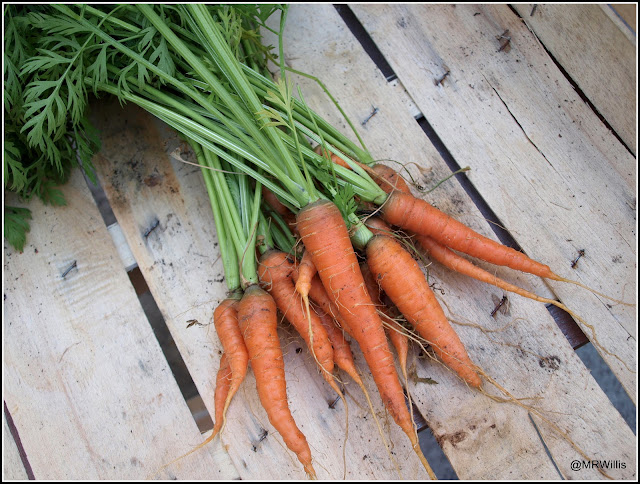 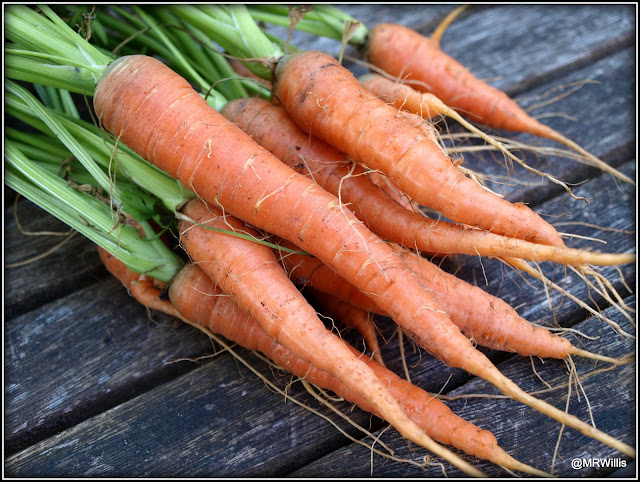 As I have reported earlier, germination of my carrot seeds was very poor this year and I decided I would not thin the rows. However, picking that bunch this week convinced me that this had been a mistake. It was evident that the carrots were in some places far too closely packed. I decided that they were unlikely to mature into decent roots unless I thinned them out, and fiddly though it might be, the job had to be done.

Before doing the thinning I watered the carrot bed very thoroughly because this helps to minimize root disturbance in respect of the ones being left in the ground. I did the job early in the day too, before it got too hot for me or the carrots! Gently teasing out the superfluous roots, I was eventually left with this: 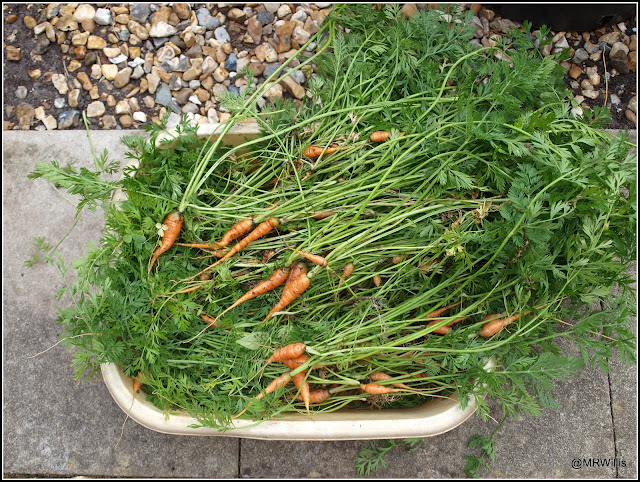 Some of the carrots were very tiny and not worth keeping, but I managed to save this little lot, which are certainly useable. When you grow your own vegetables it's very seldom that anything even remotely edible gets wasted! 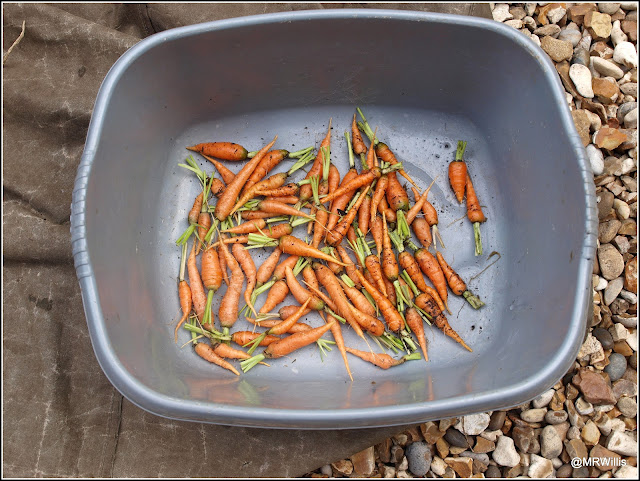 Tiny carrots like these make a delicious snack - they seem to have all the flavour of a mature carrot, but concentrated in a small space! We like eating them with a drink before dinner. 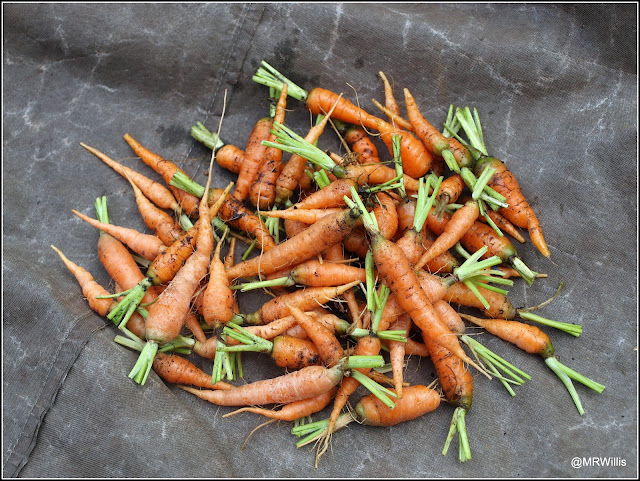 It was encouraging to see that although my carrots are still small, they are nice and clean, with no sign of Carrot Root Fly damage. I'll leave them another 2 or 3 weeks and try another lot.
Posted by Mark Willis at 12:30