Having been suffering from a severe cold for days on end, I had begun to develop "cabin fever" and felt a strong urge to get out of the house for a while. Since it was a bright cold day I felt that a trip to nearby Fleet Pond was in order. This small lake is a well-known haven for wildlife of all sorts, so I reckoned I ought to be able to get a few decent photos...

Fleet Pond is more than just a pond. It's a mega-pond; quite a large expanse of water. 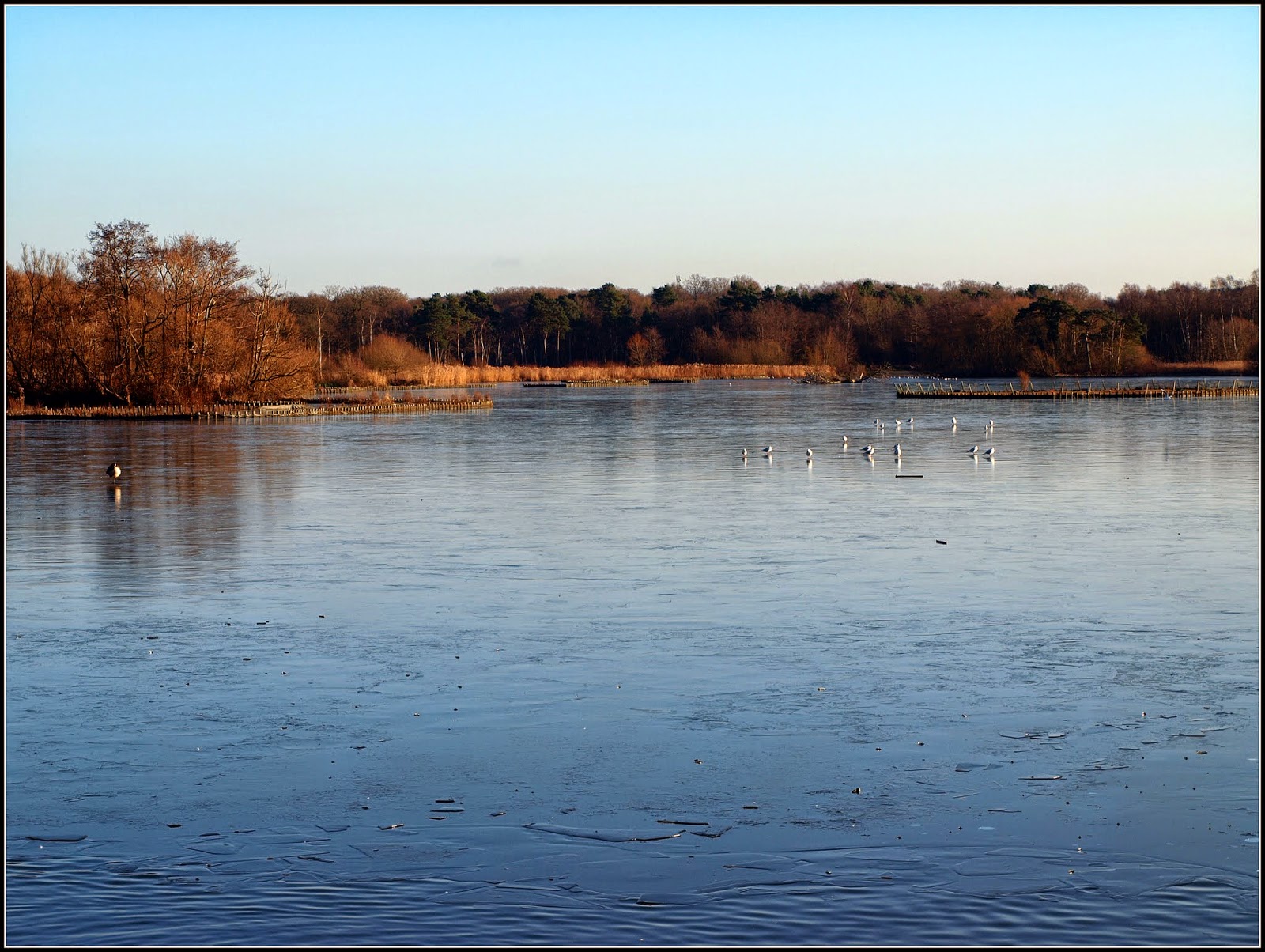 The pond was covered with a thin sheet of ice, making it look as if the water-birds were walking on water. 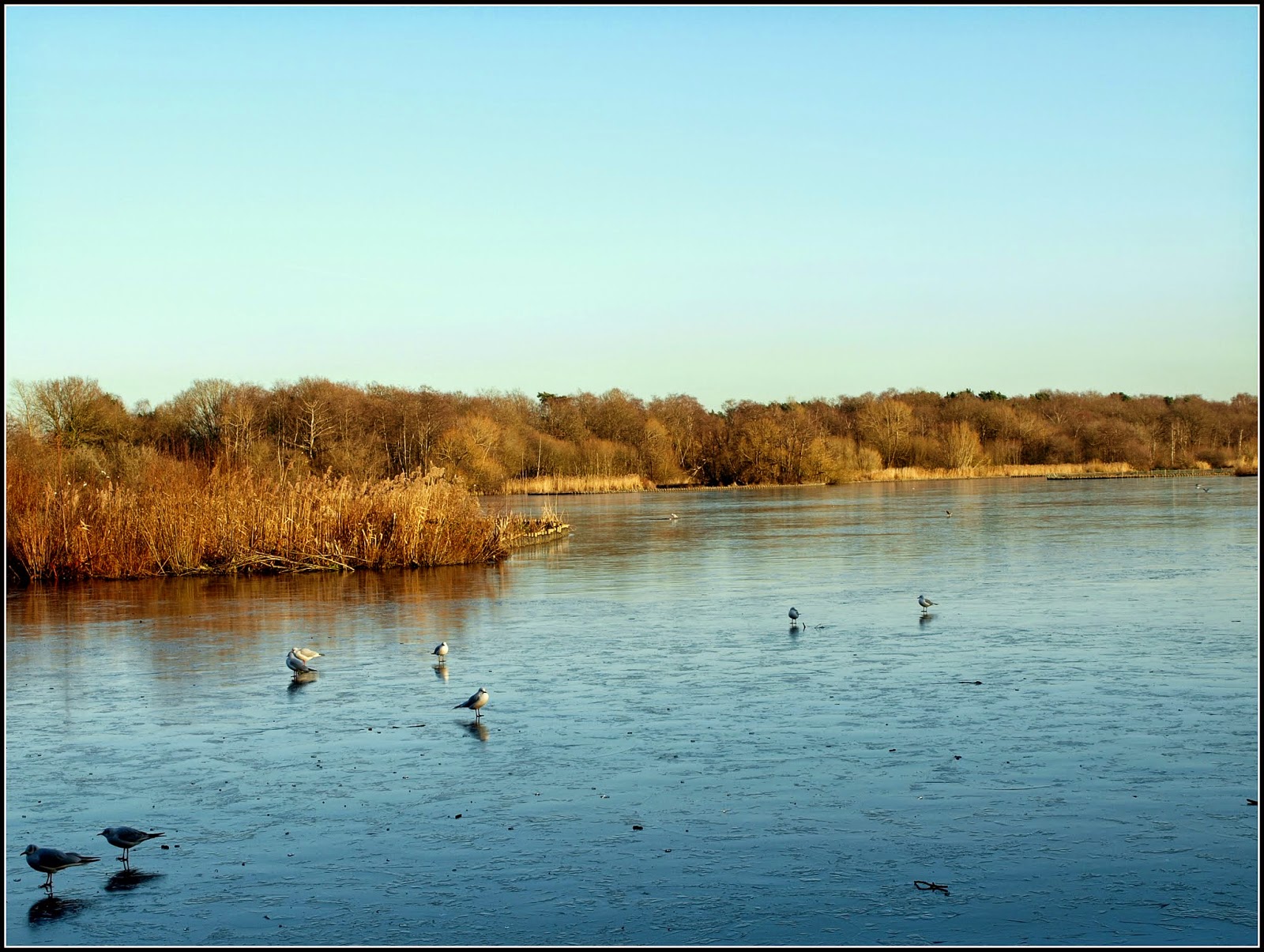 What the wildlife likes most is the reeds.


Around the pond there are big reed-beds. 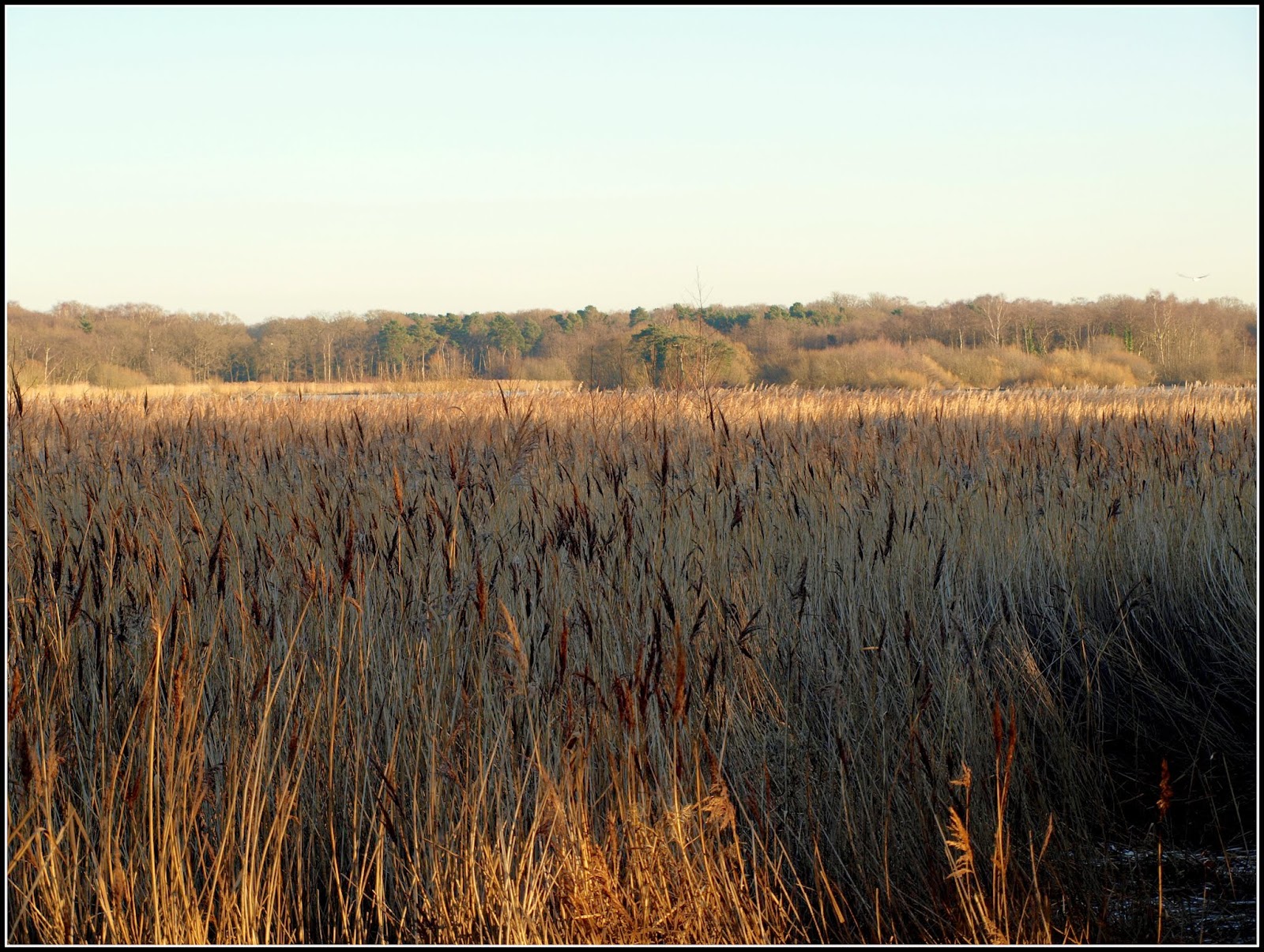 The reeds are 6 - 8 feet tall, providing plenty of cover for all the little birds and animals that love to inhabit them. 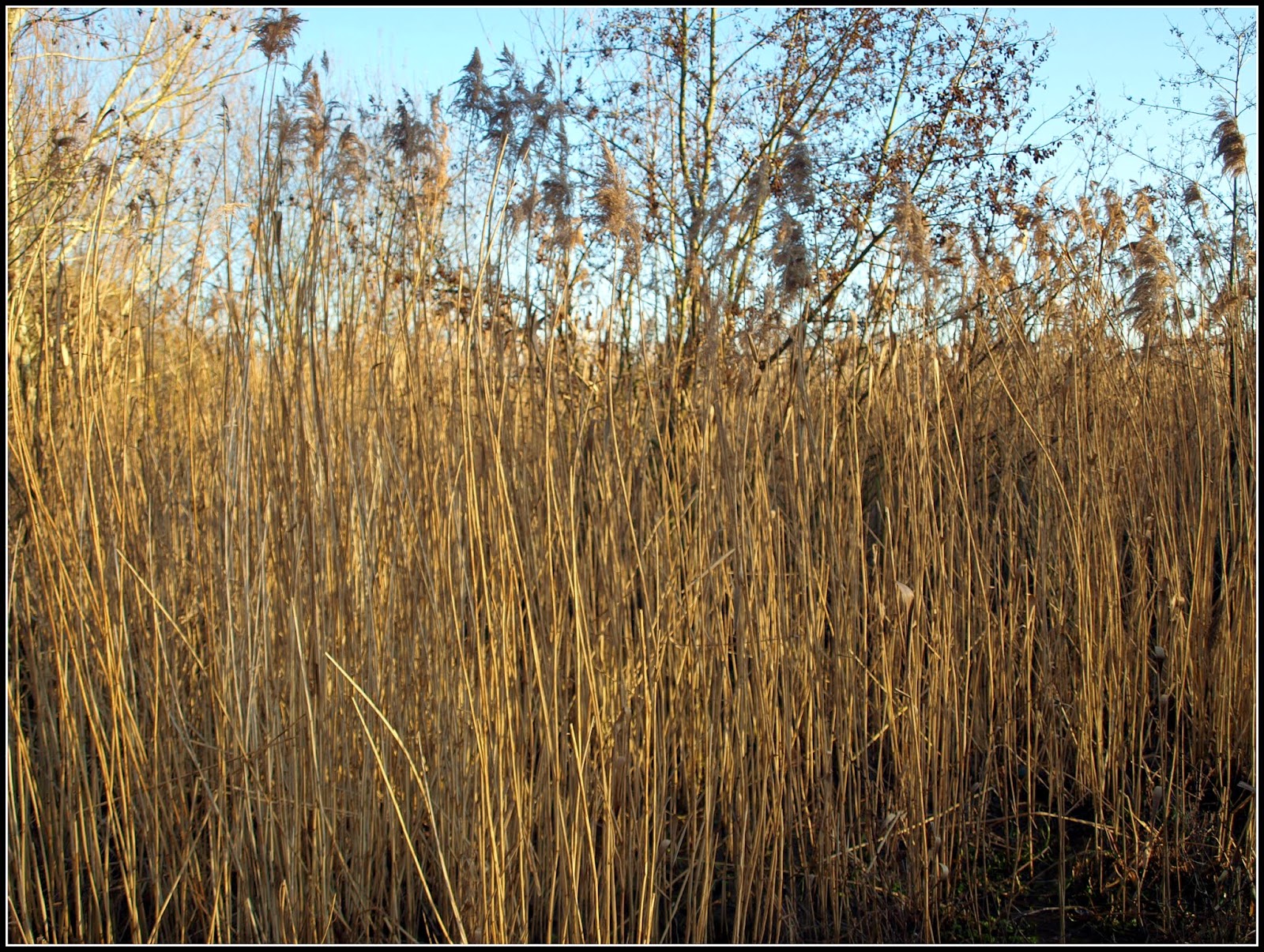 Lots of Swans live on the pond. 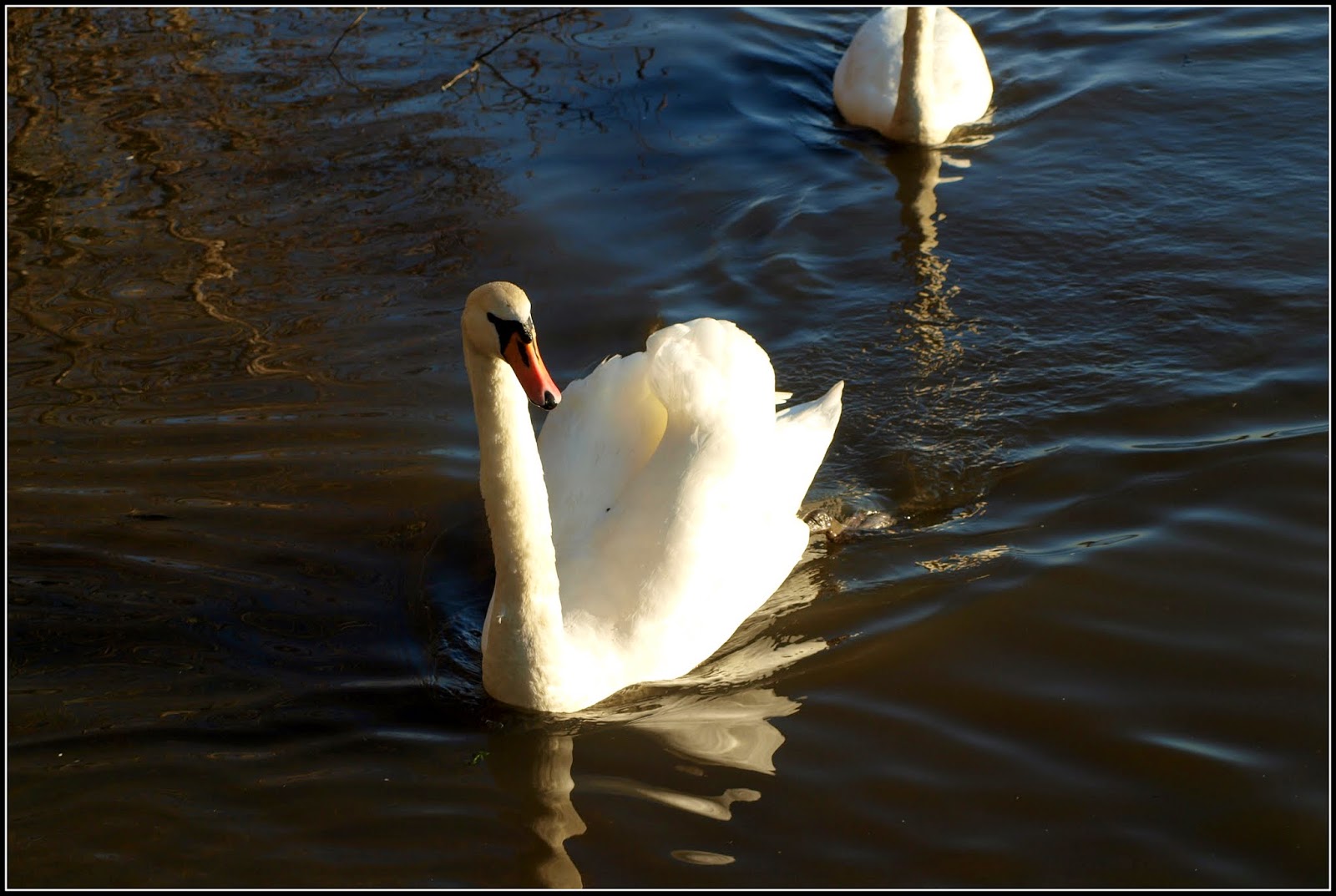 Here's a pair of Swans "necking"! 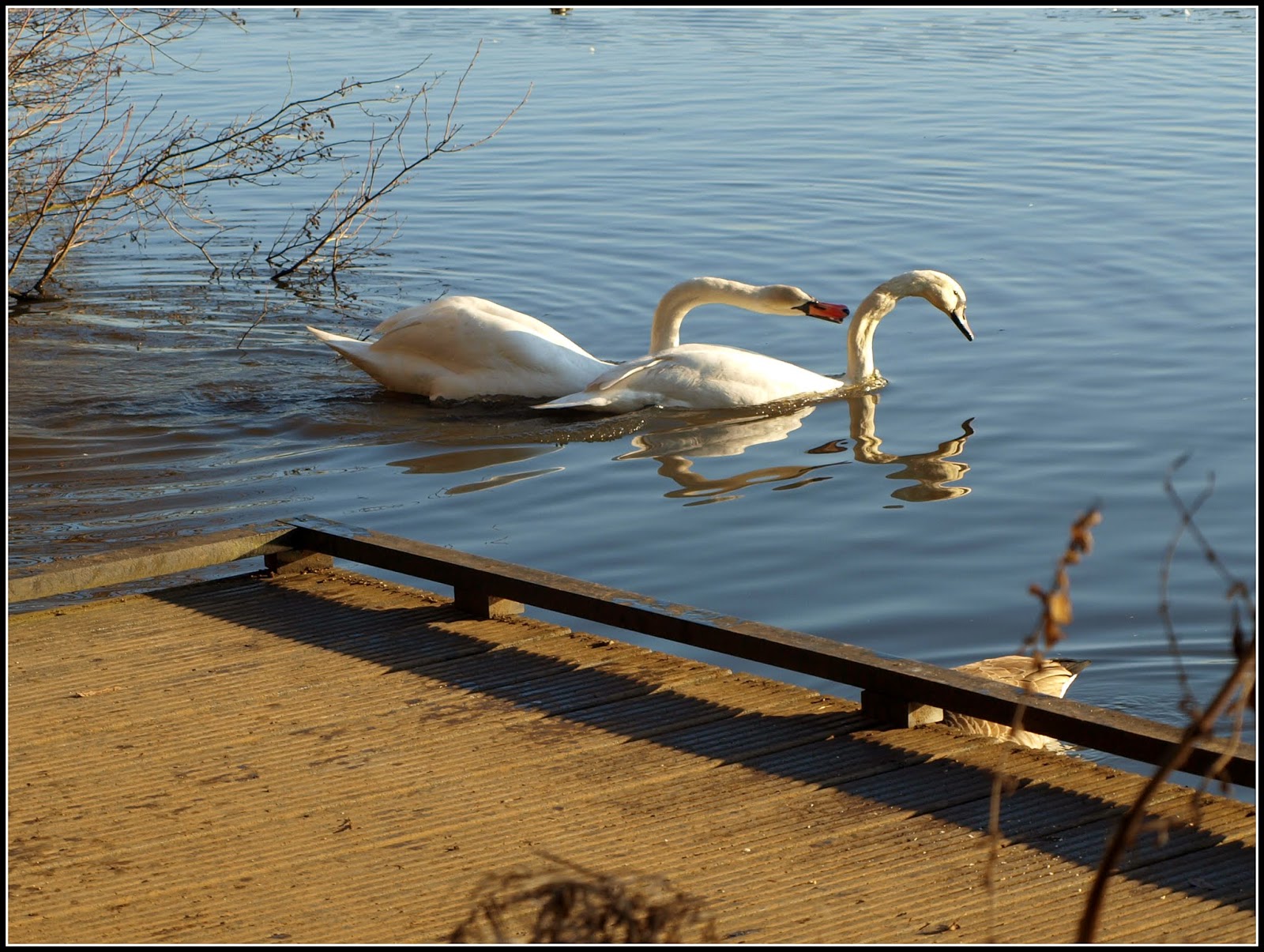 This one probably thinks it's a Swan, but of course it isn't - it's some sort of Duck. This one is easier to identify - a female Mallard duck, glowing in the sunshine. 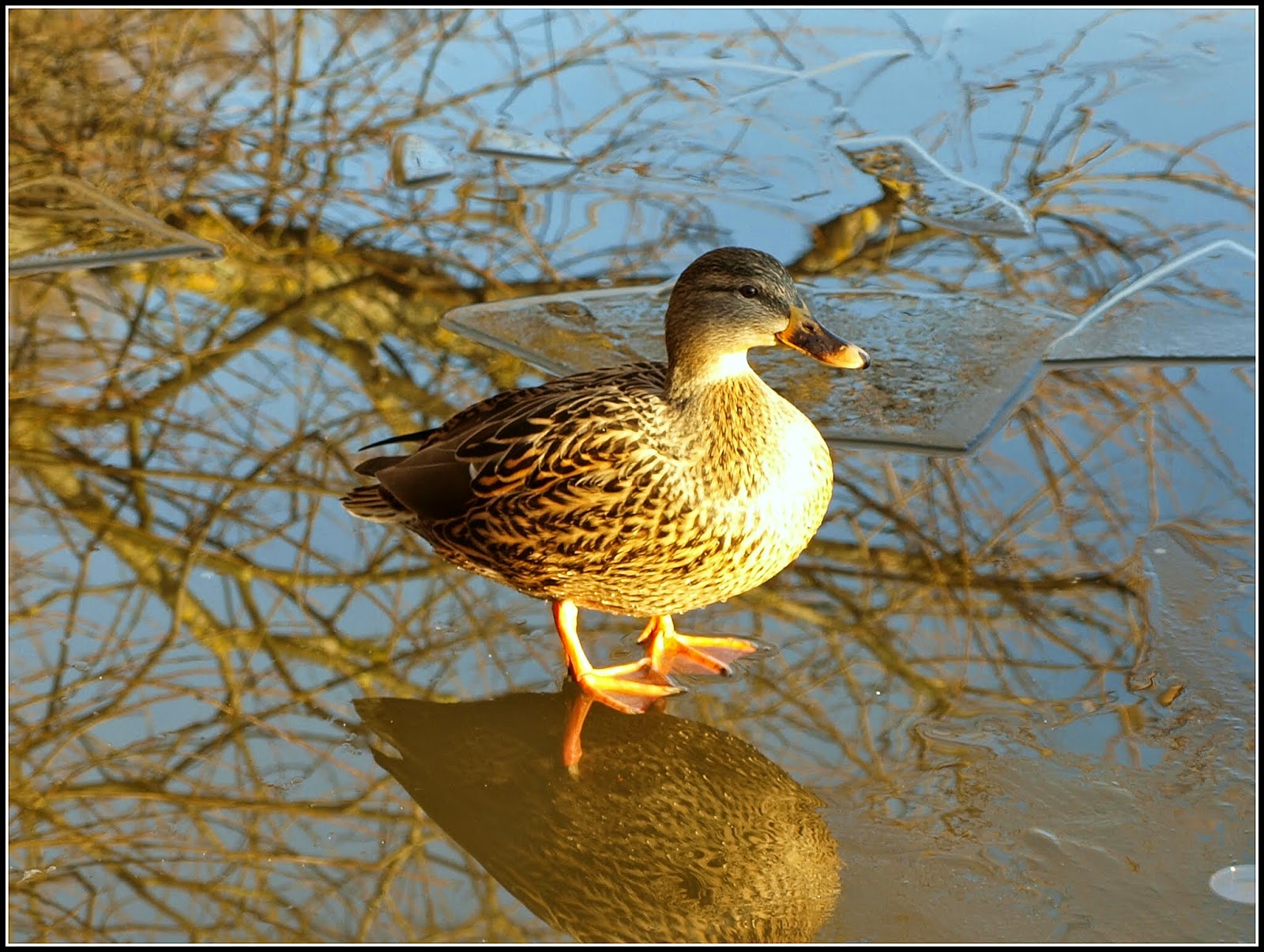 Here is a male Mallard, along with a couple of Canada Geese. 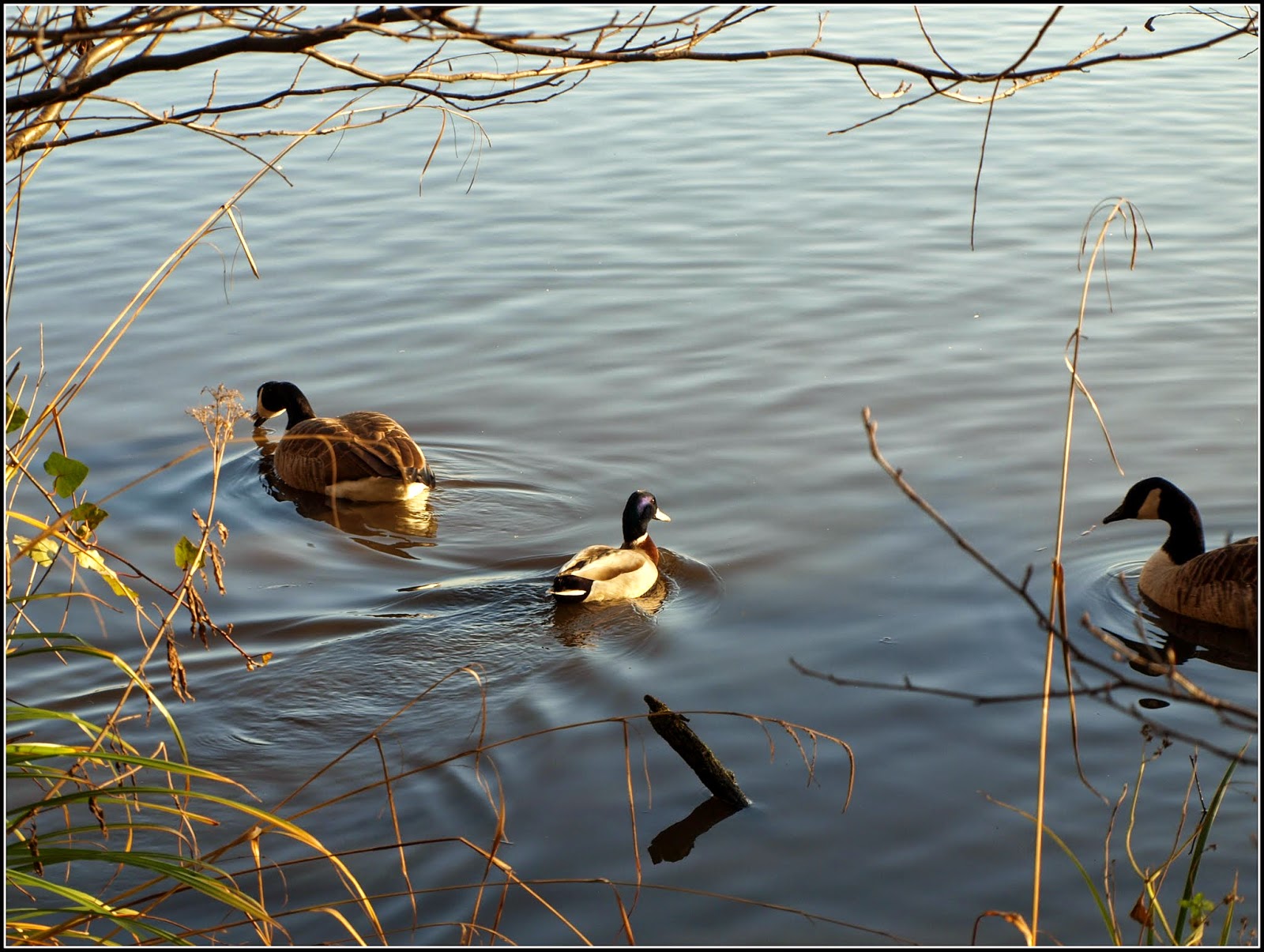 And this is a couple of Canada Geese with another Mallard. The Goose in the centre of the shot is nicely illuminated by a fortuitous ray of sunshine, making it the unmistakeable focus of the photo. 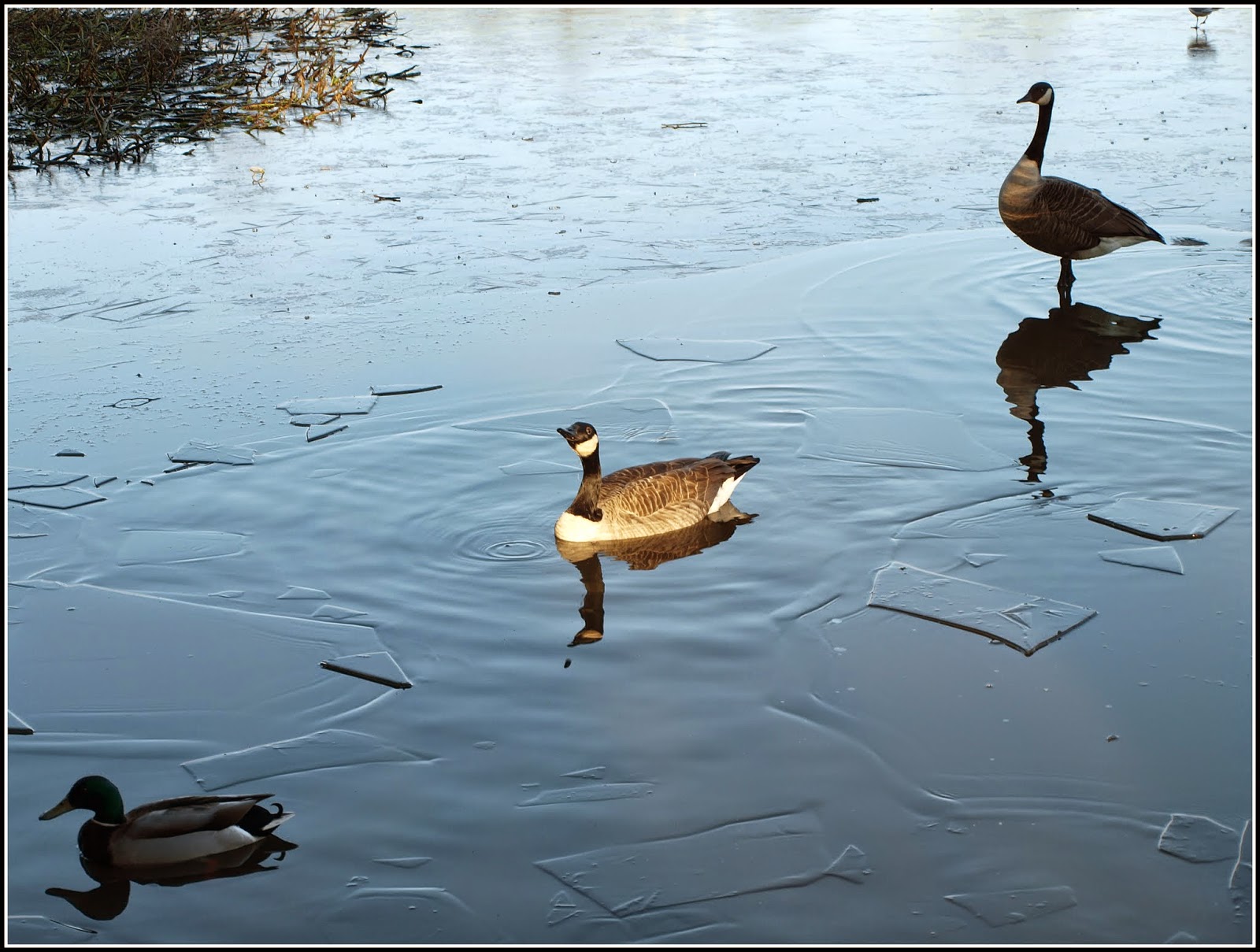 This next shot was taken at a range that was really beyond the capability of my 14 - 42 Standard lens, but I think it is good enough to include anyway. It shows a Grey Heron. 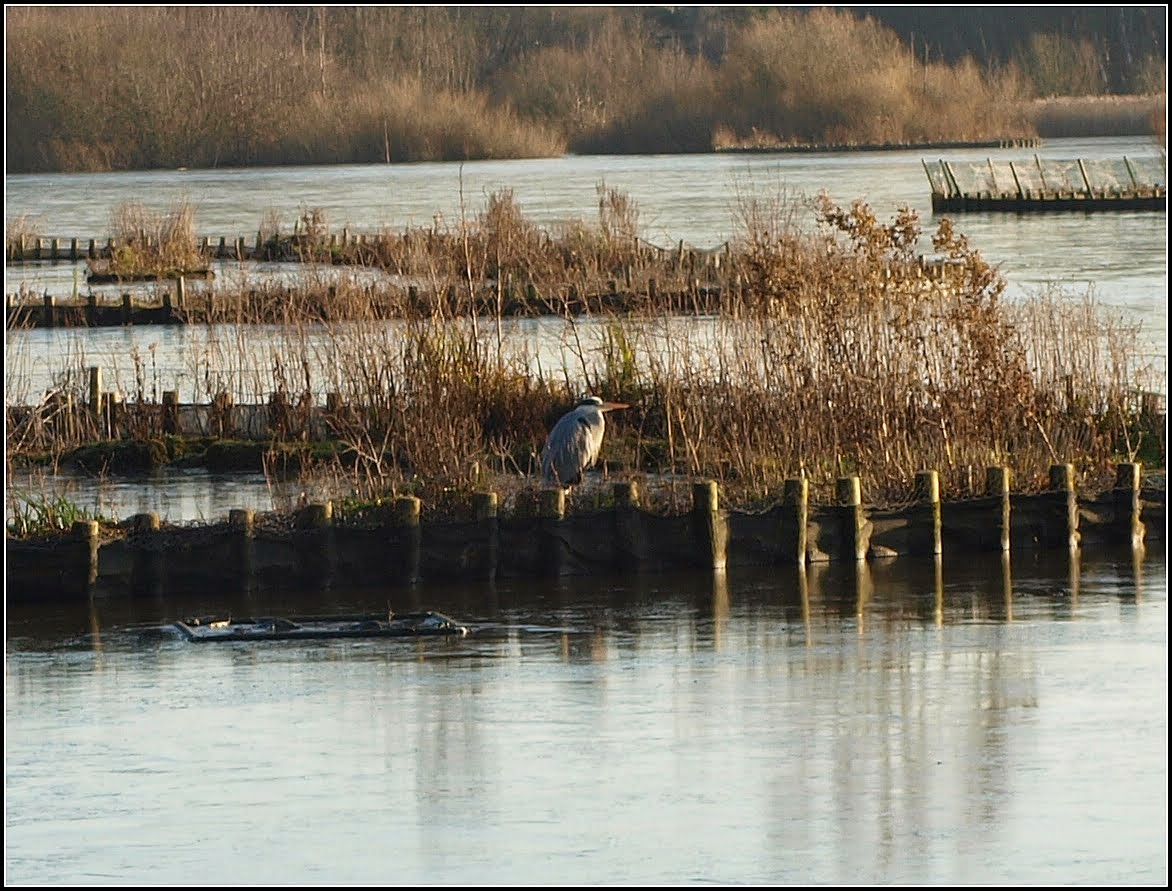 Apart from the water-birds, I met loads of Robins. My photos here are of three different birds. The first one posed very obligingly on a footpath marker-post. This one perched on a fence looks really chubby - almost spherical. 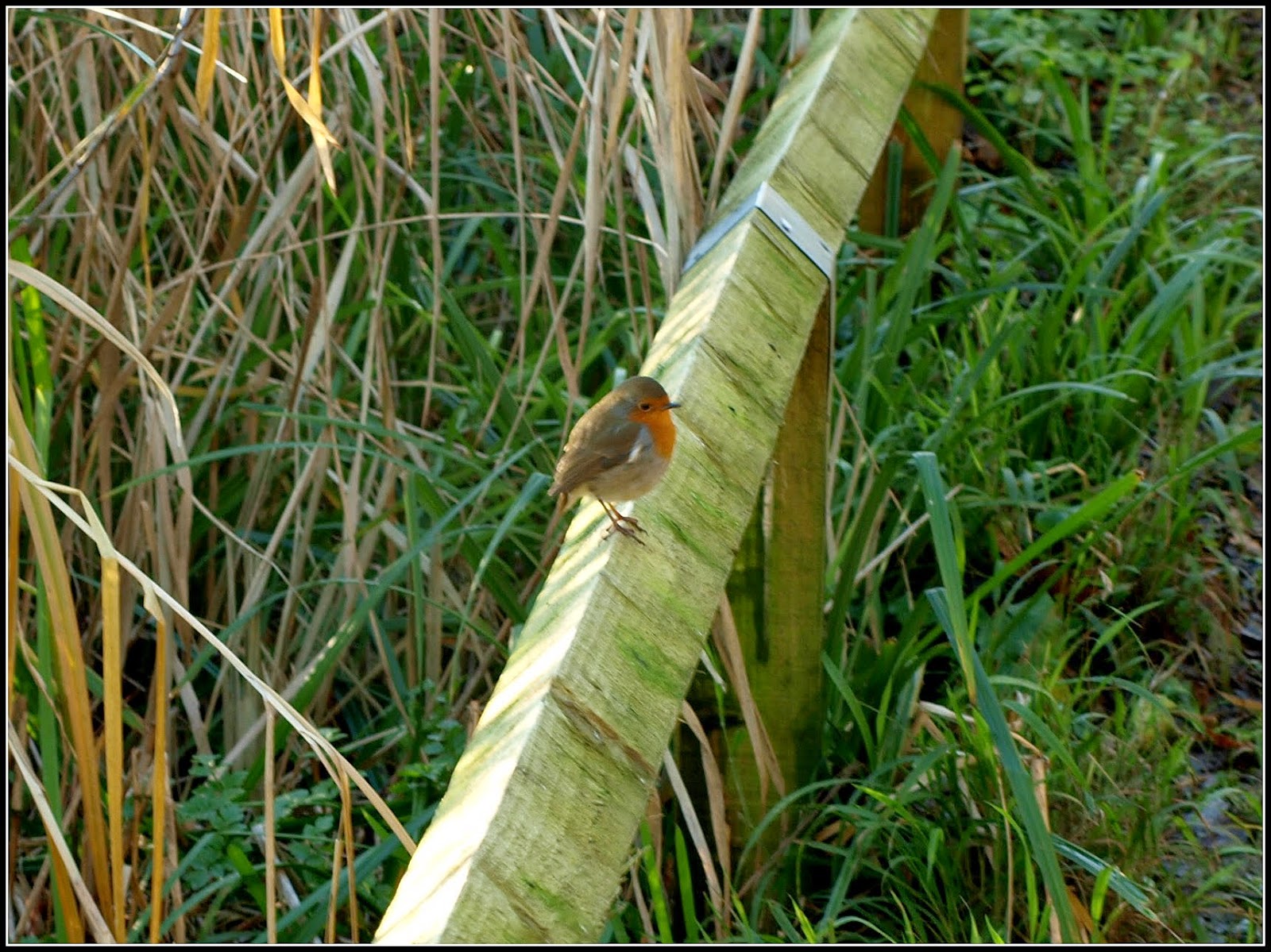 I think this would count as a "difficult shot" by any measure. This Robin was NOT going to sit in an easy-to-photograph position, but I got him anyway! I rather like the effect of the complex array of boughs and branches. 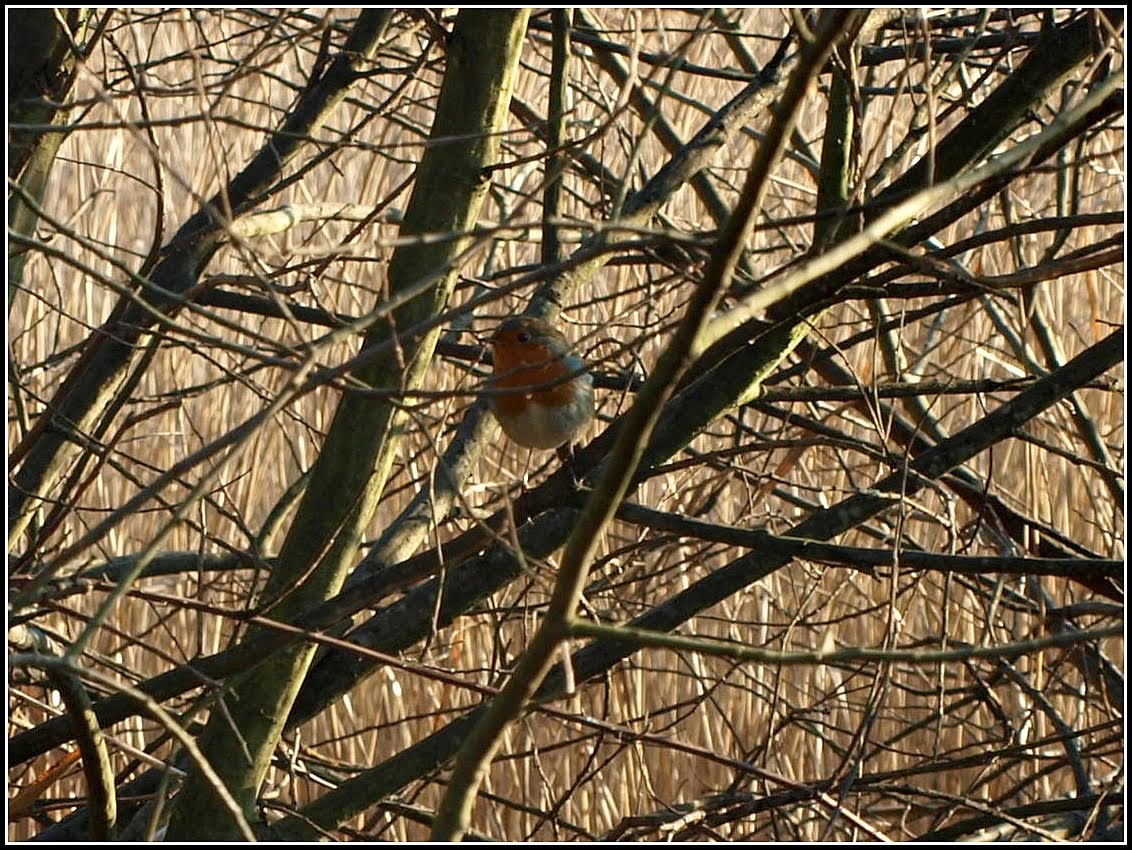 Apart from birds, I did see some other stuff, like this Marsh Marigold, flowering despite the icy conditions. 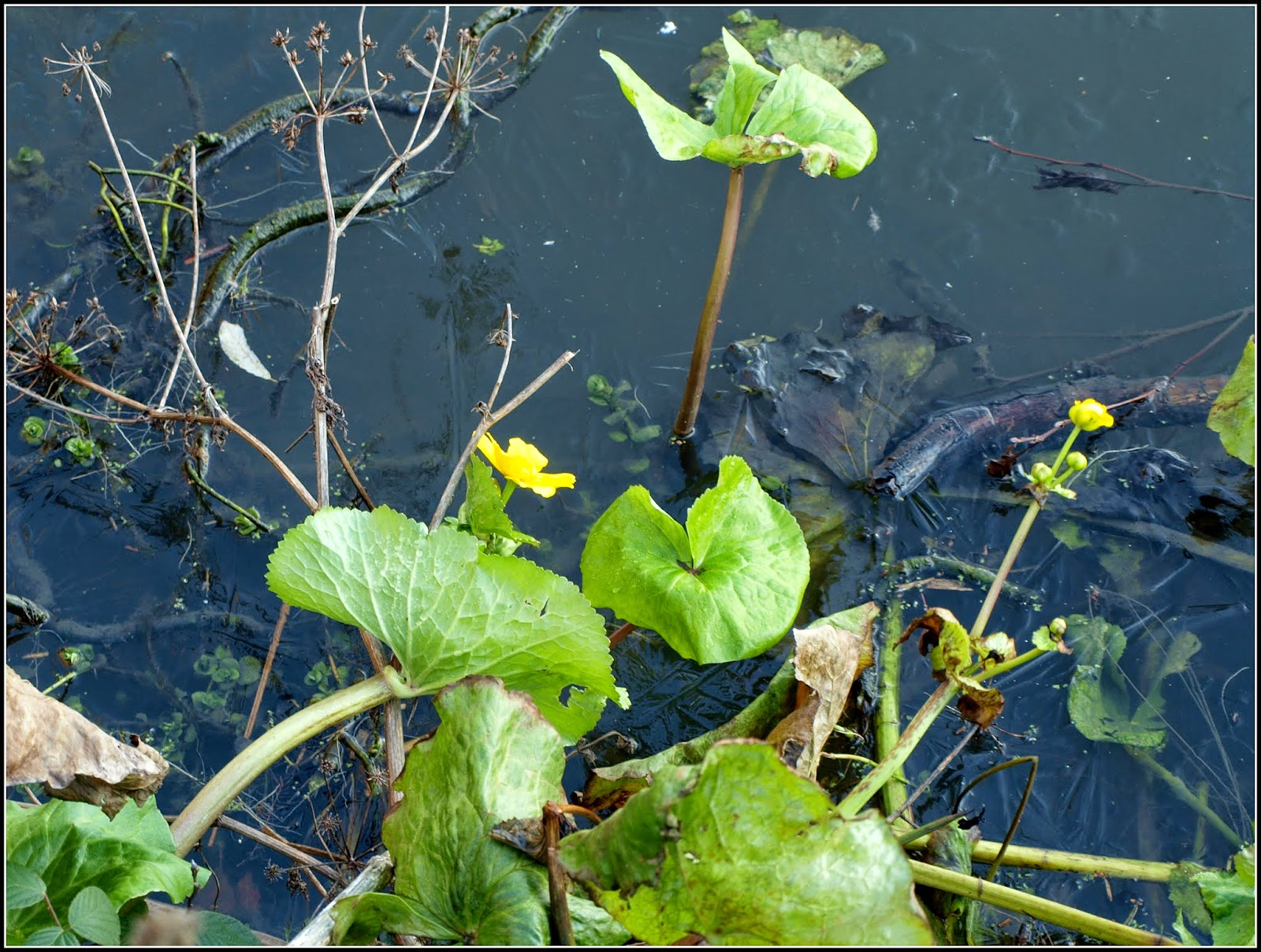 And this fungus growing on a tree-stump. 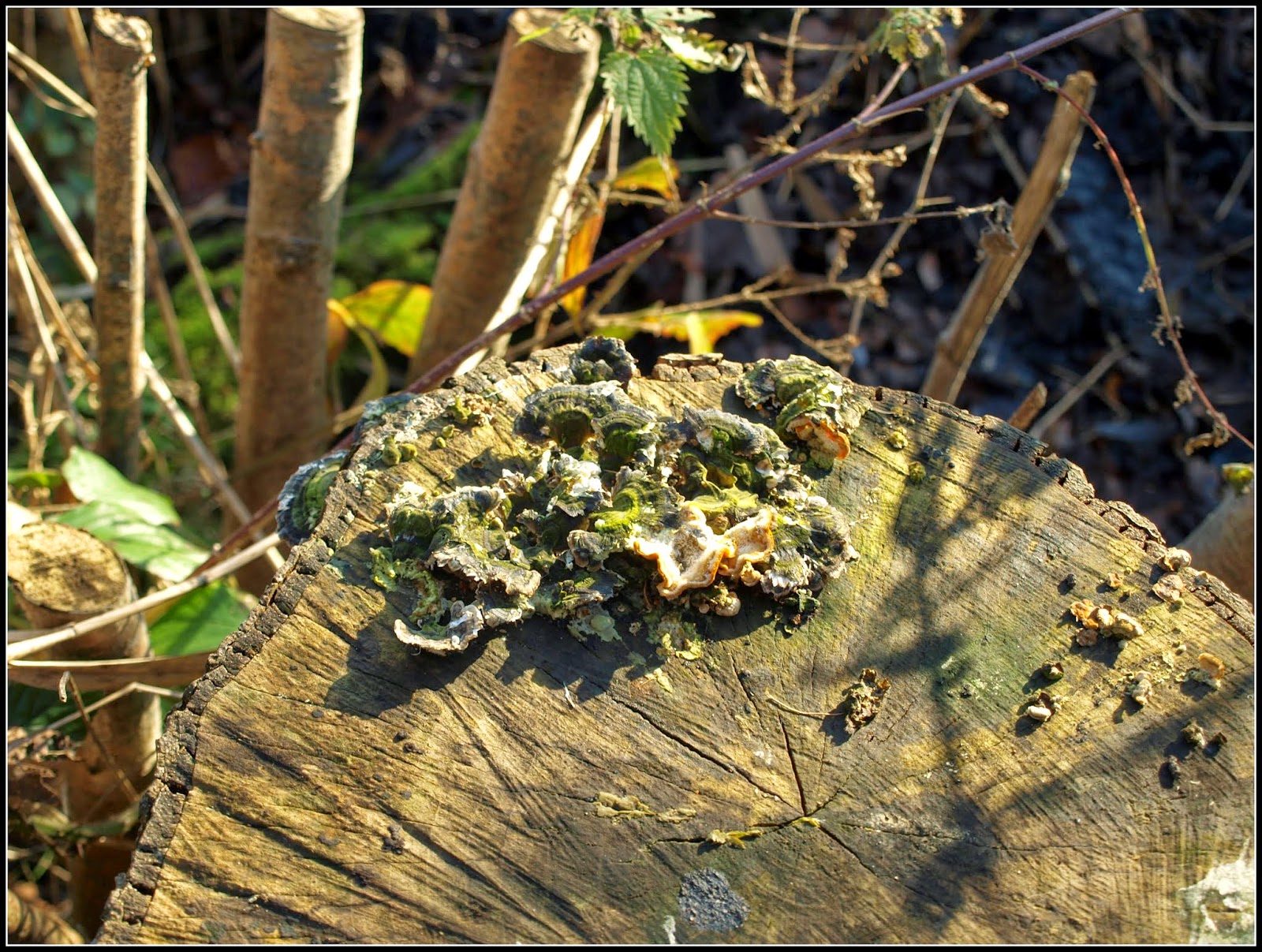 Even an old brick culvert can be photogenic, you know. I love the light and shade effect, and the warmth of the mellow brickwork. 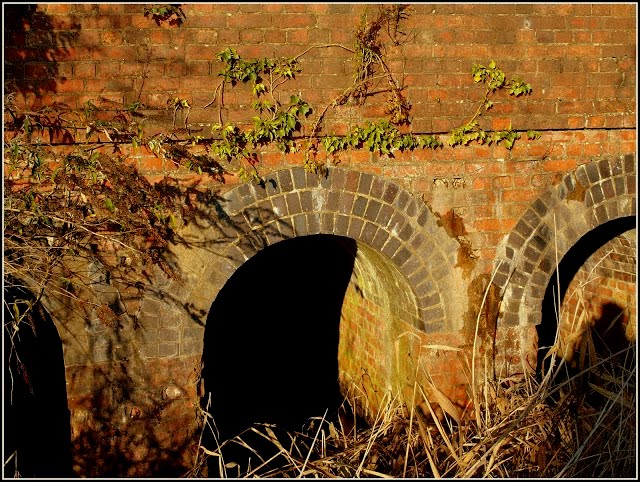 I was talking to another photographer at the pond, and she said to me "What did you come to photograph?". I replied "Whatever looks interesting!"
If you enjoyed this post you might be interested in THIS older one - from 2011 - too.
Posted by Mark Willis at 12:00