Yesterday I wrote about walking along the towpath of the Basingstoke canal. Today I want to show you photos of some of the plants and fungi I saw.

Seeing as how it's December and nearly Christmas, I think photos of Holly and Ivy are probably obligatory, so let's do those first... 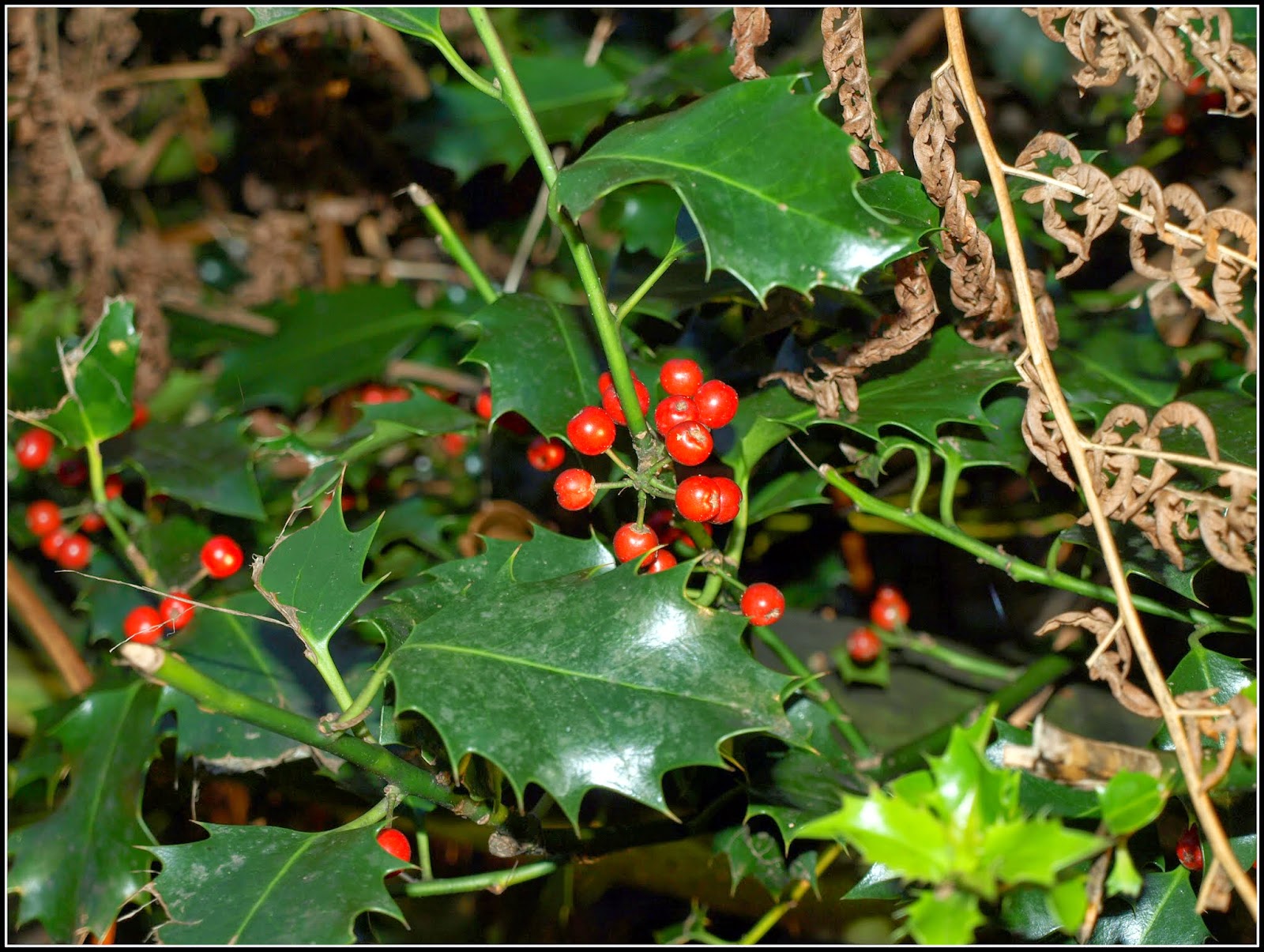 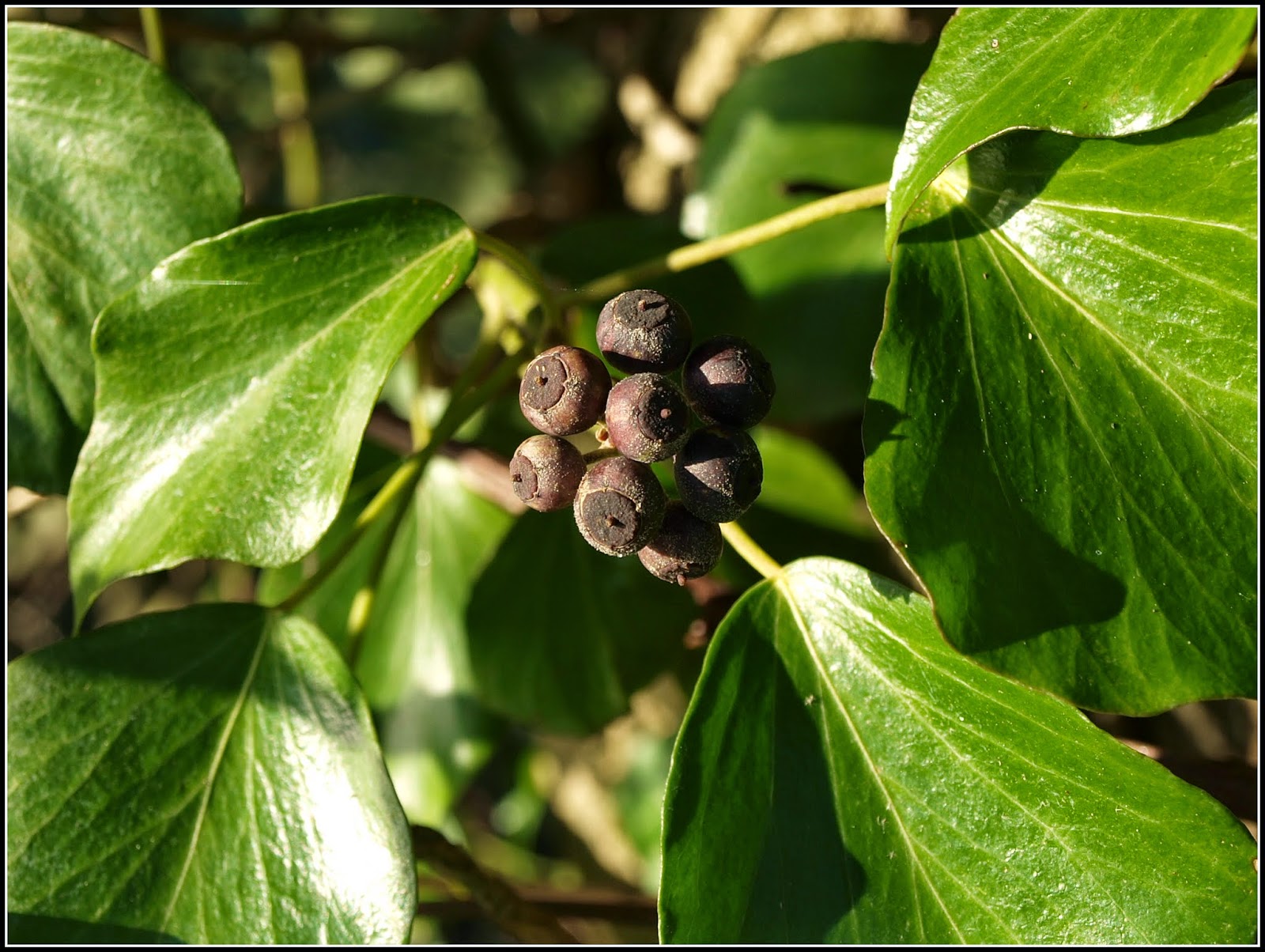 Nestled in amongst the Ivy growing on an old dead tree I saw this fungus: 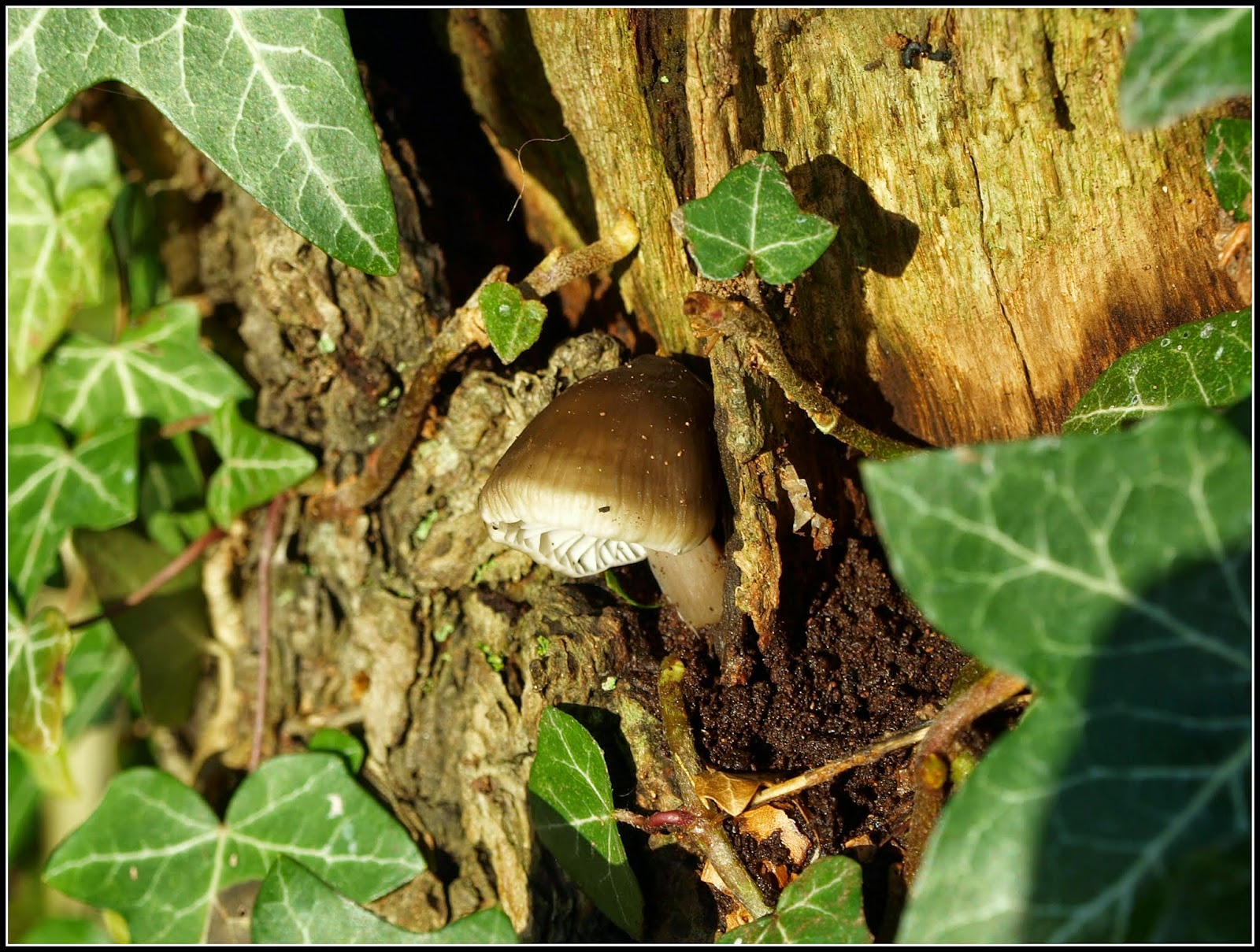 There are two different types of Ivy in this next photo - the traditional Hedera Helix and the Glechoma Hederacea or Ground Ivy, sometimes known as Alehoof because of its former role in flavouring ale. Thanks to my current interest in foraging, I have recently learned that it is edible as either a herb or a salad ingredient. 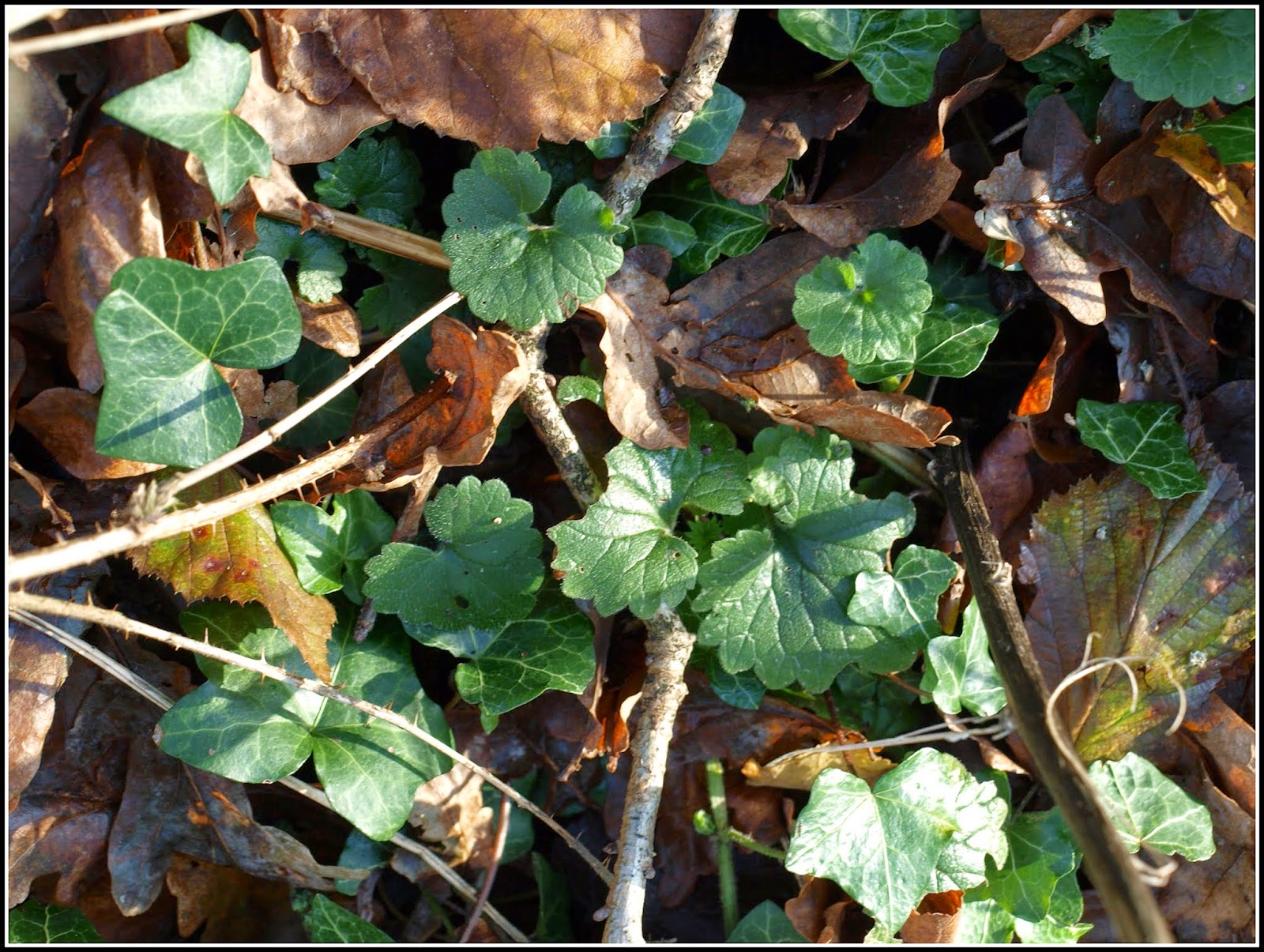 In fact the towpath area was rich in edible plants - though I would be hesitant about eating any of them in view of the number of dogs using the path! This is Dandelion: 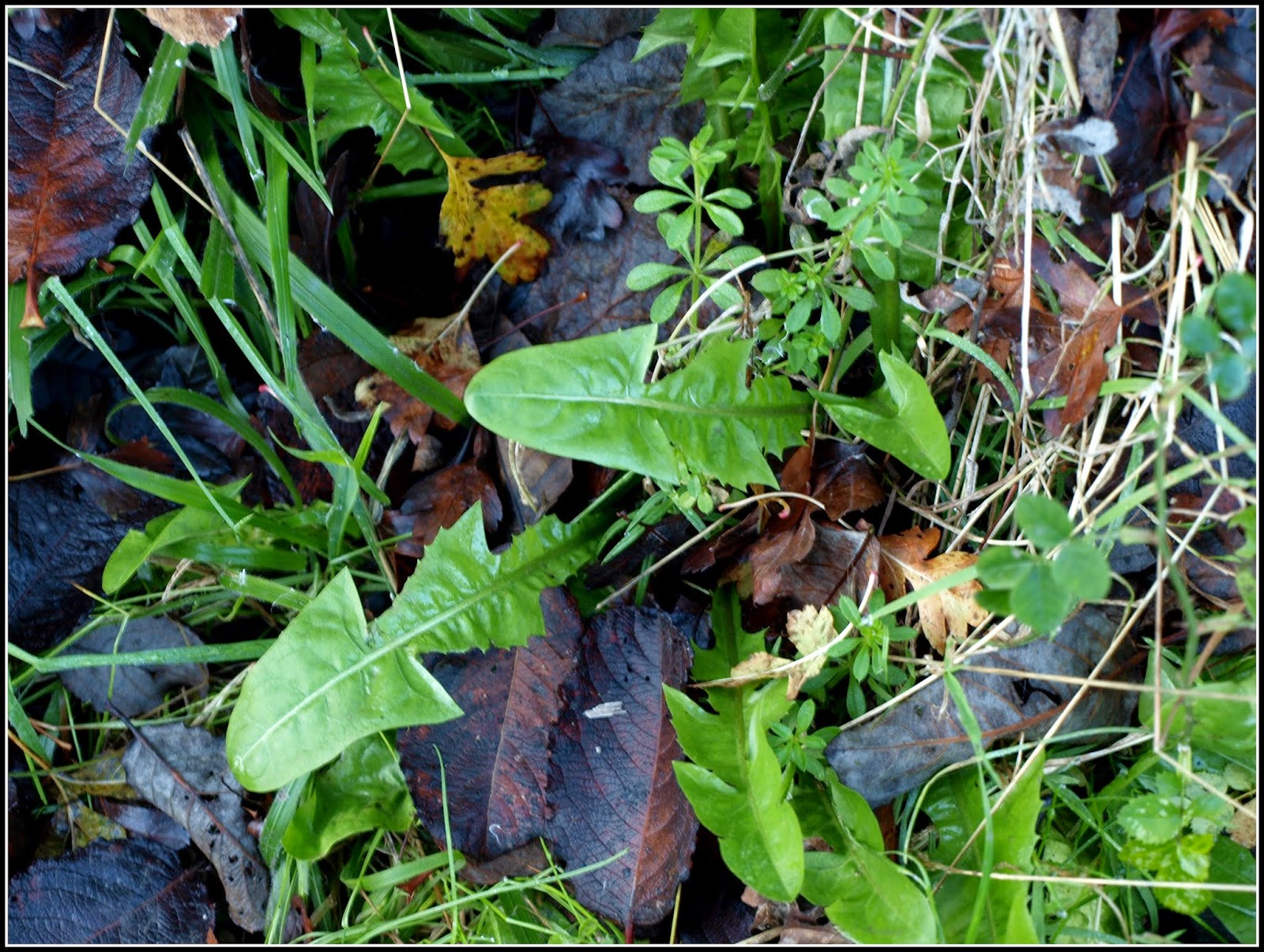 This is Stinging Nettle. 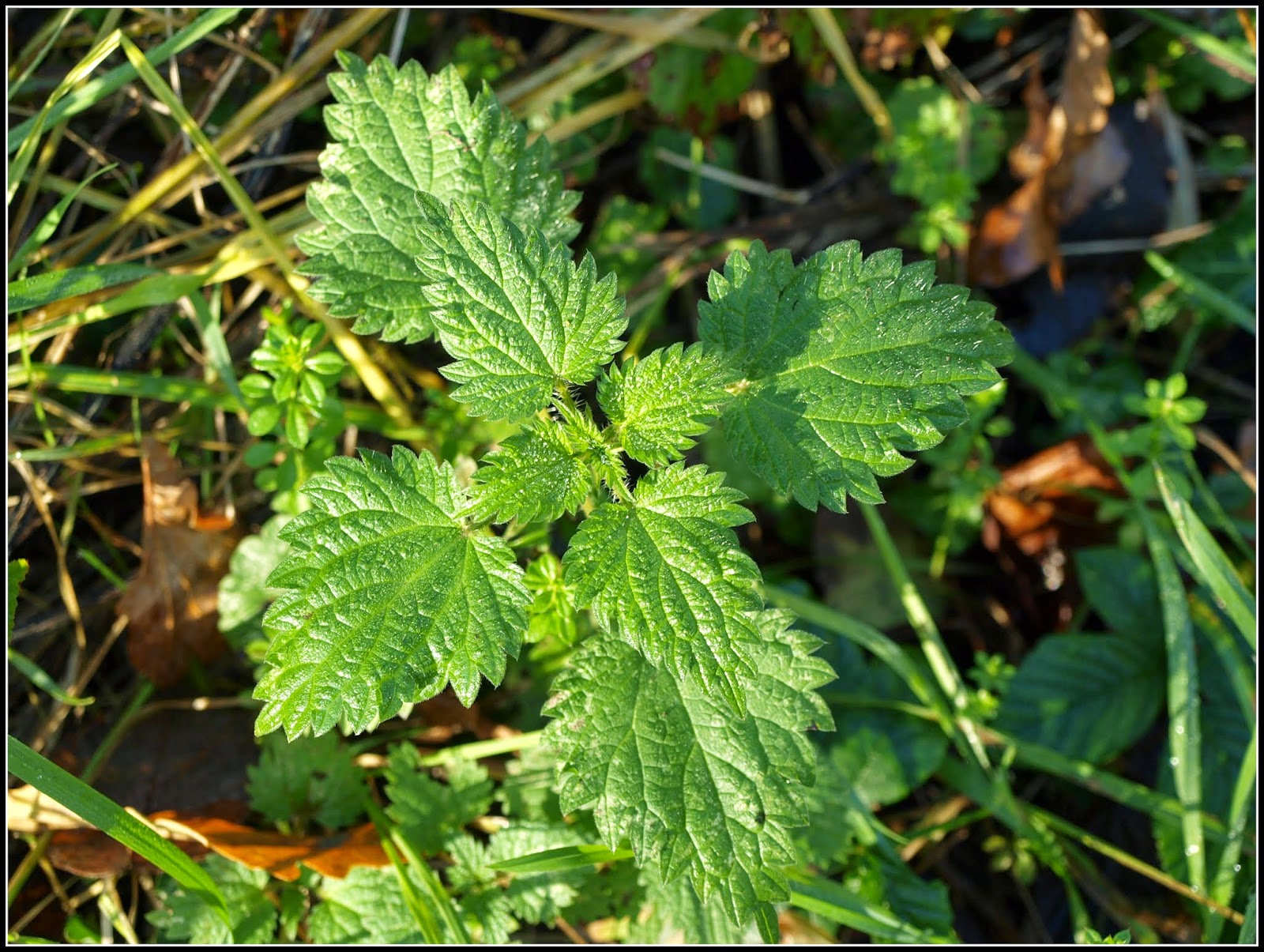 This one looks a bit like Parsley, or Carrot, but I know that there are lots of similar-looking plants, many of which are poisonous (e.g. Hemlock), so I would be very cautious about eating it. 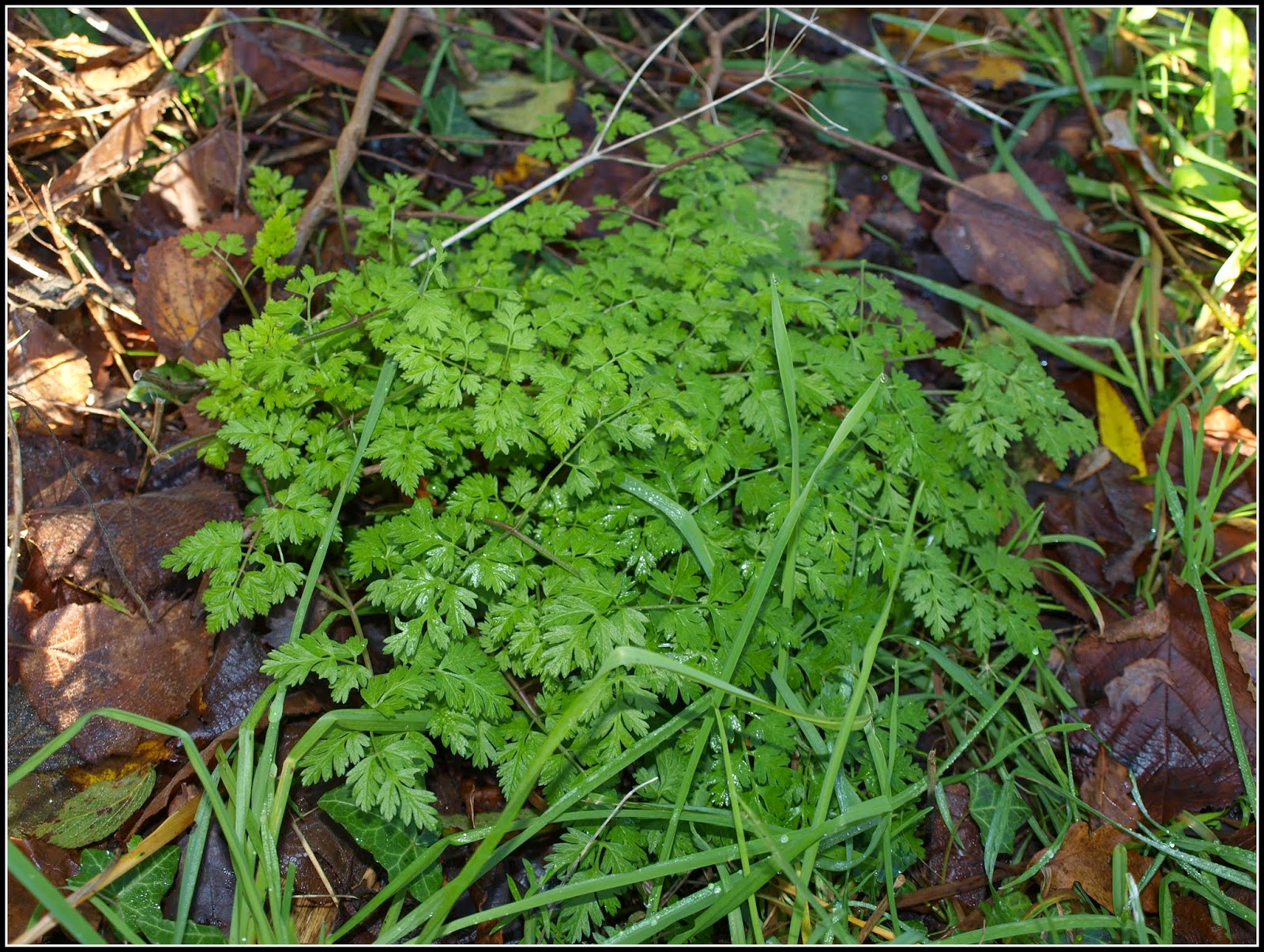 This, for instance, is Cow-Parsley, which whilst not poisonous as such would definitely not be pleasant to eat: 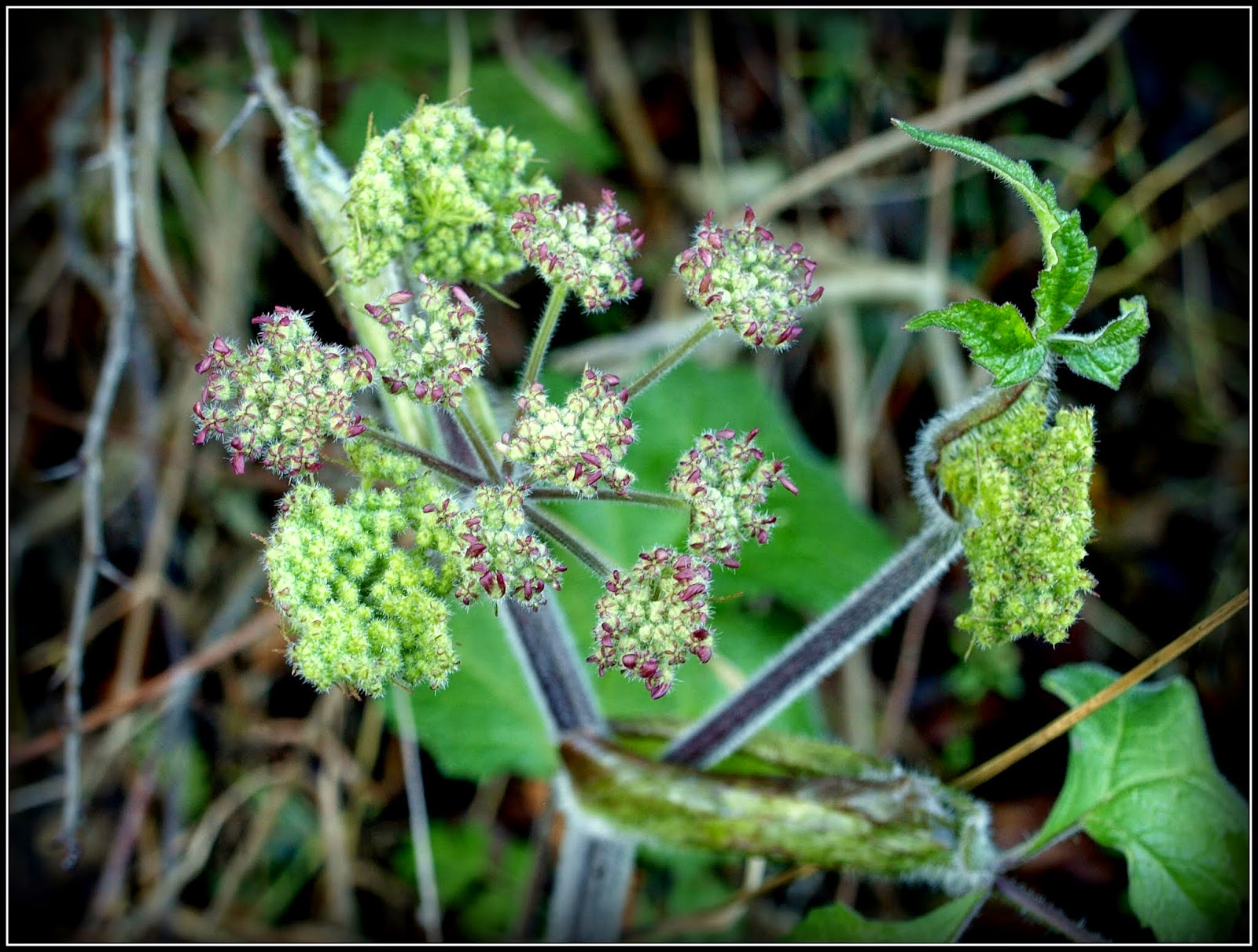 My main interest on this occasion was in the fungi. I know it is a bit late in the year for fungi, but the weather so far has been uncommonly mild and I found plenty of species still going strong. You know that I'm not expert at identifying them, but I can still gain pleasure from photographing them. 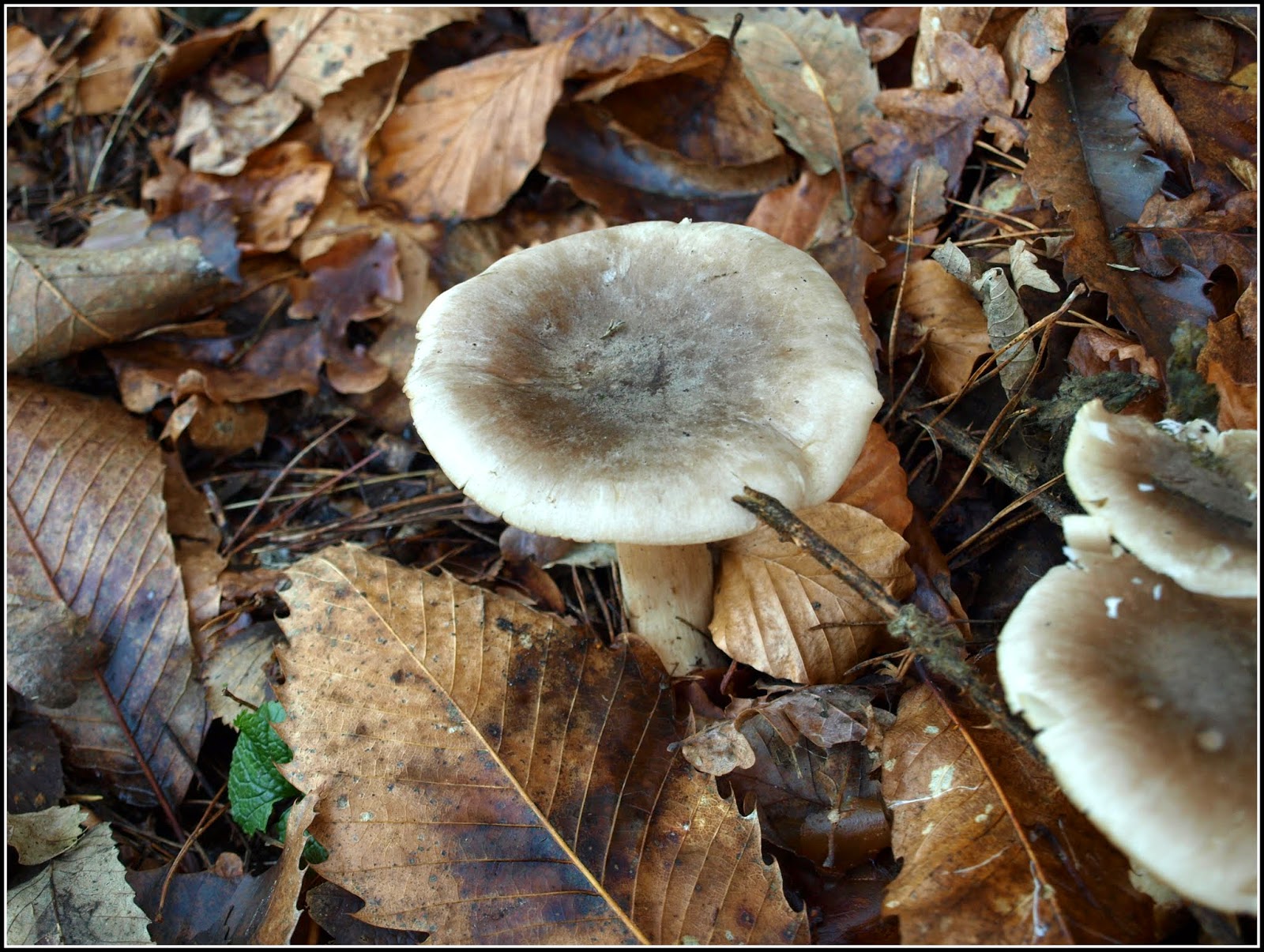 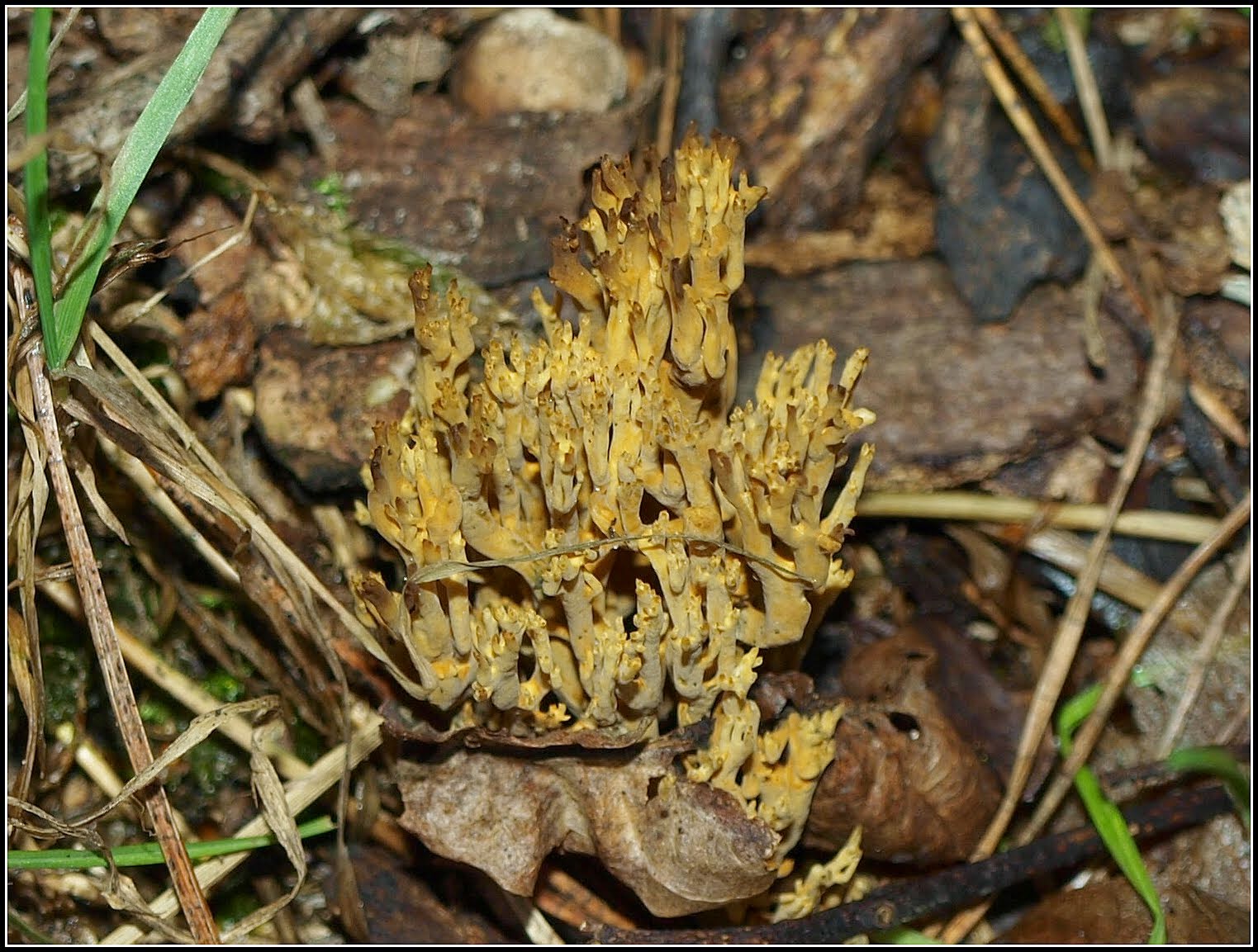 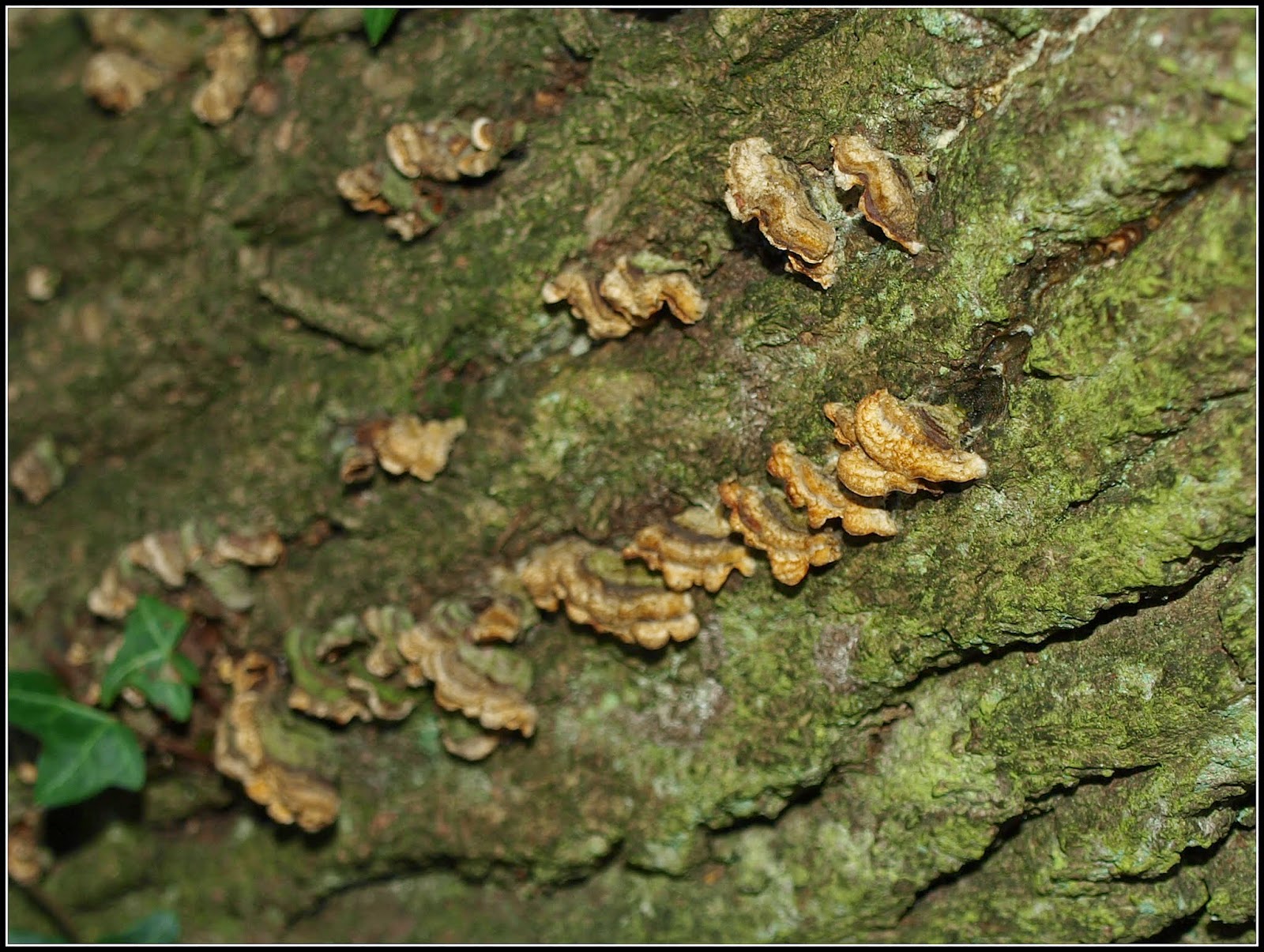 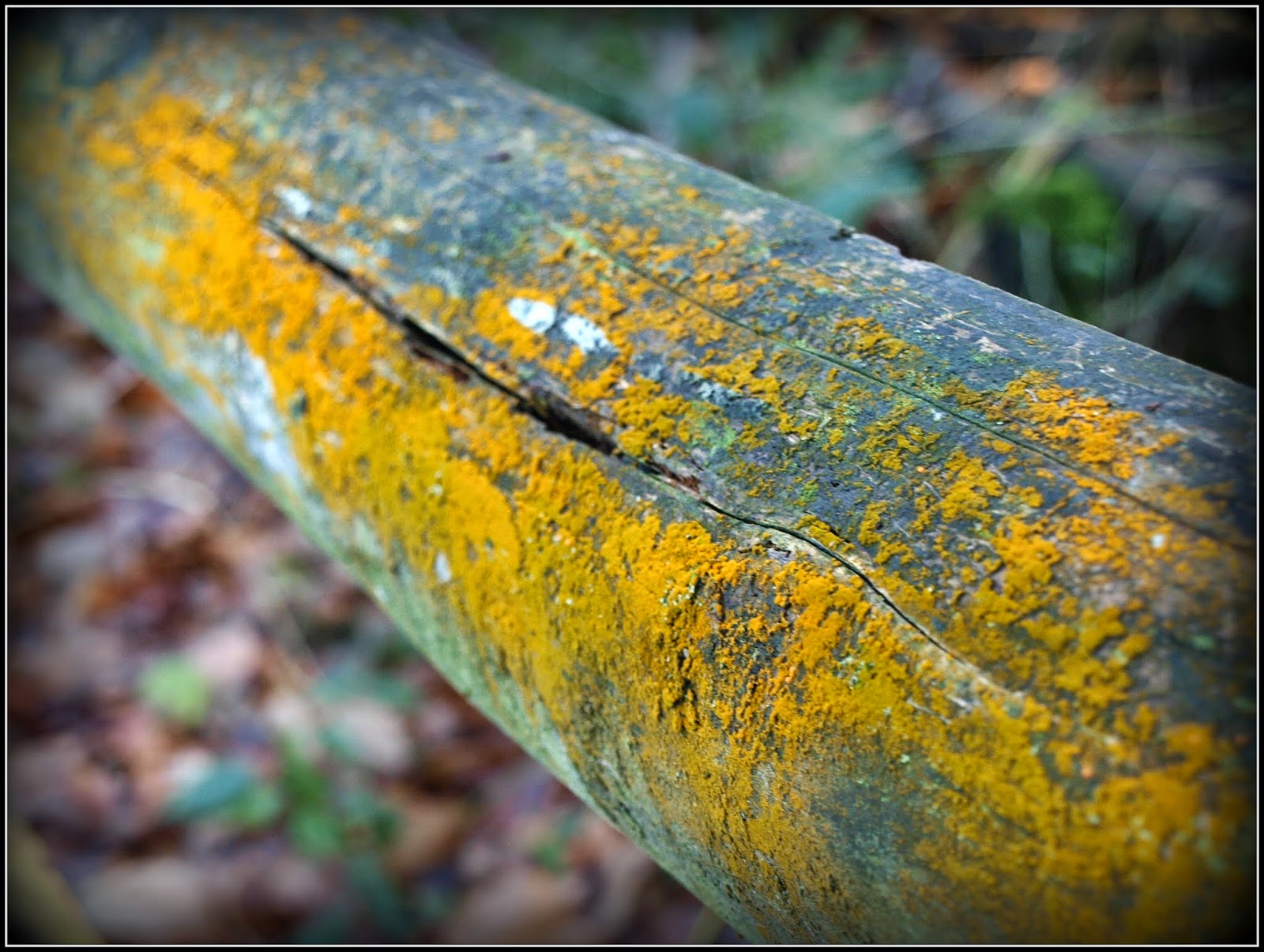 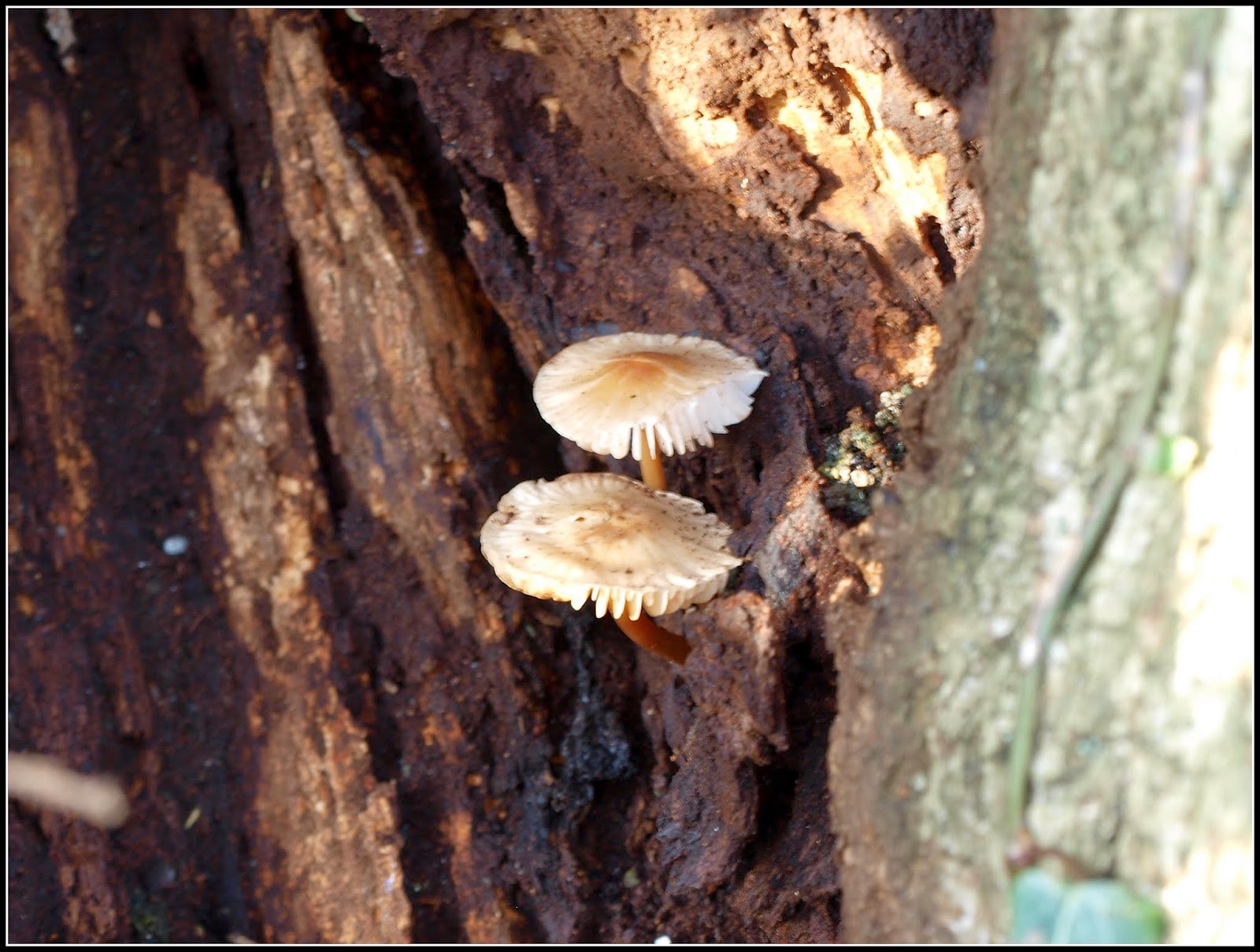 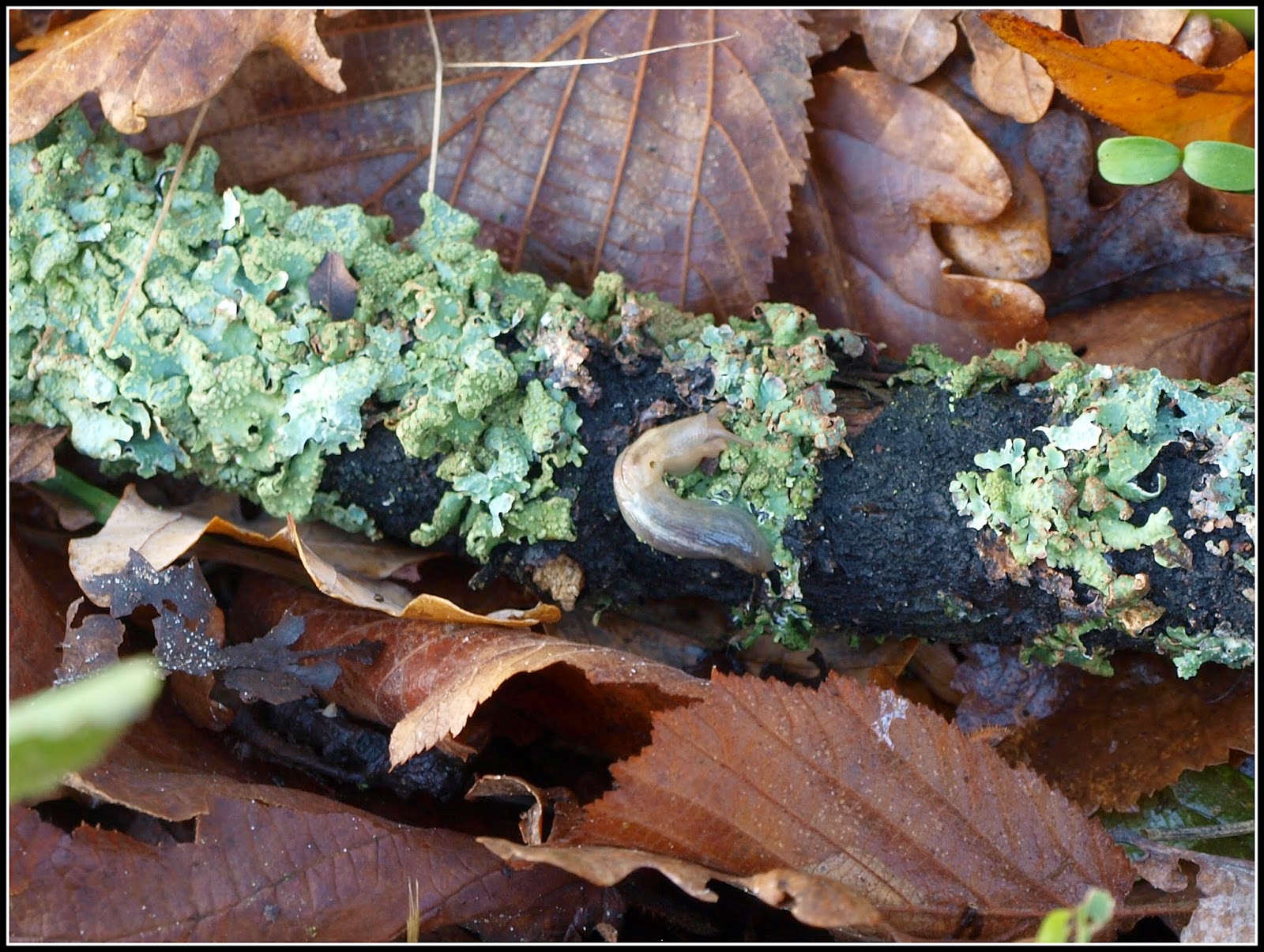 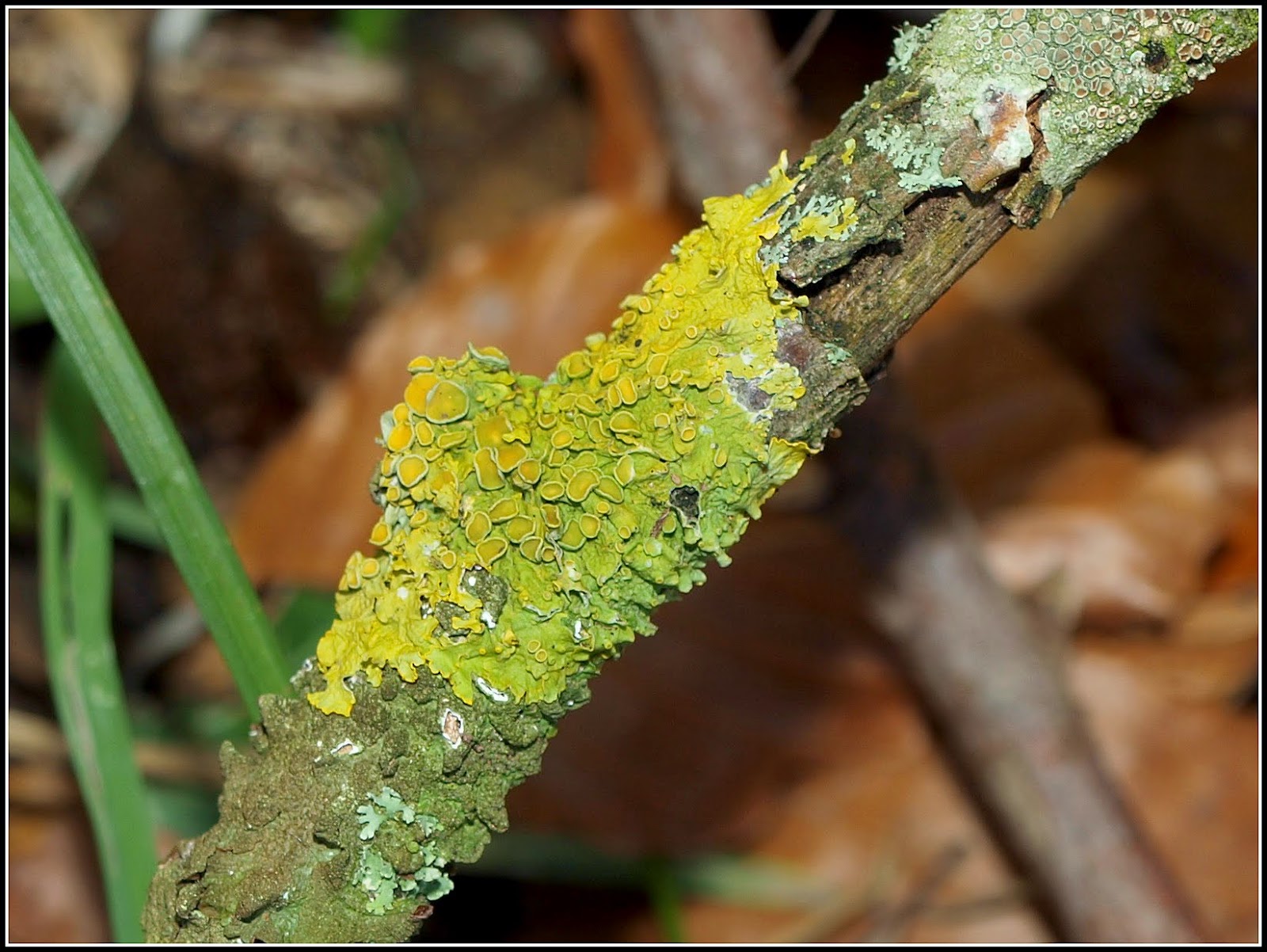 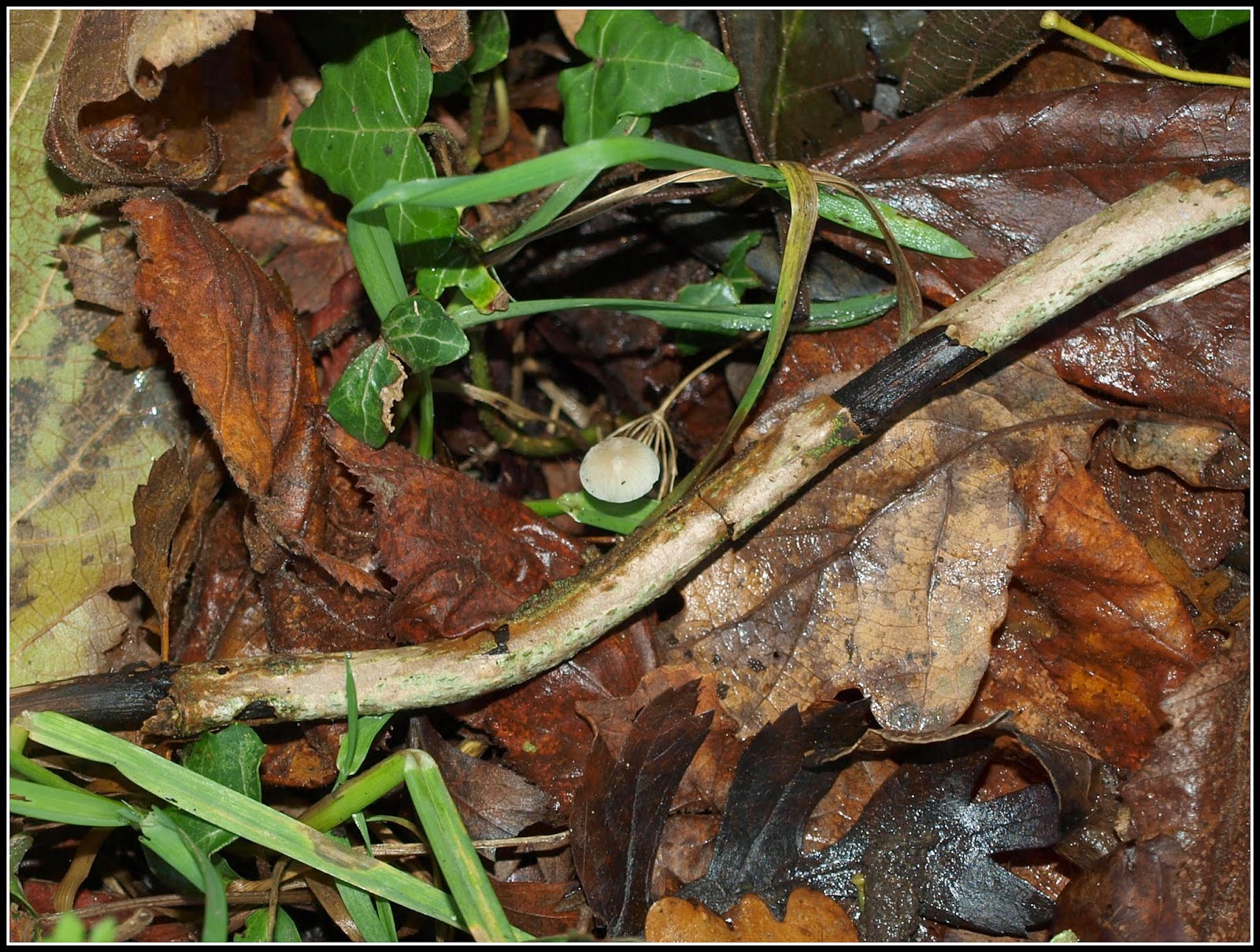 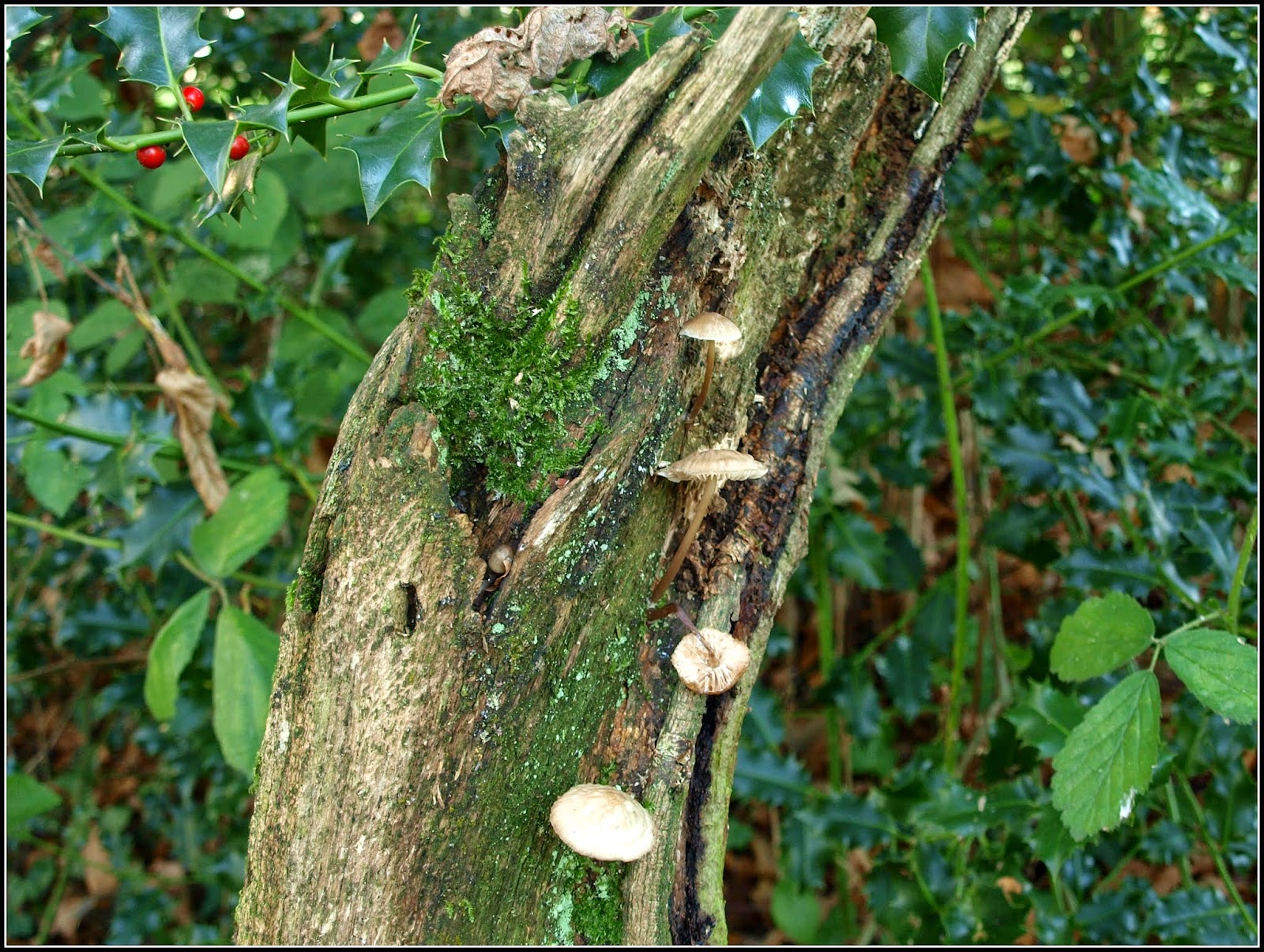 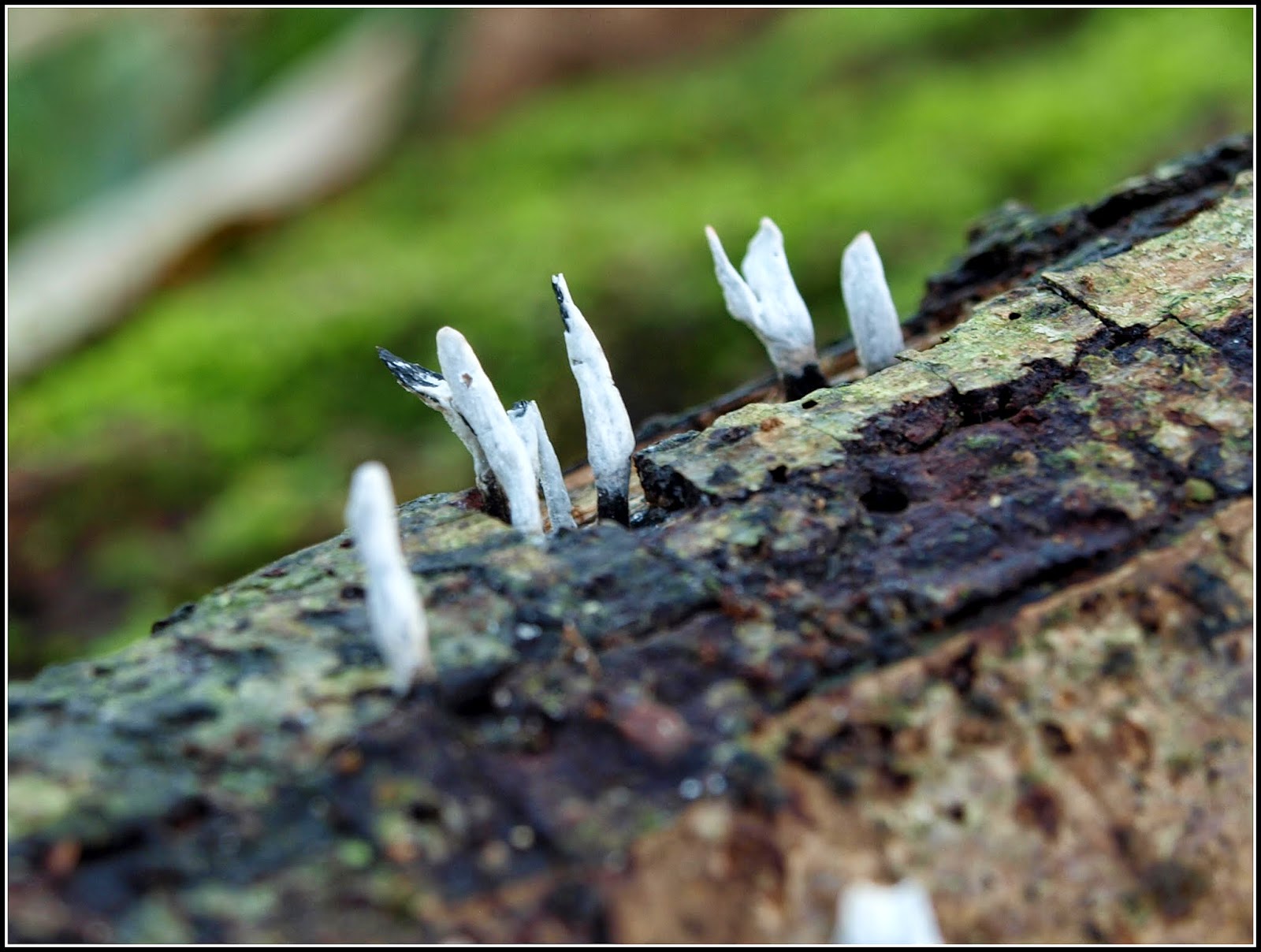 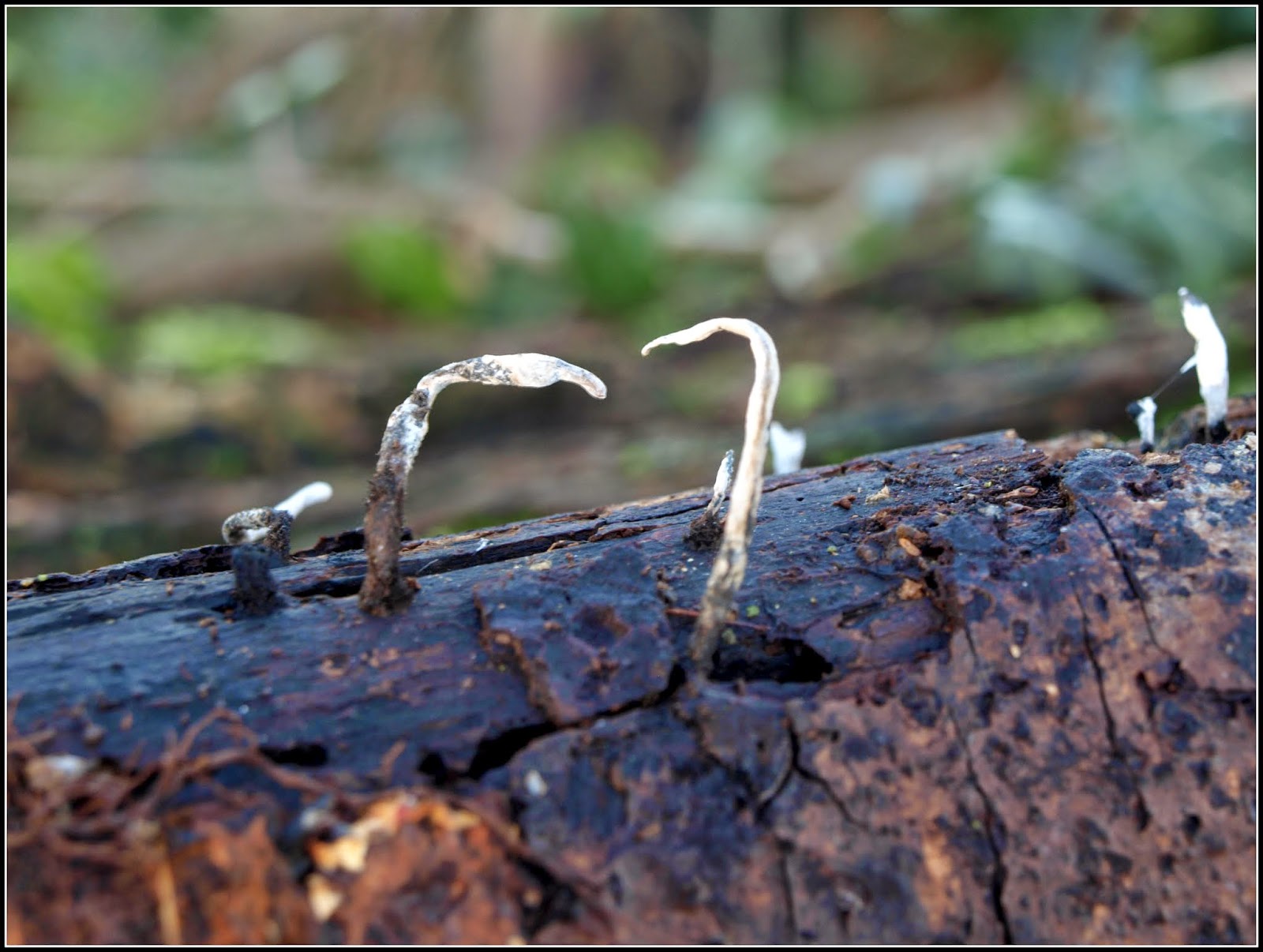 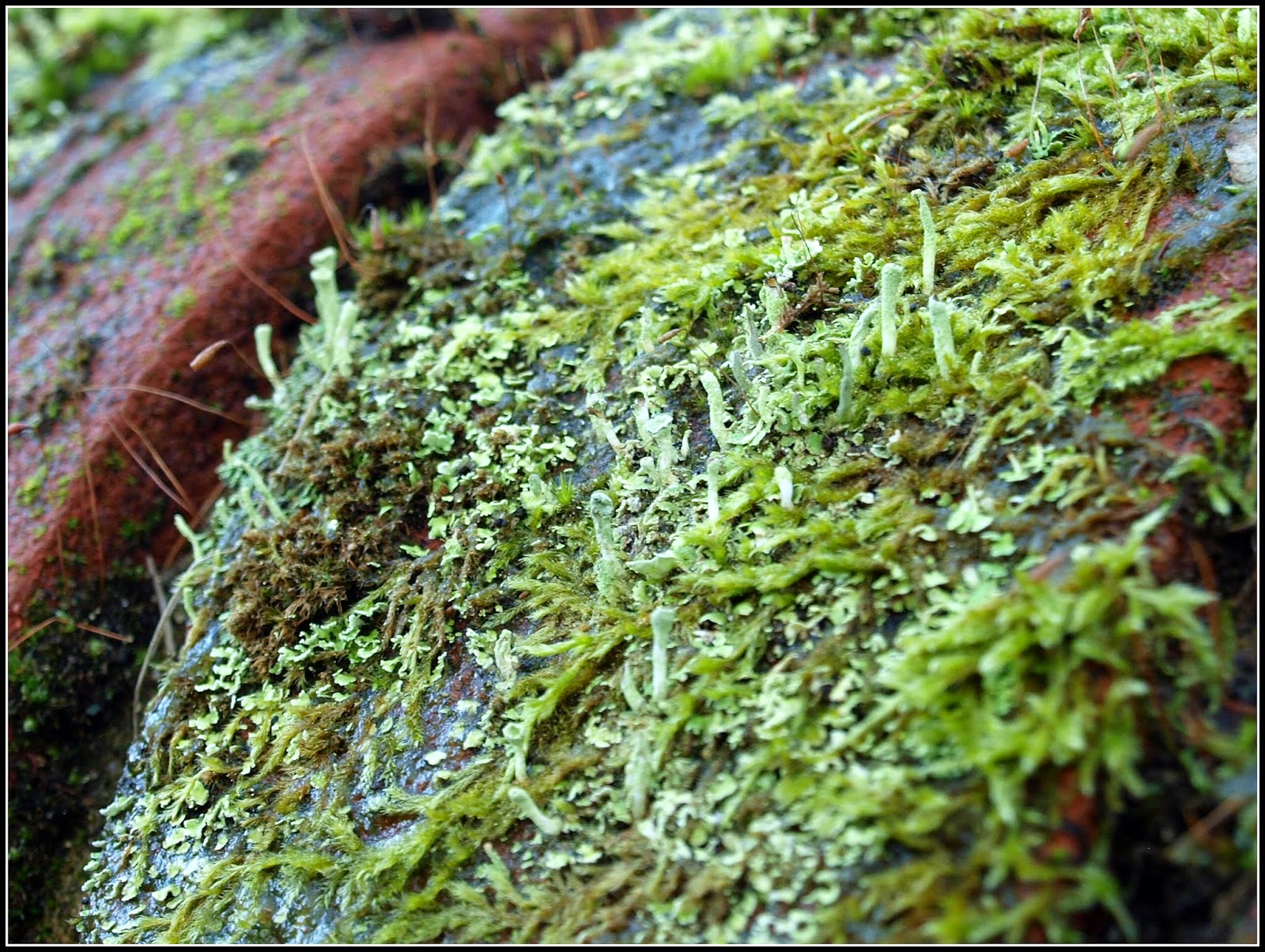 Do you see what I mean? There were loads of fungi to be seen, as long as you looked hard enough!

I'll end with what is probably my favourite photo of the batch: 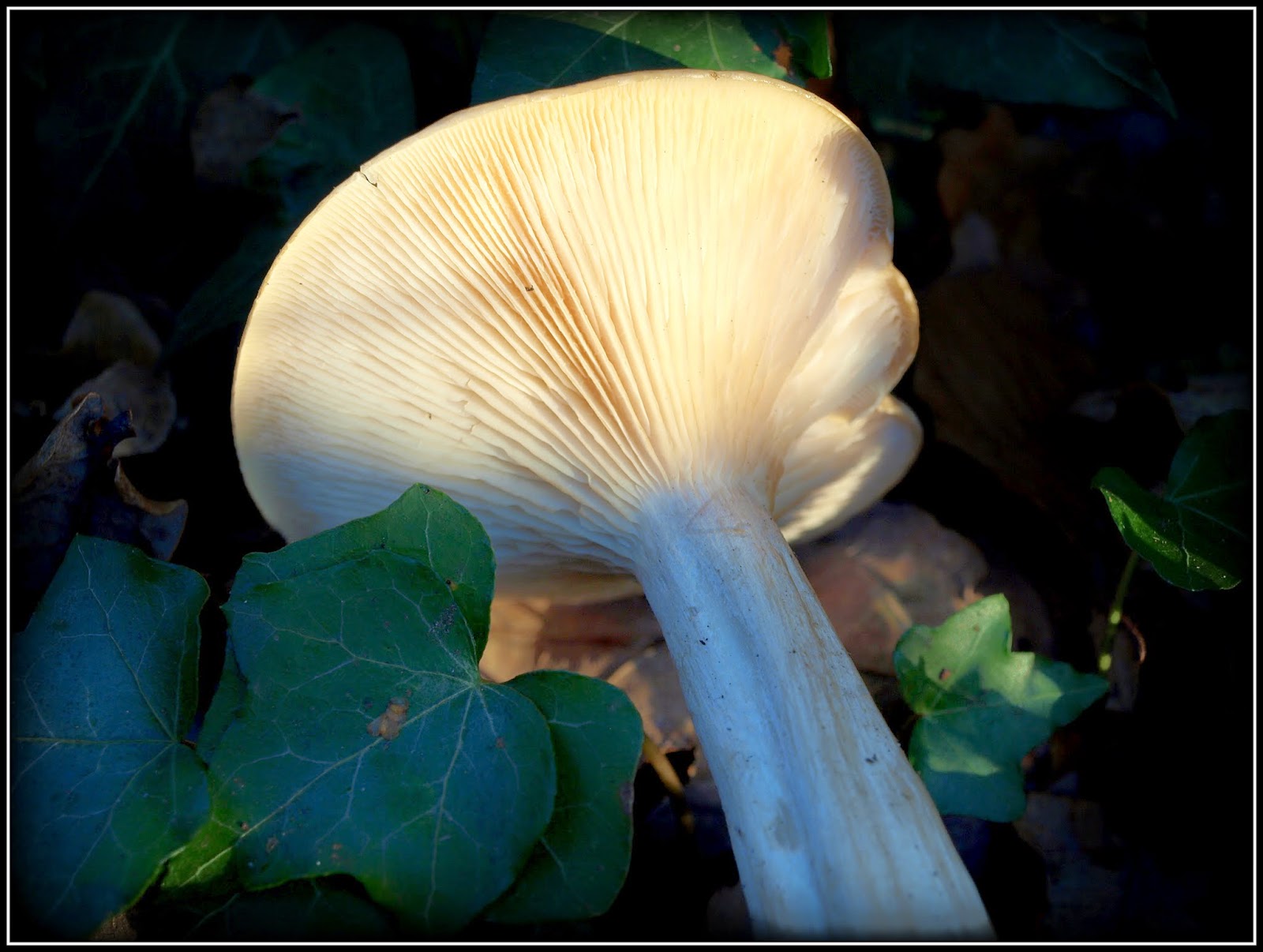 I just love those delicate fluted gills. They remind me of Fan Vaulting, like that in the ceiling of a cathedral!
Posted by Mark Willis at 12:00