Even though we have not yet had much Wintery weather I think one of my Rosemary bushes may have died - or at least partially.

This is what most of the Rosemary bushes look like at present - not as lush and fleshy as they do during the Summer months, but certainly OK: 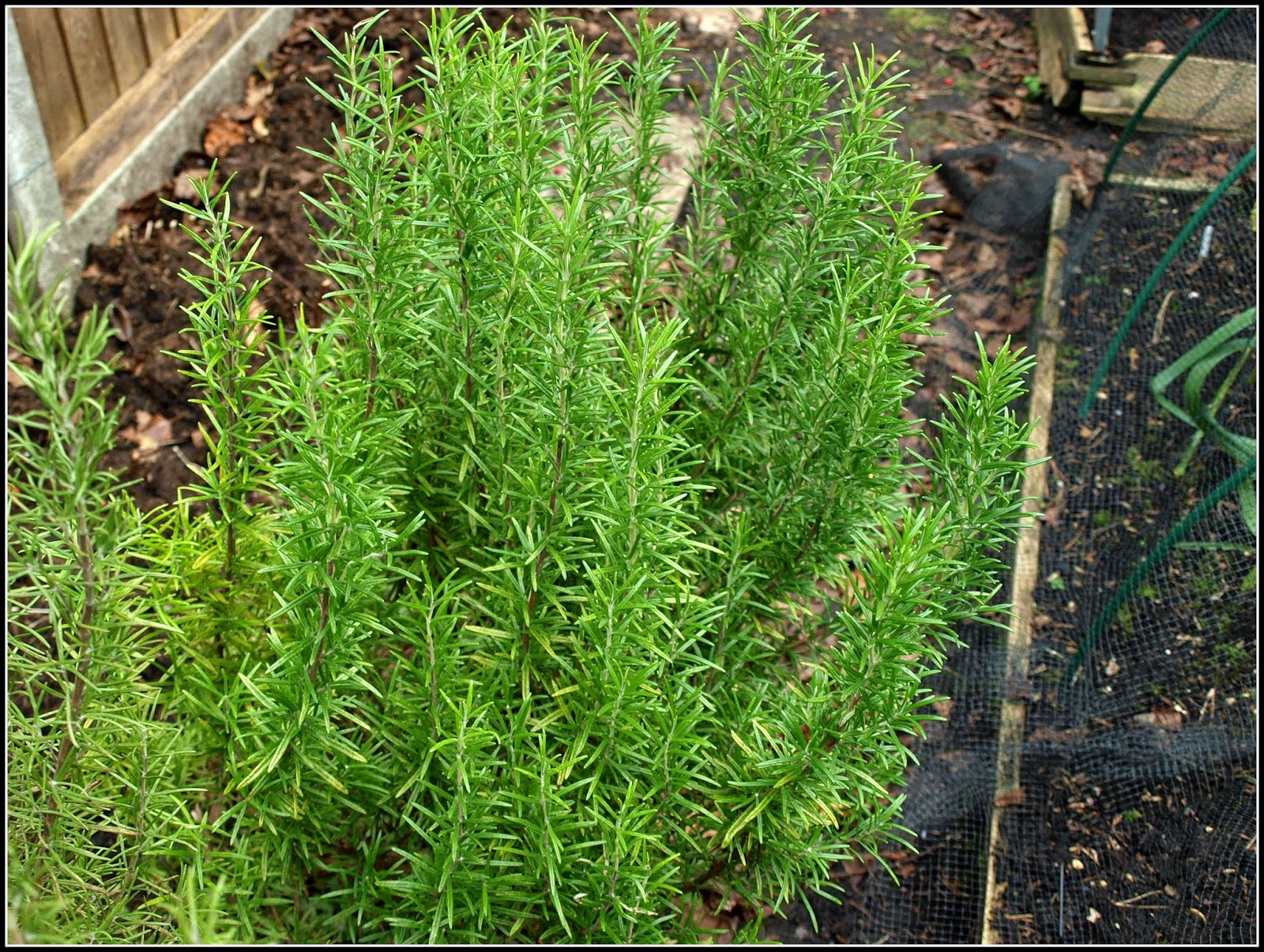 But take a close look at these: 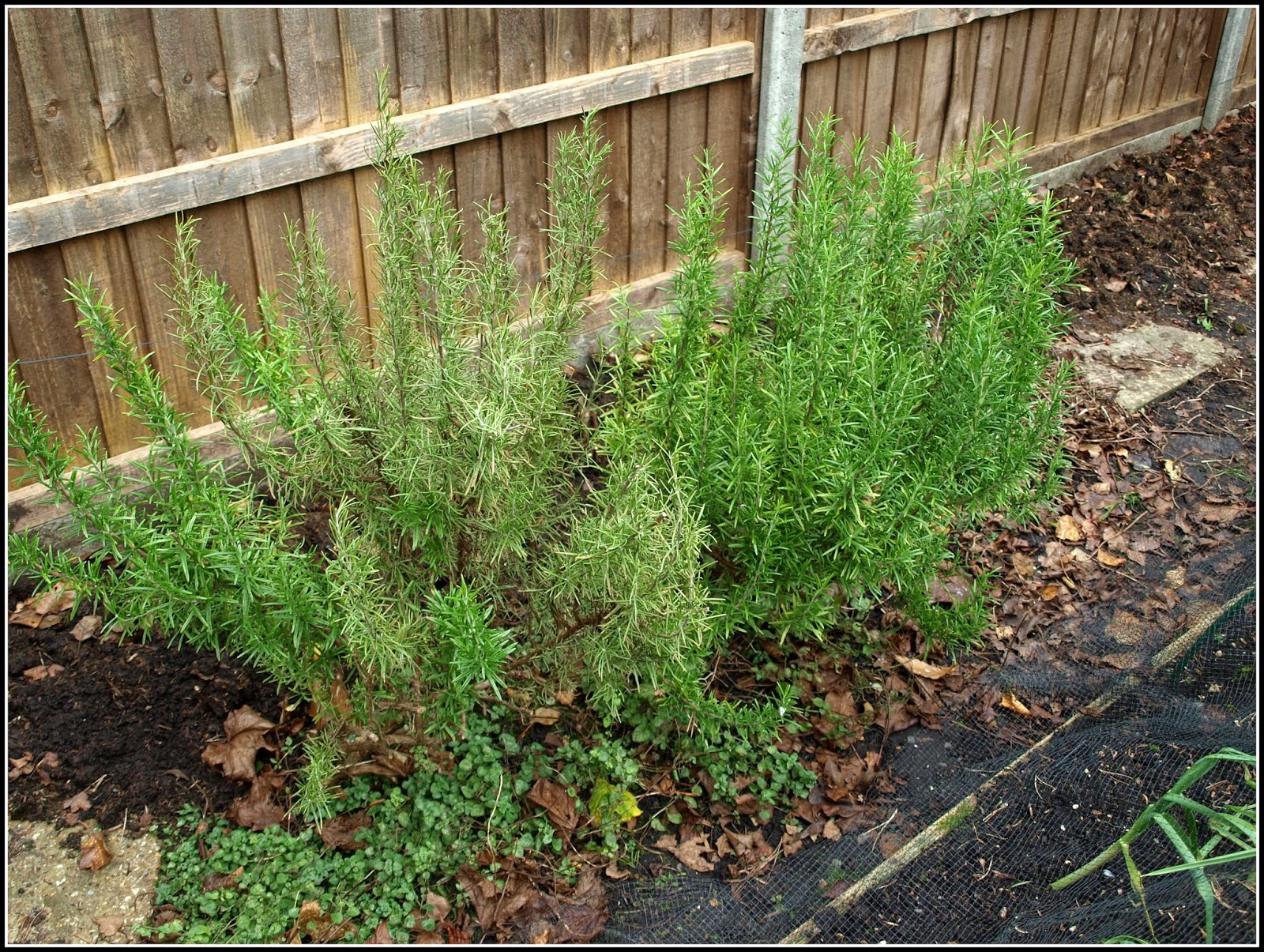 That is actually two bushes. The one on the right is OK, but part of the one on the left appears to have died. The bush branches into two main parts very low down. One seems all right and its leaves are still shiny and green, like this: 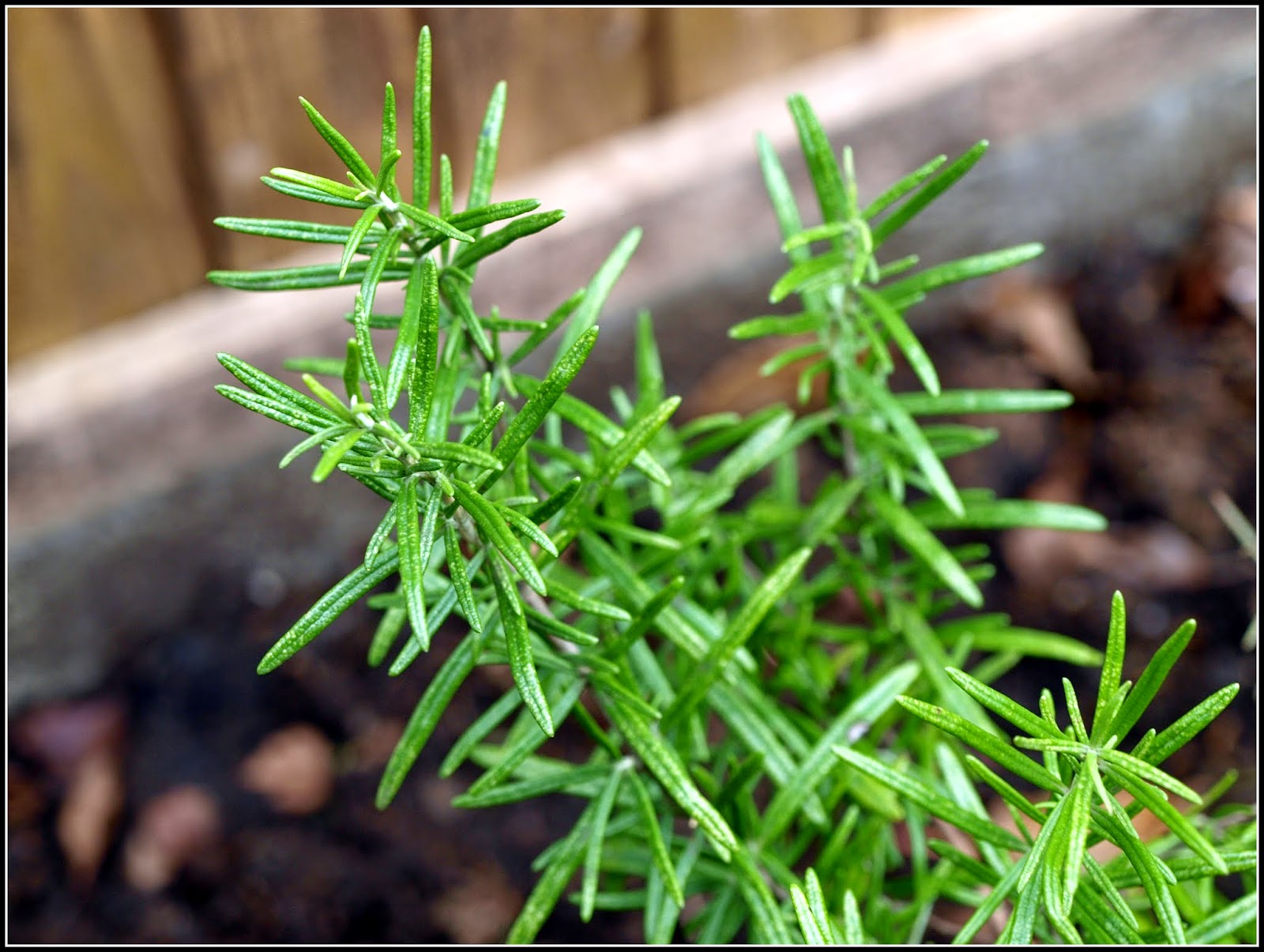 But the other part is very different. Its leaves are dull and lifeless, and desiccated: 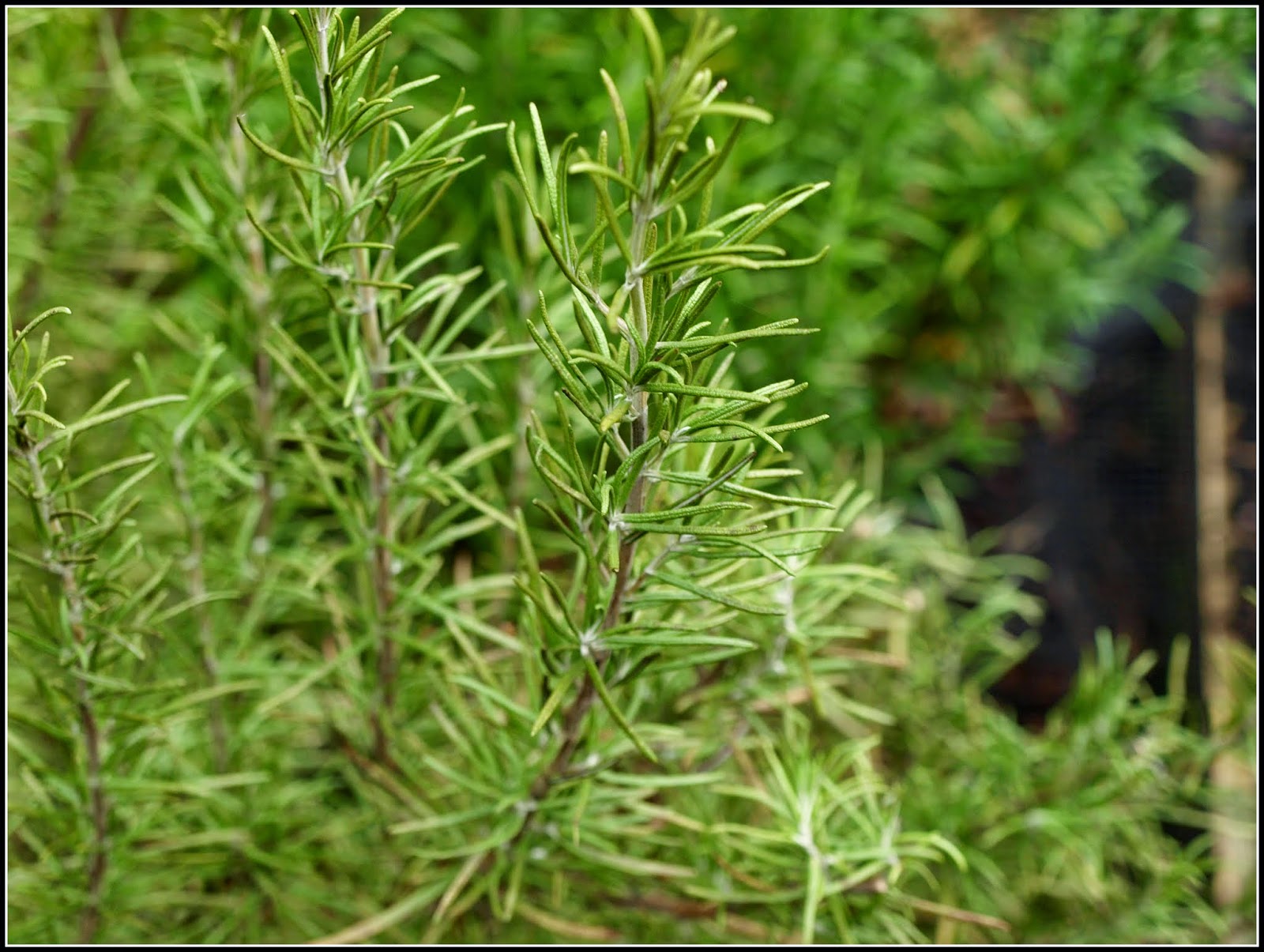 They are thinner too, really needle-like. 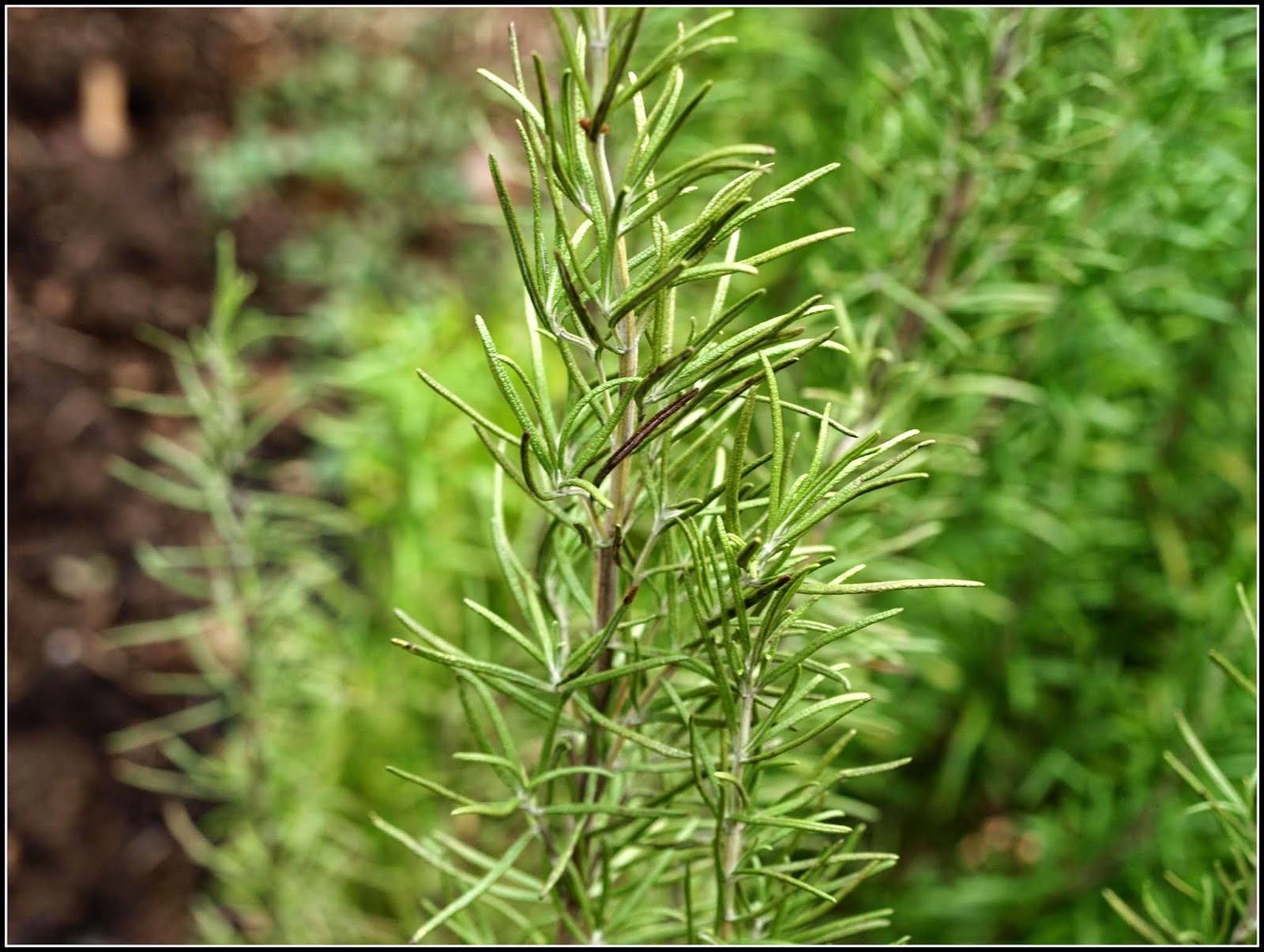 I know that Rosemary (which is originally a Mediterranean herb) is a bit averse to cold conditions, especially if it is in wet ground, but the weather we have had so far this Winter has been a lot milder than normal. The biggest enemy of herbs like this though is not the cold temperatures, but the wind. These Rosemary plants of mine are in a far-from-ideal site. The wind funnels between our house and the one next-door like a wind-tunnel, so the plants do get a battering. One of my plastic compost bins provides a little protection, but I am well aware that it is only a partial solution: 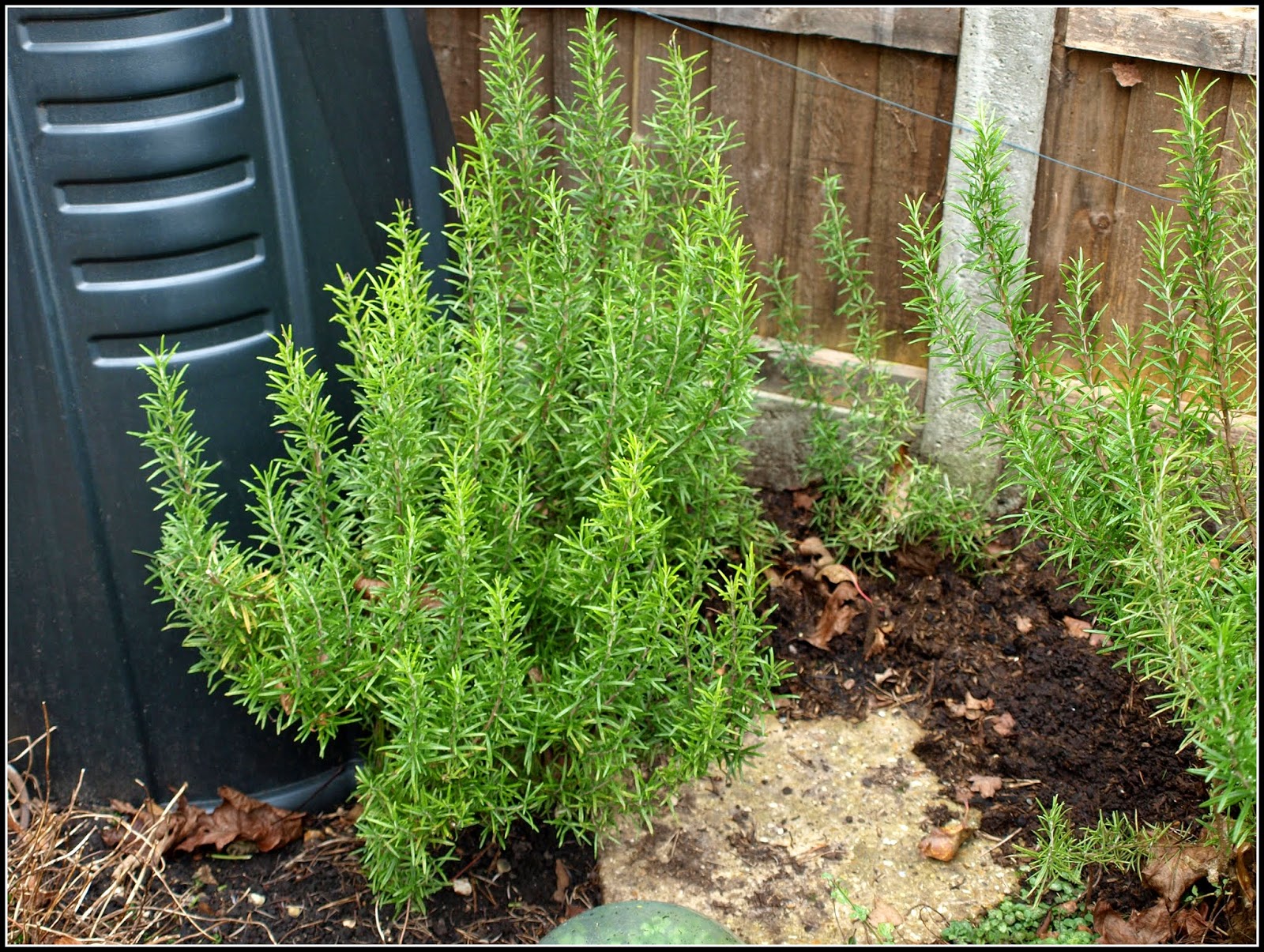 My approach to this issue is a) Don't panic, and b) Take lots of cuttings to produce a succession of new plants! I'm just hoping that none of the others succumb.
Posted by Mark Willis at 12:00