An overnight stay in Windsor

The other day, Jane won a prize in a competition, something she does quite frequently since entering competitions is one of her hobbies. This one was a night's accommodation in a hotel in Windsor, complete with breakfast, dinner in the hotel's restaurant and a bottle of wine. Sounds nice, doesn't it, especially since Windsor is only about 20 miles from us. Funnily enough it is not somewhere we go very often - I think the last time must have been about 30 years ago! To us it seems too much of a tourist destination. [For those of you who don't know this, Windsor has a huge ancient castle, one of the official residences of the British royal family.]

We knew that the hotel in which we would be staying was close to the castle, but we were pleasantly surprised to be allocated one of the hotel's so-called "Feature" rooms, just about 50 metres from the castle's main entrance. This is the view from our balcony: 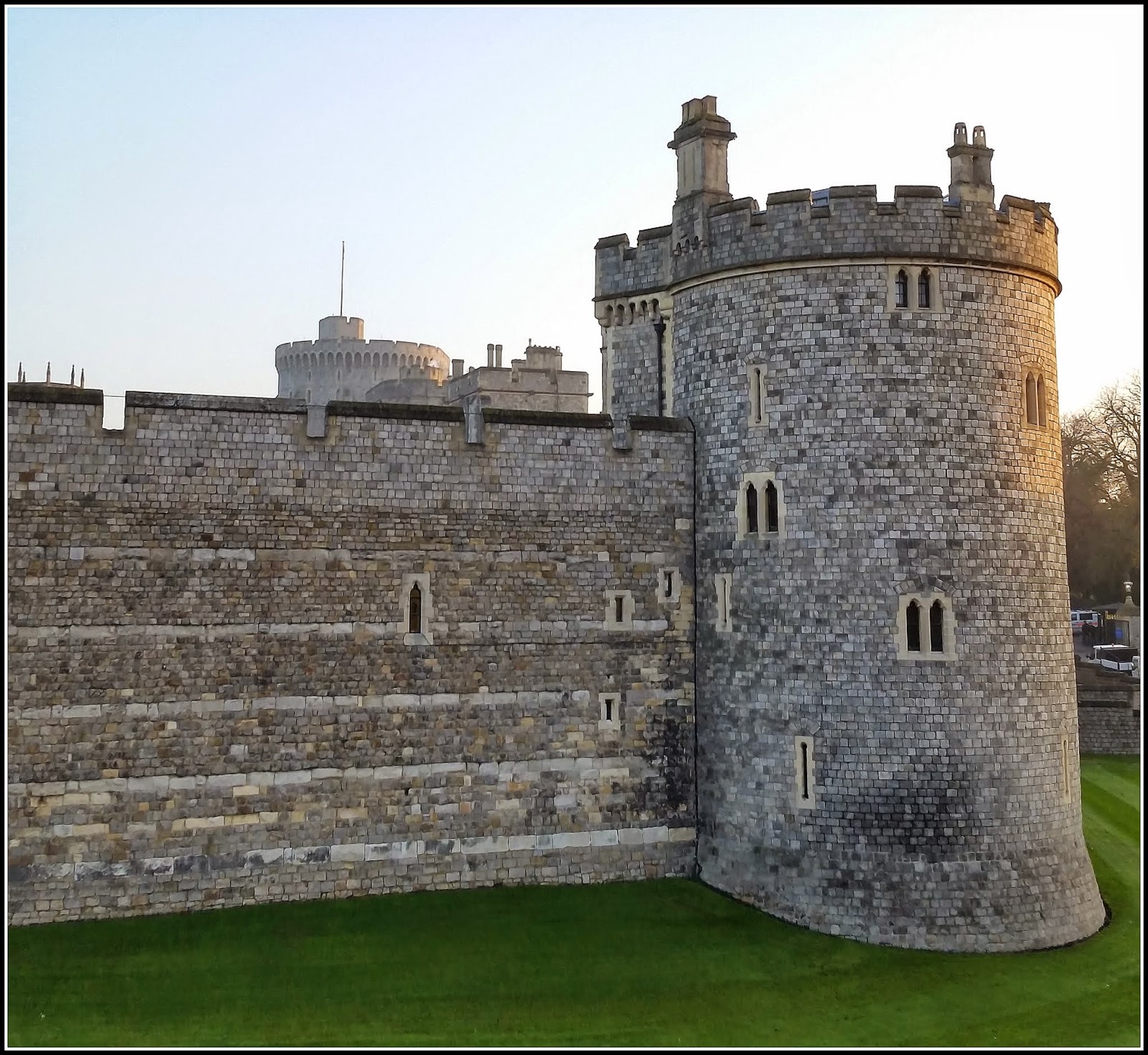 The walls of the castle are very tall, but from our second-floor room we could see over them to the castle's chapel. Here it is, glowing in the morning sunshine: 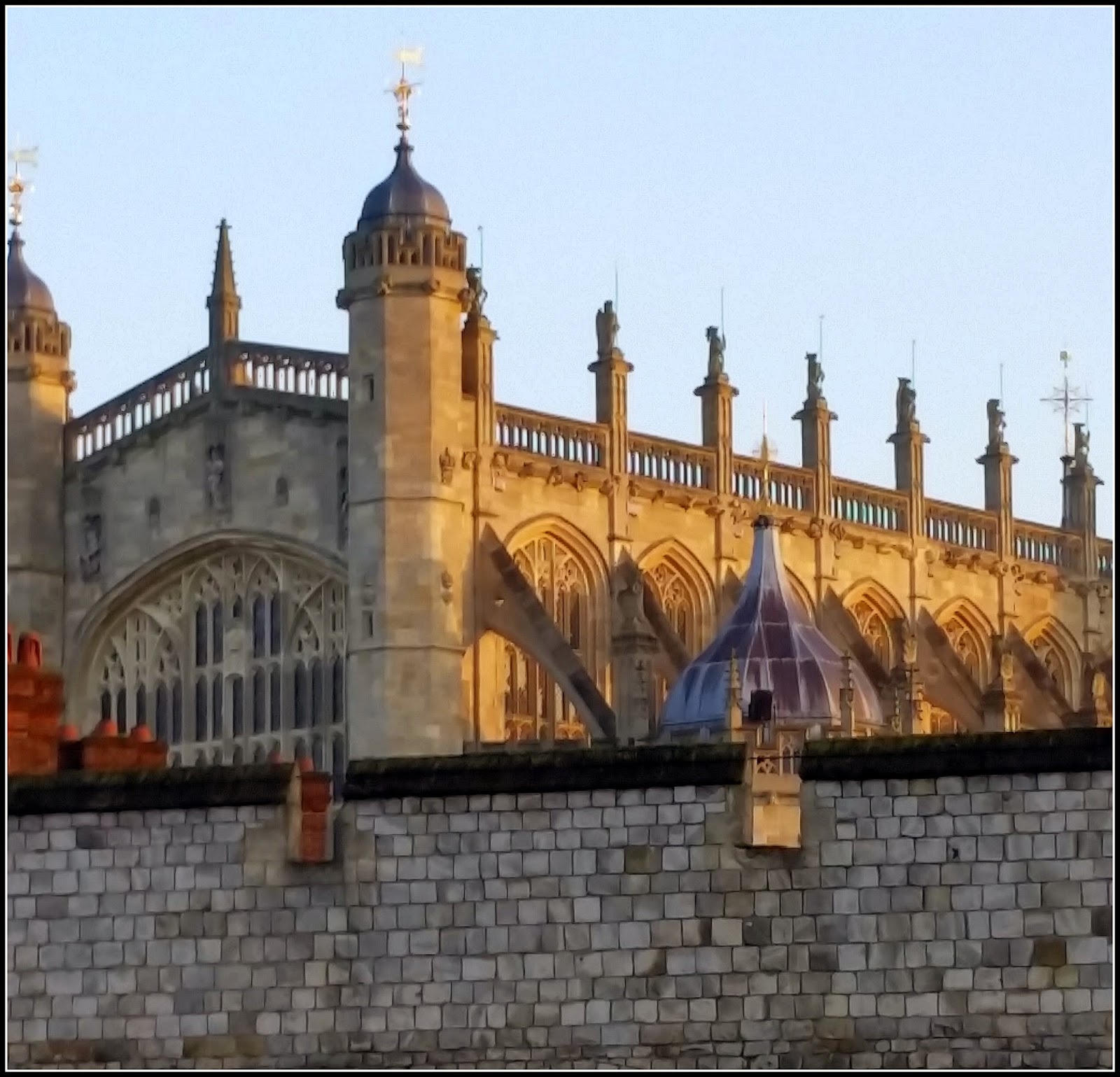 It's not really clear here, but looking out in one direction there was a long view over the town towards the River Thames, with Eton on the other side. 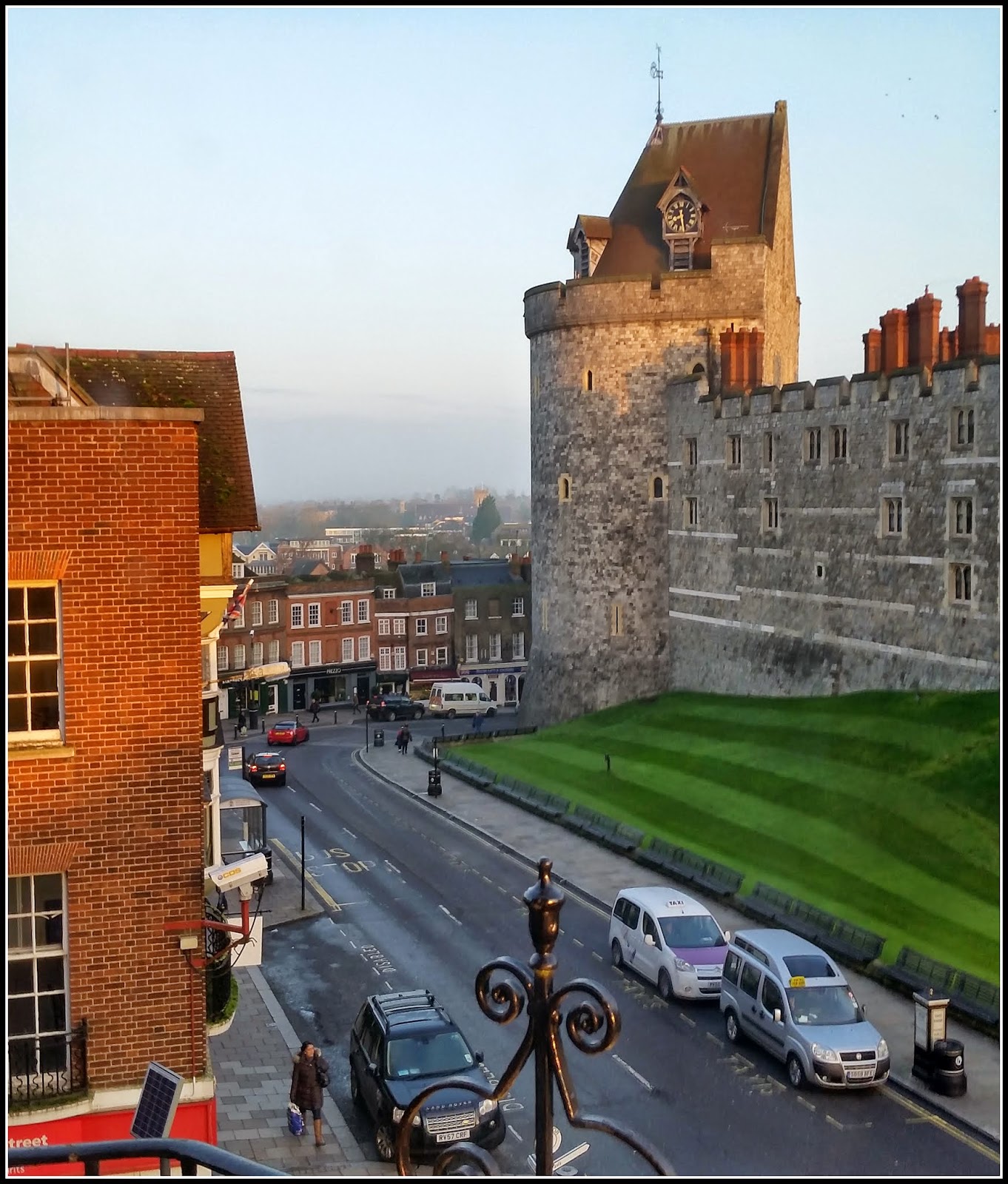 This is the River Thames, with one of the Queen's swans swimming on it. Did you know that the Queen retains the right to ownership of all unmarked mute swans in open water, though she only exercises her ownership on certain stretches of the Thames and its surrounding tributaries? You can read about the annual "census" of swans on the River Thames (called Swan Upping) on the official website of the British monarchy - HERE 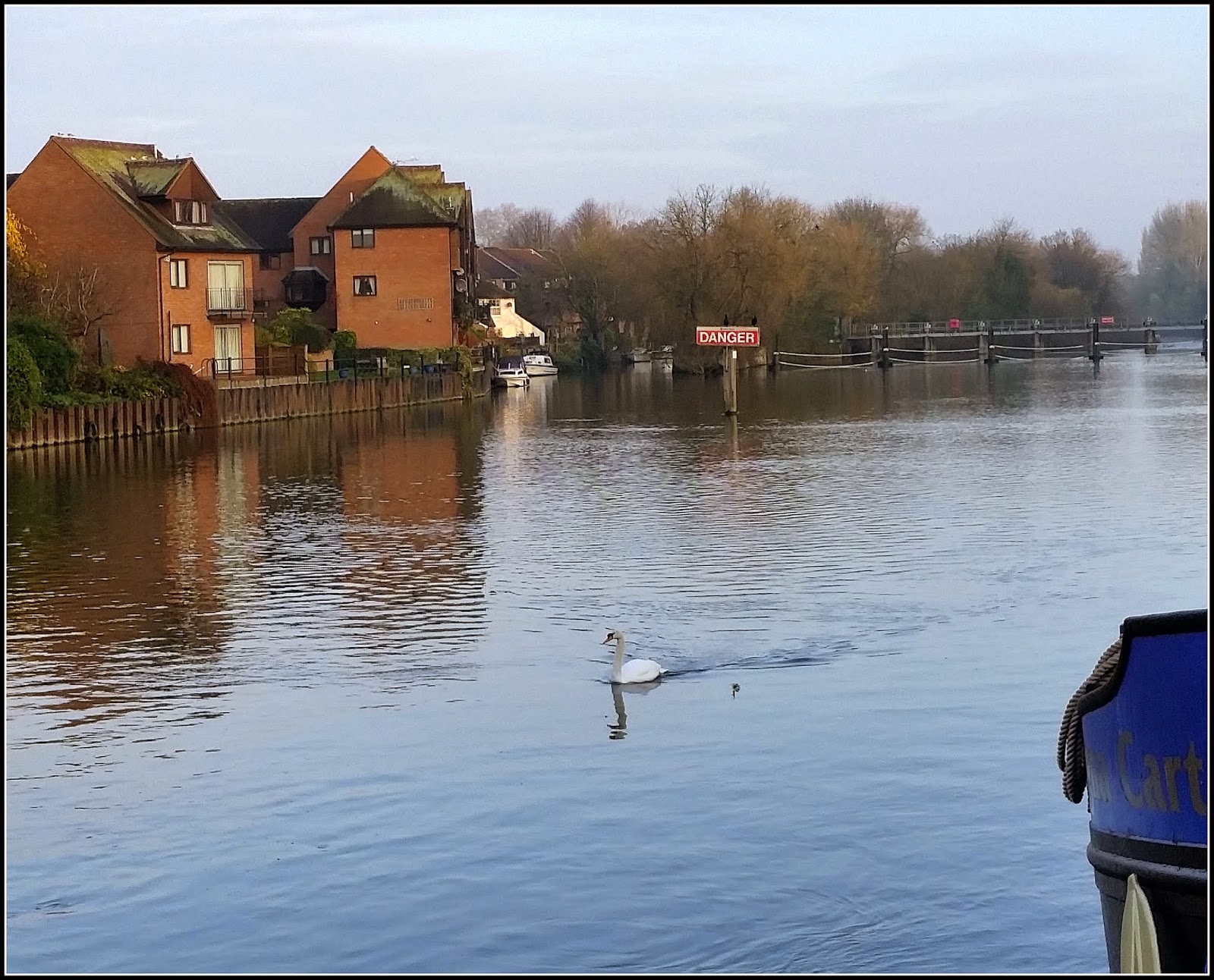 Our stay in the hotel (I won't name it, for reasons that will become clear) was a bit of a mixed experience. The room we had was in a great location, and comfortably furnished (though we thought some of the décor a bit out of keeping with the surroundings), but the hotel itself was very poorly run. I have to say that it is fairly typical of what you find in many British hotels. A bit down-at-heel, tatty in places, and on occasions chaotic. Some of the staff were pleasant, but others were curt, verging on the rude. And procedures? Well, they didn't seem to have any! What they really lacked was someone (a manager) to organise and direct the staff, who seemed very poorly-trained. Simple things like delivering food and drink in a coordinated manner seemed to be beyond them. For instance, we ordered a Cream Tea (tea with scones and jam), and we had just about finished drinking the tea before the scones arrived. Before dinner I went to the bar to get us a drink, and although the barman saw me arrive he was "too busy" (despite the complete absence of other customers) even to acknowledge my presence and I waited a good five minutes before he condescended to serve me! I asked for a particular type of wine, and instead of saying "I'm sorry sir, we don't have any of that, would you like something else from our wine-list? (offering a copy of it...), he just said "We haven't got any" and left it at that! What foreign visitors must think of our hospitality business, I dread to think.

Incidentally, the food was OK, but nothing remarkable, with the exception of some Blade of Beef which was really outstandingly good. It was very very tender, having been cooked long and slow, but served in a piece like a fillet steak, with some super-rich tasty gravy (I suppose it was officially a "jus"!). Shame about the dull (probably frozen) veg that accompanied it. I understand now why some people think Brussels Sprouts bitter... Jane's starter was a little unusual too. It was Smoked Salmon served with what was described as lemon jelly, but appeared to be blobs of lemon curd!

Anyway, there were also some good aspects to our stay. After dark the drab grey walls of the castle were transformed by an amazing projected light display - right outside our room. This is the daylight view: 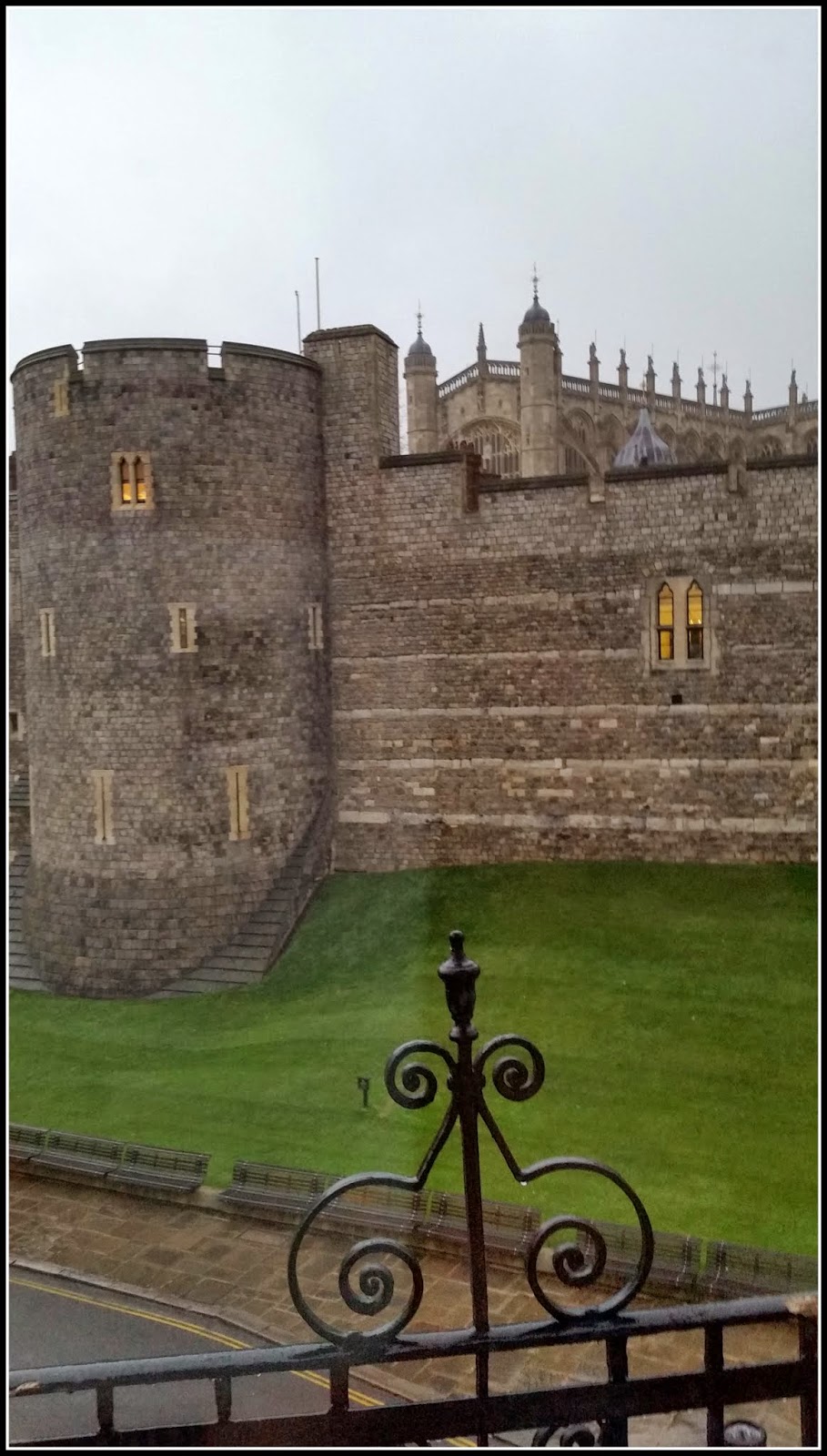 And here it is after dark: 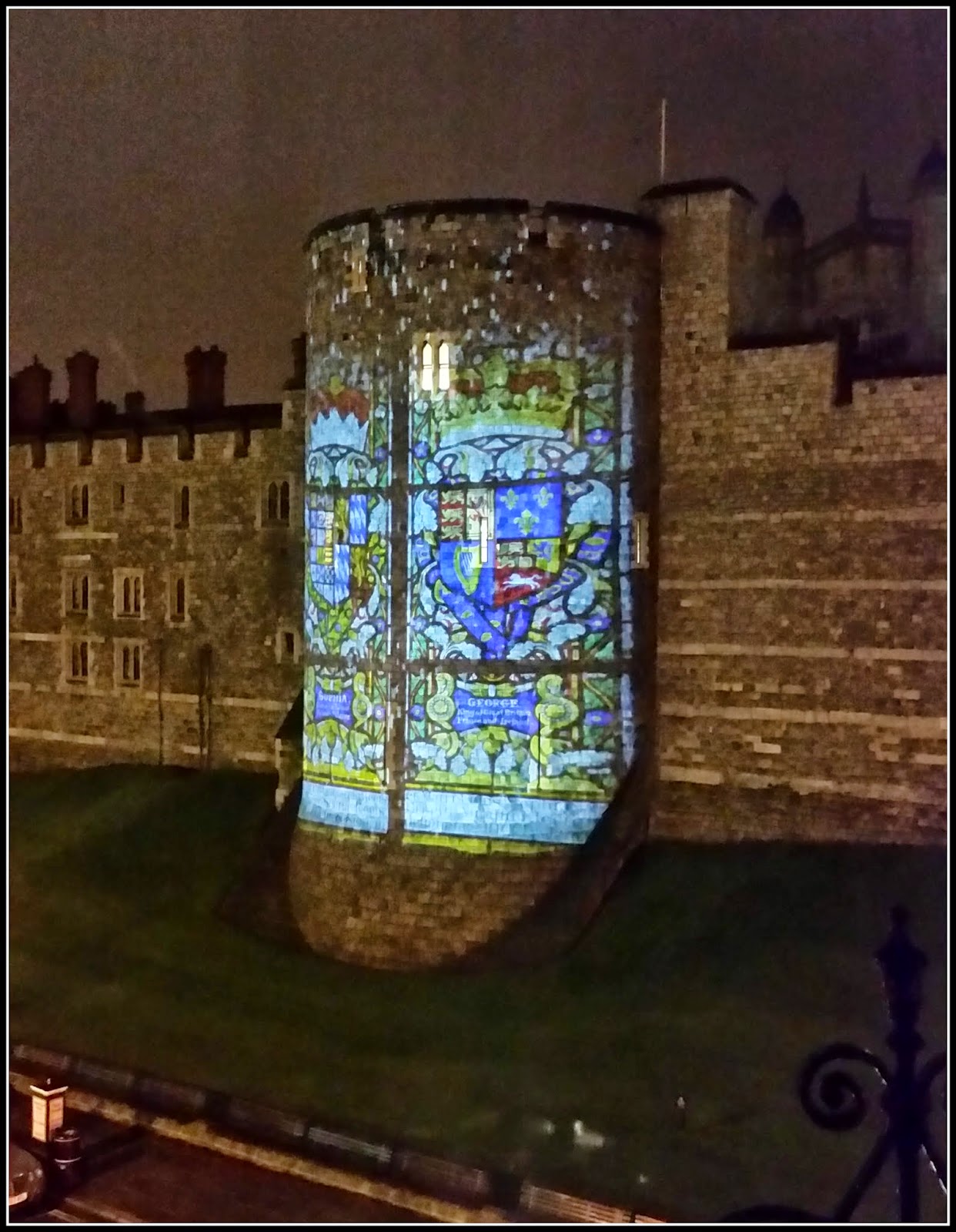 The display was on a continuous loop lasting perhaps two minutes. 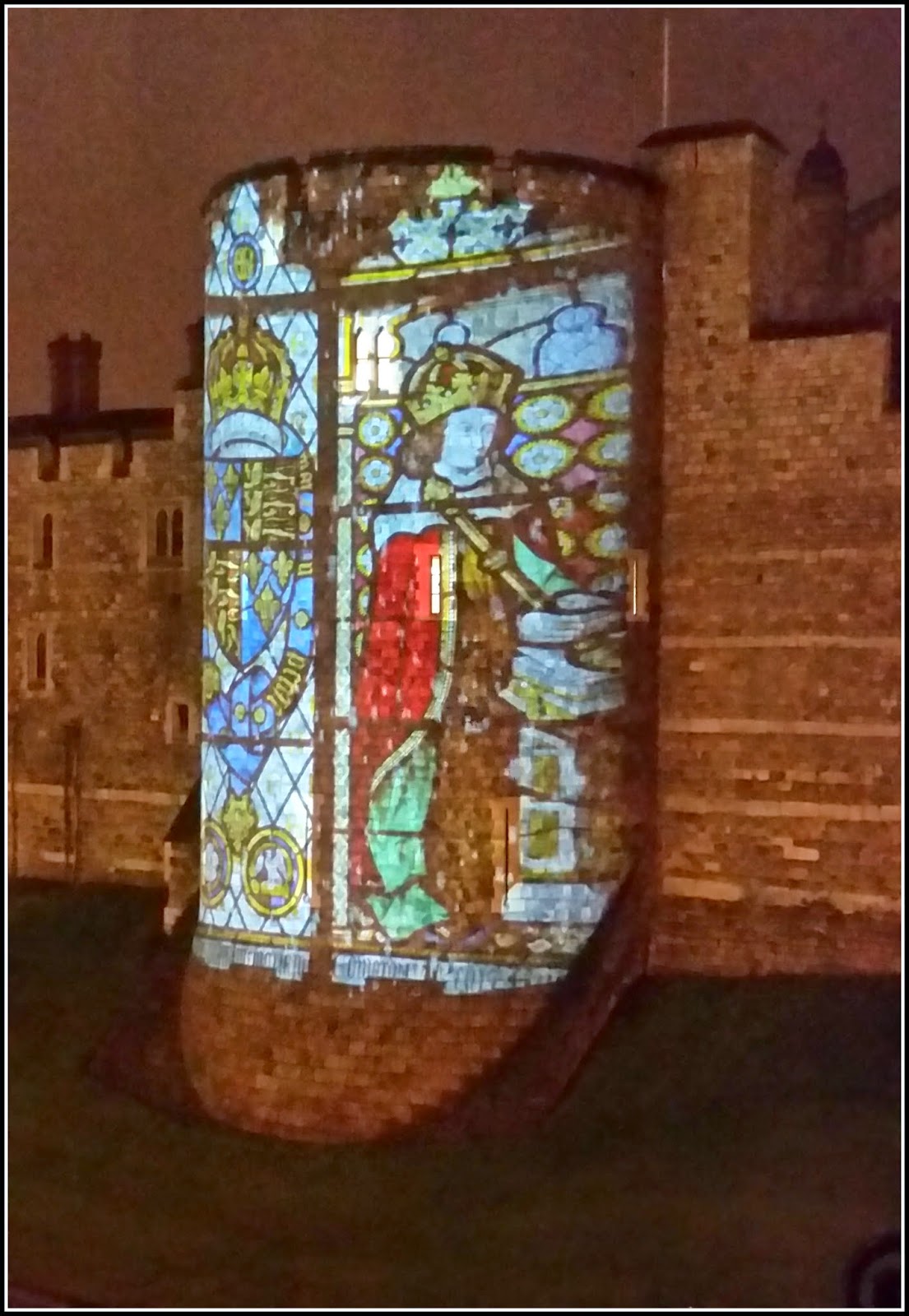 In between the pictures (which moved / transformed, of course), the display was of falling snowflakes: 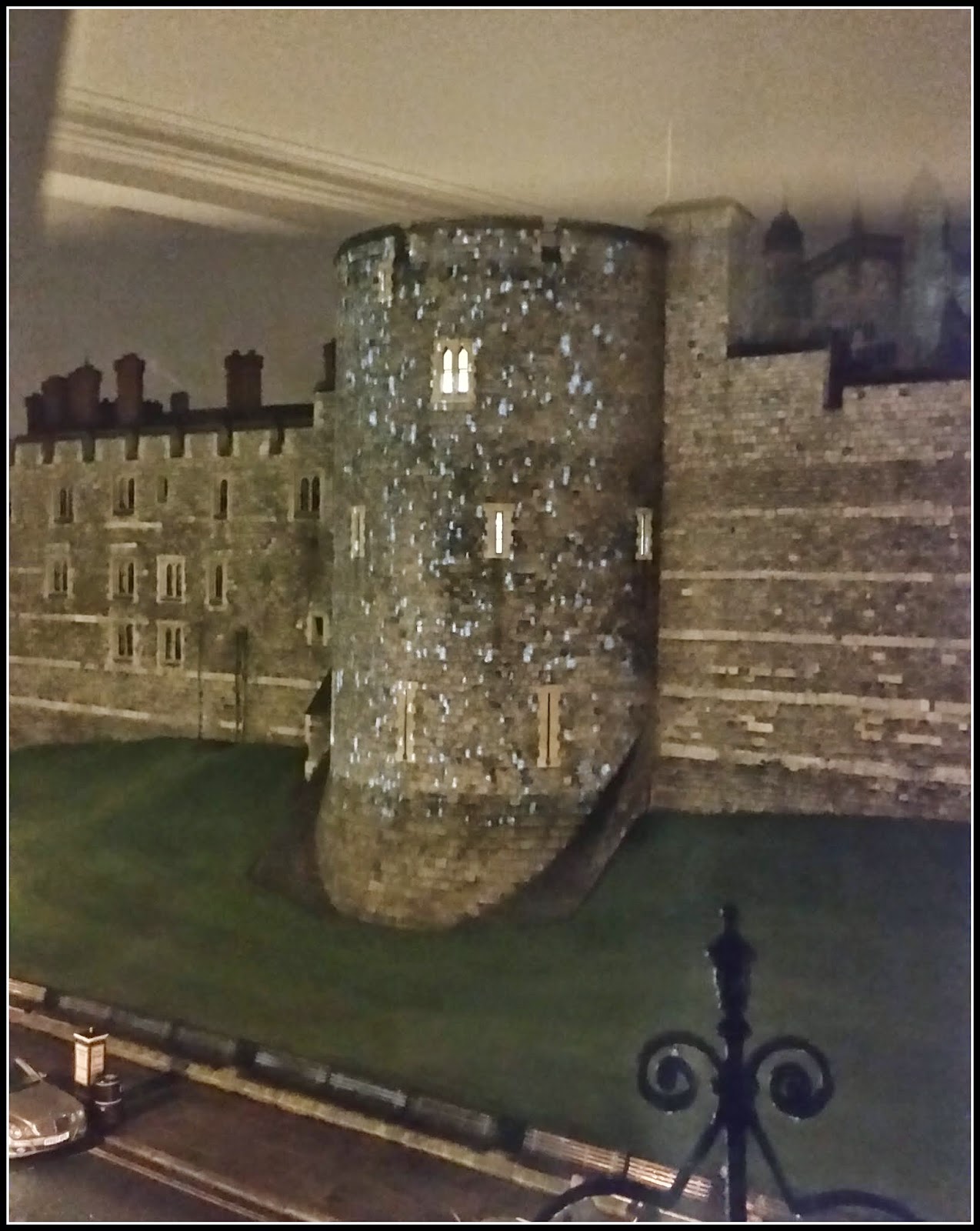 Sorry about the weird "sky" effect there. This photo was taken through the window glass, and what you see is actually a reflection of the ceiling! All the photos were taken on my smartphone, by the way.
Posted by Mark Willis at 12:00