My "conventional" salads are just about finished. I have some endives still, and one or two radicchio, but the lettuce and beetroot are all gone, and the tomatoes and cucumbers are but a distant memory. It's time for micro-salads! 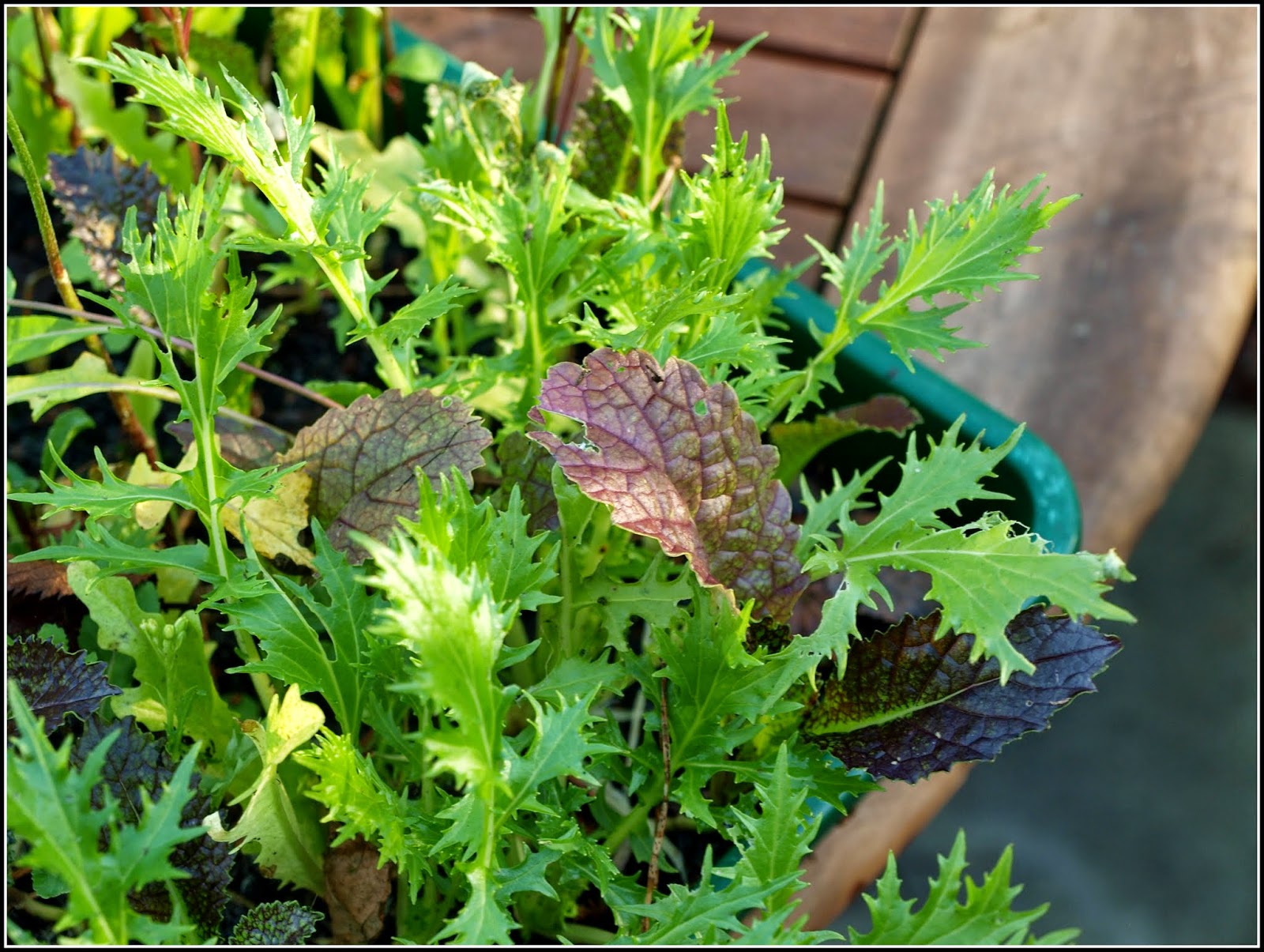 These little plants are from a Gourmet Salad mix sown in the first week of September. We had a few uses of them during the early Autumn, and now they are having a bit of a resurgence.

The Gourmet Salad contains a lot of Mizuna. My opinion of this is "Looks nice, but tastes of little."


There is also a lot of Red Mustard, which is much tastier. In fact you need to eat it when it is very young, otherwise it will be unpleasantly powerful. Bigger leaves can apparently be used in a stir-fry, though I can't honestly say I have tried them that way.


In the next photo the pale-coloured Mustard leaf is "past it" and would not be nice to eat, whereas the leaf on the right is just at the perfect stage. 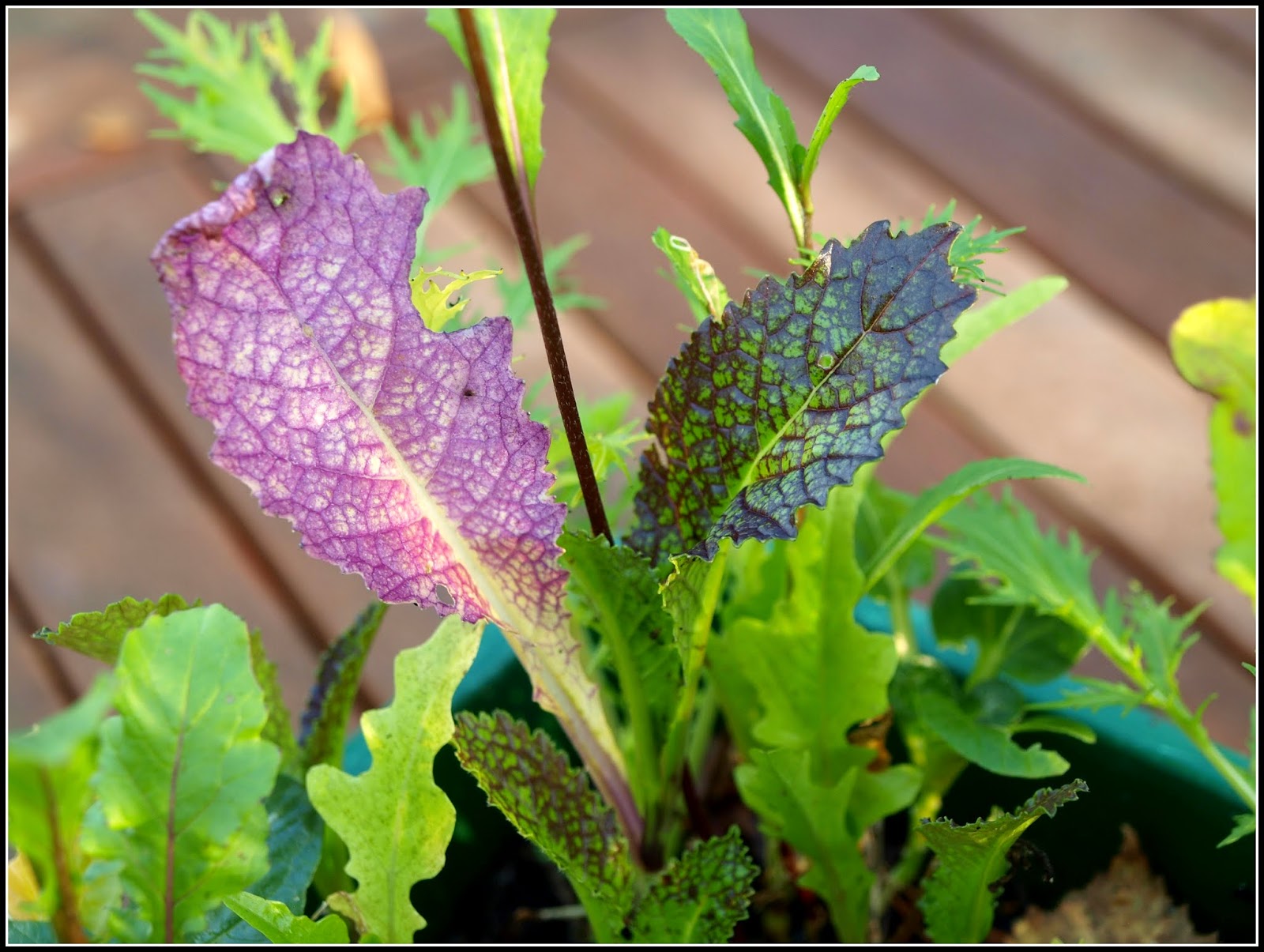 There are a few little Pak Choi plants in the mix, with their spoon-shaped leaves:

The bigger leaf at rear right is of a pickable size, but the other leaves are still too small.

There was some Rocket in the pack too, and we ate some of it as soon as it matured, but it quickly ran to seed. When this happens the leaves and stems become very coarse and stringy and not nice to eat. However, if you're patient flowers will emerge and Rocket flowers are edible. They taste just like the leaves, and may be added to a salad to give some visual appeal.

My photos make these salad ingredients seem big, but they are not. They all live in one single seed-tray. But on occasion their diminutive size can be a distinct advantage - for instance, the seed-tray can be brought indoors or put under cover if frost threatens. And of course it means that even if you only have a very small space available, you can still grow something worthwhile.

If you are interested in this sort of thing, why not have a look at this recent article by Niki Jabbour on Savvy Gardening, which describes various types of salad Mustards.
Posted by Mark Willis at 12:00