The opportunities for getting harvests from my garden are very much reduced now! This week I have not been able to contribute much to the menu; mostly salads, such as these radicchio and endive: 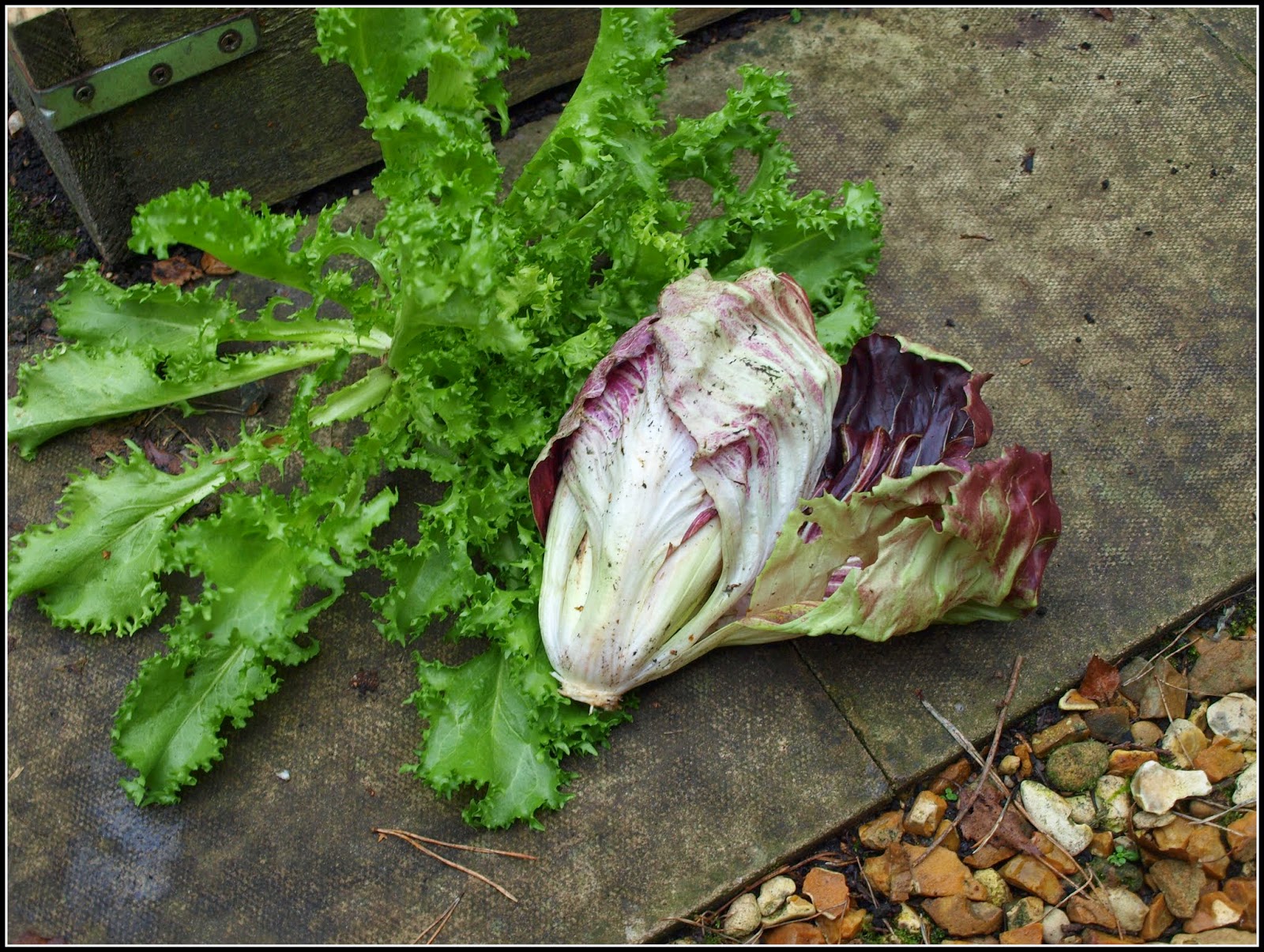 Actually I did also pick two other very small radicchio (seen at the bottom of the next photo), including one "Variegato di Castelfranco" (the speckled one). That particular type has been a disappointment this year. Very few of the seeds germinated, and the resultant plants were very small and weak. This may have been a problem with the one packet of seeds I bought, because in the past I have grown this variety successfully. 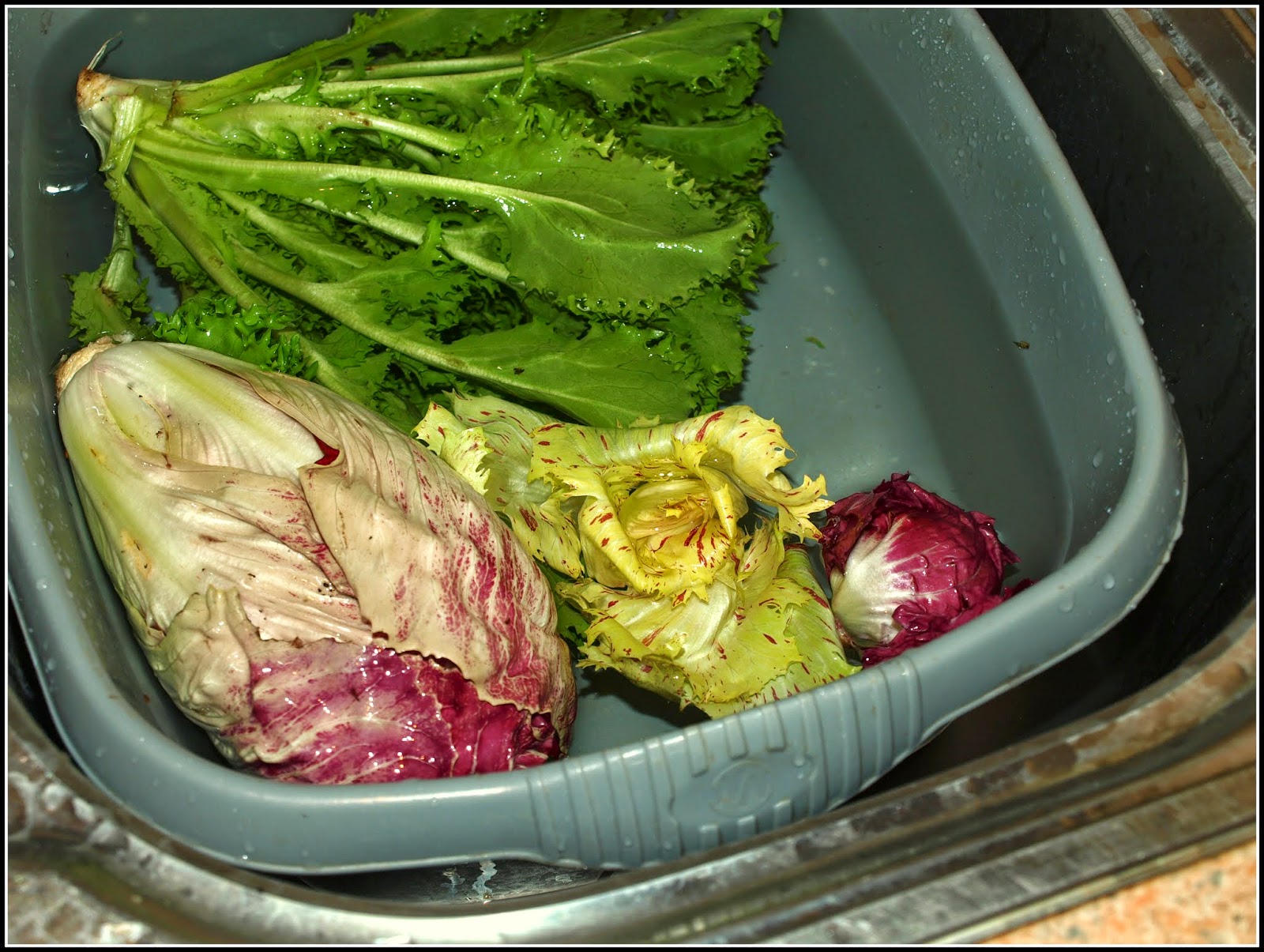 This small bowl of Landcress leaves was also included in the tally: 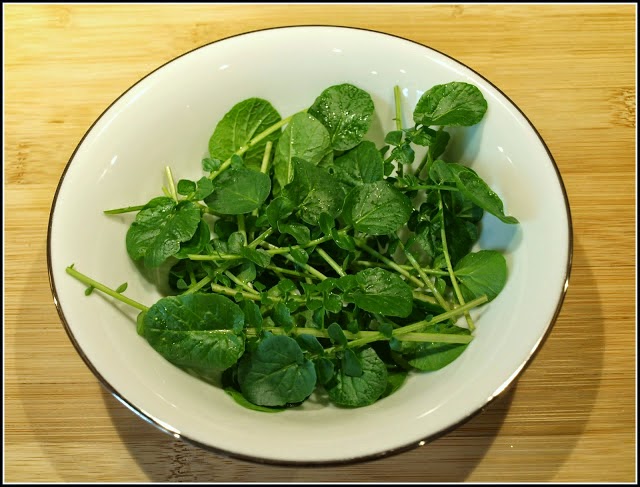 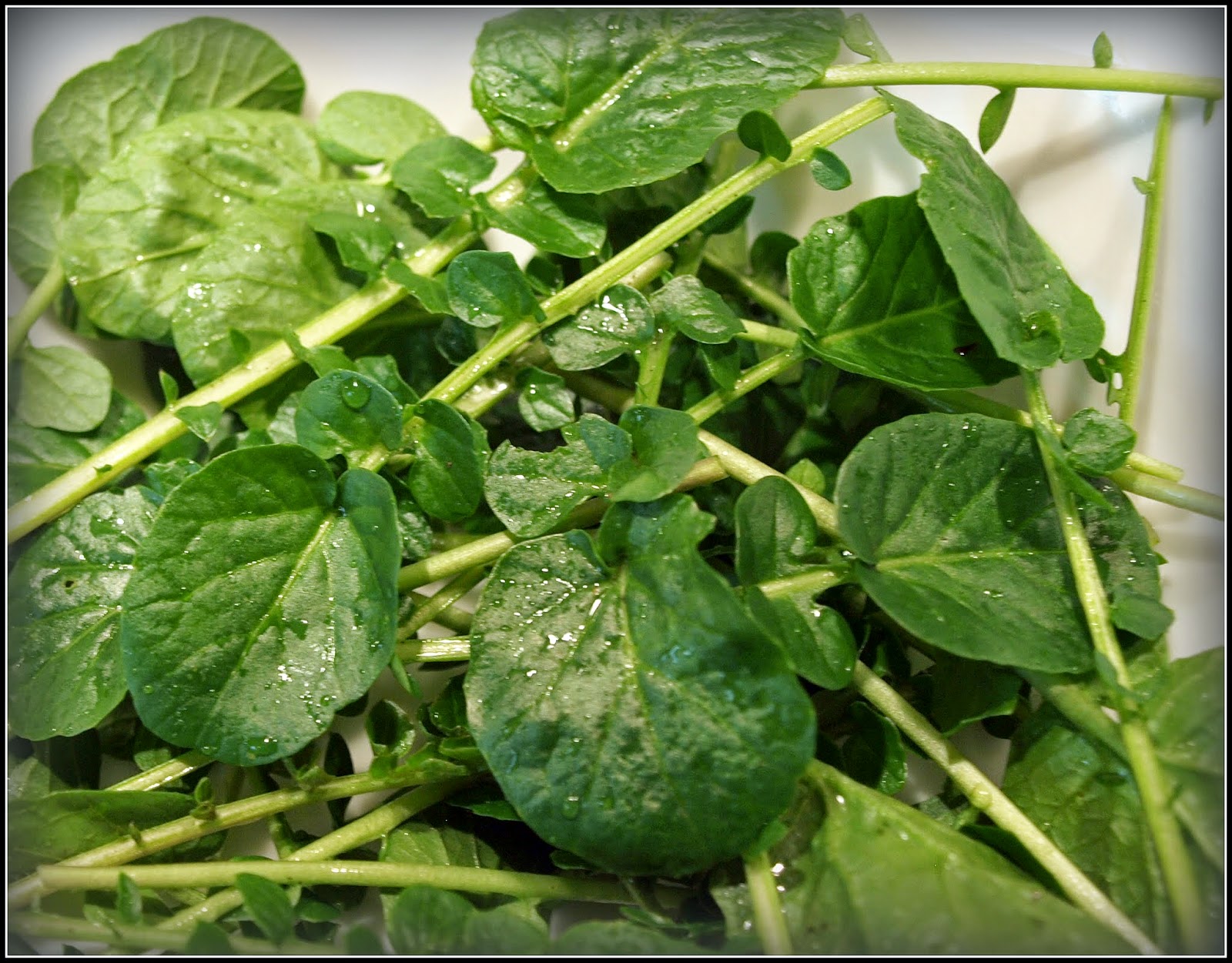 As I described yesterday, we had a very sharp frost on Saturday, but Sunday was a lot milder. Just to illustrate the difference, here are two photos of the same endive plant, taken on two consecutive days: 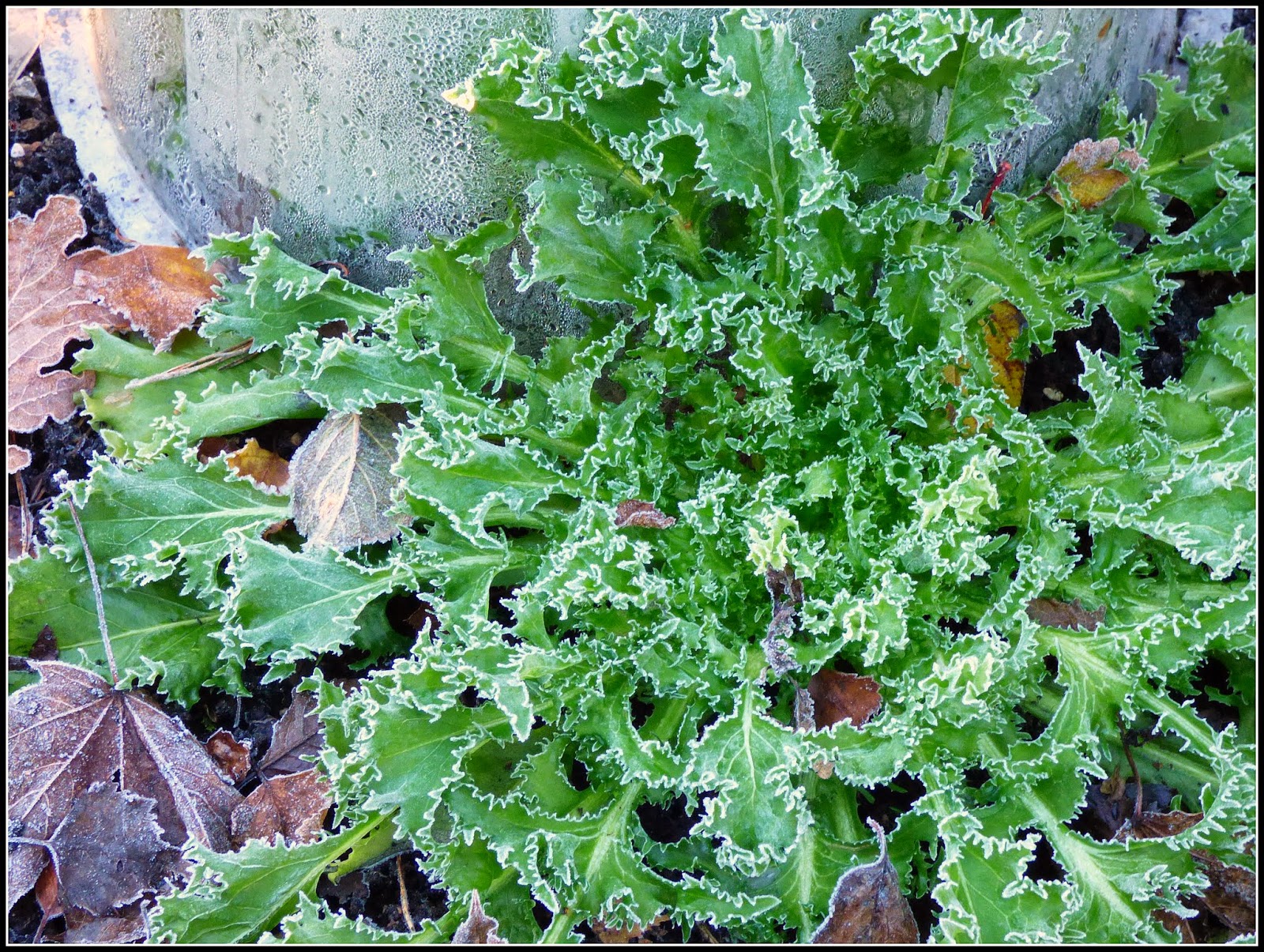 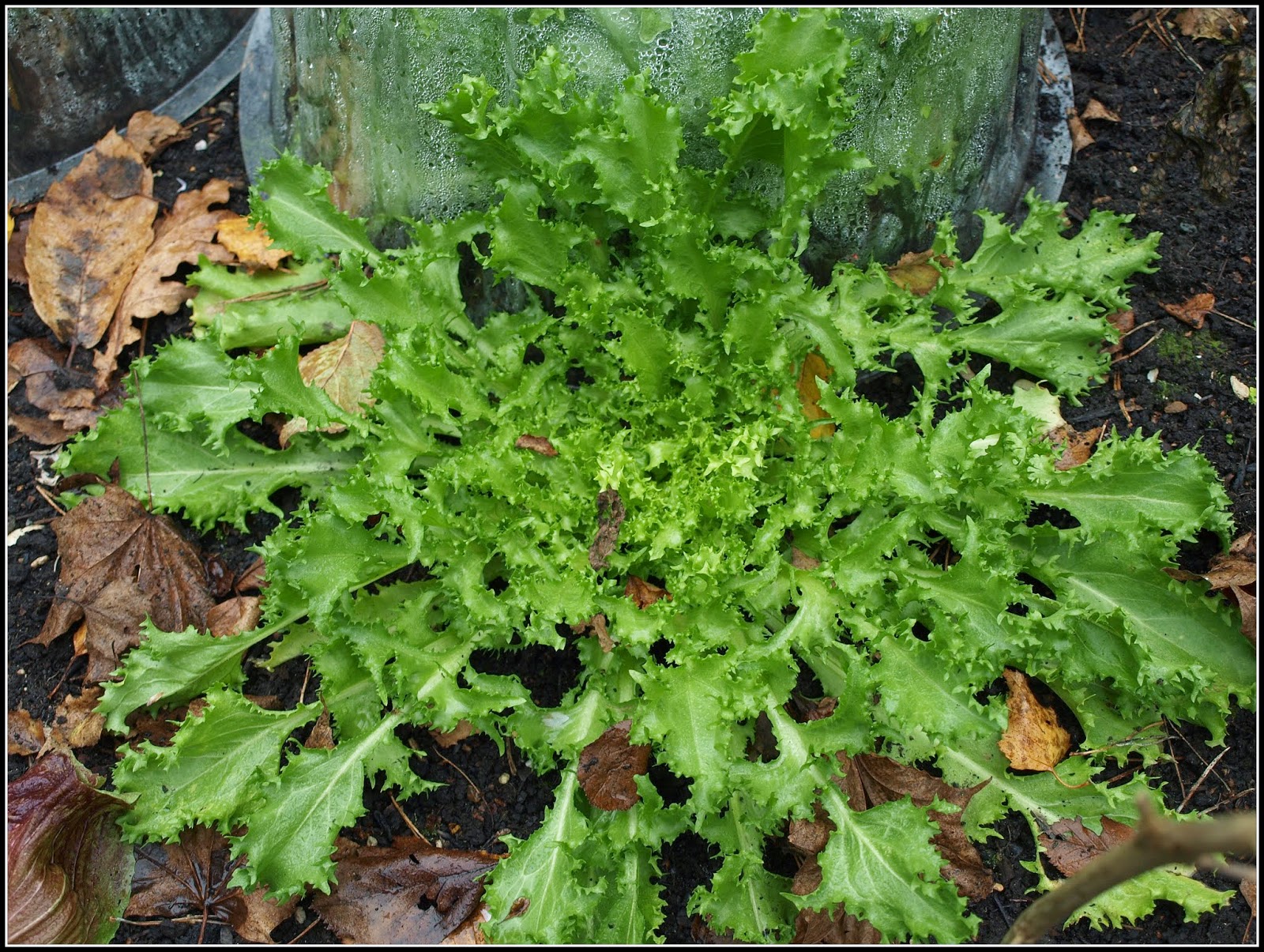 The endives seems to have survived the frost OK. They seem to be all right if the frost is not prolonged. I imagine if we had very low temperatures for say 48 hours non-stop the plant would probably die.
At the weekend we ate a Middle Eastern meal, and in my opinion most Middle Eastern meals are incomplete without Parsley, so my garden contributed this: 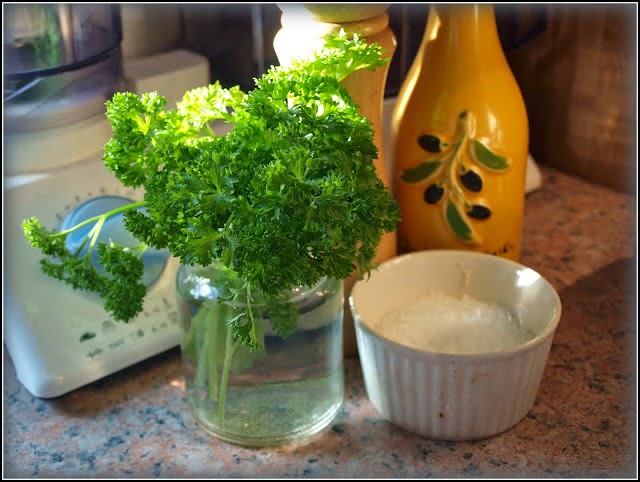 Picked at the weekend, but not yet consumed, is this batch of Brussels Sprouts: 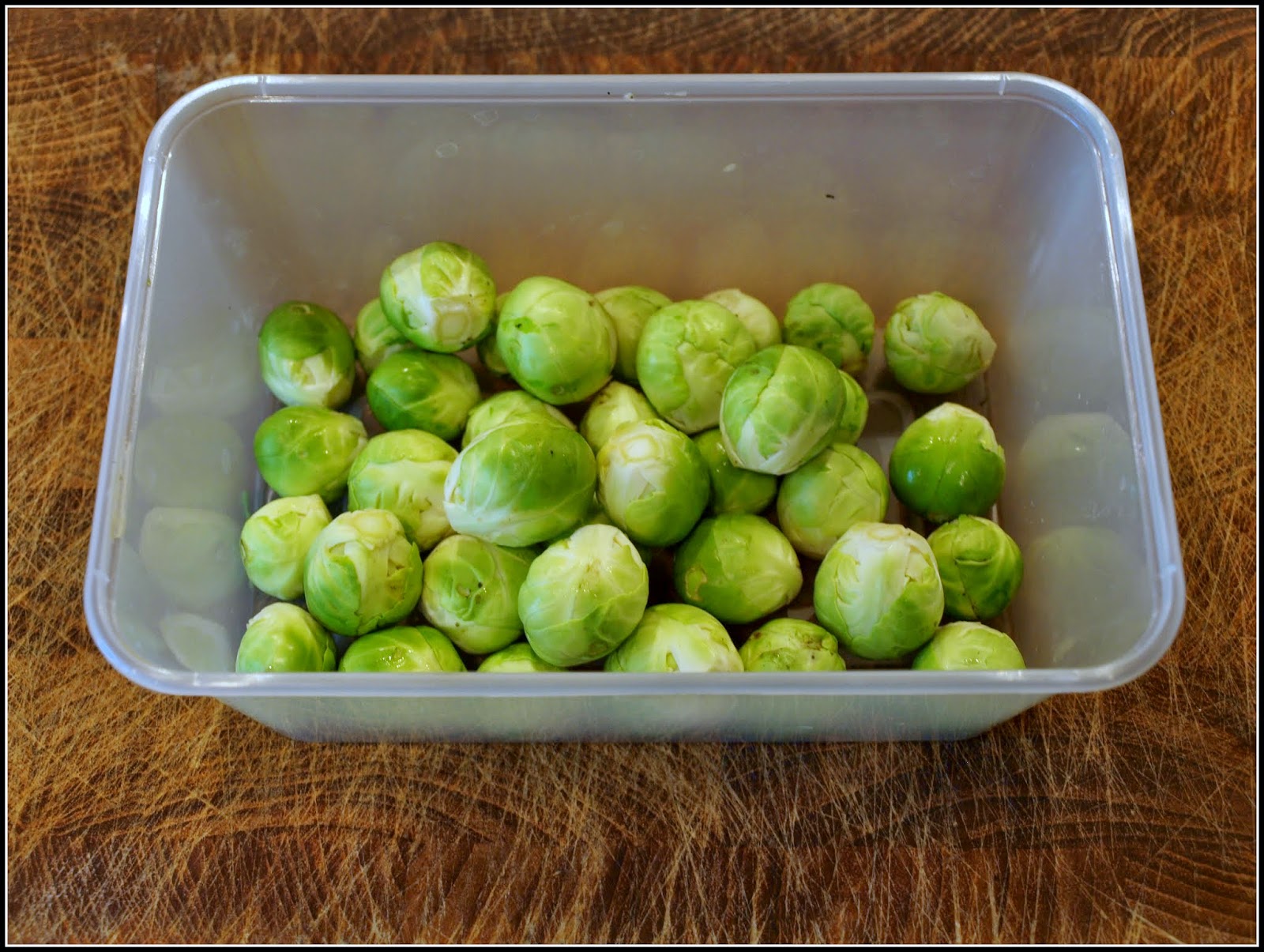 As before, they are not big, but they are nice and tight, and I'm sure they will be lovely and sweet. 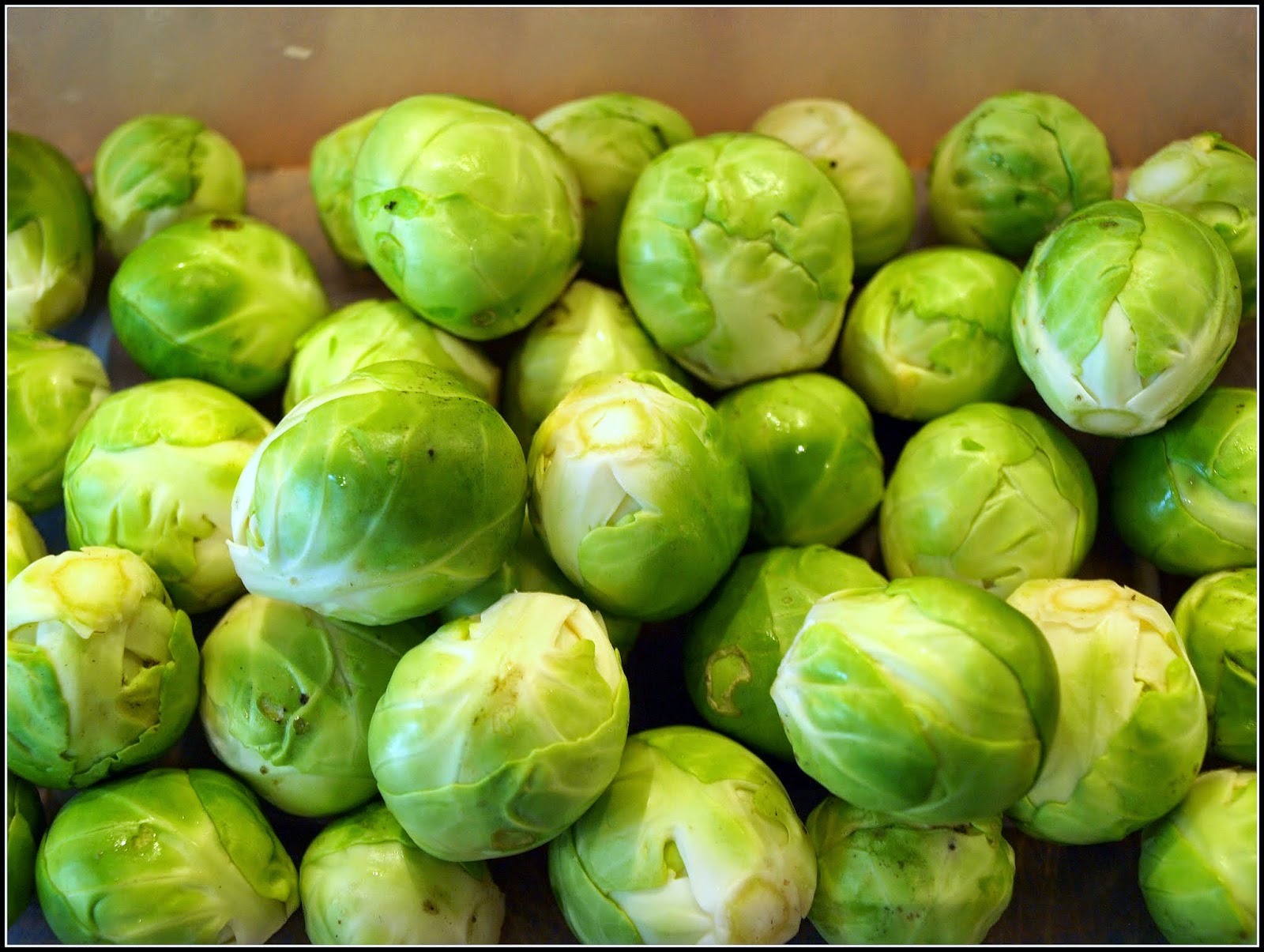 I keep thinking that I won't be able to participate in Harvest Monday for a while, but there always seems to be something I can harvest. That's what I like! It is so rewarding to be able to get at least something from the garden all year round.

Why not drop by Daphne's Dandelions to see what other gardeners have been able to produce...