My six Brussels Sprout plants have produced a good crop. I have been very pleased with the yield. Individually, the sprouts are small , but there are lots of them, and they just keep on coming: 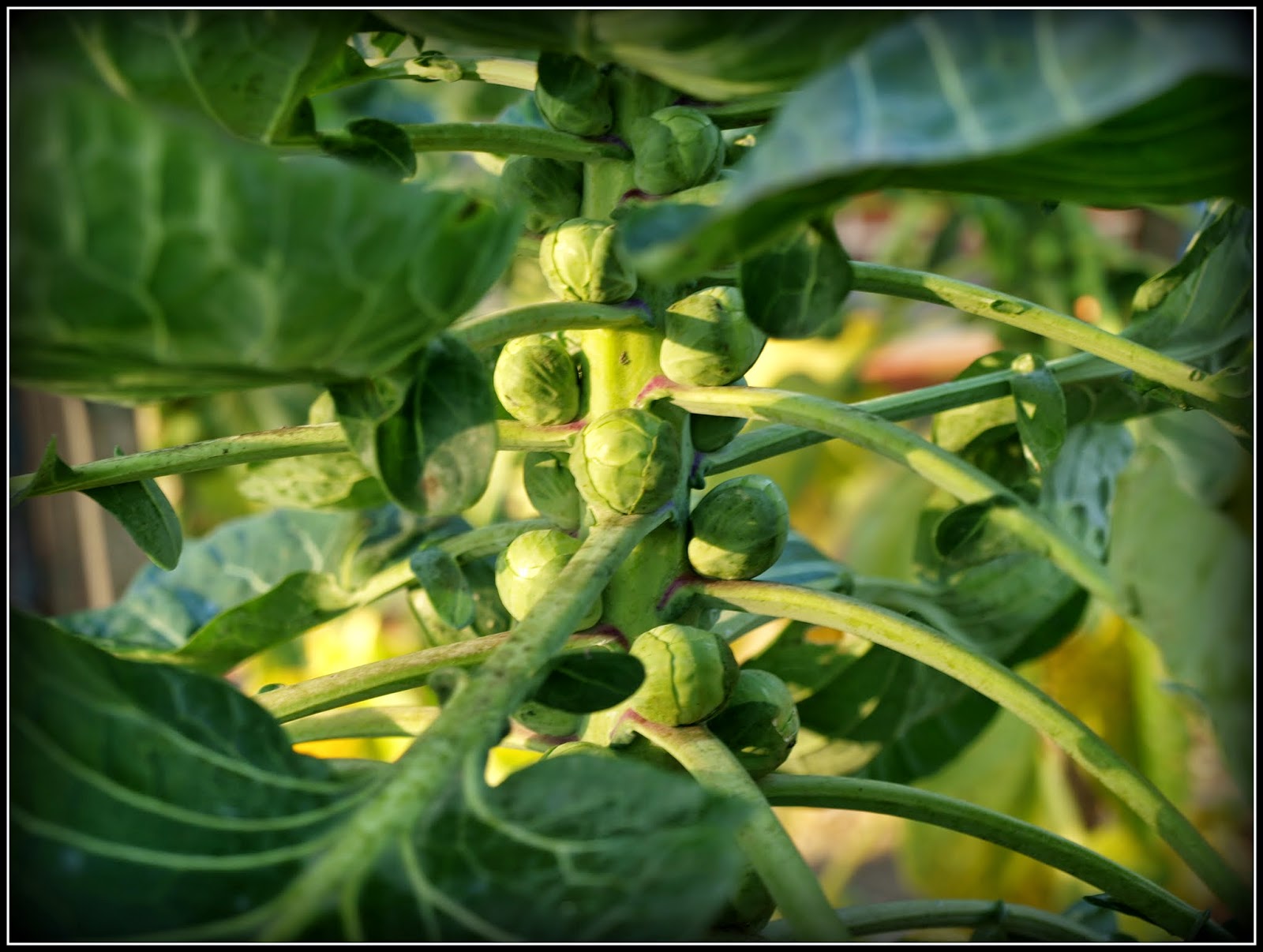 It is a well-known fact that plants grown close together are generally smaller than ones well spaced out. I have six plants in one 1 x 2.4 metre raised bed, so I'm not surprised that the plants (and their sprouts) are small. 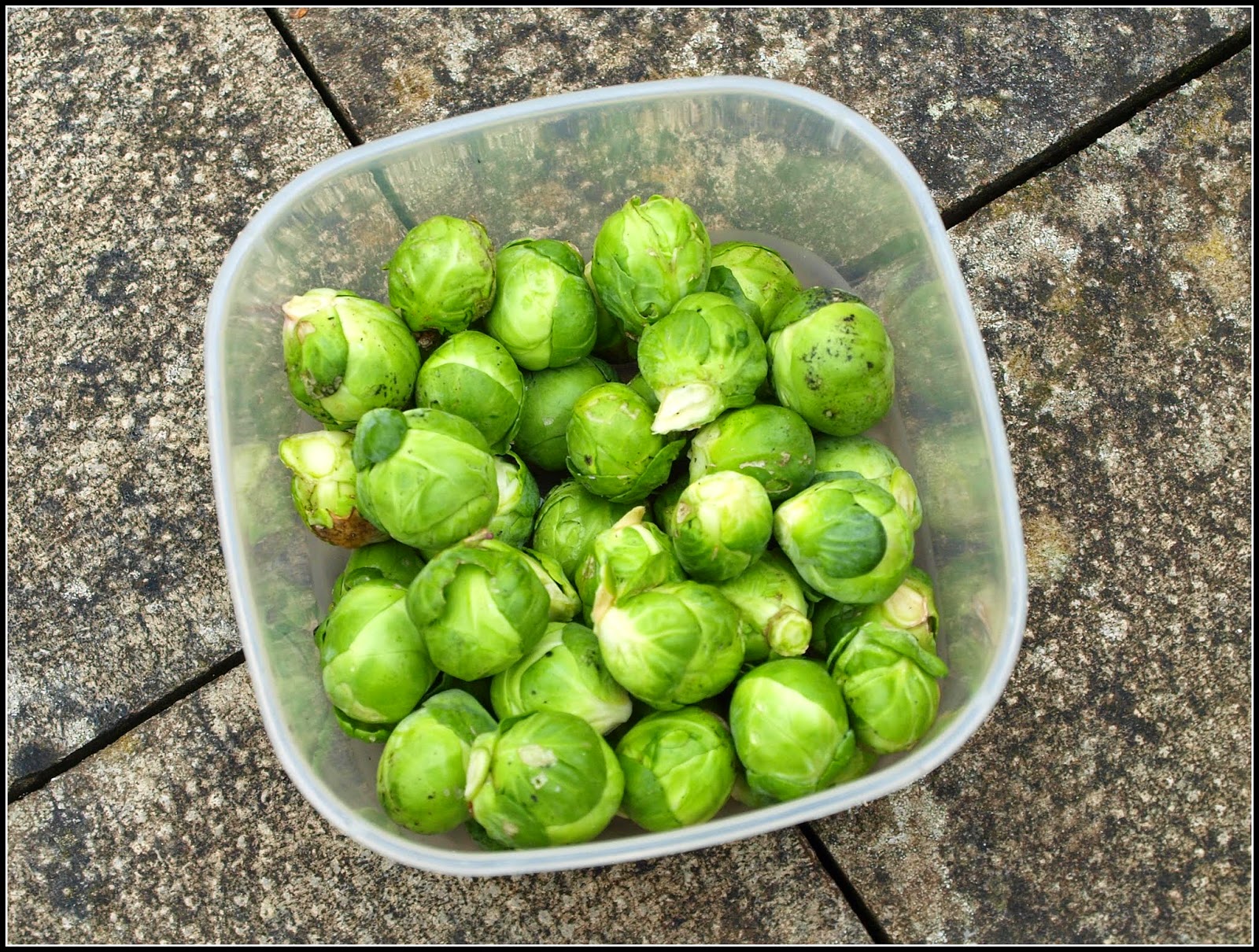 Following recognised Best Practice, I have been picking the sprouts from the bottoms of the stalks first. This allows the ones up near the crown to keep on growing bigger. Two of the plants are nearly finished now; they are the two "Brilliant" ones. I also have two of "Bosworth" and two of "Napoleon". As you can see in the next photo, many of the lower leaves are going yellow now, so I have been progressively removing them as they fade, to lessen the chance of disease setting in. 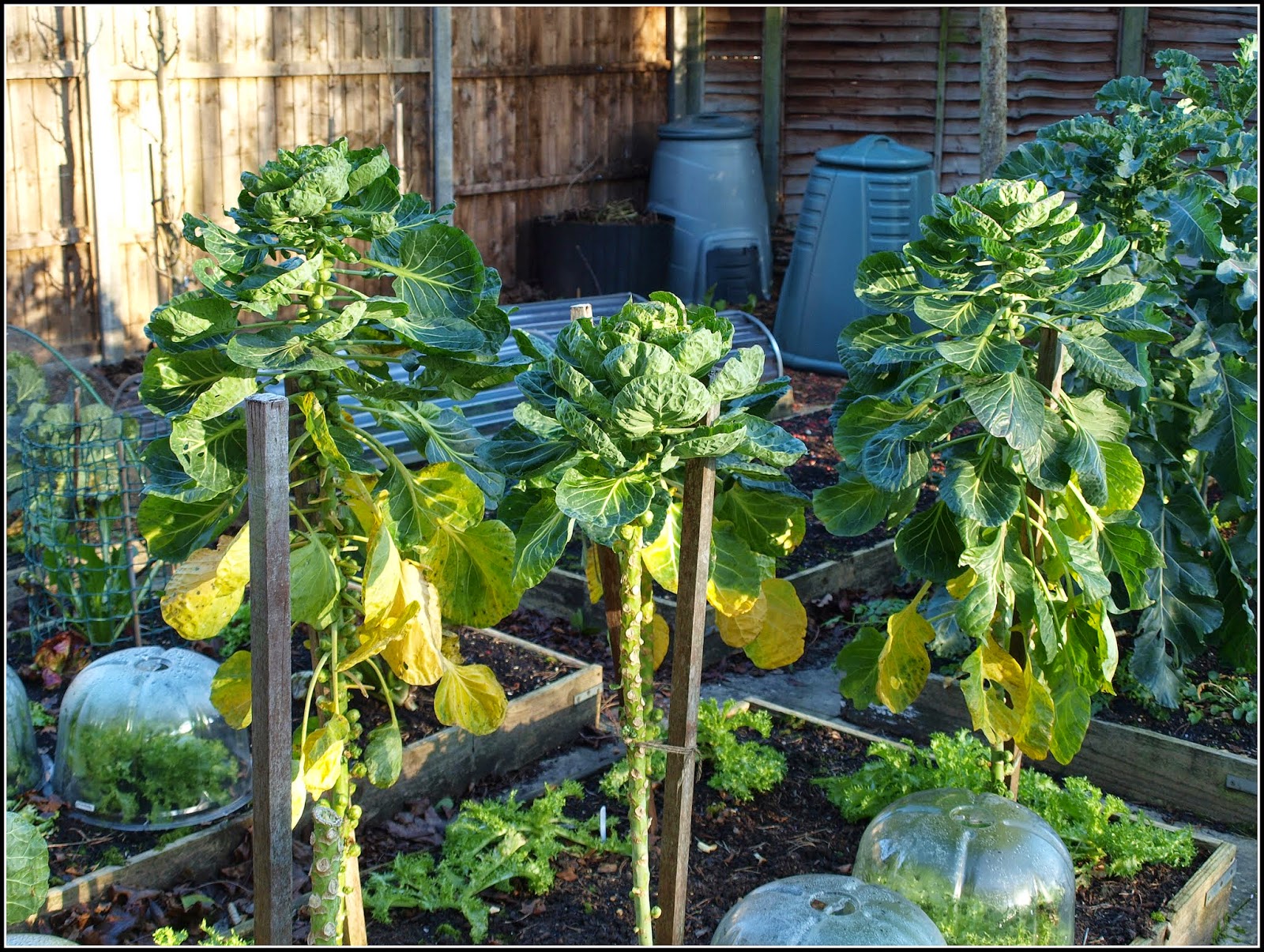 I deliberately chose varieties of sprouts that would mature at different times, in order to extend the cropping season, and it seems to have worked. Jane and I are not keen on frozen veg if fresh can be available, so I have not aimed to produce big quantities all at once. And the best thing is that by the time the Brussels Sprouts finish, the PSB will be just about ready.

When all the sprouts have been picked I will use any of the Tops that look all right as additional greens (they are like a full-flavoured cabbage), and I will compost the stems. The enormous stems are very tough and woody, so in order to help them decompose I smash them with a hammer, breaking open the thick outer skin. And then the cycle will begin again: it won't be long before I'm sowing more seeds. A gardener's task is never complete!
Posted by Mark Willis at 12:00