The weather this week has been significantly colder - although we have not had any frost - and the garden is shutting down for the Winter. There is much less of interest to the vegetable gardener now. The Brussels sprouts are doing OK, and the PSB is growing nicely. The second batch of Leeks is coming along ever so slowly, and the Swedes seem to have completely come to a halt. I can still harvest endives and radicchio occasionally, though I have to discard many of the outer leaves of the latter, which are brown at the edges and much nibbled by slugs. Evidently slugs dislike endives, because they get nibbled hardly at all.


Around the edge of the PSB bed I have about a dozen Landcress plants. 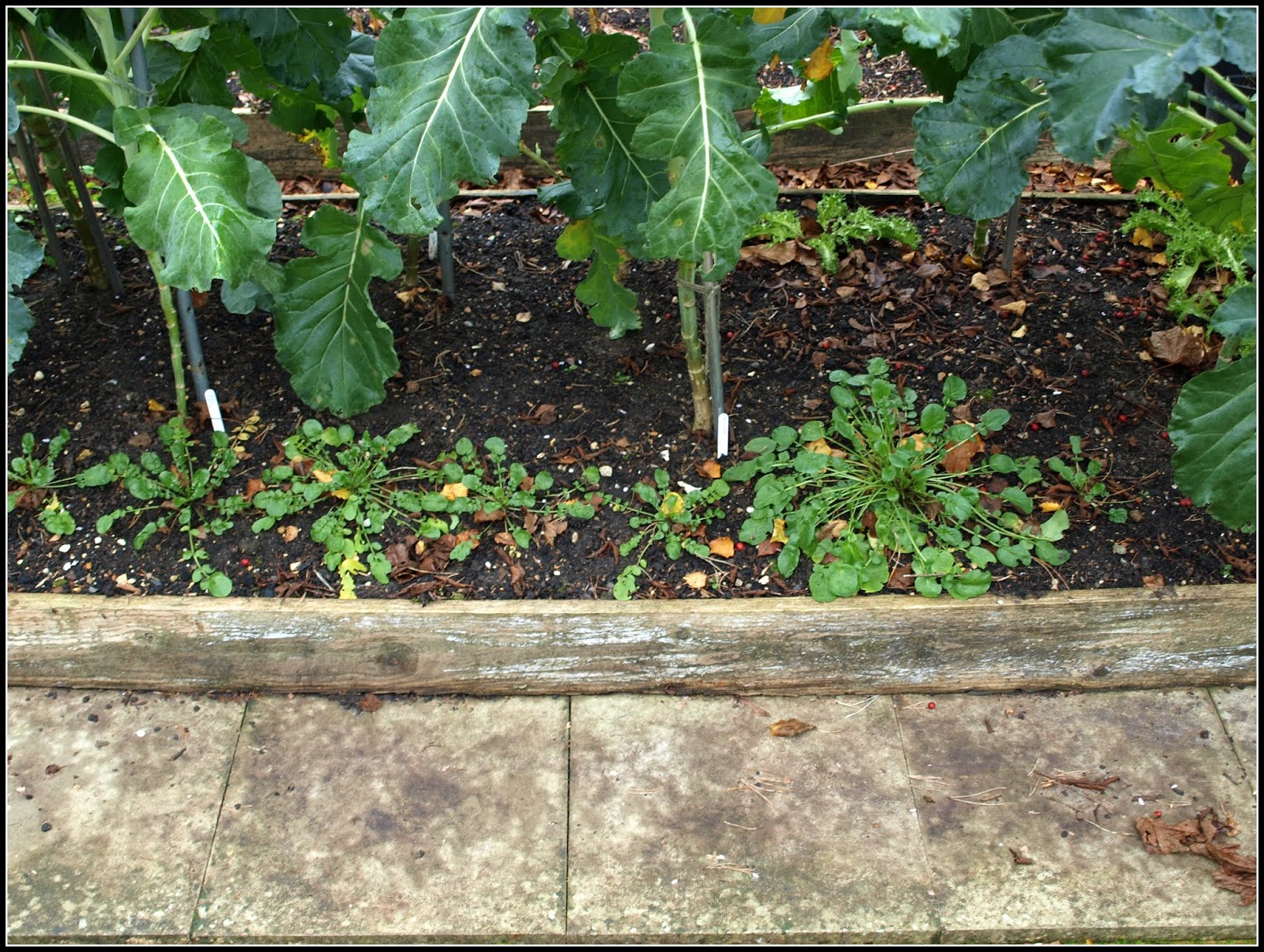 Landcress is pretty hardy and will keep on producing throughout the Winter, especially if you cover it with cloches. You pick the leaves individually and add a few to your salads. They are quite peppery, so you don't need a lot. 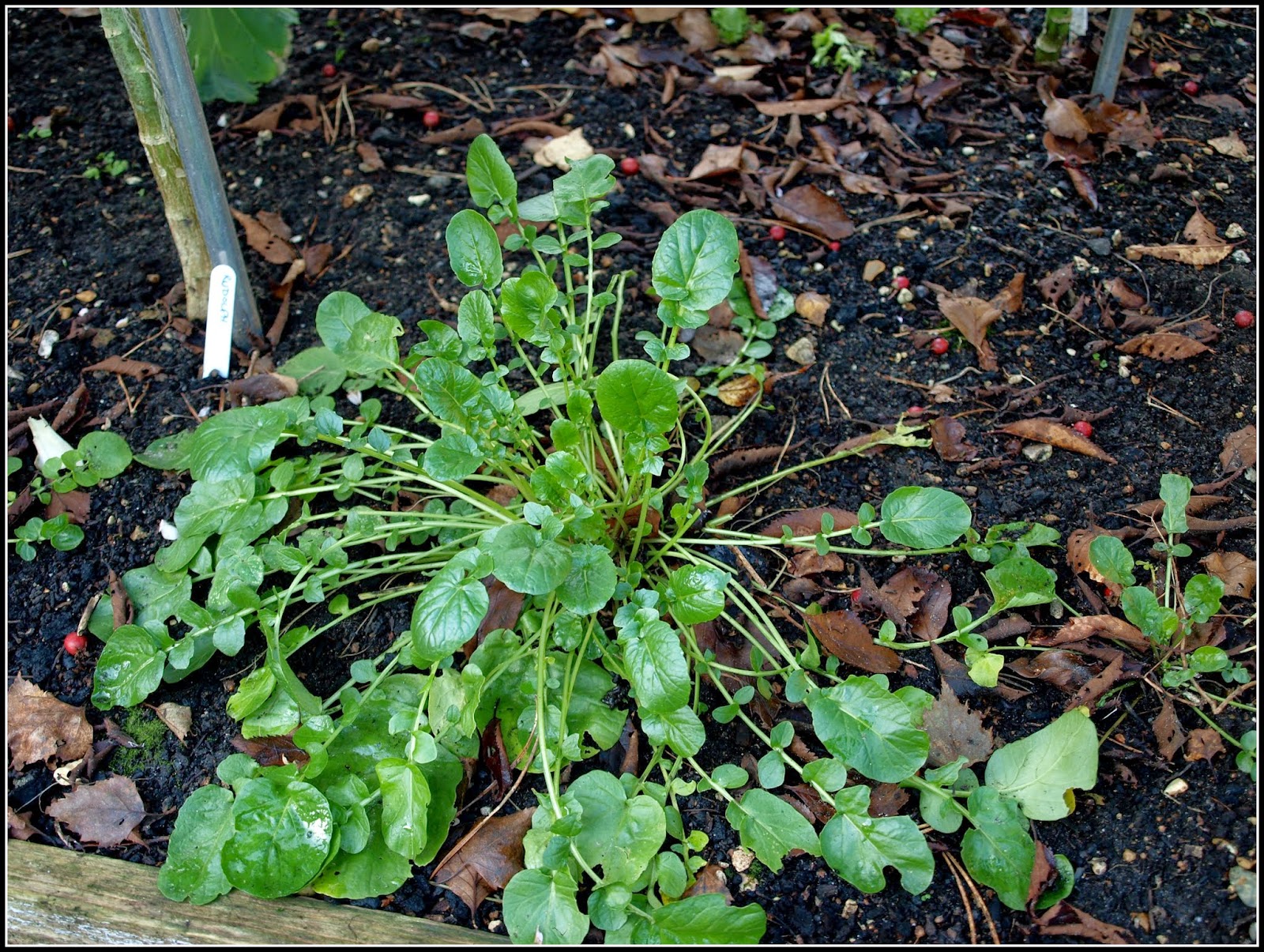 Since there is little new in the way of veg for me to show off, today I'll just give you some "miscellaneous" photos...

One plant hasn't got the "Let's hibernate" message. The recently re-homed Rhubarb has decided to put up an exploratory leaf. 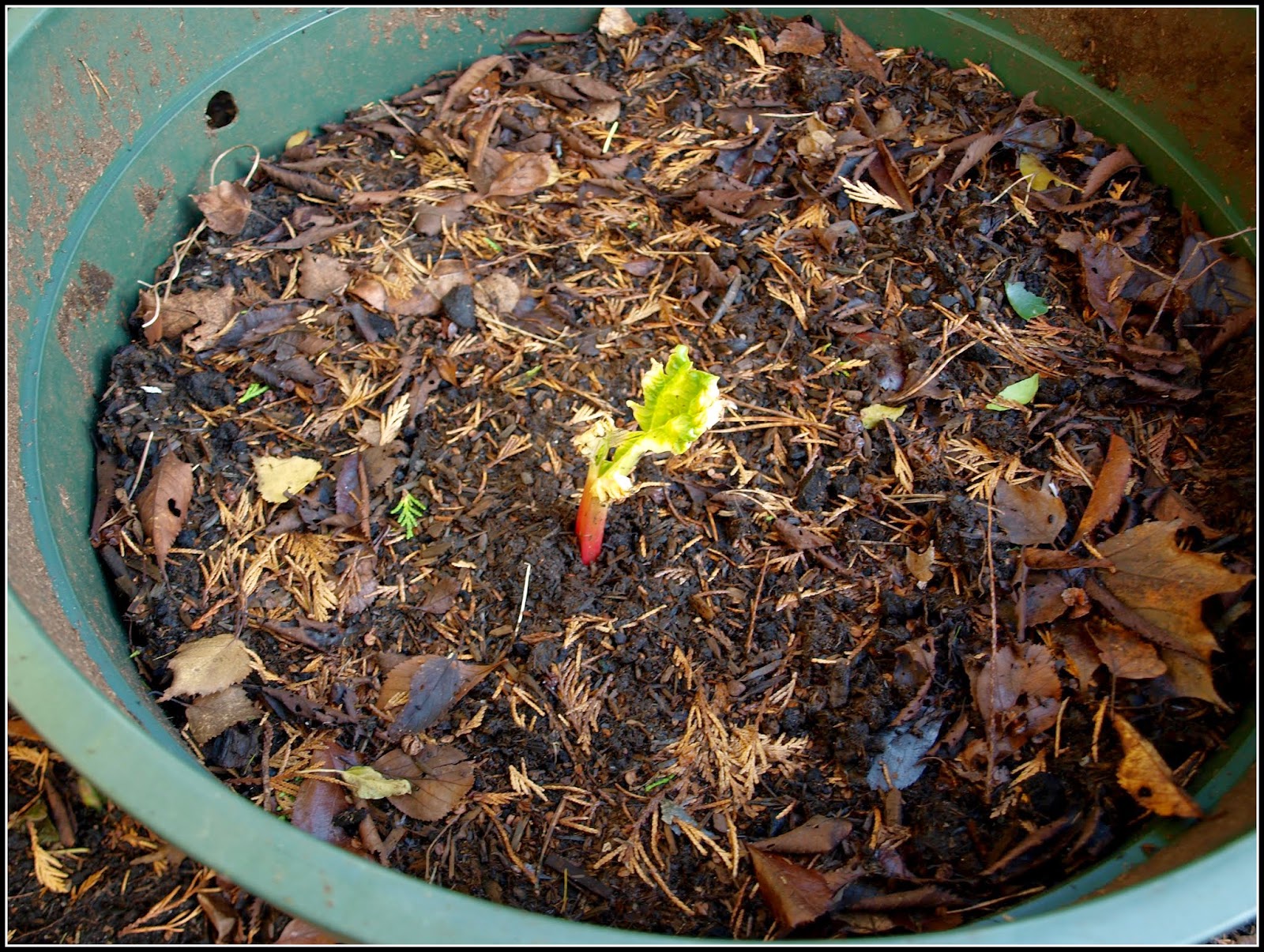 Hopefully it will realise that it is not time to start producing new leaves, and go back to sleep!
Posted by Mark Willis at 12:00