Hi Everyone; I hope you all had a good Christmas! With the Main Event past us already, I am turning my attention to gardening plans for 2015, and trying to decide what seeds to order.

Most of you will know that I grow Purple Sprouting Broccoli every year, so this is definitely going to be on my list. 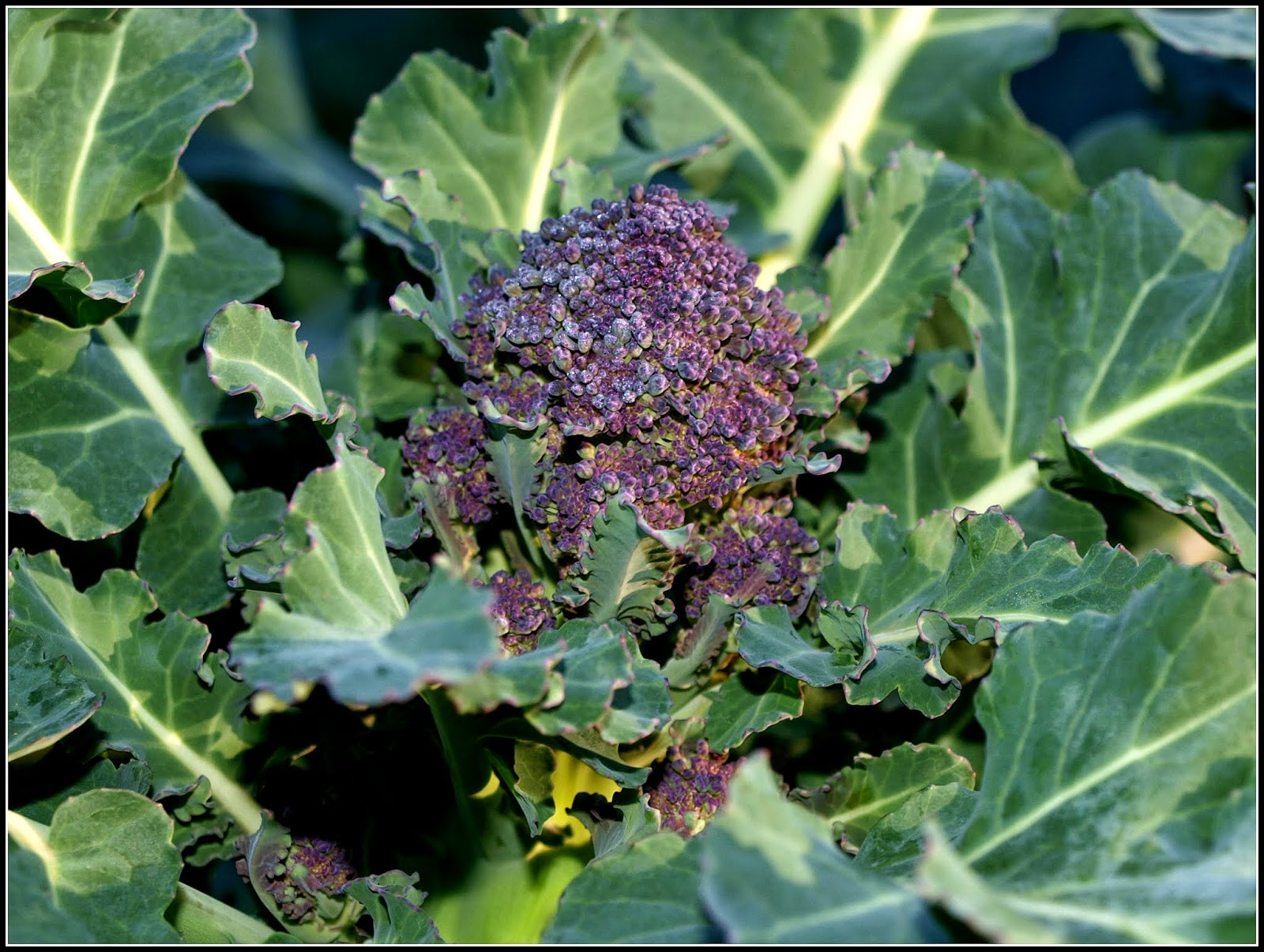 I usually go for the varieties that produce their crop in the Spring, at a time when not much else is available - in other words the "Hungry Gap". I know that these days you can get PSB that flowers in the Summer, but I have never grown any. This is mainly because during the Summer my garden is crammed full of other crops, so I can't spare any space for Summer PSB as well as Spring PSB. I did once get as far as ordering some seeds for the variety "Bordeaux", but by a cruel quirk of fate that type was just not available that year, due to a poor harvest the previous year! Just browsing around a few websites today I see that several of them say this variety is "currently unavailable", so presumably it is a difficult one to grow. I think I will avoid it...

I have in the past successfully grown some Summer-cropping types of green Broccoli, especially the multi-headed ones like "Apollo" and the oriental hybrid "Kaibroc" (a cross between Broccoli and Kailaan). The ones I choose are necessarily small ones, due to space limitations. Recently I have been inspired by the Broccoli called "Di Ciccio", which I have seen described on the blogs of some fellow bloggers in the USA - especially Michelle Hamer, who writes From Seed To Table. "Di Ciccio" seems to be highly variable in both size and yield, and can evidently get quite big, so it is one I would normally avoid, but Michelle makes it sound so attractive that I am determined to try it. Seeds for this variety seem to be quite hard to come by in the UK, but as luck would have it a friend recently sent me some seeds of this type along with a load of others of which he had plenty spare. Thanks Chris!

I wonder if any of my readers have tried "Di Ciccio"? If you have, would you please tell me how it fared in your garden, and what you think of it?

In the meantime, I am getting quite close to being able to harvest my PSB sown back in the Spring of 2014. Well, by "quite close" I mean about another 6 to 8 weeks I expect! PSB takes a long time to grow (about 10 months is normal), so 6 - 8 weeks is a relatively short time. This is what the most advanced of my 6 plants looks like at present: 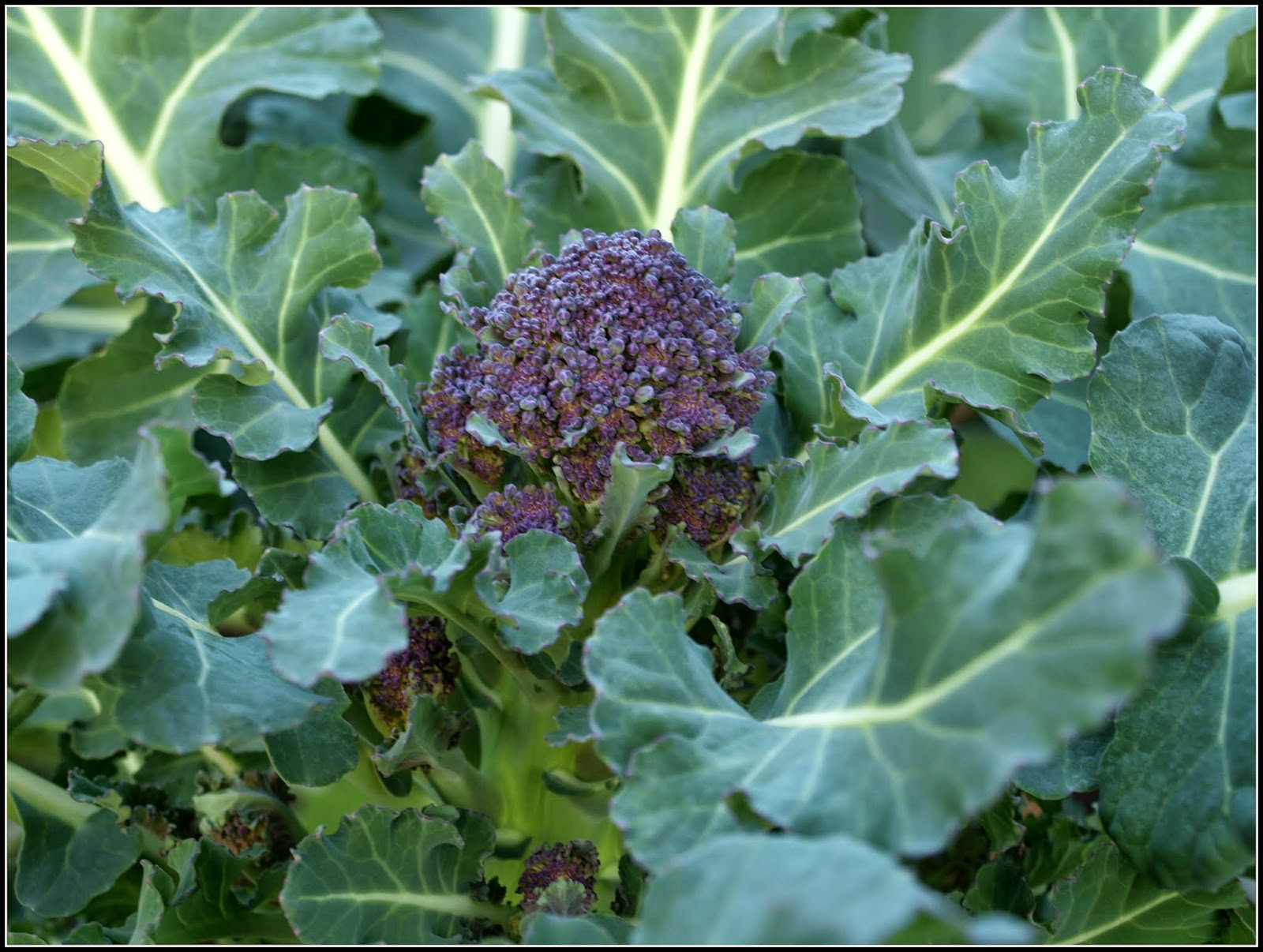 This is the main head, but you can definitely see plenty of side-shoots forming too. 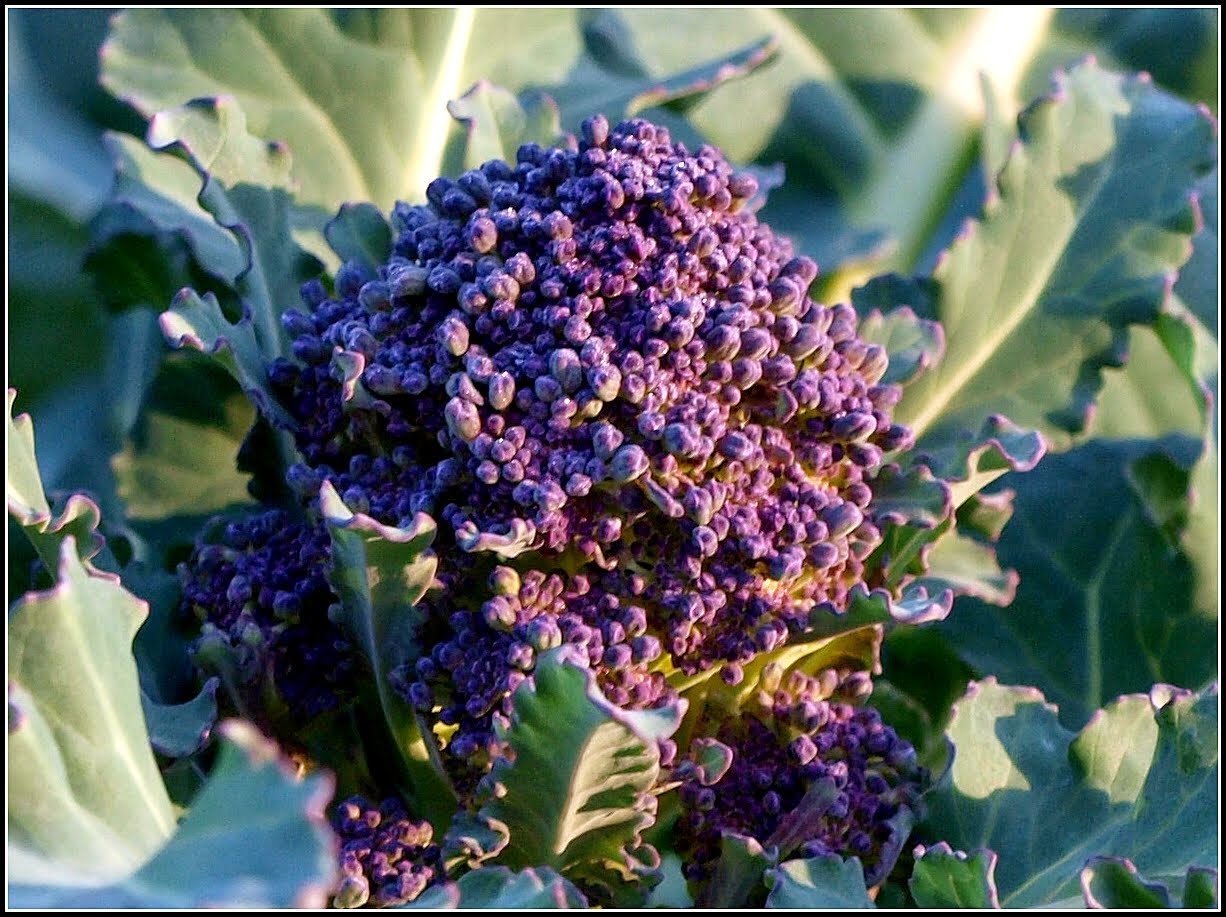 My plants this year are two each of "Red Arrow", "Red Spear" and "Early Purple Sprouting" - the latter being my current favourite. It is an older variety and produces its spears over a longer period than many of the more modern types, so it is more useful in the domestic garden. I don't think PSB freezes well, so I don't want a big crop that matures all at once; I want little crops over a longer period.

Who else grows PSB, and do you have any recommendations for me?
Posted by Mark Willis at 12:00