Plans for the succession

Hooray! We got some rain last night and this morning  - the first for nearly six weeks. Decent heavy rain too, and enough to properly wet the soil. The plants will be very grateful.

Since Mark's Veg Plot (the real one, I mean, not the virtual one) is very small, I have to think carefully about how to get the maximum yield from the available space. Even when the beds are full, there is always other stuff coming along in pots and seed-trays, awaiting its turn.

These are Endives and Lettuces. I sowed a small number of four different types of Endive in the one seed-tray, but as you can see, one type completely failed to germinate. The Lettuces are three red varieties all mixed in together - "Rossa Romana", Red Cos and "Marvel of Four Seasons". In this picture the young leaves of the latter are still pale green. 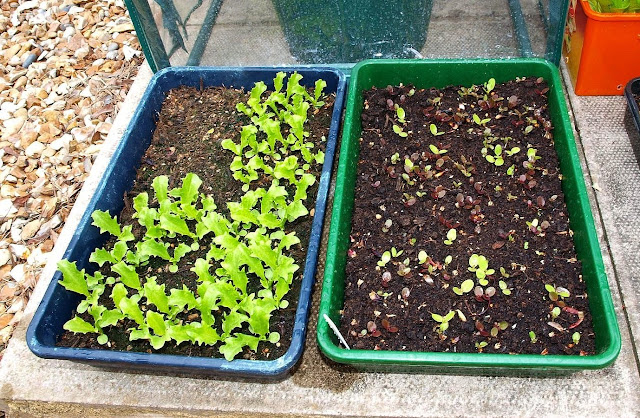 A few days later, the lettuce seedlings have filled-out a lot and gone much darker. 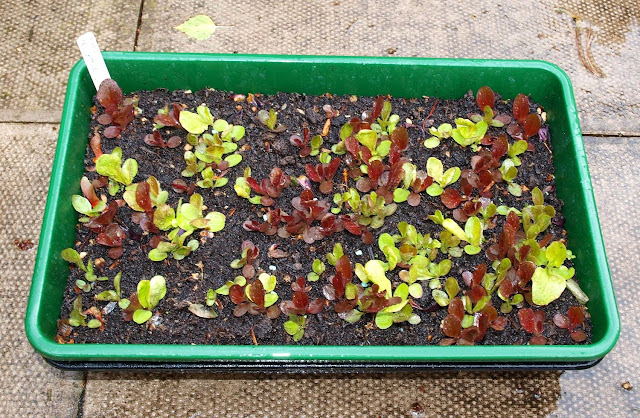 Even the "Marvel of Four Seasons" is beginning to show some red speckling. (And notice the raindrops on these lettuces! We had almost forgotten what rain was...) 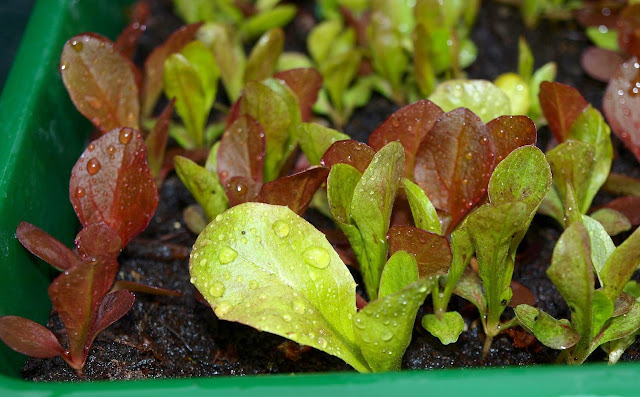 These lettuces and curly endives from an earlier batch are ready for planting out. If only I had somewhere to plant them! 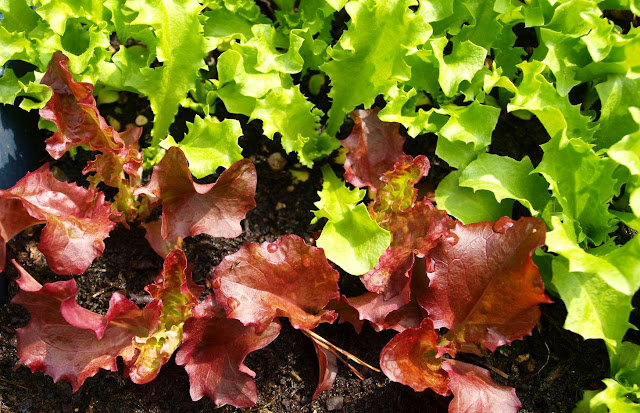 Another salad ingredient of which I am very fond is Rocket (or Aragula). It lives up to its name well, since it grows exceptionally fast. You can eat it at the microgreens stage, or leave it to mature fully. We like it on a "Soho" pizza (specially designed for the Sloane Rangers...) As you can see, it is not necessary to devote a huge space to growing this crop - a recyled supermarket fruit container will allow you produce a viable quantity. Just keep sowing it at frequent intervals! 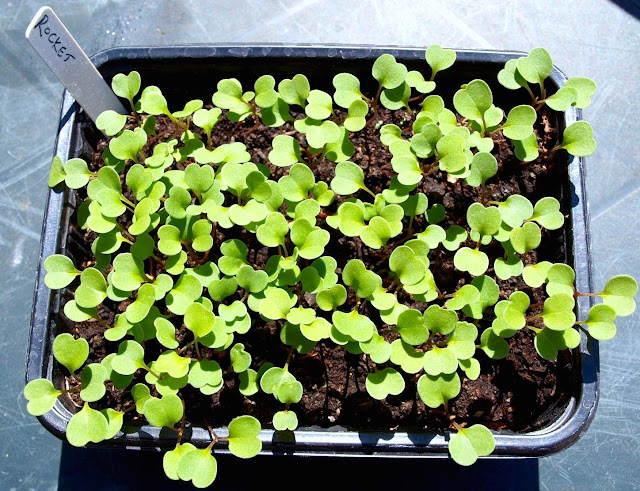 These are young Flower Sprouts - "Petit Posy". Apparently they are a cross between Curly Kale and Brussels Sprouts. These things are brand new ("The first new vegetable in 10 years"...), so I have no idea how they will turn out, but I'm hoping that they will give me a nice late Autumn crop, at a time when little else is available. I will transplant them soon and grow them on in individual pots and plant them out into their final growing positions in a couple of months' time. 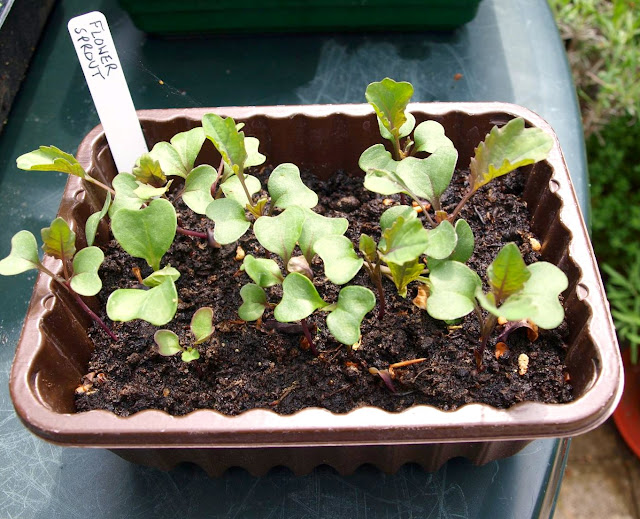 ﻿This is the next batch of Land Cress. It grows much more slowly than most salads, so you have to be patient. I grew this lot from seed, and I have progressively thinned it until I am left with 12 plants, which is all I require. 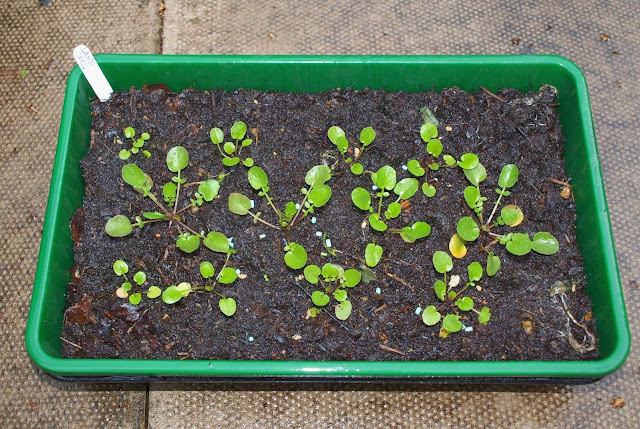 Land Cress does not require running water as Watercress does, but it does enjoy very moist soil. Growing seedlings in shallow seeds trays that dry our rapidly on sunny days can be a bit risky, so I have devised a way of keeping the young seedlings well-watered. Their seed-tray (which has drainage holes in its base) is perched atop another seed-tray without drainage holes, which is filled with water, acting as a reservoir. 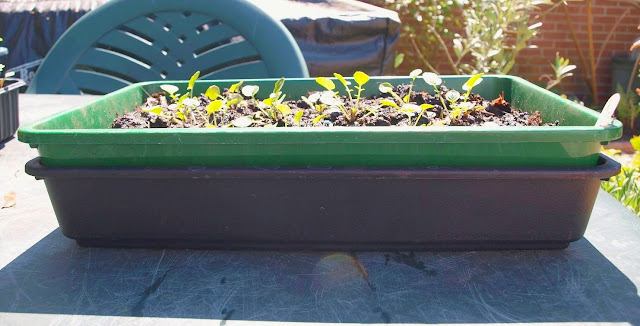 I'm currently thinking about sowing seeds for Cavolo Nero and Sprouting Broccoli, but I'm off on holiday shortly, so I think I will wait until I return. Little tiny seedlings require careful supervision ,and it's not fair to ask a friend to provide this. Our good friend Rosemary will be doing some watering for me, but she has enough to do in her own garden at this time of year without needing to be supervising seedlings for me!
Posted by Mark Willis at 17:30