My climbing beans have been planted now. I have provided them with a support frame made of 8-foot bamboo canes, held together with plastic clips specially designed for this task (a couple of pounds well spent in my opinion - saves ages of pfaffing about and lots of stretching up aboves one's head trying to tie knots in string!). 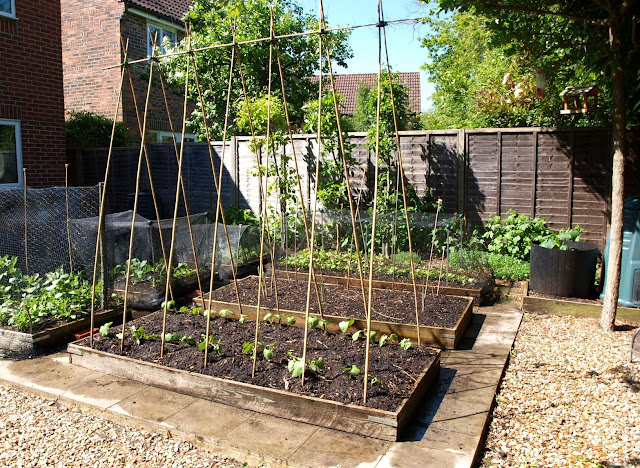 According to most experts, I should have planted one bean per cane, but I haven't. I have planted two per cane. This is simply because I am greedy! I have climbing beans of 7 different varieties, and I didn't think that two of each was enough. (You will see that I put up seven pairs of poles). In theory, the bean plants will be much smaller because they will be very crowded, but I'm prepared to take a chance on it. If I look after them (and I will), they will probably be just fine. 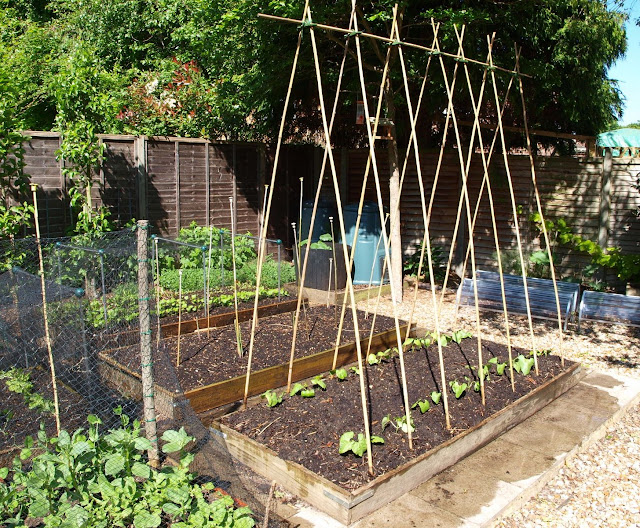 The plants themselves are not looking very good, unfortunately. Many of the leaves are ragged, torn and dry at the edges. This is because over the last few days they have had a real battering from the sustained strong winds we have been experiencing. If I had had somewhere where I could have put them under cover, I would have done so, but regrettably there was "no room at the inn"... 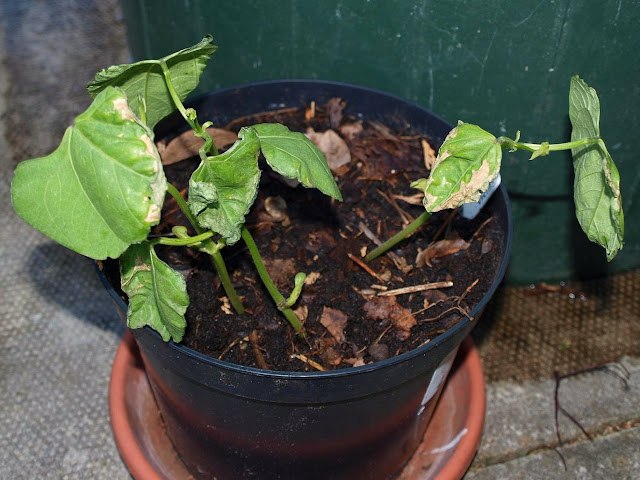 I hope they will recover when the wind dies down (if it ever does!), but I have kept all the spare plants just in case I have to replace some casualties.  I think I may also sow a few more seeds, just in case. Remember the Umbrella Principle??

I have resorted to some desperate measures in order to reduce the wind damage. If only I had thought about this earlier... those cloches have been sitting idle down by the back fence for the last 10 days, and I could have put my bean plants underneath them. [And this next photo just confirms the fact that I need a fourth one.] 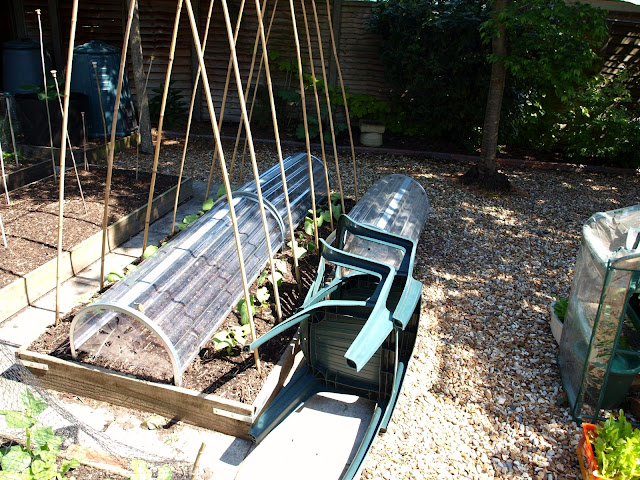 The bright sunshine is deceptive. It makes things look like Summer, but that wind is a killer! The cloches will not fit OVER the bean plants (because of the poles), but maybe they will divert some of the wind.

Just in case I forget (and I probably will), the dark-coloured Borlotto beans are at both ends of each row.

I have also got seeds for two different varieties of Dwarf Bean, but I have not sown them yet. Mid- to Late-May sounds like a good time for that...
Posted by Mark Willis at 17:30