The veggies in my garden are all coming on very rapidly now, and embryonic pods and fruits are appearing all over the place...

The Marrow looks very promising, especially since the male and female flowers seem to have co-ordinated their arrival (which is unusual this early in the year). You often get a string of male flowers followed by a string of female ones, without an overlap, which of course means no pollination. In this picture you can see the tiny fruit behind the big showy female flower, which is surrounded by a clutch of eager male flowers.

I have pinched-out the growing point of the biggest of my two Cucumber plants. If you do this when the plant is quite small it puts out a number of new shoots, making it bushier (and hopefully therefore more productive.) In this picture you can see the pinched-out point on the left, and the first of the flowers with its tiny fruitlet to its right.

The Broad Beans are a mass of flowers. I hope the bees have been "doing their thing" with them... 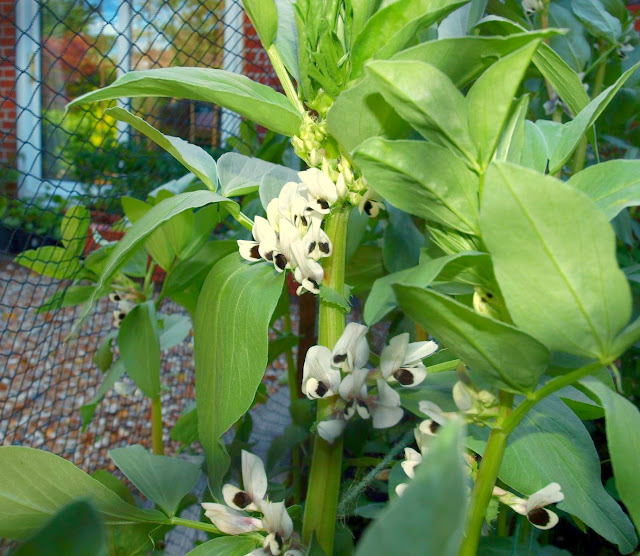 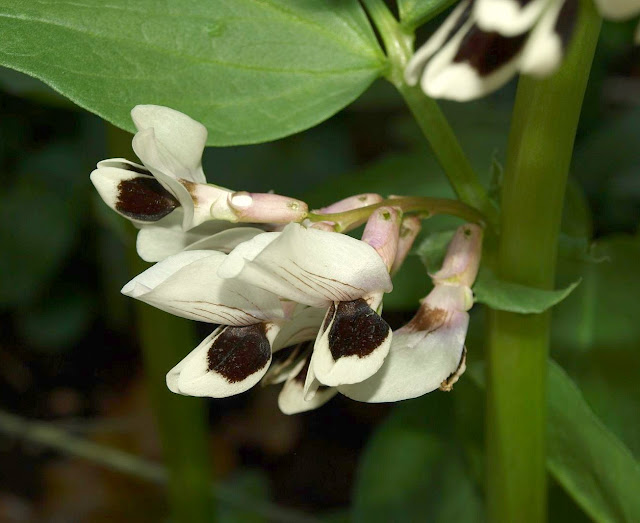 The peas are also flowering, and the first few pods are forming. Once the pods form they develop very quickly, so I expect I will be eating the first peas within a week or two. The first batch is going to be very small, since not many of the first sowing germinated. I'm confident that the second lot will be much better though. 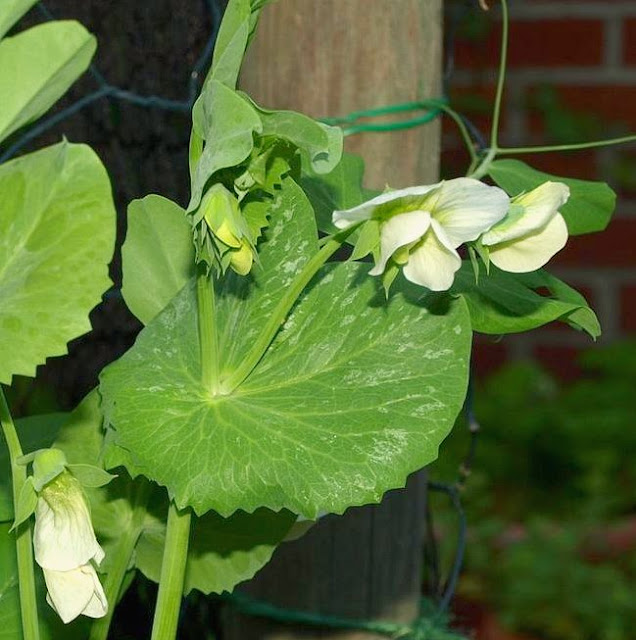 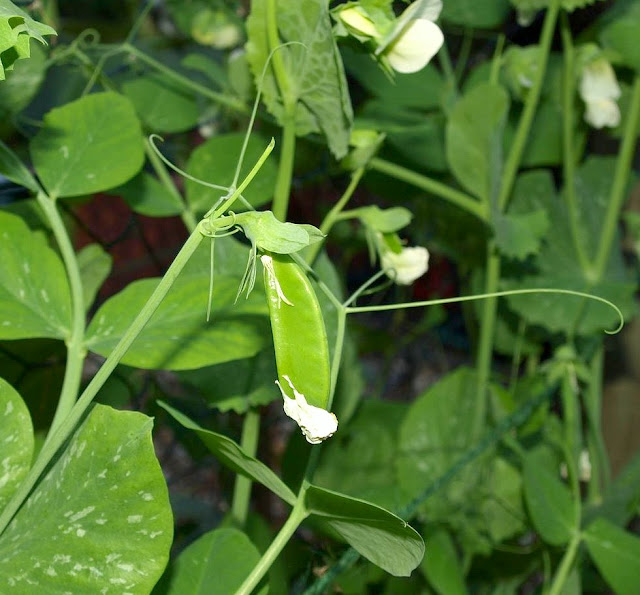 The climbing beans, having got off to a poor start with a lot of wind damage, are begining to pick up, and I have tied some of their runners to the bamboo poles to help them climb. 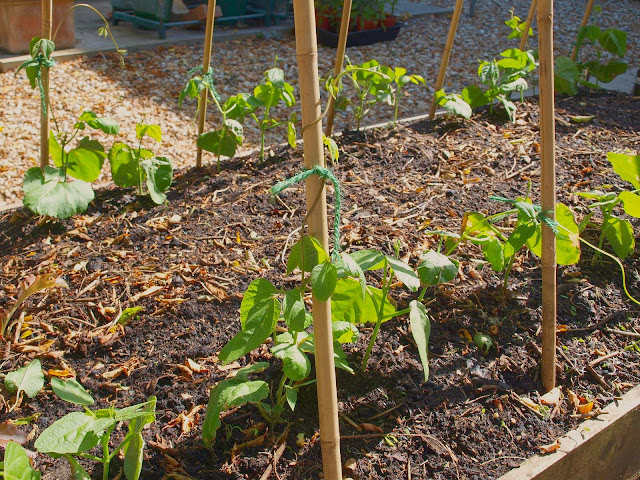 ﻿I'm hoping for a good crop of Blueberries too. Lots of berries have formed, although it will be a month or so before the first ones are ripe. One of the varieties I have is called "Earliblue" and its fruit matures in late June / early July. 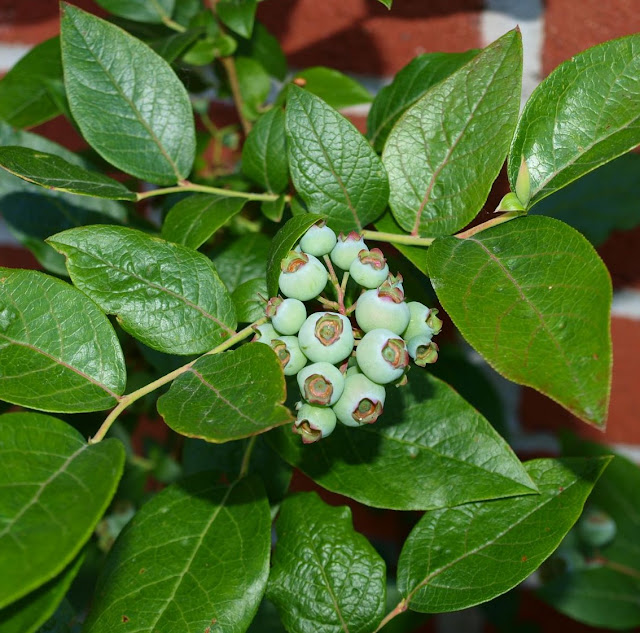 How long will it be before my first "Maskotka" tomatoes are ready, I wonder? 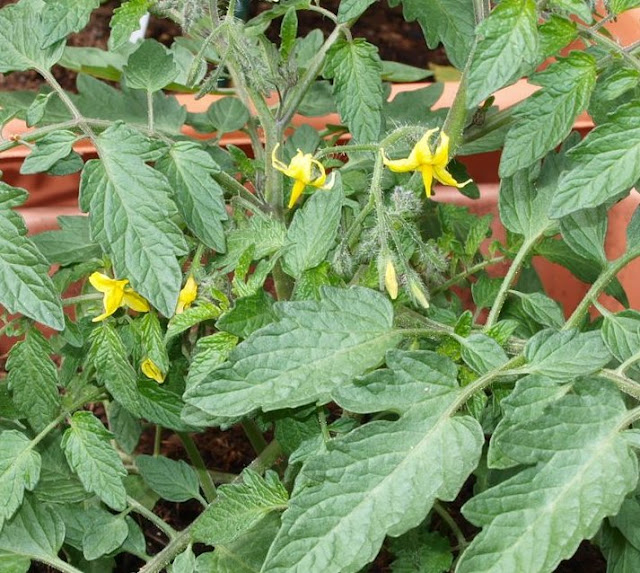