Following the recent pigeon-related near-disaster at the Courtmoor plot, I decided I had to act swiftly and decisively if I wanted to save my brassicas. I have deployed a net which I use a lot in my own garden, but which is currently not in use. I'll deal with the problem of when to reclaim it at a later date - emergencies like this have to take priority. 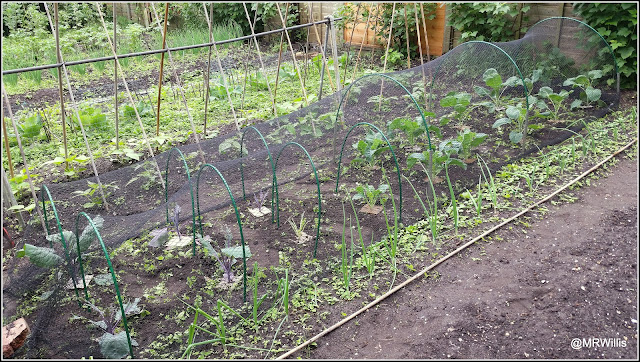 The net is of a type marketed as "anti-bird netting". It has a fairly large mesh size so it won't keep butterflies out, but it should deter the pigeons. I have supported it on some flexible plastic hoops that I acquired a few years ago, before I started buying the aluminium rods and Build-a-Ball set that I currently use. 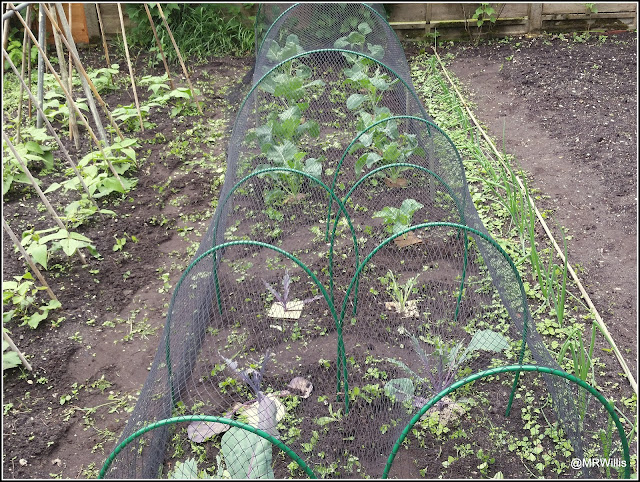 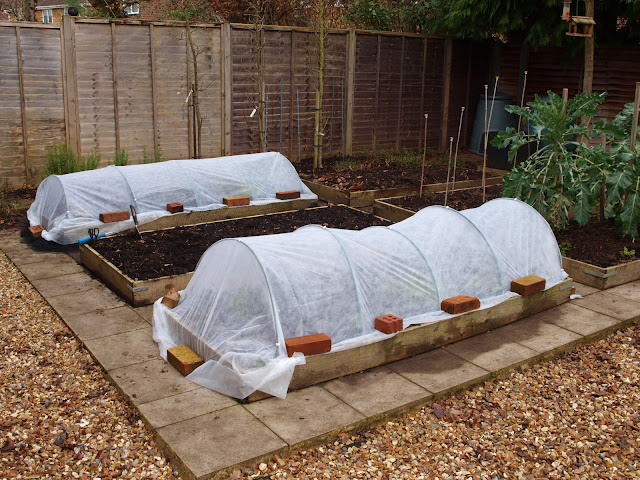 Some of the brassica plants (e.g. the Brussels sprouts) are already quite big, so I have given the hoops at one end of the net some extra height by pushing them into some of the 40cm aluminium rods. 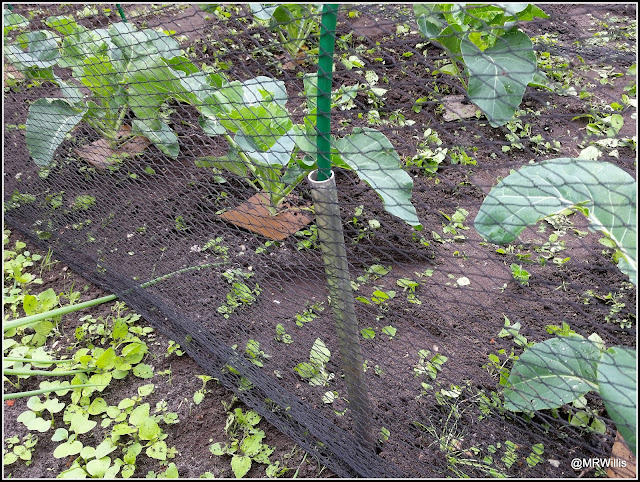 I haven't uprooted the damaged cabbage plants. I'm hoping that maybe at least some of them will survive. Is this too optimistic, do you think? 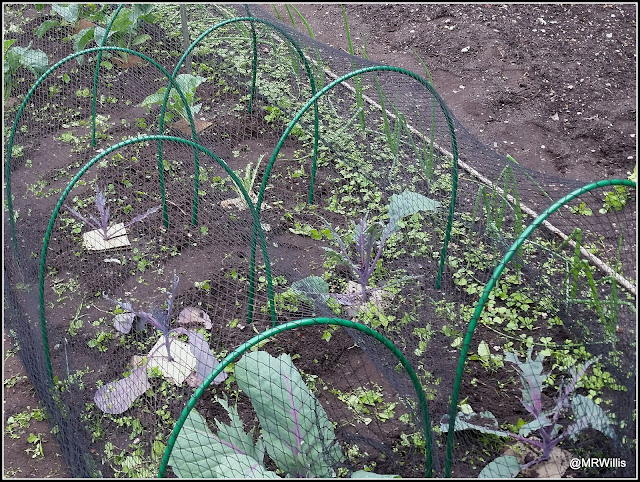 So, maybe this is Disaster Averted - at least for now.

I would also like to record the fact that I have a new batch of brassica seedlings coming on now. 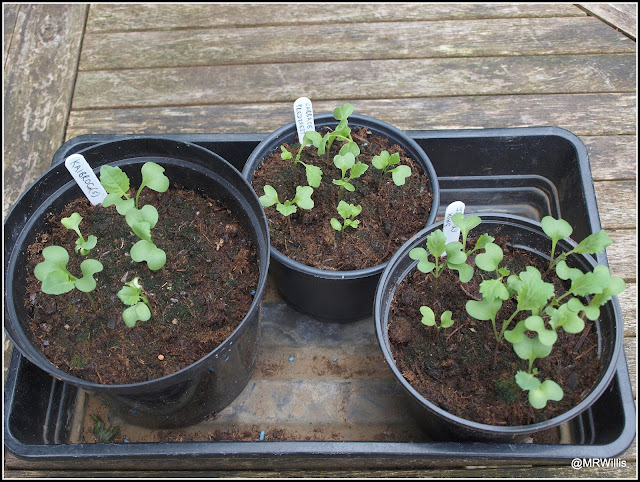 I felt that it was still not too late to sow some replacements. I have therefore sown more Kaibroc (which was wiped out by the Cabbage Root Fly), some "January King" and "Predzvest" green cabbages, and a few more of the "red Drumhead" red cabbages. In the warmer conditions they will grow pretty rapidly, I think.
Posted by Mark Willis at 12:30