Some of the potato plants up at my Courtmoor plot are showing the classic symptoms of Potato Blackleg disease - specifically "Yellowing stems, stunted growth and black rot at stem bases" (Credit: RHS)

There is no cure for this disease, which appears rapidly and without warning. All you can do is pull up and discard the affected plants to stop the disease spreading. Fortunately, only 2 of my plants appear to be infected so far - one "Jazzy" and one "Sarpo Una", but I'm mentally prepared for further casualties.


On a brighter note, many of the other potato plants look fine, if a little small by the standards of the ones in containers back at my home garden. These are "Maris Piper" - a Maincrop variety, so hopefully they will get bigger. 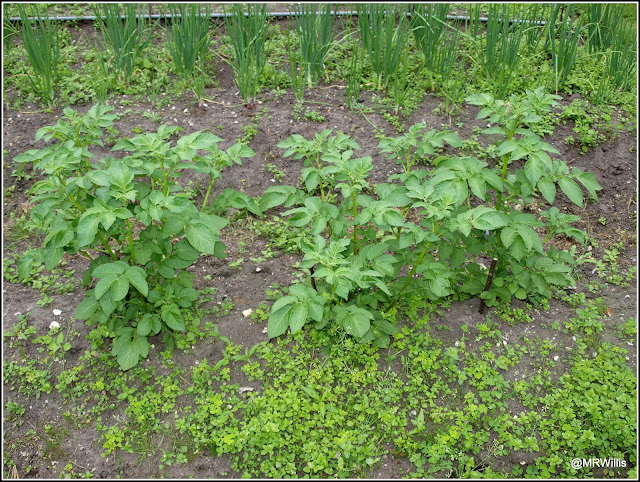 I think all of the potatoes on the plot are suffering from lack of moisture. It's easy enough for me to water the ones in containers in my own garden, but the ones in open soil are a different matter. I have watered them with a hosepipe a couple of times, but this is no substitute for a proper soaking of rain. It keeps the plants alive, but doesn't allow them to thrive.

As you can see from the photo above, the weeds are managing to grow well enough, despite the lack of rain. I have done a bit of weeding every time I visit the plot, but it's a never-ending battle to keep them in check. In the next photo you can see some "work in progress". I was working my way along one of the rows of potatoes, removing weeds and then earthing-up the spuds before moving on. 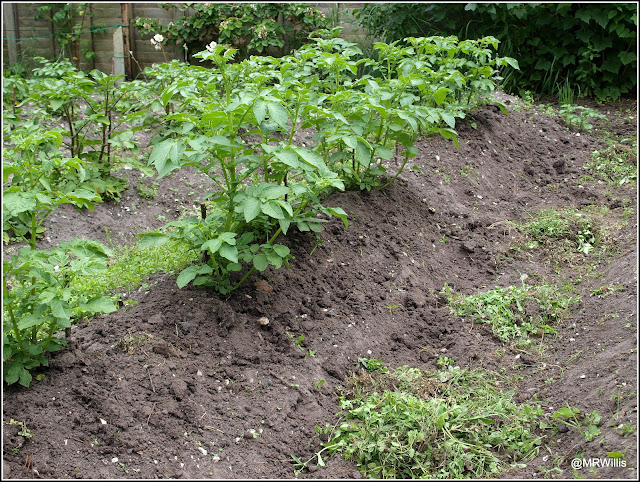 The most promising-looking potatoes are the red-skinned ones, "Setanta" and "Desiree". This row has five plants of each, but the annoying thing is that I can't remember which ones are where! 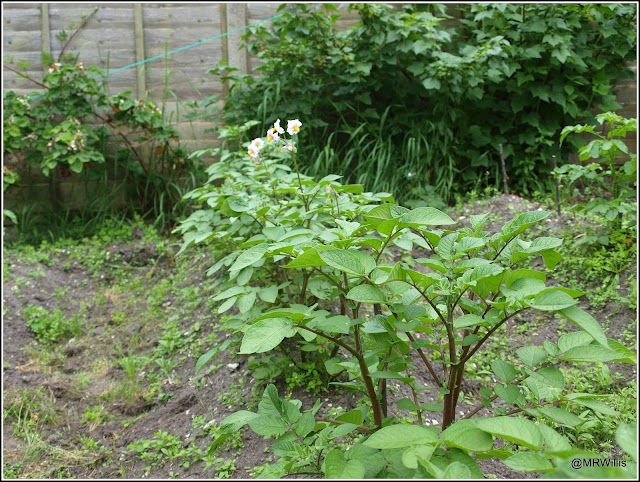 Both varieties produce similar-looking flowers, so I can't tell you which one this is. 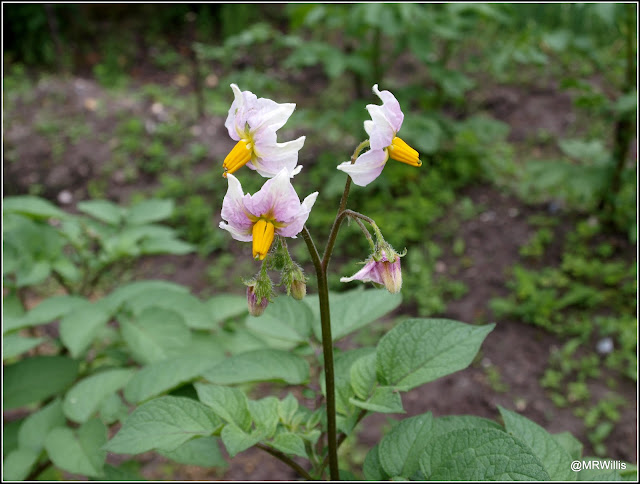 All I can say is that the presence of flowers on a potato plant is normally taken to indicate approaching maturity, so to see either of these Maincrops flowering now is a bit odd, considering that I have not yet lifted even my First Earlies! I think that early flowering can be caused by lack of moisture, and this in turn is likely to mean a small crop this year, because the tubers won't have had much time to swell.
Posted by Mark Willis at 12:30