Squeezing in a few more plants

I'm sure many gardeners will empathise with this: whenever I say to myself "my plot is FULL now", I realise that there is just one more thing I want to plant...

I recently planted my tomato plants in their big containers (in my home garden), but if you have been following me for a while you will know that I always have some spares left over, just in case of casualties, so this presents a problem - or an opportunity. I could give away the spares (indeed I have already given away quite a few), but then if only I had some space I could grow a few more for myself. You get the picture? This of course is where the Courtmoor Avenue garden comes in. I knew I could squeeze in a few plants up there. I decided not to overdo it, but to plant just four more. They are one more "Mountain Magic" (chosen for its high blight-resistance) and three more of the Dwarf varieties from Craig LeHoullier (chosen for their rarity value, and the fact that being shorter they will be less vulnerable to damage).

First to go in was the "Mountain Magic" - not before time either. You can see that it had developed a pretty comprehensive root-system, and would not have survived for much longer in its little 6-in pot. 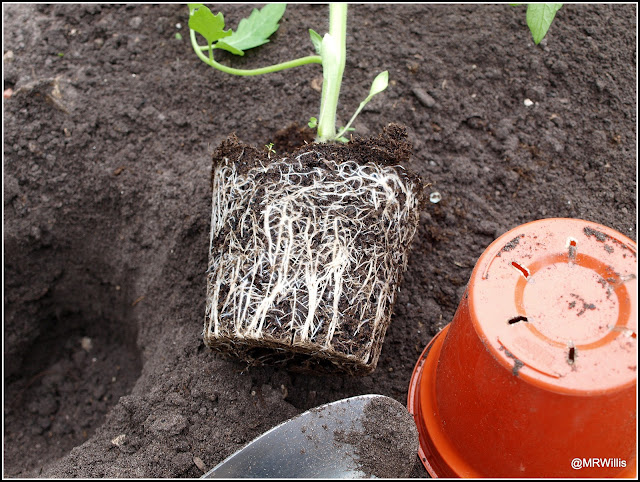 I hammered in a 5-foot wooden pole to provide support, and dug a fairly deep hole a few inches from it for the tomato plant to go in, burying it up to the level of the first leaf. 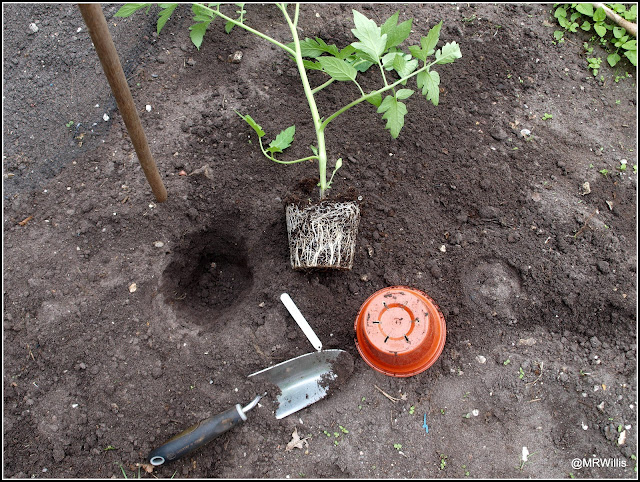 After planting, I tied the plant loosely to the pole with some soft green string. Here you can see its position - next to the Dwarf French Beans I planted just a couple of days ago. I think there will still be enough room for a few more beans when the next lot are ready to go in! 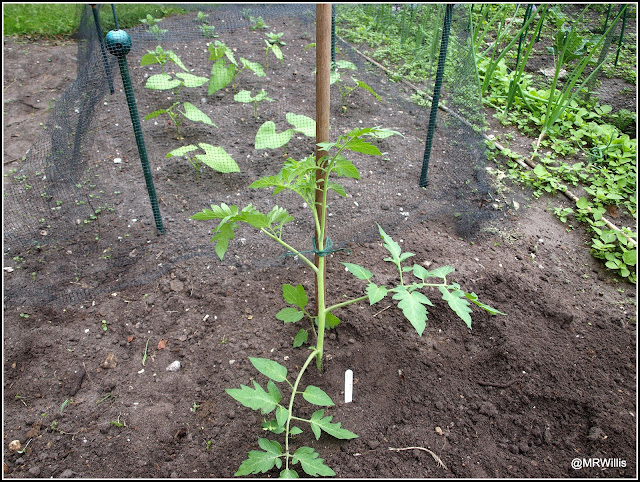 I have put the three Dwarf tomato plants in amongst the Squashes. 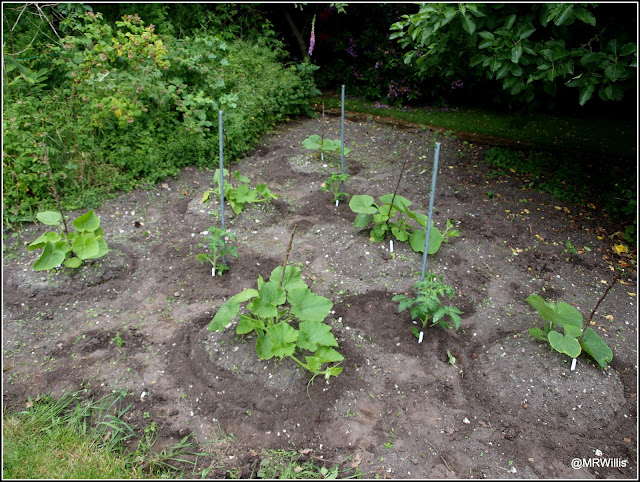 Dipping once again into my hoard of "useful stuff", I have given each of the plants a metal pole for support. In a former life these were the arms of a rotary clothes-drier! They are only about 4 feet long, but they should be tall enough for the Dwarf tomatoes. 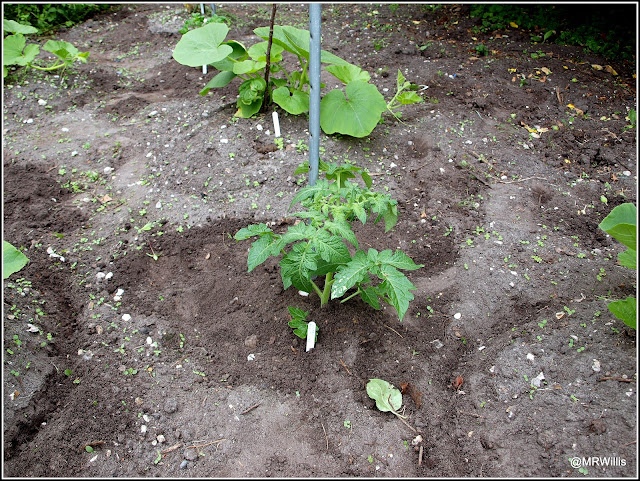 Of course I'll keep saying to myself "These are only spares that would otherwise have been discarded, so it doesn't matter if they don't do well", but equally, now that they are officially part of the "inventory", I will do my best to make sure they are properly looked after, hoping that they will reward me with a nice crop in due course.

Right, now the plot is officially FULL. Actually, no, it's not - there is that little vacant space next to the "Mountain Magic" tomato. It's earmarked for more beans, but you never know...
Posted by Mark Willis at 12:30