I haven't mentioned my chilli plants for a while, so here's an update.

I have reduced the number of plants, by giving away a few to friends, and I have "promoted" the best ones to much bigger (10-inch) pots. 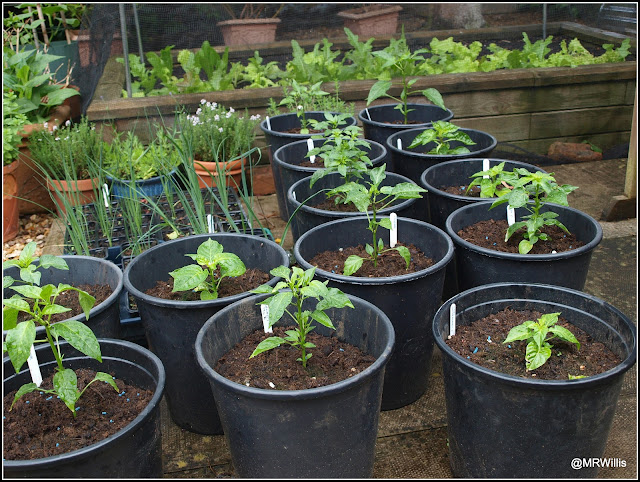 Having been so pleased with the Sweet Chilli Sauce we made last year, this year I am actually treating my chillis as a crop, rather than as just a curiosity, so I have four "Cayenne" plants as my main croppers (this is, in my experience, a very reliable type which produces a decent yield of fruit of the right level of heat), alongside one each of *about* ten other varieties. The Cayennes are about 8 - 10 inches tall at present.

I'm being a bit vague about the overall total of plants I am growing, because many of the less-promising ones have bucked-up a lot recently, and it seems a shame to discard them. For example, look at this:


It's a "Fish" plant. I had 2 of those, and that was by far the smaller one. Until recently it was definitely marked for probable disposal, because its sibling was much bigger and apparently much healthier. However, the big one has very little of the variegated marking on the leaves that is such a distinctive feature of the "Fish" variety, whilst the smaller one has a lot more.

To further complicate things, I have five plants that successfully survived the Winter. Two of them ("Aji Limon" and "Aji Benito") have looked strong all along, but the other three looked very unpromising. Except that they are all now (albeit rather slowly) bursting into new leaf.

This will probably be my first new chilli fruit of 2018, an "Aji Benito". Tiny at present, but hopefully not for much longer. 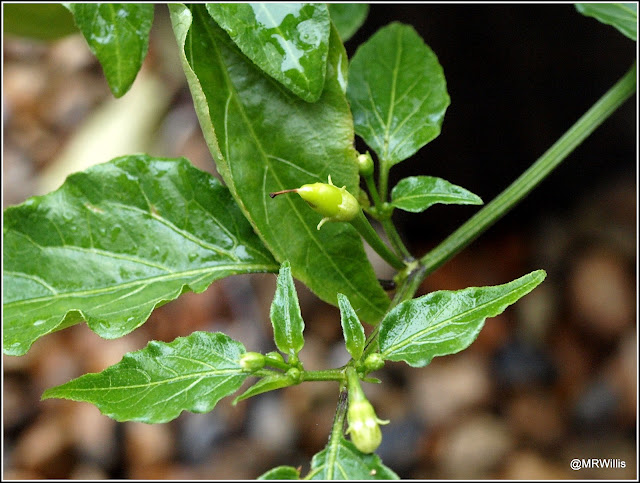