A time of 'potential'

Right now, my garden is full of young fruit and vegetables, growing rapidly. Apart from Broad Beans and the usual herbs, there is not much I can pick just yet, but lots of the plants are looking promising.

Several of the chilli plants are setting their first fruits - like this "Golden Cayenne". 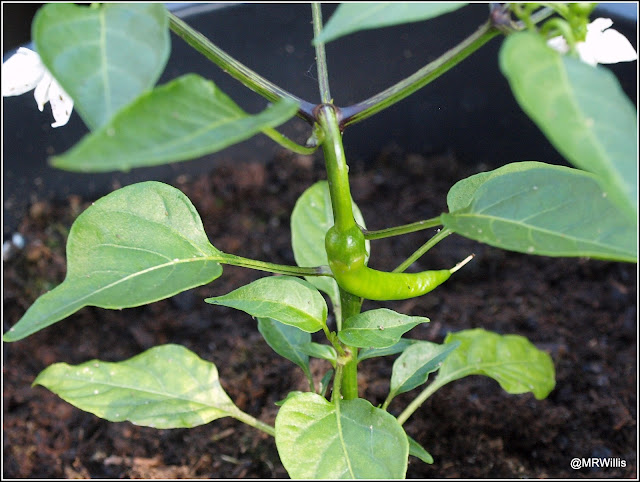 I have now arranged my chillis (in their 10-inch pots) in their usual position, next to the raised beds: 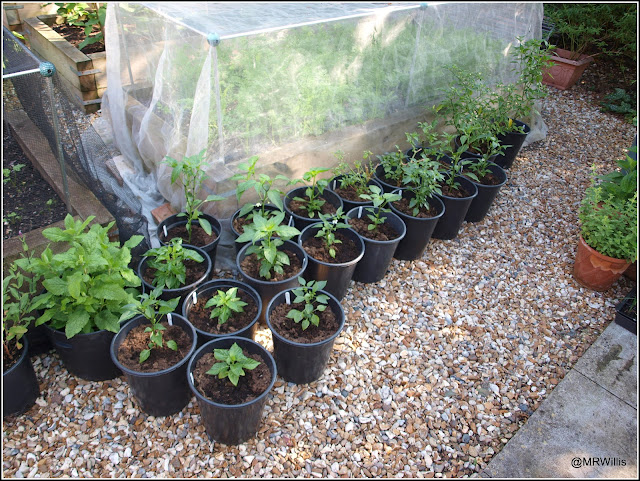 Nearby, my four cucumber plants are growing away strongly: 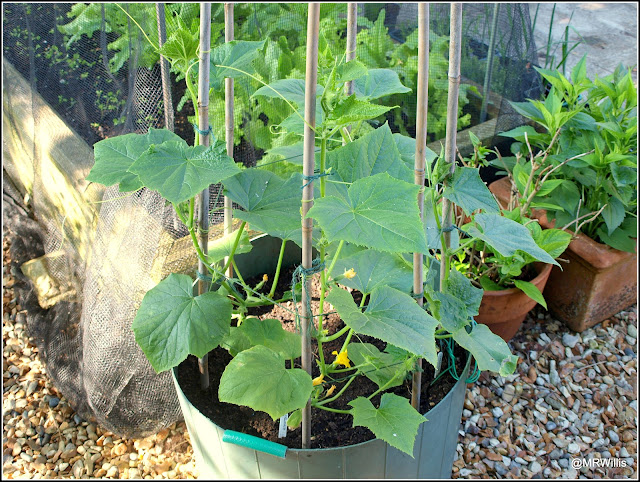 The first little embryonic fruits are appearing too: 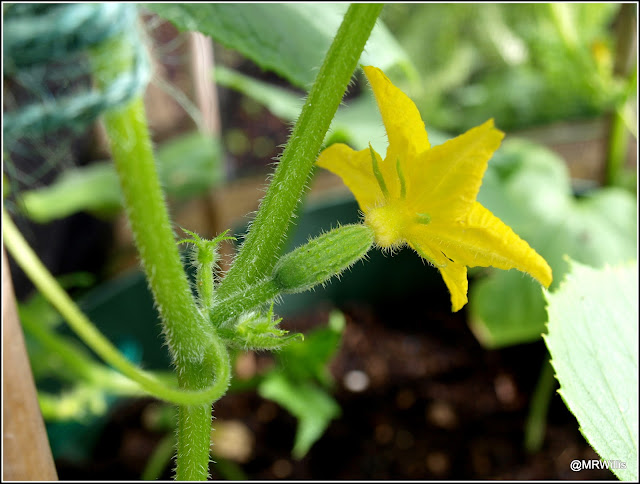 The tomato plants (reduced now to 18 in my garden with 4 more at Courtmoor Avenue) are looking OK, though some of them are showing that distortion of the leaves which so characteristic of the weedkiller poisoning that struck me some years back. This problem is getting less severe each year, but there is evidently still some residual contamination in my homemade compost. 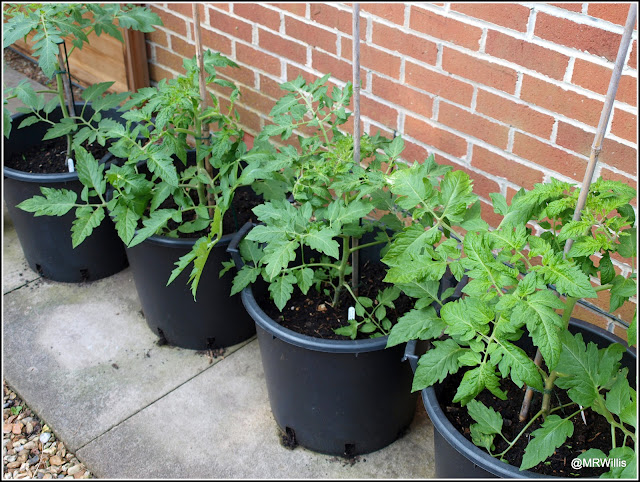 The first tomato plants to produce flowers are the "Maskotka" ones: 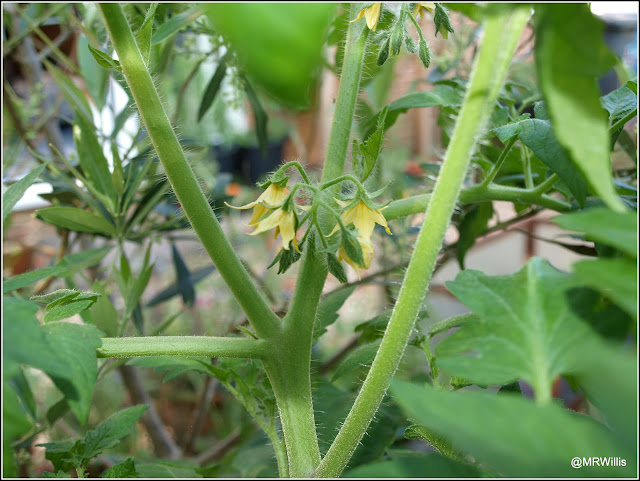 As I mentioned at the start, the Broad Beans are cropping now. With only 20 plants, I'm never going to have a glut, but they are lovely beans and having them just outside your back door means that you can harvest them as and when you need them, at the peak of condition and absolutely fresh. 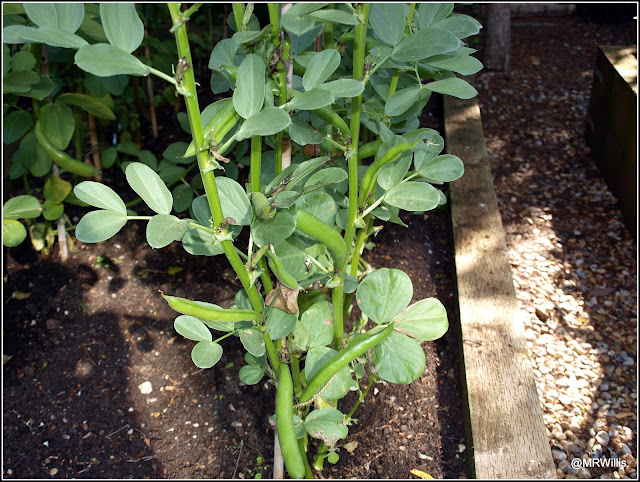 The Runner Bean plants have reached the tops of their supports, and are now putting out their first flowers, so hopefully I'll be picking some pods by about the end of the month. 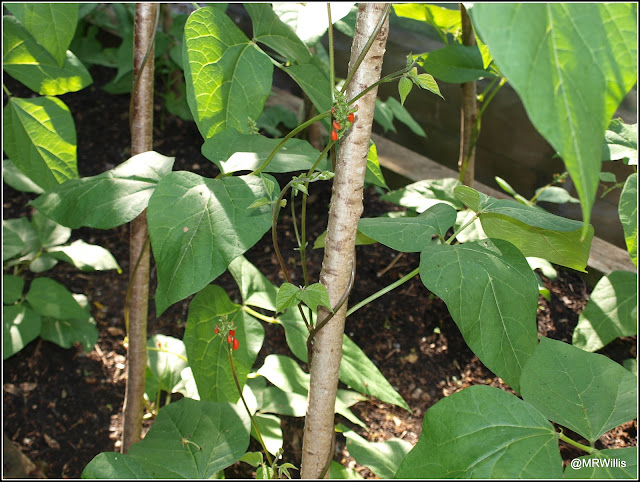 Even the Parsnips have finally decided to grow! Most of what you can see in my photo are ones from the second sowing, with just one or two (I think literally 5) from the first sowing. 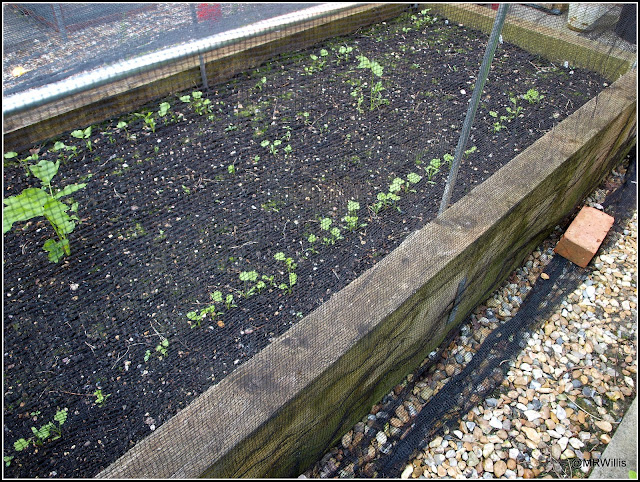 Within the next few days I expect to be harvesting some First Early potatoes. The foliage on these "Annabelle" ones is definitely dying down now, indicating that they are just about ready: 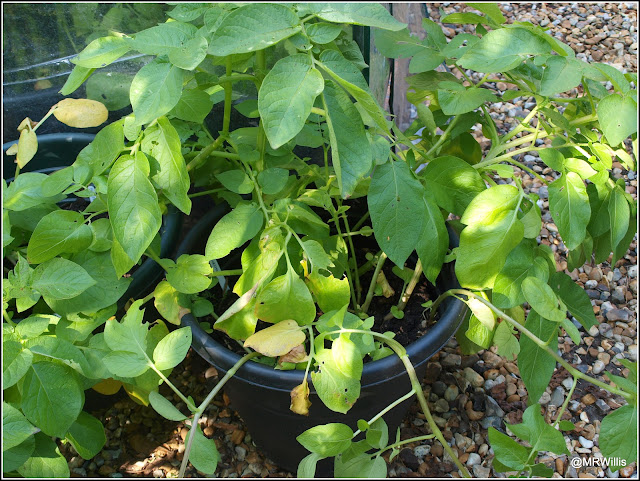 I don't think I have mentioned these before - "Finger" carrots, sown in a large flowerpot: 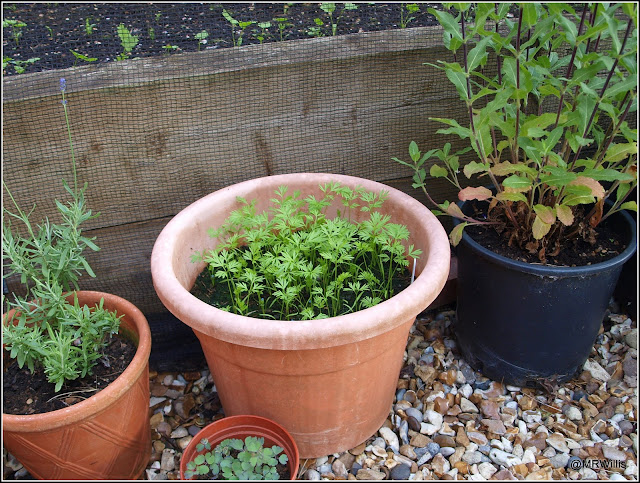 Again, a pot like this is never going to produce a huge yield, but even a few of the slim crunchy roots of these "Amsterdam II Solo" will make a fabulous addition to a salad, or a pre-dinner Nibble. If you are planning to grow carrots like this, just remember that they do make long roots, so choose a pot at least 20cm deep.

As well as the vegetables, I also have some apples and pears forming:

I'm particularly proud of this little chap - which is probably going to be my "Bramley" tree's first-ever fruit.


Planning ahead for the future, I have several more trays of young plants awaiting their turn. I have Chicories, Lettuce, Aztec Broccoli (aka Huauzontle) and several types of brassica. 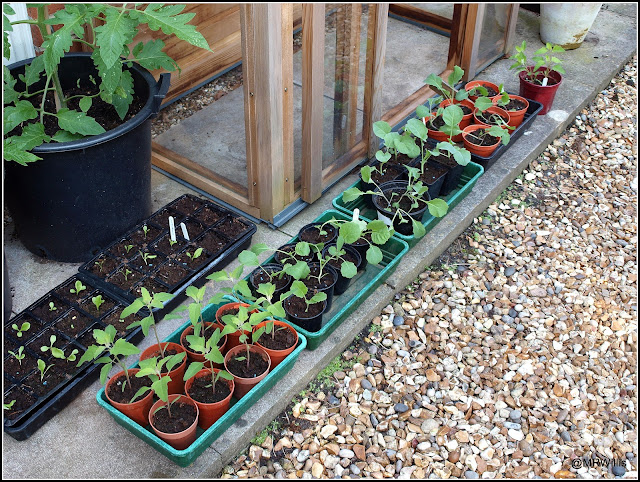 I'm going to finish today's post with a little tip. I have been keeping a pot with six Runner Bean plants in it, as spares in case of casualties. They had got very tall - the leader shoots were probably about 3 feet long - so I have prolonged their usefulness to me by cutting out those shoots. 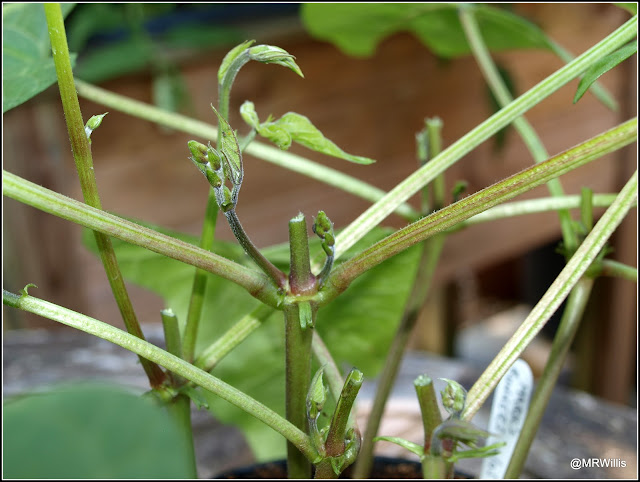 The plants will continue to grow, and the side-shoots will now take over the lead. Within a week or ten days they will also reach about 3 feet, but by that time I will definitely know whether any of them are needed in their intended role. If not, I'm afraid they will end up in the compost bin.
Posted by Mark Willis at 15:00