The Courtmoor plot in mid-June

Well, it wasn't long ago that I was saying "In a few weeks' time this bare soil will be covered in green." Of course my prophecy has come true - if only because about half of the green is weeds! This is what the plot looks like now: 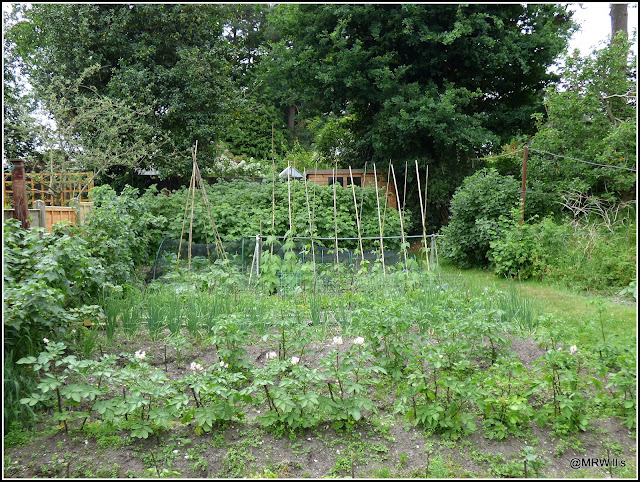 In the foreground are my potatoes, which are a definite case of "You win some, you lose some". There have unfortunately been more losses to Blackleg disease, but at least these "Desiree" and "Setanta" plants are looking OK. 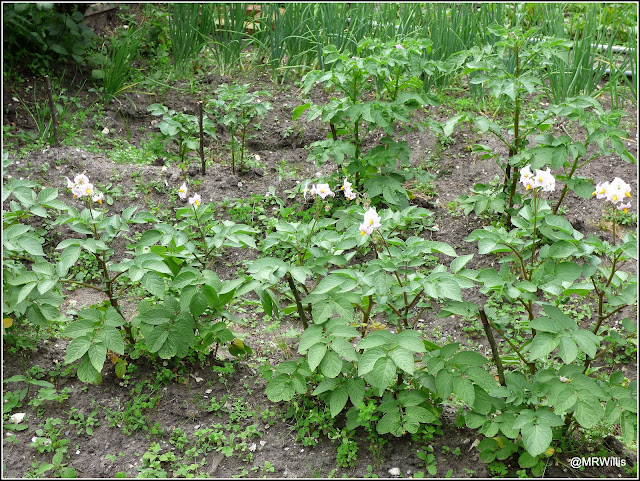 This side of the potatoes, and not visible in the first photo are the Broad Beans, many of which are reaching maturity right now. 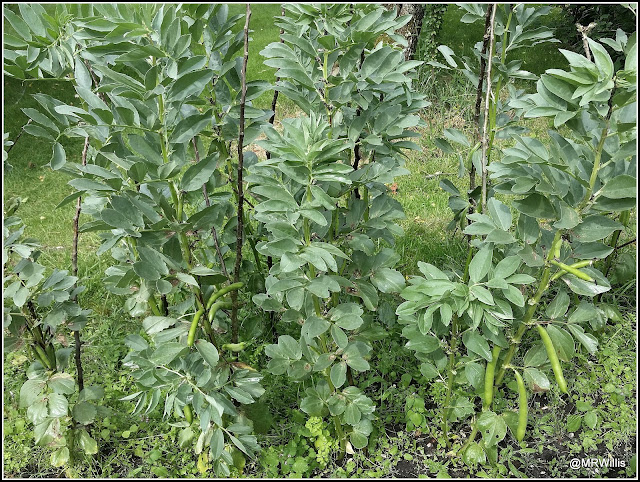 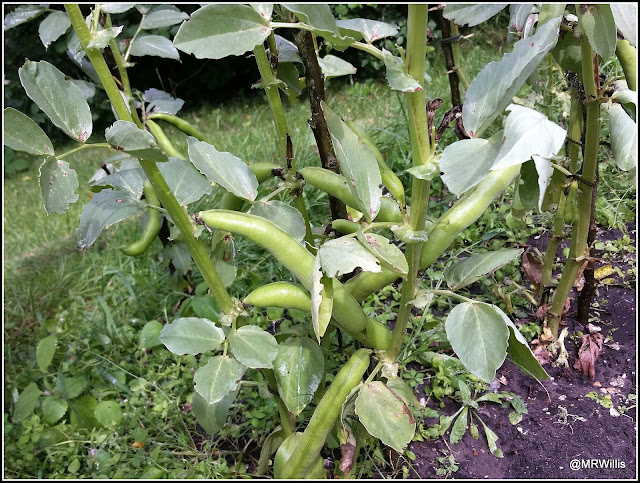 Beyond the potatoes are some shallots and onions. They look pretty good to me - though I expect some more rain would be very beneficial to them. 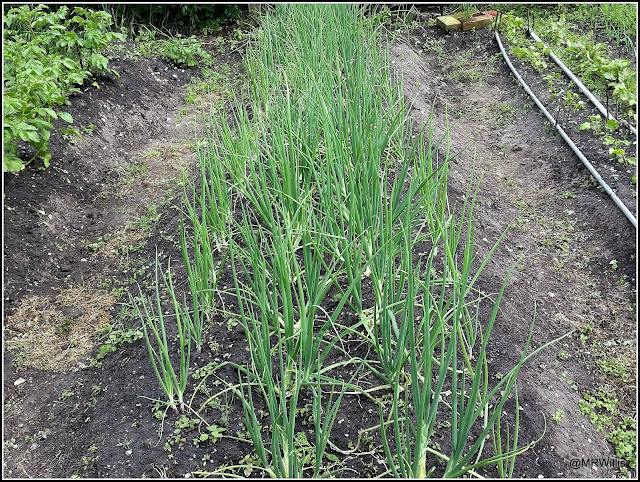 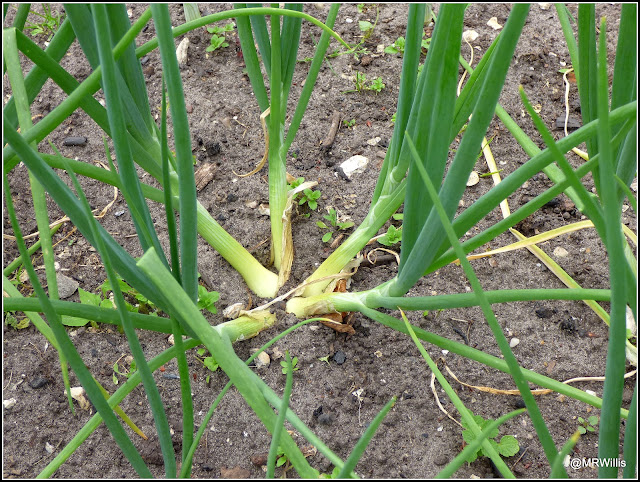 Beyond the onions I have parsnips, beetroot, leeks and green cabbage.


The germination rate of the parsnips was very poor; indeed a stretch of about a metre at the near end was completely bare, so I have recently given up on it and sown a few radishes in it, just to make use of the space.

Germination of the beetroot was better, though still patchy (I think the foxes may have "re-arranged" some of the seeds). However they are looking all right and some of them are just beginning to "bulb-up". I suppose I really ought to thin them out a bit more to make room... 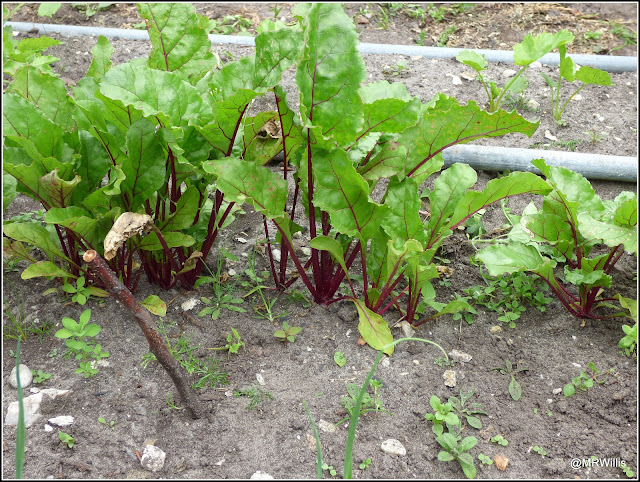 The improvised wire cages I made to protect the green cabbages proved to be ineffective, particularly since the ends were still almost completely open. The pigeons have ravaged the cabbages pretty comprehensively, and furthermore I have been unable to weed around the plants - at least, not easily. I have learned a significant lesson here: if I want to grow brassicas on this plot, they will HAVE to be netted.

The red cabbages may yet recover from the pigeon assault. They seem to be growing a fresh set of leaves, so I'll leave them alone and hope for the best. 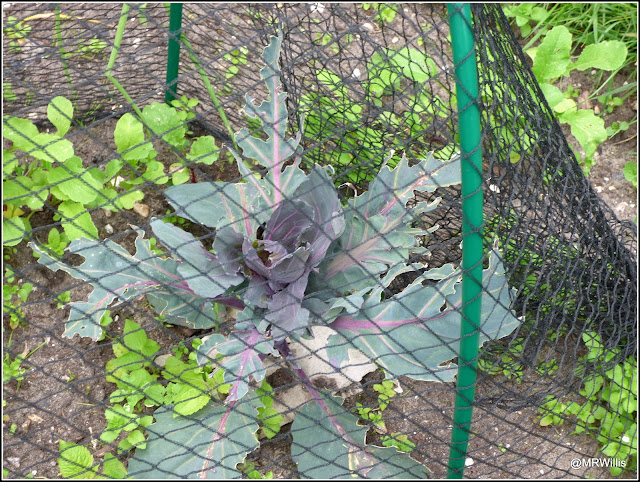 The climbing beans are looking good too. In the photo below you can see the "Cherokee Trail of Tears" ones climbing up their wigwam, and to the right the other three types on the X-shaped supports. The "Tunny beans" look particularly strong, and the "Cobra" French beans are OK, whilst the "Jean's Beans" Runners are relatively weak. I don't expect a big harvest from the latter; I just need a few good pods to help me keep this variety in existence. My main crop of Runners will come from the plants in my own home garden. 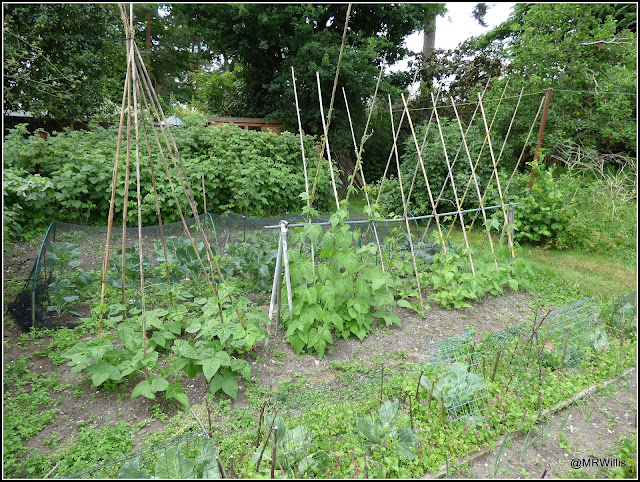 Beyond the beans are more brassicas. The recovering red cabbages, the cauliflowers and the Brussels Sprouts. I am particularly hopeful of the latter, which seem good at present.


Alongside the netted brassicas is a row of "Ailsa Craig" onions, and in between a catch-crop row of radishes. I don't think this batch of radishes will be much good as the ground is far too dry for them. They will probably bolt or at least be tough and woody! 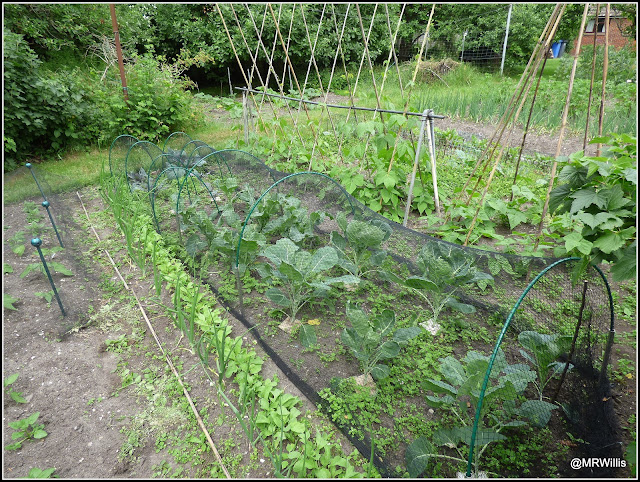 Beyond the onions are two patches each with 9 New Zealand Spinach plants, and one group of 13 Dwarf French beans. Right down at the far end is a small open space in which I plan to squeeze a few more beans. 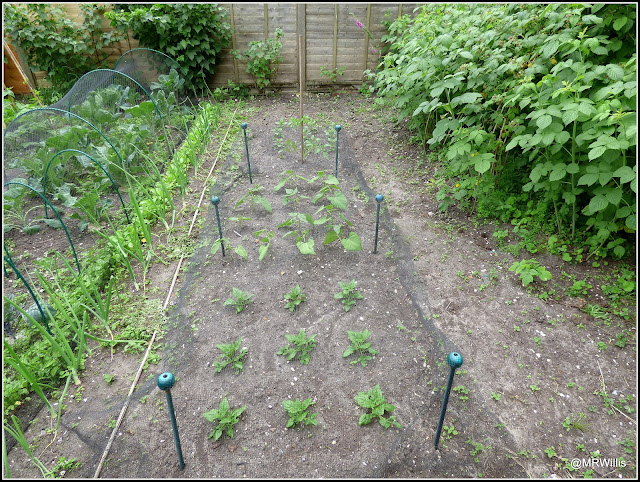 Seen on the right in the previous photo are the Raspberry canes. They are covered in immature fruits, boding well for a decent harvest - though again I bet they are desperate for a good drink. 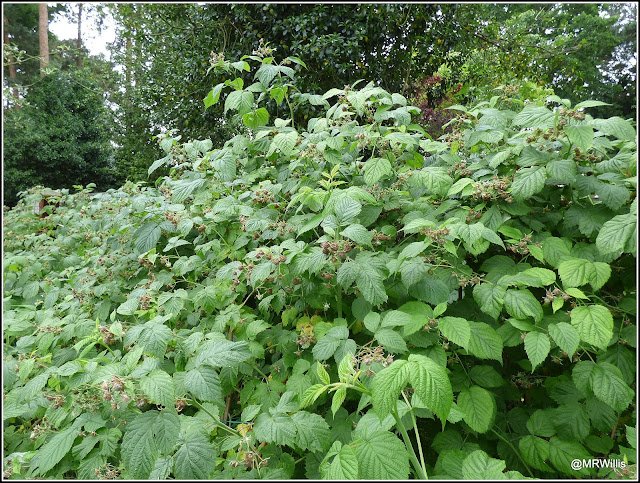 The blackcurrant bushes along the fence-line are laden with fruit too, and some of it is just beginning to turn colour. 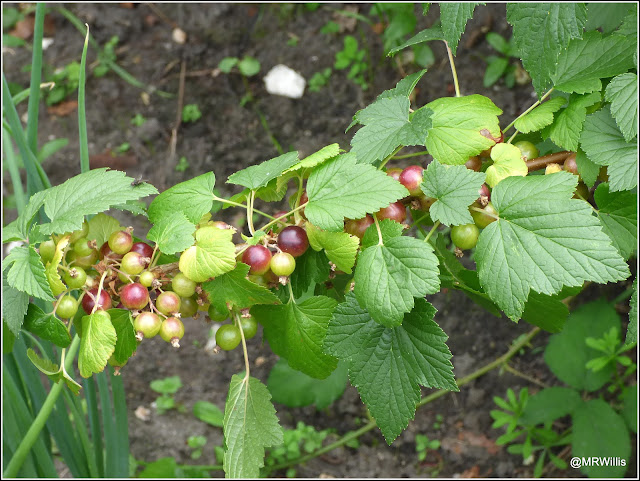 There is also one rather neglected Blackberry bush (or is it a hybrid berry of some sort?). 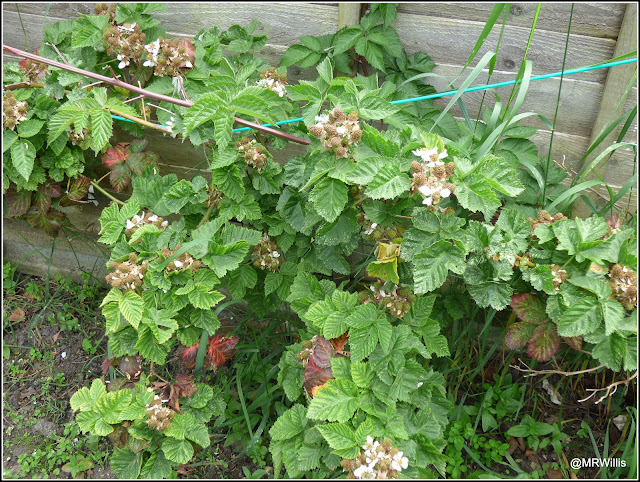 Whatever it is, it seems to have plenty of fruit on it, so this is something else to look forward to - if the birds don't strip the lot first! 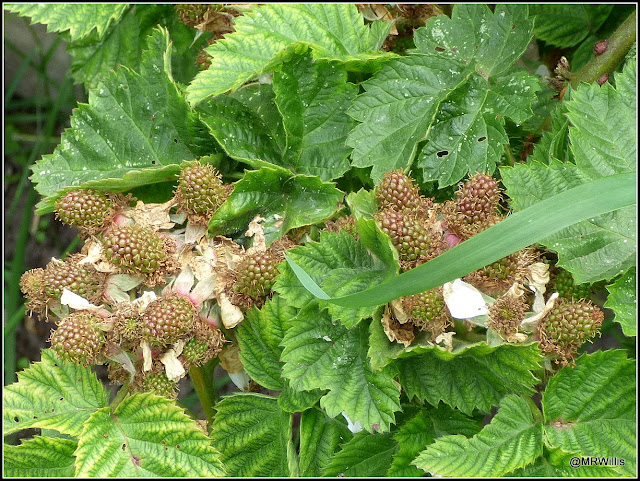 Over the other side of the grass path, the "pumpkin patch" is filling out nicely. All six of the squash plants seem healthy and some are even producing their first flowers. 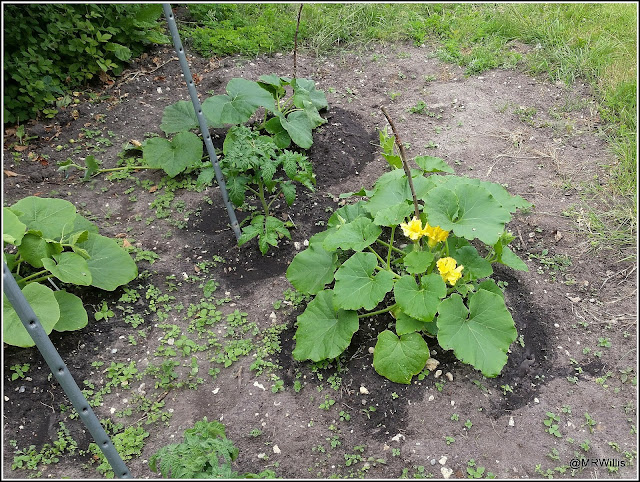 One of the "Uchiki Kuri" plants has an tiny embryonic fruit on it - or perhaps more accurately, a female flower yet to open. 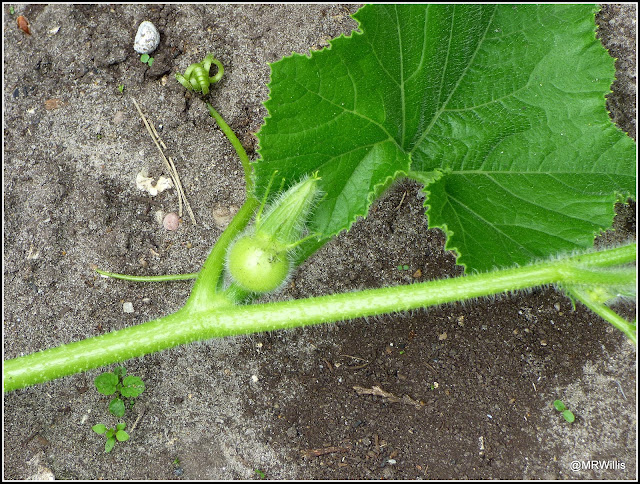 The final thing to report (though not strictly within my remit) is the state of the venerable old "Bramley" apple tree. It's laden with fruit! 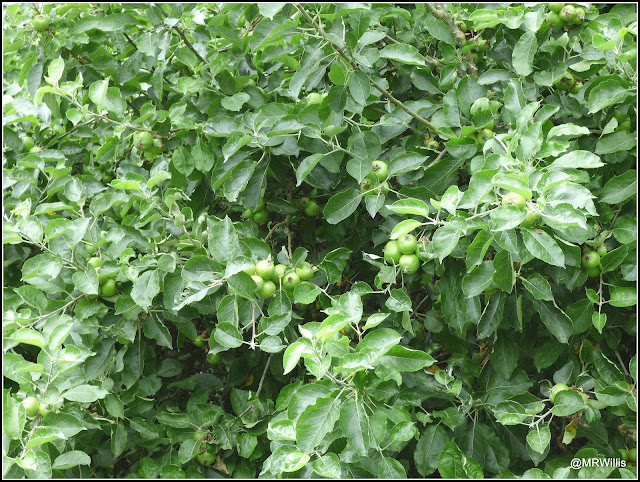 When I first became involved with this plot last Autumn, the Bramleys were, in the words of the plot-owners, "nearly over", yet there were still vast quantities of fruit available, even though most of them were windfalls since the plot-owners had been unable to harvest them before they fell. This year, I will probably "offer some assistance", if you know what I mean... 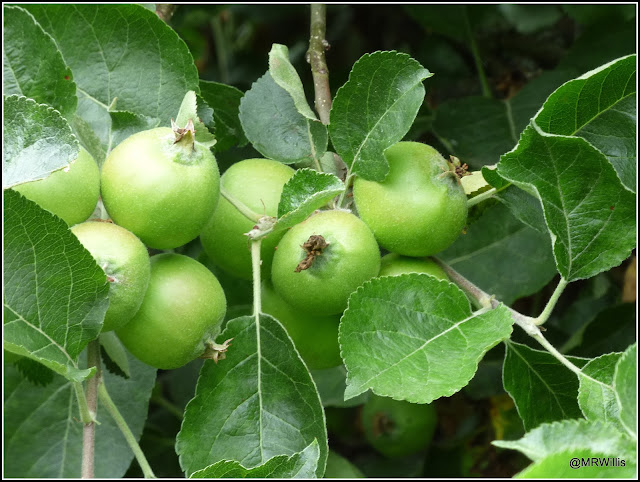