It's not all doom and gloom!

To be honest, my Courtmoor plot has suffered a bit of a setback just recently, with the pigeons moving in. Each time I visit I dread to see what mayhem they have created. You know I said the pigeons had only gone for the green cabbage, and had left the red ones untouched? Well, this happened... 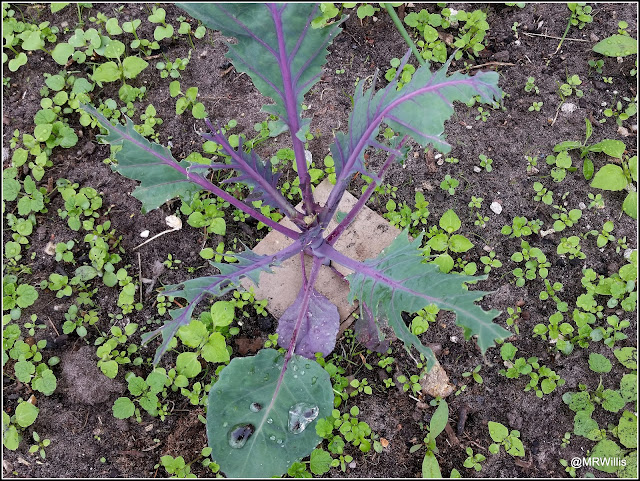 However, the value of a piece of cheap plastic netting recently fished out from the depths of the garage is amply demonstrated by this: 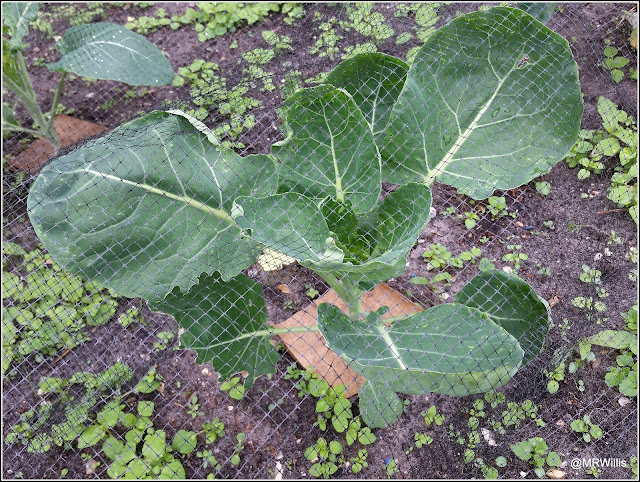 And to think that last year I gave away via Freecycle two large pieces of similar netting, which I thought I would never use again! It's the very lightweight type that can just rest on top of the veggies, without needing any staking or anything.

I suppose I have to be thankful that the pigeons don't seem to have developed a liking for beans yet. (Famous last words!)


No casualties so far amongst the beans, and they are just about to start climbing their poles.


The "Boltardy" Beetroot aren't looking too bad either. Germination was a bit patchy, with parts of the row being thinly populated and others overcrowded despite my earlier thinning. I think that I may have to do some more thinning, although I'm tempted not to disturb them any more and just let them get on with it. 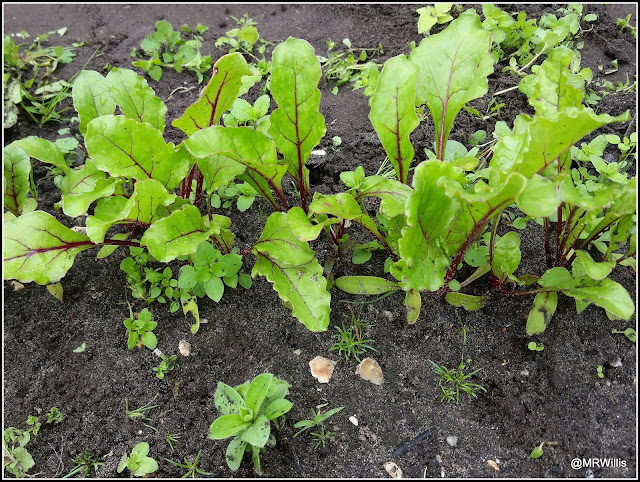 My "Pumpkin Patch" is now fully planted up with its six Winter squashes, each one sitting jauntily on its own little mound. 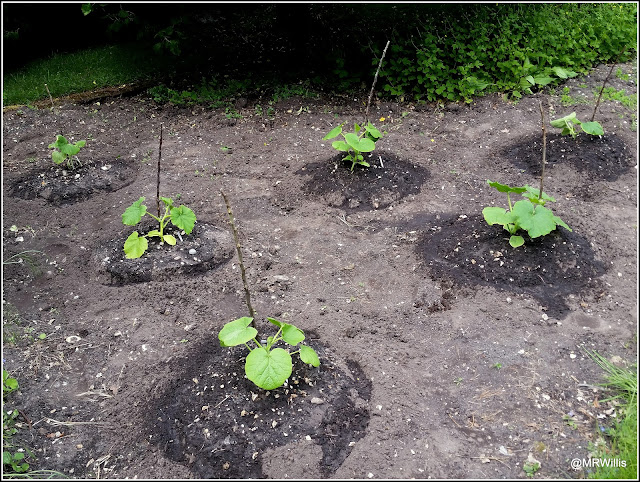 I'm willing them to grow quickly, so that they get past the stage when they are vulnerable to casual damage by the foxes - though fortunately these animals seem to be less of a problem at Courtmoor than in my own garden.


Talking of foxes, how about this lovely Digitalis (aka Foxglove) plant? I rescued and relocated it when I was weeding the Raspberry canes a couple of months ago. 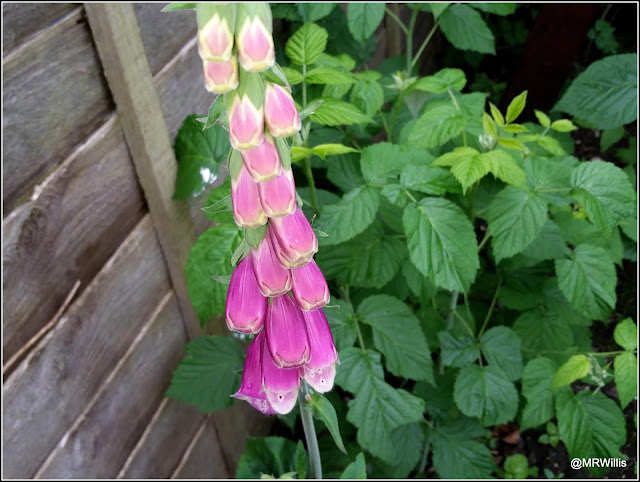 It's probably a wild or feral one, rather than a cultivated variety, but actually I like that type better - it seems more natural.
Posted by Mark Willis at 12:30