I have started lifting my container-grown potatoes, which means that the containers are being released and can be re-used for another crop.

This is the latest batch of potatoes. 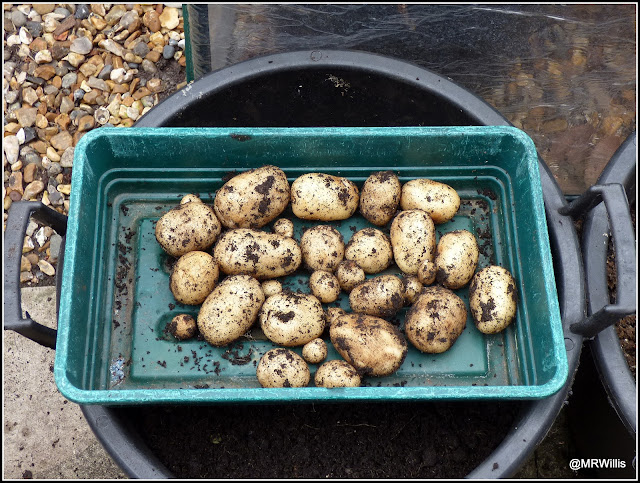 They are ones of the First Early variety "Foremost". They are some of the ones I have grown from tubers I picked out of the soil at my Courtmoor Avenue plot when I was digging it over last Autumn / Winter. If you are a regular follower of my blog you will know that I wanted to grow as many things as possible that would preserve the continuity of cultivation, and these potatoes were part of that. 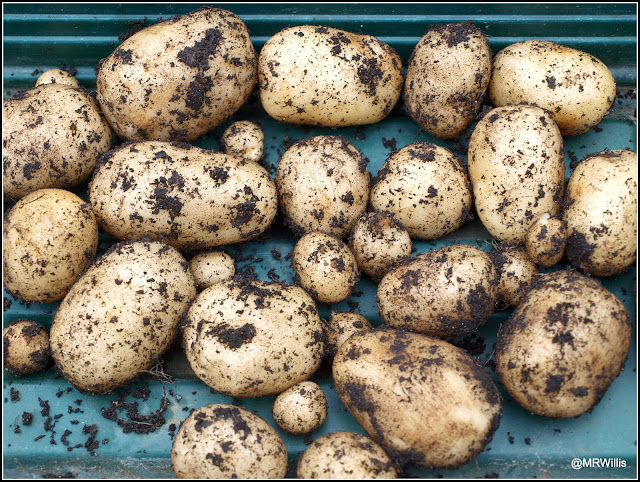 My photo shows the yield from three very tiny seed-tubers planted in one pot.

They are certainly not perfect specimens, but in the circumstances, I'm pretty pleased with them. I gave them to my "Landlady", who was thrilled to receive them - especially when I explained their provenance! 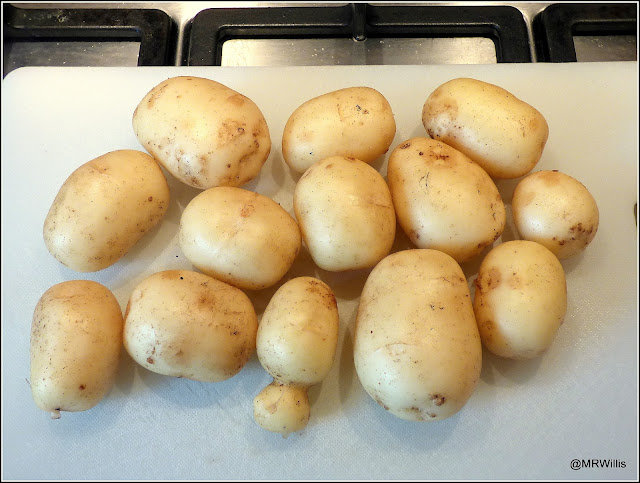 Anyway, now that some pots are becoming available again, I have been putting them to use for a second crop. I know from experience that a second crop may not perform very well, due mainly to the late planting and the fact that the nutrient levels of the compost / soil mixture will have been depleted by the potatoes, but it's still worth having a go, though it may be advisable to give the compost a boost with something.

In one of the pots I have planted two spare Kaibroc seedlings. These were from my second sowing, after the first batch was destroyed by the Cabbage Root Fly. I have some more up at Courtmoor Avenue, planted in the ground. 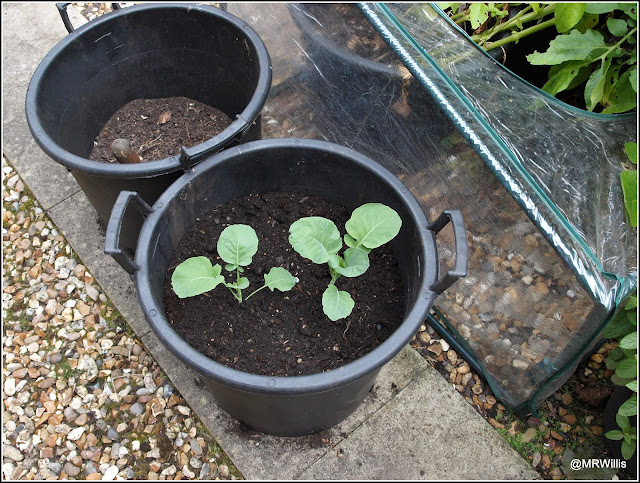 Kaibroc is a hybrid vegetable, whose parents are Chinese Broccoli (Kailaan) and the more well-known Calabrese-style broccoli. I think it will not grow very big, (certainly not as big as Purple Sprouting Broccoli!) which is why I have put two plants in the one 35-litre pot, not just one.

Into the second pot to become available I have sowed some Carrot seeds - the little "finger" type. The variety is "Amsterdam 2 Solo". It will be a while before anything is visible (assuming they DO actually germinate), but hopefully I'll get some sort of a crop before the Autumn. I have covered the container with a wire grille (a shelf from one of my plastic mini-greenhouses) to dissuade the foxes / badgers from rootling around in it. 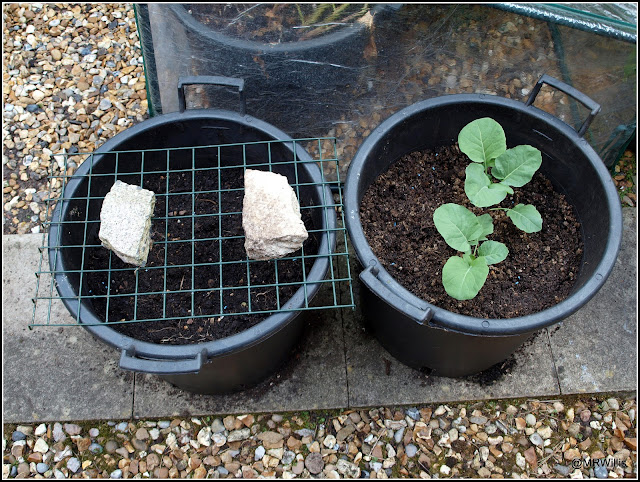 When some more pots are freed-up I think I might sow some Dwarf French Beans and maybe some Beetroot. One thing I'm definitely not going to sow is Radishes, because I have never had any luck with growing them in containers. For some reason they always bolt and never produce any worthwhile crop. I wish I knew why...
Posted by Mark Willis at 12:30