During March and April every year the windowsills in our house are always crammed with pots and trays of seedlings. This year there is the added "problem" that 9 of my chilli plants from last year have survived the Winter. It's still too cold for them to go outside, so they are on windowsills too.


This is a pot of "Toledo" Leek seedlings, which have just germinated: 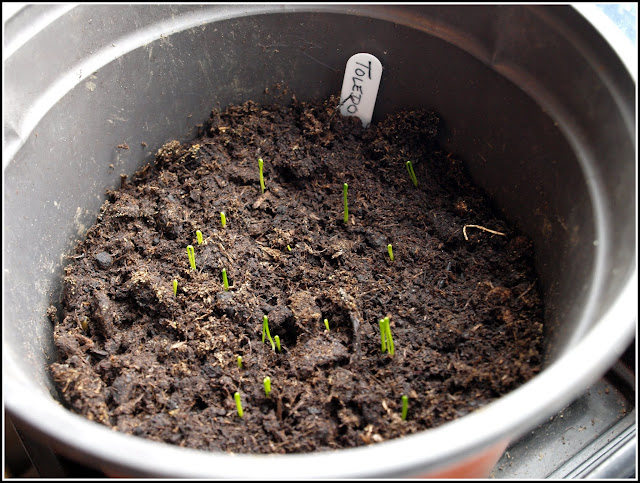 Initially I had this pot in the garage, but after about three weeks with no sign of anything coming up I moved the pots indoors. The increased temperature kicked the Leeks into life and they germinated after only 3 or 4 days. I'm lucky that we have central heating radiators underneath almost every window, so the windowsills are as good as many purpose-made propagators! Last year and the year before I transplanted my Leek seedlings into individual pots when they were still very small and then grew them on to the pencil-size stage before planting them out into their final growing-positions. This year I am going to skip the individual pots stage and plant out straight from the original pot. This will minimise root-disturbance as well as saving time and effort.


My Basil seedlings are coming on nicely too, and are just about ready for transplanting. 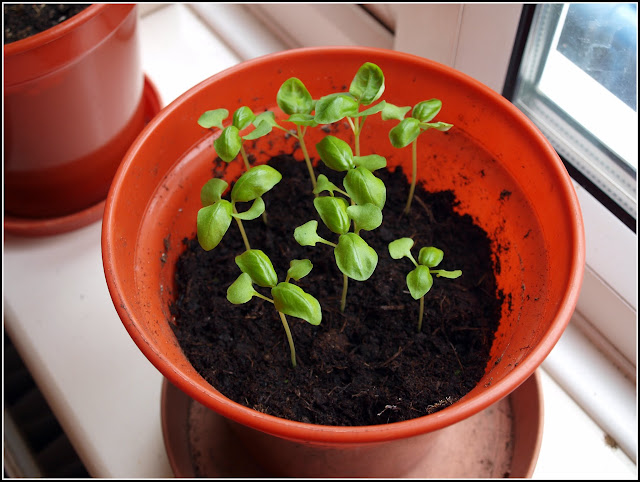 There are 9 seedlings in that pot, and I think I'll transplant them into pots of the same size, but with two plants in each. I always grow Basil indoors even after transplanting, because it never did well when planted outside. Being originally a Mediterranean herb, it evidently still prefers a Mediterranean climate.


My latest batch of Parsley seedlings is not so special. I sowed about 20 seeds but so far only 8 have come up, and they have germinated many days apart from one another, so the are very uneven in size. 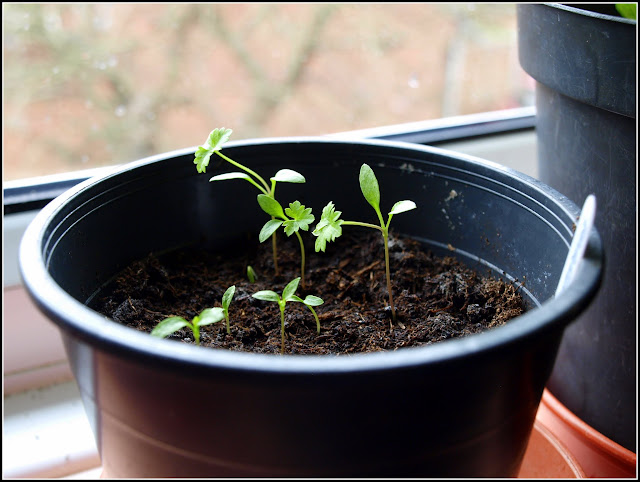 I don't know why this has happened, because I have not done anything different this time. Just "one of those things", I suppose. I think I'll do another pot soon, so that I will have several clumps of Parsley all at different stages of maturity.


This year I germinated all my Broad Beans in pots on windowsills too, which has worked very well. Almost all the seeds germinated too. There were just two No-Shows. These ones here are "Reserves", just in case of casualties amongst the main crop, which has already been planted out. 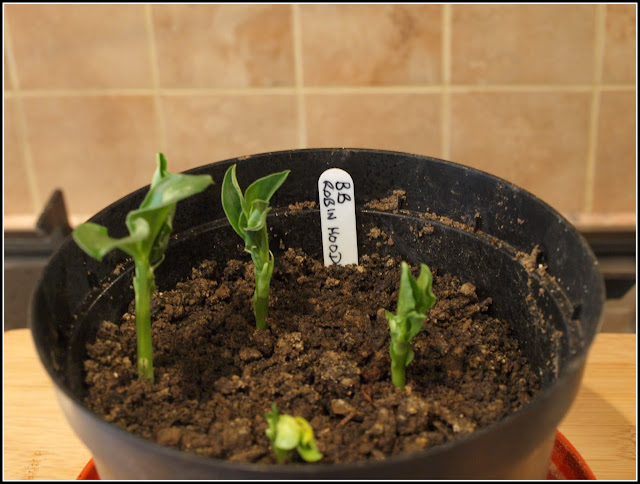