Having in the past not had much luck with growing peas (they always suffered badly with mildew), it is with some trepidation that I have decided to have another go this year. Fresh peas from your own garden are just so delicious that it is hard to resist!


A month ago (Feb 26th, to be exact) I sowed some peas of two different varieties in one of my raised beds. So far none of them have appeared. Are they OK? Have they been eaten by mice? Have they rotted in the soil? I'm getting anxious... However, in my usual fashion I also sowed some peas indoors in pots as a sort of insurance policy. These ones were sown on 30th January. They are "Early Onward". 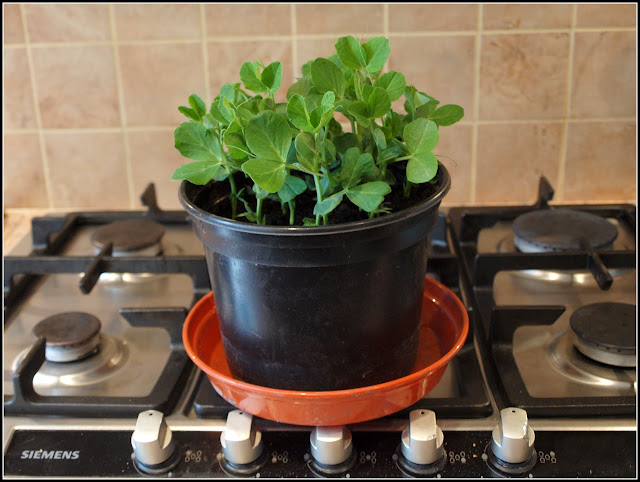 I have been tempted to use them in a salad as pea-shoots. I think if the outdoor ones had germinated by now, I probably would have. 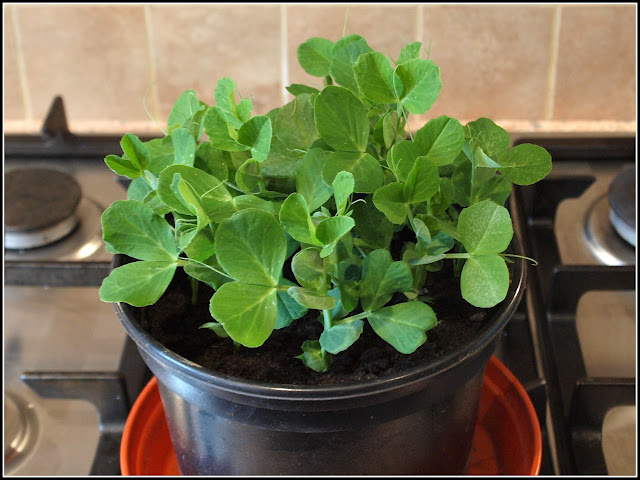 However, the seedlings looked very healthy and were just the right size to go outside, so I have planted them in the raised bed where the other peas seeds were sown. I had to be very careful in selecting where to put them, since I wasn't exactly sure where the un-germinated ones are / were. I made holes with a wooden dibber and planted the pea seedlings deeply, with the soil level right up to their lower leaves. 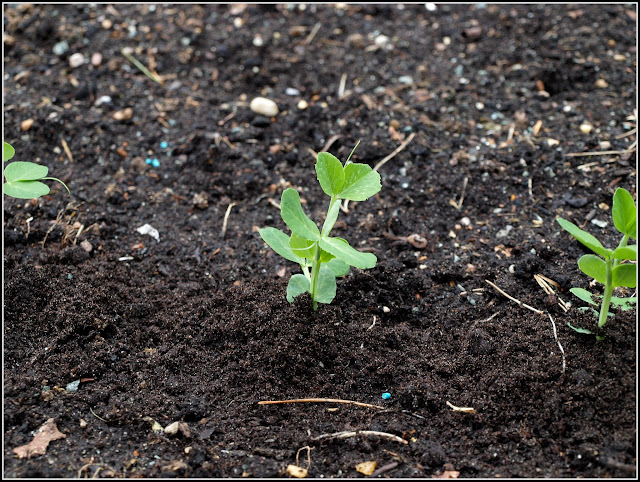 There were 16 peas in the pot, and spacing them evenly along the bed means that they are very roughly 6 inches apart. 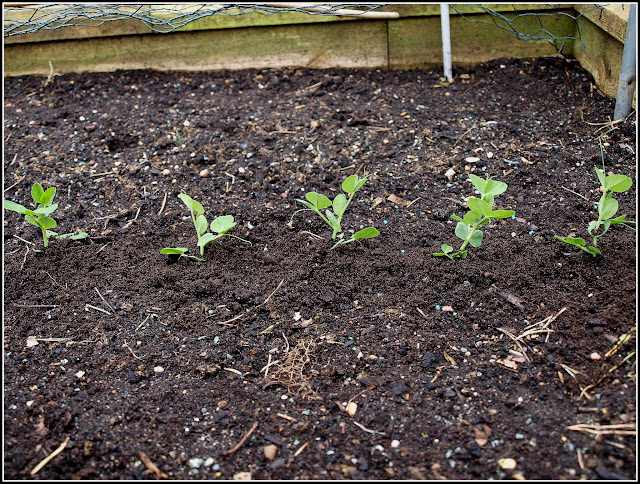 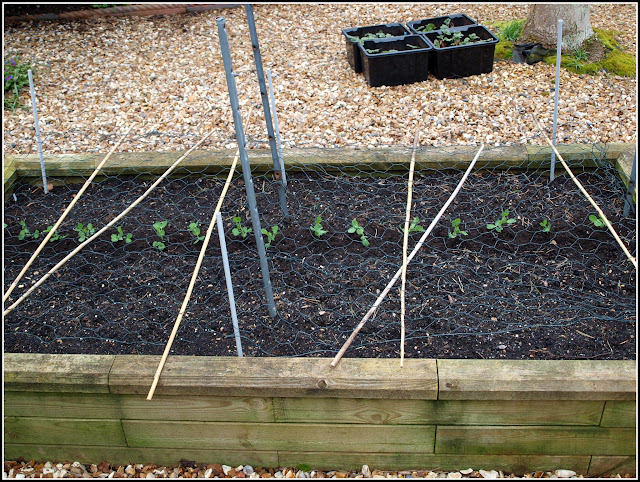 As you can see, they are comprehensively barricaded against the local wildlife. A piece of chicken wire is pegged over the bed, and it is supported by some bamboo canes laid across the bed, keeping the wire well above the peas. A sprinkling of slug pellets completes the defence. 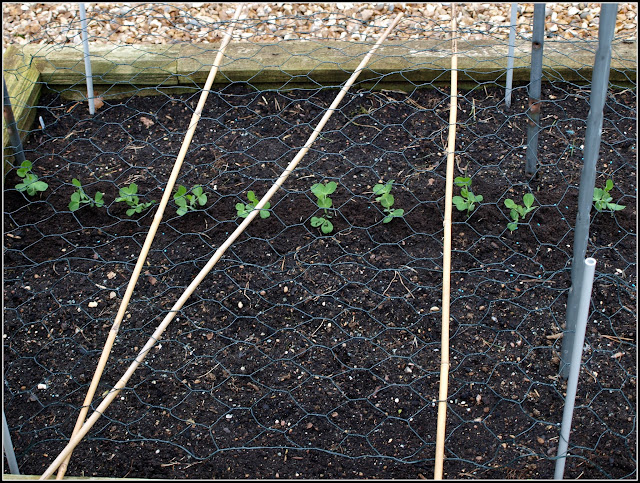 I have two other pots of peas growing on the Dining-Room windowsill, but their germination rate has been very poor. In both cases I sowed 16 seeds, and in both cases only 6 have come up, and a couple of those look fit to die! I think I will start again...


P.S. On a different note... Some of the Asparagus that I transplanted into a big container the other day has evidently survived the move:- 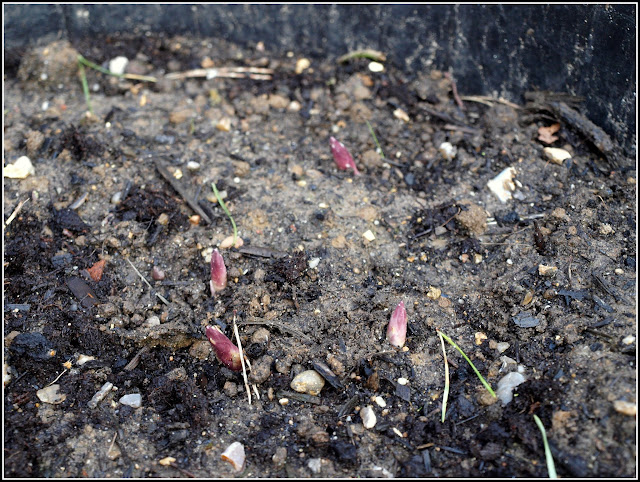