Most of my chilli seeds have germinated now and the Growlight House is full of little plants. 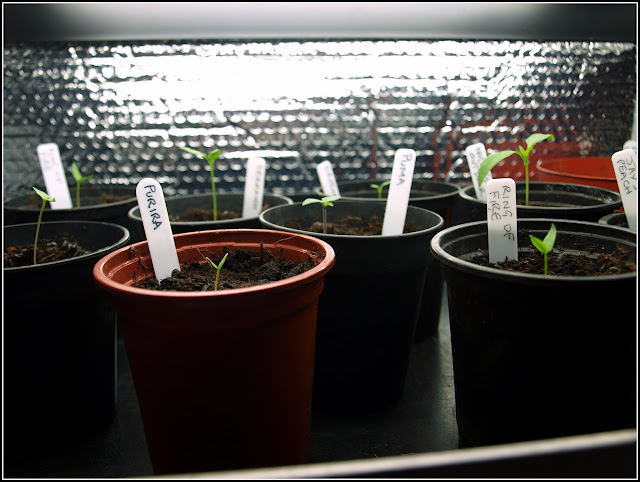 The other day Jane received a parcel which had some interesting packaging material in it. It's like bubble-wrap but silvered on both sides. I have commandeered it to enhance the light levels in the Growlight House. 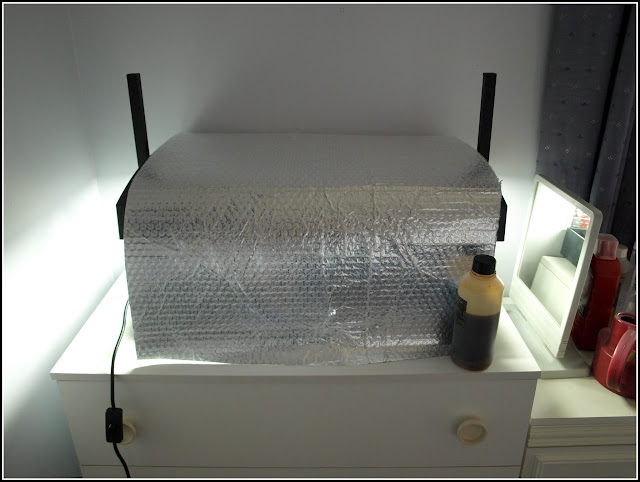 I have also positioned a free-standing mirror at the end of the set-up, which reflects more light. 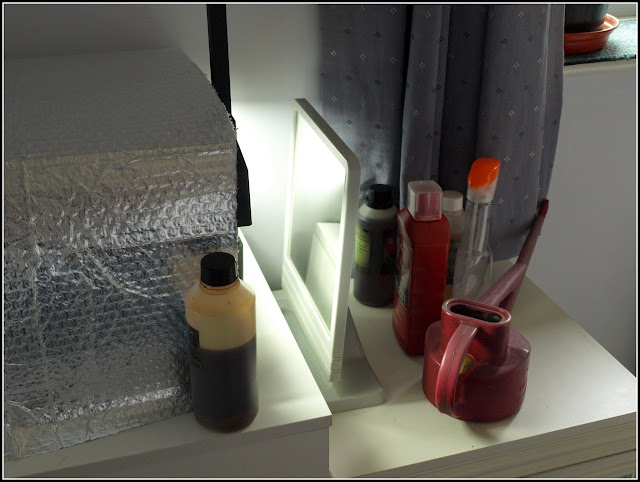 Now that the chillis are "up and running" it's time to get some tomatoes in. Today I sowed 20 pots of them, aiming to eventually have 16 plants. As with the chillis, I have put two seeds in each pot, and if both germinate I'll keep the strongest and discard the other. 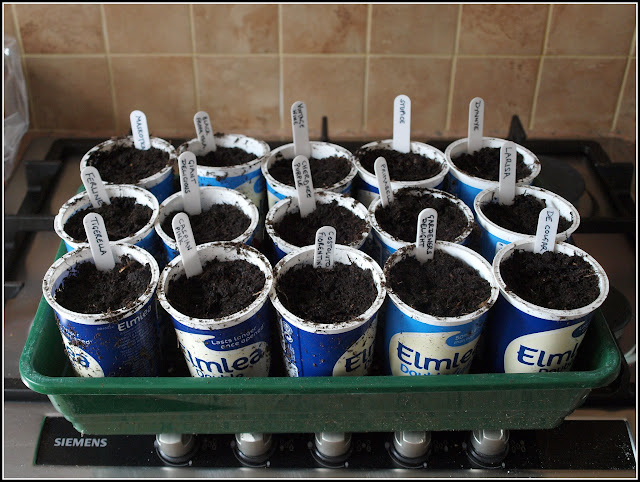 The trays of pots are put inside large plastic bags, sealed with a clothes-peg. This helps maintain humidity, which in turn aids germination. Then they go into the airing-cupboard until the seeds germinate. I check them twice a day, and any that have germinated are lifted out and put under the lights.


As you can see, there's something of everything there - large, small, red, yellow, pink, black. I'm doing my bit for bio-diversity!


The ones of which I'm growing two plants are "old faithfuls", varieties which I have grown successfully many times before. 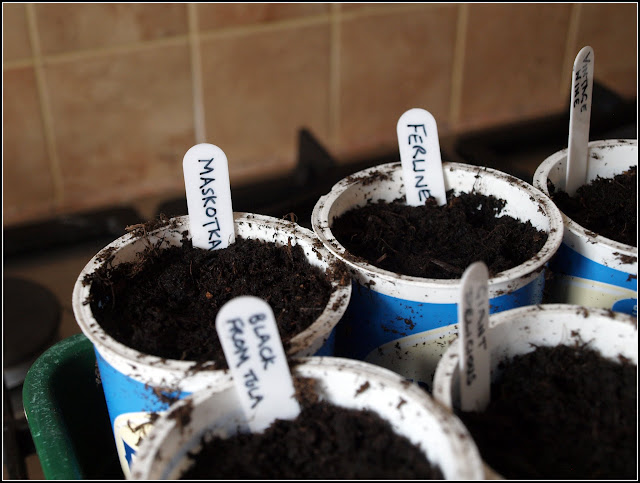 Ferline, noted for its blight resistance, is a big plant with large red fruits, and Maskotka is a trailing bush variety which produces a mass of red fruits the size of a small apricot.


My plan is that by the time the tomatoes germinate, the chillis should be big enough to survive without the artificial light. They will be moved to the windowsills, and the tomatoes will take their place, so I hope the weather is going to buck its ideas up. We could do with a spell of nice sunny days - although the prospect for the Easter weekend looks pretty grim.


Growing chillis and tomatoes without the aid of artificial lights is tricky, to say the least. Both of them take quite a long time to produce ripe fruit, and it is desirable to start them off early, but with our weather being as it  is, it is really best to wait until about the end of April before sowing. Having the lights allows you to sow about a month earlier.