This post is as much for my benefit as anyone else's. I use my blog as a sort of garden diary, so that I can keep track of progress, and today I am recording the state of play for that purpose. Of course, if you're interested too, then by all means read on...


Almost all the Winter veg has been finished now. The Brokali still has a few shoots that might be worth using, but it has not been a great success. 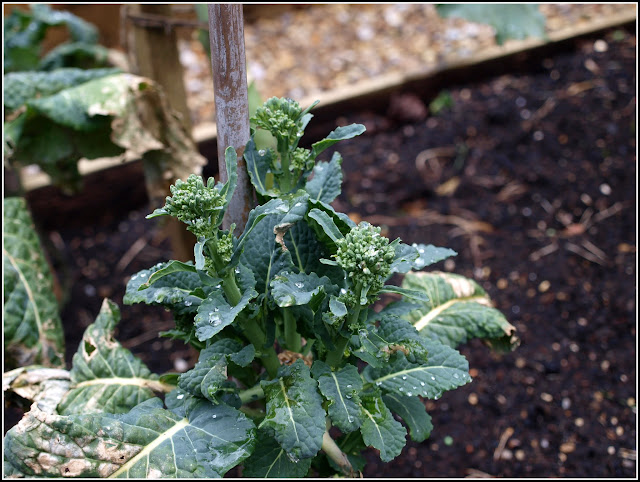 Unlike the PSB, which has done very well and will still yield another couple of batches of spears. 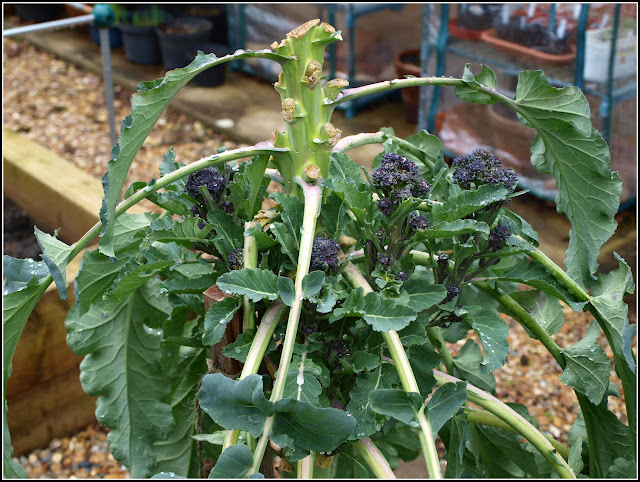 The Radicchio has been more or less a washout. It never came to anything much, and the few plants that have survived the Winter remain resolutely minuscule. I don't know why this is. Probably just the weather, because I didn't do anything different to it. 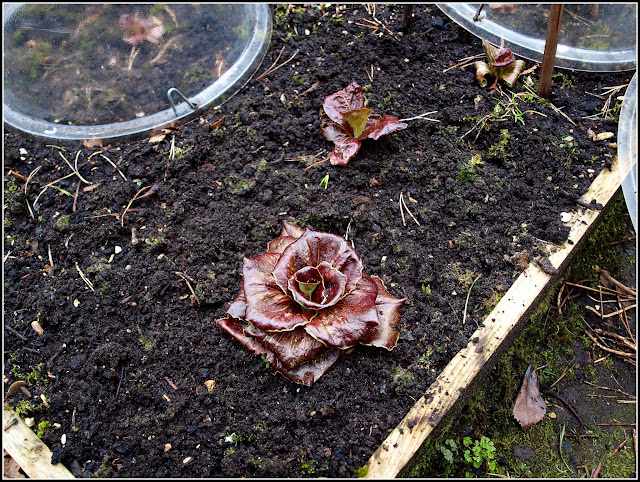 I have about 30 Broad Bean plants coming along, although they are mostly just a few inches high. I anticipate being able to transplant them to their raised bed in a week or ten days. 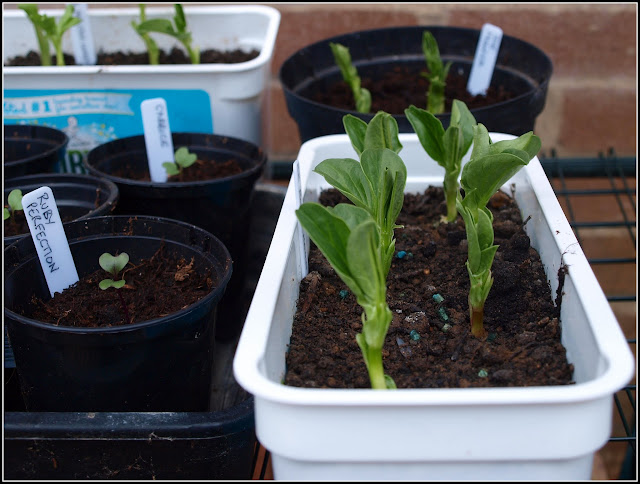 I have 12 Cabbage seedlings of 6 different varieties, but again they are still tiny, and I will be keeping them in one of the mini greenhouses for several more weeks I think.


I have also sown three different types of Pea - "Early Onward", "Terrain" and "Douce Provence". Some of these are in a raised bed, and others are in pots under cover (hedging my bets as usual!). 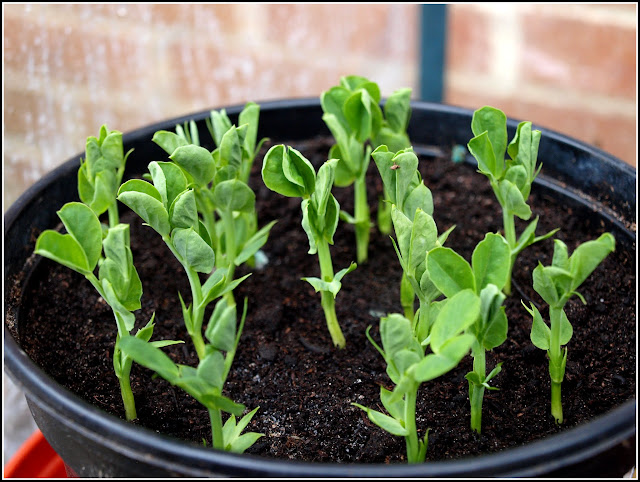 On Feb 14th I sowed some "Finger" Carrots in a couple of plastic crates, for growing in my wooden raised planter as I usually do. They haven't germinated yet, so I hope they haven't rotted in the cold wet weather we have had. I fear I may have to re-sow.


I also sowed a couple each of four different types of Lettuce, and they too have yet to germinate. However they only went in on Feb 27th and they are in a mini-greenhouse, so they will probably be OK.


In the garage I have 20 seed potato tubers chitting. I expect to be planting the first ones - "Lady Christl" very shortly.


Last weekend I sowed a pot each of "Toledo" and "Apollo" Leeks, with about 20 seeds in each. This year I am going to try growing them to transplanting stage in those same pots, without transferring them to individual pots as I have done the last couple of years. I think double transplanting may not be best for them.


I have some Basil seedlings which are about two inches tall. They will be transplanted to separate pots when they have doubled in size. I also have four batches of Parsley seedlings at various stages, one of which is only just germinating.


After being away from home for a few days earlier this week I am not expecting to be away again any time soon (you know I am retiring from work at the end of the month...?), so I felt able to sow my chillis today. I have sown 16 pots, each with two seeds in. If they both germinate, the strongest seedling will be kept and the weakest will be discarded.


Deciding which chillis to grow was very hard, because I now have so many varieties of seed. For better of for worse, this is my 2016 list of chillis:


As you can see, that's a fairly mixed bag - something of everything - which should mean that at least some of them will do OK.


I also have one very tiny Red Habanero chilli plant that I grew from a seed sown in the Autumn, just as a seed-viability test. It is only about two inches tall and has been like this for the last 5 months. I'm hoping that as the weather improves it will finally start to grow.


The Rhubarb has certainly begun to grow. Having left it to settle into its new home last year, this year I will feel justified in picking a few stalks. 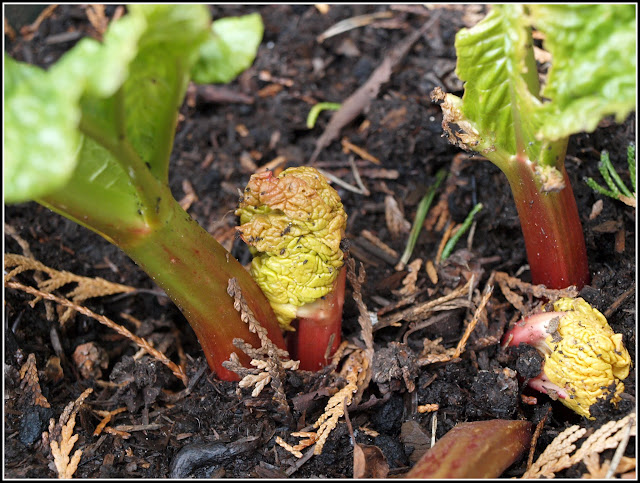 We have had a lot of rain recently, so the ground is very wet - not suitable for sowing anything, which is a shame because I am keen to sow some Beetroot and some Radishes. I need to get the new raised beds done too, so that I can put in some Parsnips, but again the weather has hardly been conducive to such work. The weather forecast for the next few days looks a bit more promising, so maybe I'll be able to get the beds done soon.
Posted by Mark Willis at 18:00