Roast chicken with Leeks and Tomatoes

A couple of days ago I saw a photo published on Instagram by Sami Tamimi (the less well-known co-author of the brilliant cookbook "Jerusalem", written in conjunction with Yotam Ottolenghi). It was of a dish he described as "Roasted chicken with tomato, leek, sherry vinegar, cumin and paprika". It looked so appealing that I decided to try to recreate it, even though I had no recipe for it. 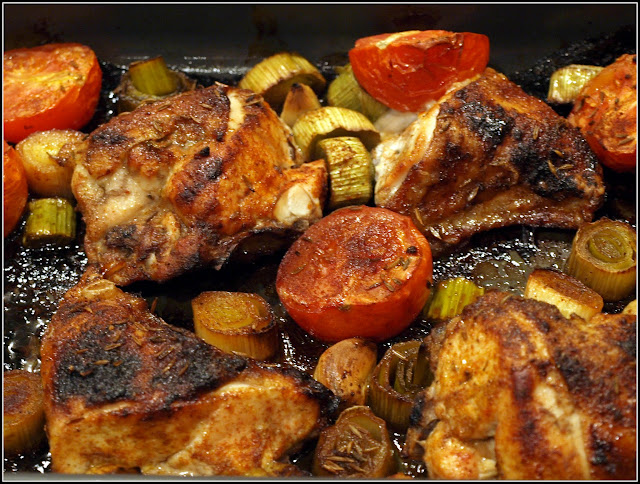 Sami Tamimi's dish was evidently made with bone-in chicken leg / thigh portions. I had only some large breast portions, but at least they had skin on and a little bone too. Since they were so big, I divided each one into two. I marinated them for a couple of hours with olive oil, powdered cumin, and paprika - both the sweet version and the hot one. 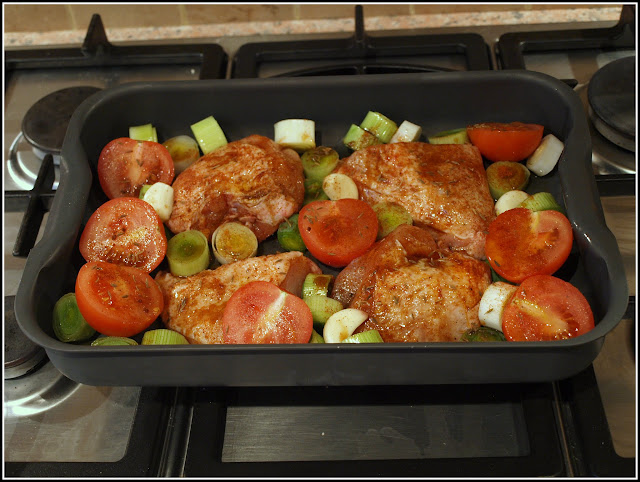 Nearer cooking time, I put the chicken into an oiled roasting-tin, along with two leeks sliced into 1-inch pieces, 4 whole peeled cloves of garlic and 4 smallish tomatoes, halved. The whole lot was then sprinkled with cumin seeds, more powdered paprika and some salt and pepper, plus a generous splash of dry Sherry and a drizzle of Pomegranate Molasses. At the appropriate moment the dish went into a pre-heated oven at 180C, for about 45 minutes.

To accompany the chicken I prepared some Savoy cabbage and some Purple Sprouting Broccoli (both from my garden) and some couscous to which I added toasted pine-nuts, currants and chopped fresh Parsley. 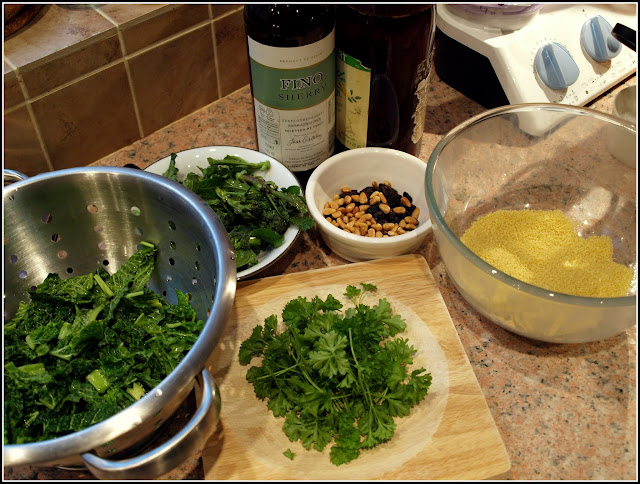 A few minutes before serving-time I sloshed in a little red wine vinegar, which provided a lovely counterpoint to the sweet molasses. After 45 minutes in the oven, this is what the dish looked like: 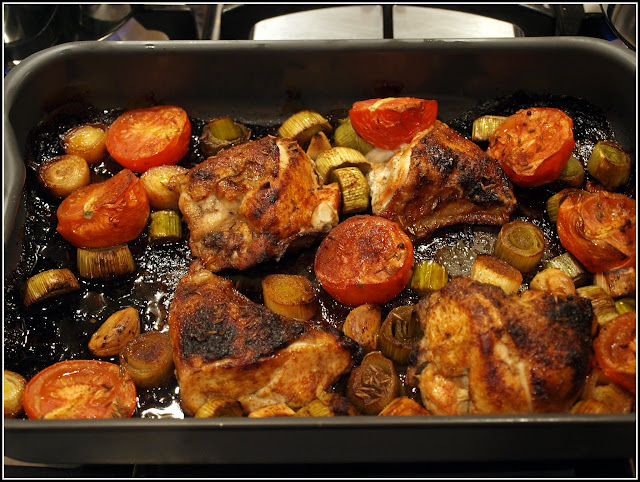 We loved this dish. Cooked with the skin on, the chicken stayed beautifully moist, and the flavours combined really well - sweet tomatoes and molasses, sharp sherry and vinegar, soft couscous with little nuggets of crunch in the toasted pine-nuts, iron-rich cabbage and broccoli. I nearly forgot to mention the leeks! A little charred on the outside (caramelised), but soft and creamy on the inside. 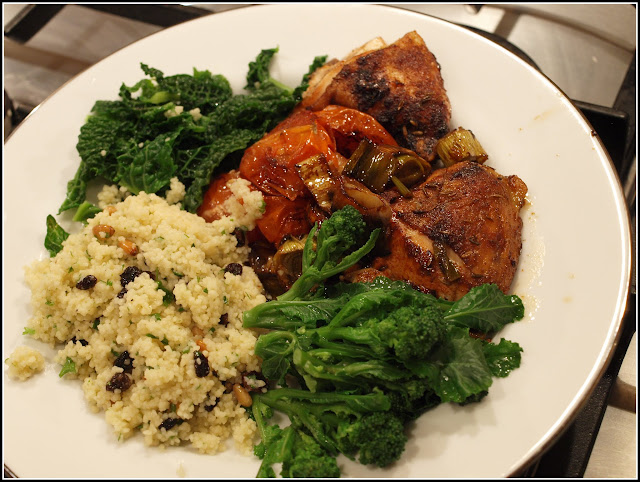 I used to think of Yotam Ottolenghi as Number One, and Sami Tamimi as Number Two, but now I realise that Sami is just as good! This recipe will undoubtedly be used again.