My Purple Sprouting Broccoli is nearing the end of its days. 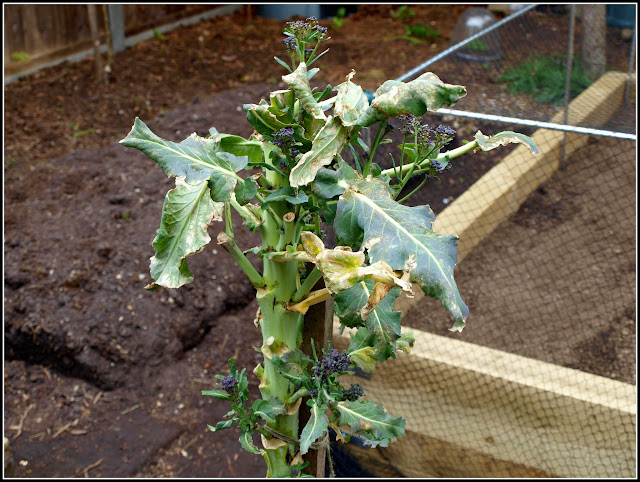 I don't think there is much more to be had from poor old "Rudolph"! 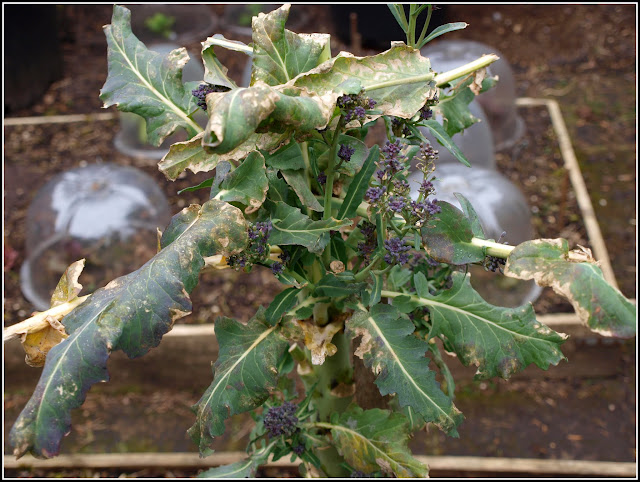 The best bits of "Early Purple Sprouting" have also gone, but if you look under those big leaves, you'll see that there are still some worthwhile spears. 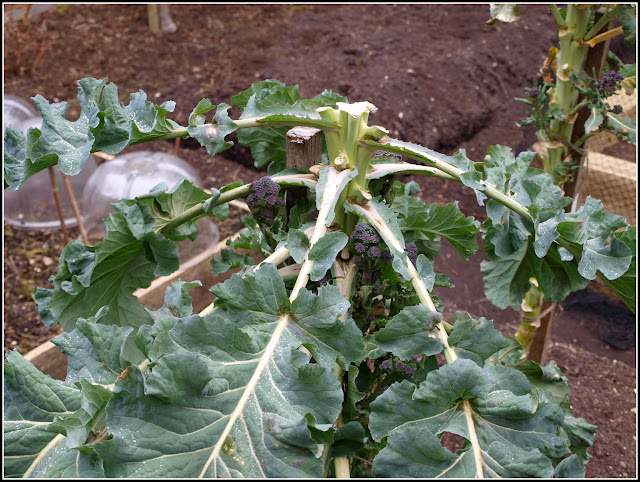 This is the same plant, with the big leaves removed. 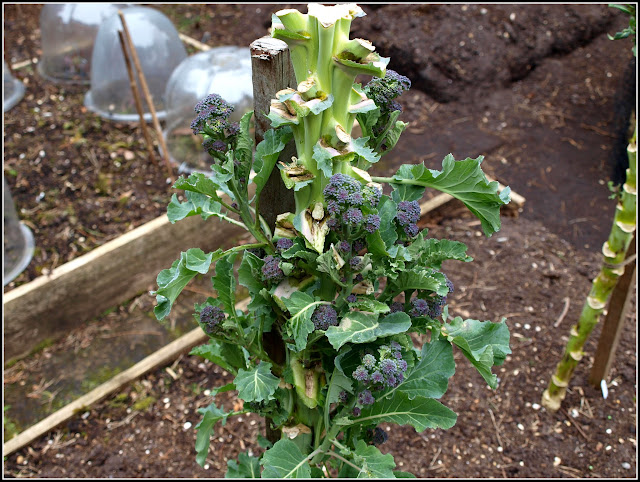 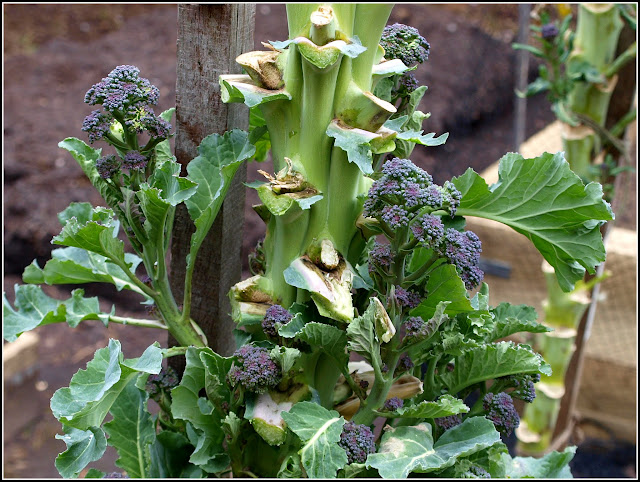 Yesterday I took down the "Rudolph" plant. The main stalk of a broccoli plant is big and tough. The secateurs weren't big enough for the job; I had to use the loppers. 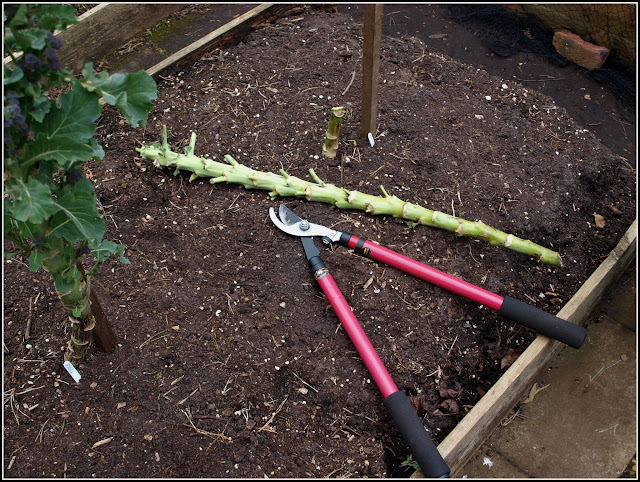 I know from experience that if left whole, the big stalks decompose very slowly in the compost bin, so what I do is chop them into 6-inch pieces and smash them with a heavy hammer to break them into smaller bits. 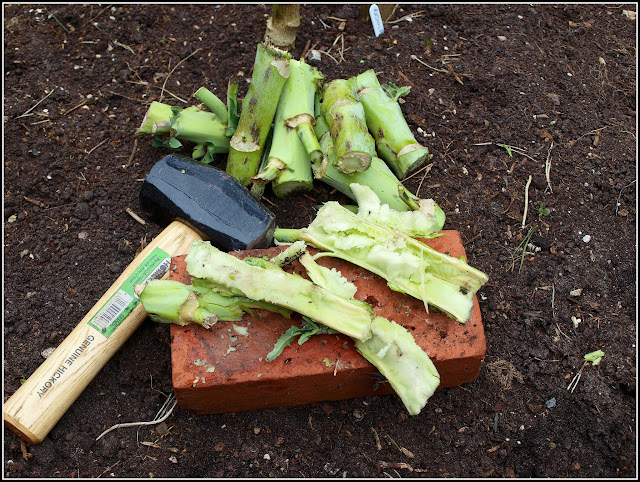 The only part of the plant that doesn't go into the compost-bin is the root. This goes into a bag for eventual transfer to the Municipal Tip. 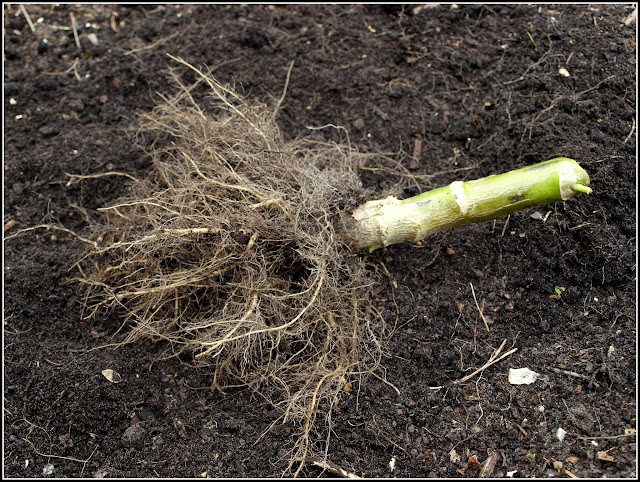 My other two plants will both yield one more small harvest before they go the same way. In a month's time I will sow the seeds for next year's crop, and the cycle will start again.
Posted by Mark Willis at 12:00