After a foggy start, we have had some glorious sunshine today, and I have been out in the garden. One of the jobs I did was planting potatoes. This year I am "going easy" on the potatoes and not growing quite so many. I aim to have only 12 containers of them instead of the usual 20 or so. I now have 8 big sturdy 35-litre pots and I have decided to grow two potato tubers in each of those. I also have four decent but smaller (approx. 20-litre?) containers, which are going to host one tuber each.


Today I prepared 4 pots, though I only planted-up two of them. These first potatoes to go in are four of "Lady Christl", a First Early variety. 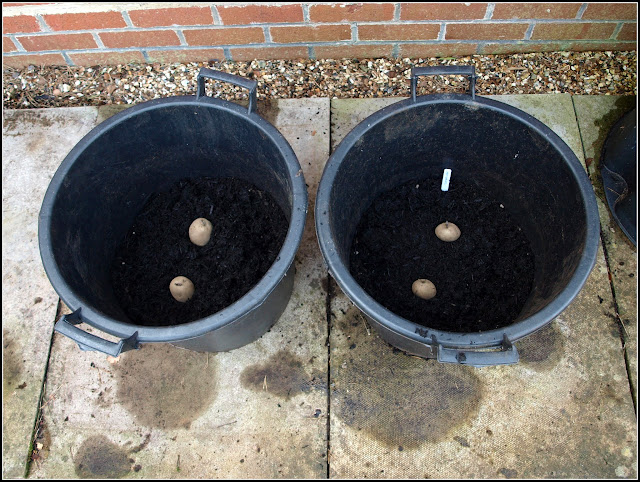 As regular readers will know, I have had lots of problems over the last couple of years with contaminated compost, and I have gone off the products of the company called Westland, in a big way. This year, therefore, I have to try some new compost(s). For this first batch of potatoes I have bought some of the peat-free compost from Wickes, the DIY store: 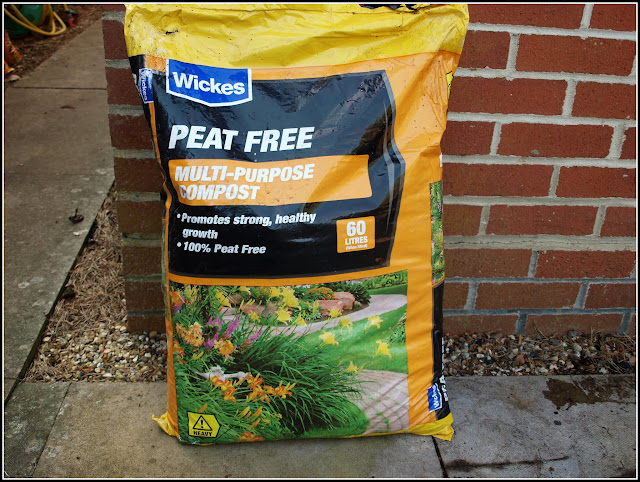 This stuff was priced at £4.49 for a 60-litre bag. I bought three. The compost is very fibrous, and very black. Not necessarily a bad thing, but rather alarming at first sight. At least it doesn't appear to contain any bits of wood or plastic! 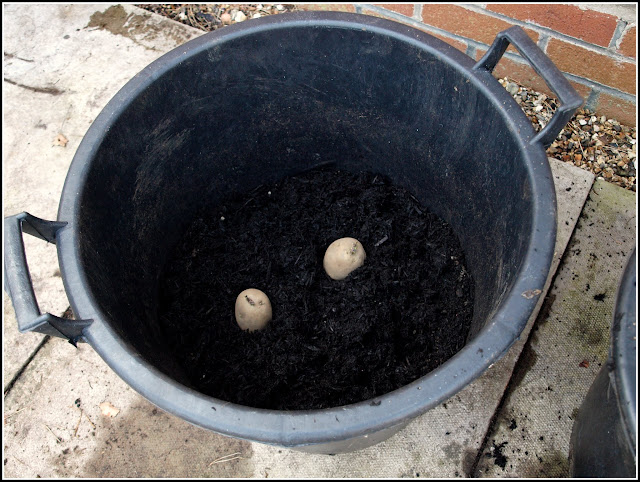 In the bottom of each pot I placed a 3-inch layer of loam, then a 3-inch layer of the compost, and thoroughly mixed in a handful of pelleted chicken manure and a handful of Growmore general-purpose fertiliser. On top of this I put another layer of compost and nestled the two potato tubers firmly in it, with their rose ends (the ends with most shoots) uppermost. Finally I covered them with more compost. When the shoots push up through the compost I will add another layer of compost and loam, and keep doing this in a procedure known as "earthing-up", until the top of the pot is reached. Doing this promotes the formation of lots of roots along the stem, hopefully leading to the production of plenty of new tubers.


The pots are now covered with plastic greenhouses. This type is known as a "Seedling Greenhouse". It is shaped like a cold-frame, being taller at the back than at the front. 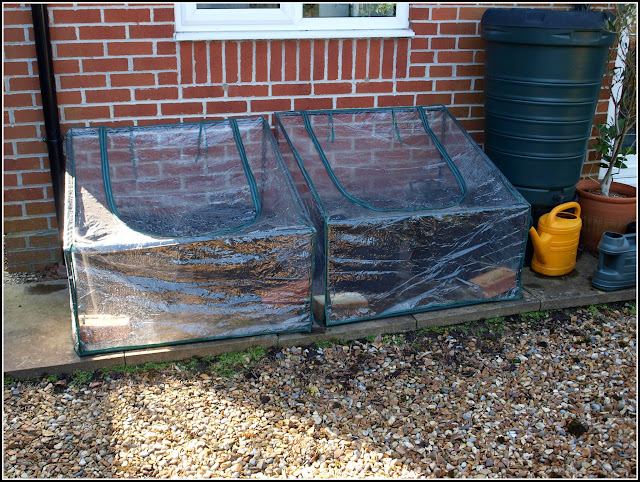 keeping the pots in these greenhouses will protect the potatoes from any frost we might have, whilst allowing them to get the maximum amount of light available. You'll notice that I have weighed-down the greenhouses with a brick at each corner to stop them being blown away, because they are extremely lightweight.


The other two pots I prepared today will eventually host four tubers of "Charlotte", a Second Early variety, but I judged that they were not yet sufficiently well chitted to be planted. I'll leave them another 10 days or so.


While I was working this afternoon, a pair of Robins kept me company. I'm fairly sure they are nesting in the Laurel bushes between our house and the road. The bigger bird (presumably the male) swooped down right next to my feet a couple of times, to pick up some little insects he had spotted in the gravel. 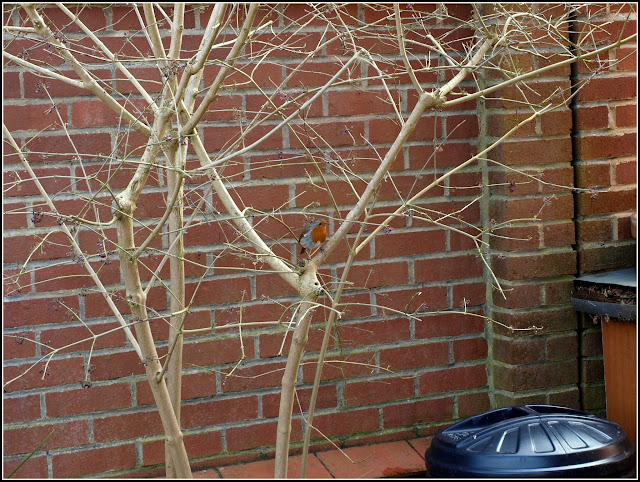 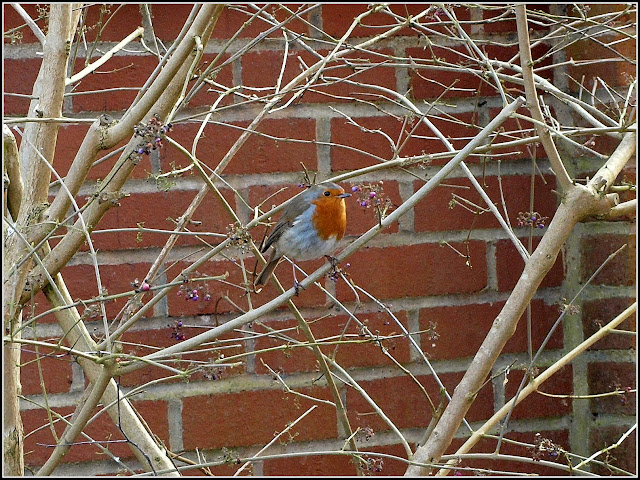