I have been growing tomatoes for many years now, and I follow a well-established routine. For the last three years I have sown them in late March, and after germination have kept them in my Growlight House for a few weeks before potting them on into 5" pots.

Here are some of them, spending the night indoors... 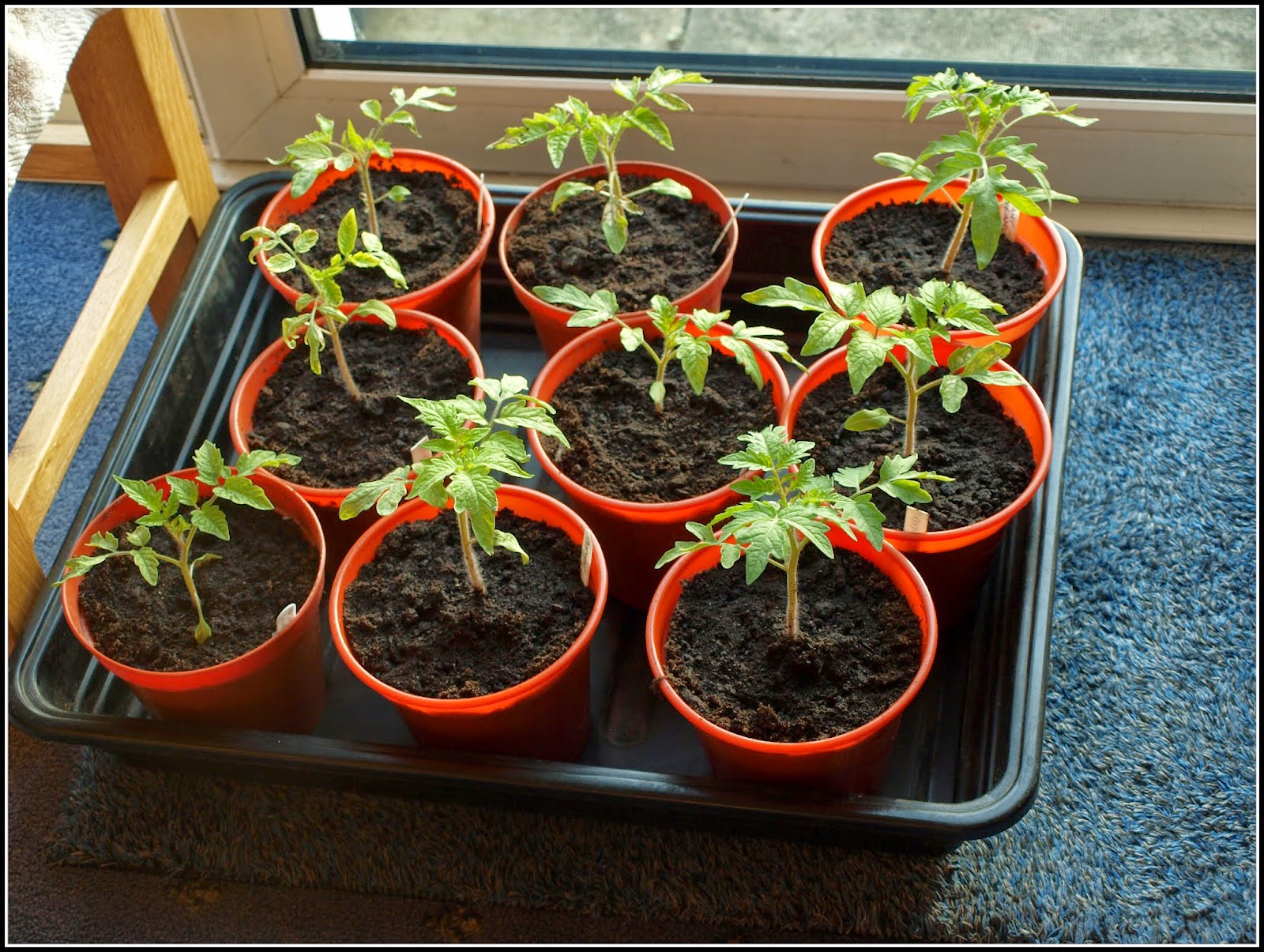 Recently we have had a lot of bright sunny weather, so the tomato plants have spent several hours each day outside in order to get as much natural light as possible. However, despite the sunshine, the temperatures have not been high - typically a maximum of 12 or 13C in the middle of the day. It has also been windy on many days. Because of this, some of the plants are not looking very happy. Many of them are pale and rather sickly-looking. 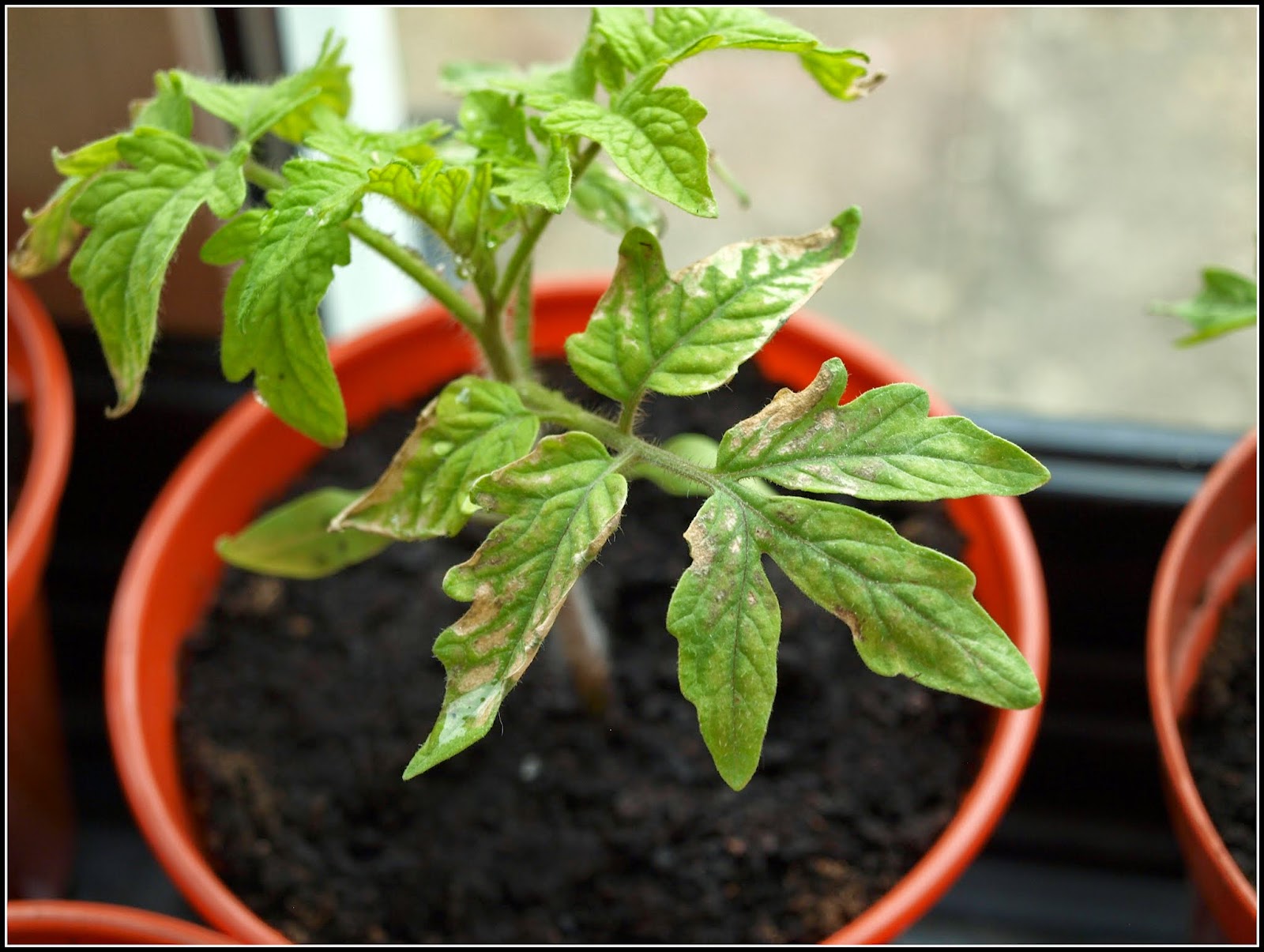 I'm not sure whether this is due to the weather, or to do with lack of nutrients in their compost. I think it may be a combination of both. After last year's fiasco with the weedkiller-contaminated compost, I am always suspicious. This year I am using Westland's "Jack's Magic", which looks nice and has a fine crumbly texture, but who knows what nutrients / contaminants it does or does not contain??

They are not all bad though. This "Primavera" one looks OK, doesn't it? 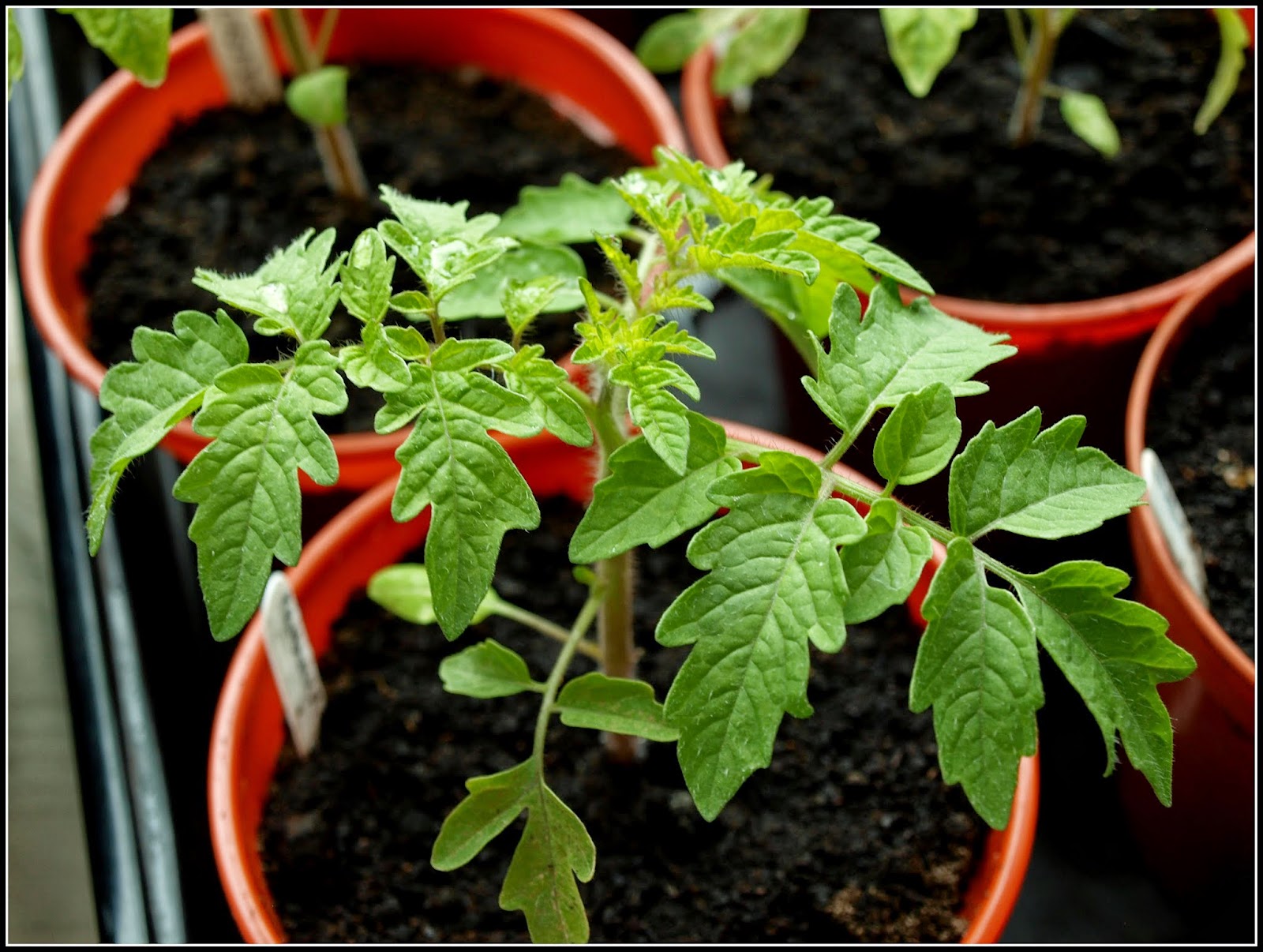 I have already given the plants a dose of "Tomorite" tomato-food, which I wouldn't normally do before they had their first flowers, but I thought they were in dire need of nutrition! 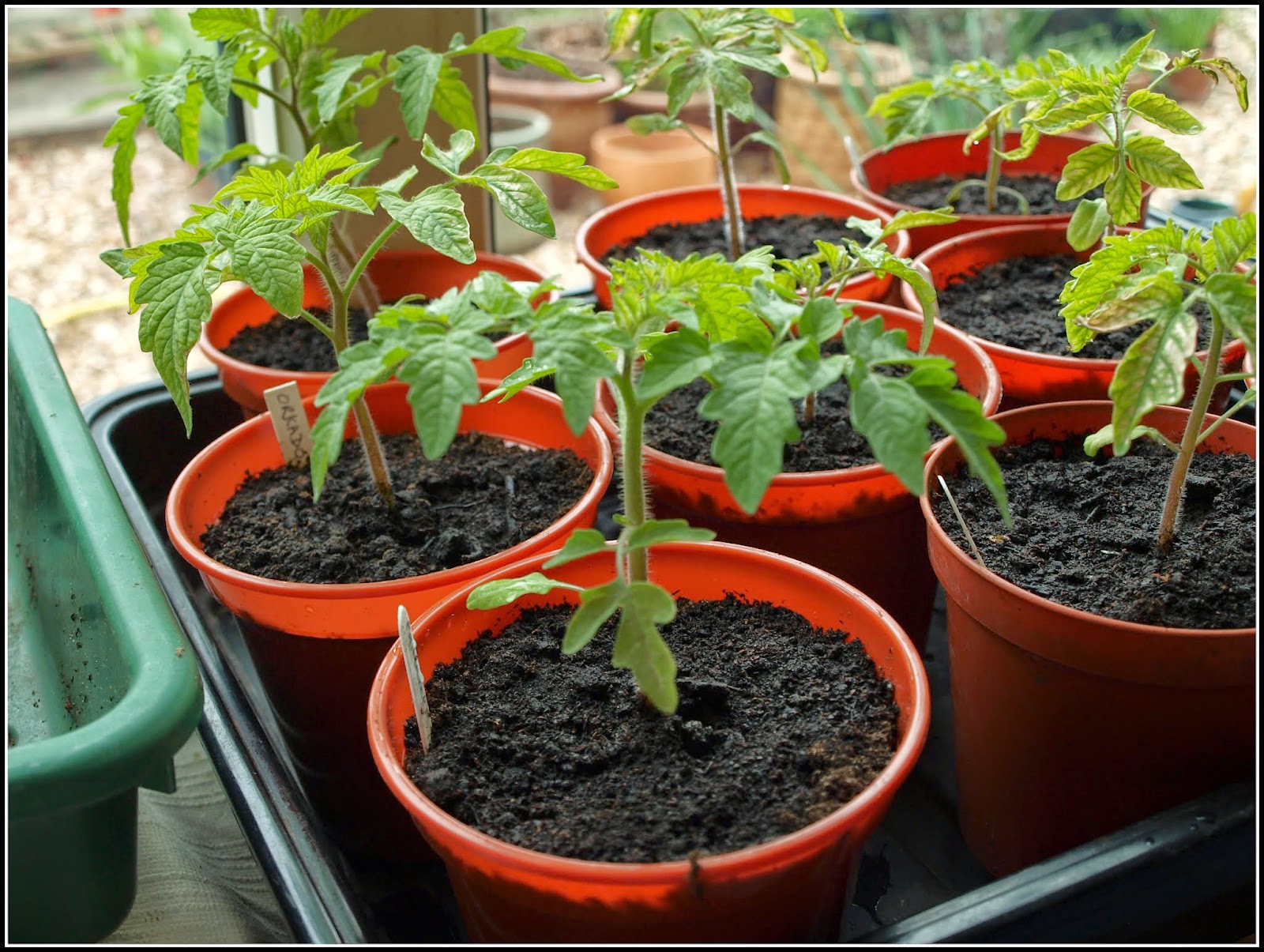 My plants will remain in these 5" pots for another two to three weeks, and will then be transplanted to their final containers, mostly the big self-watering "balconnieres". I don't want to do this until the risk of frost is past, so mid-May is the target date.

Then comes the big decision: which ones will I keep and which ones will I discard? I currently have 30 plants, but I think I must limit myself to growing no more than 20, so some will have to go to new homes. At the moment it looks as if a big factor in the selection process will be the plant's state of health.
Posted by Mark Willis at 12:00